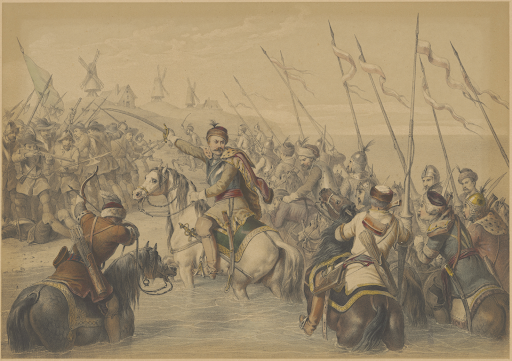 a little remembrance of the Deluge and Polish cavalry action - on December 14, 1658 AD Stefan Czarniecki, commander of the Polish Crown army division in Danish Kingdom, ordered his horse banners to cross the open Baltic Sea waters, circa 500 meters wide straits, onto the island of Als, where the Swedish invaders were holed up. The cavalrymen and their horses crossed the straits and having surprised the Swedish enemy with their resolve and bravery and being somewhat immune to the freezing cold, won the day. 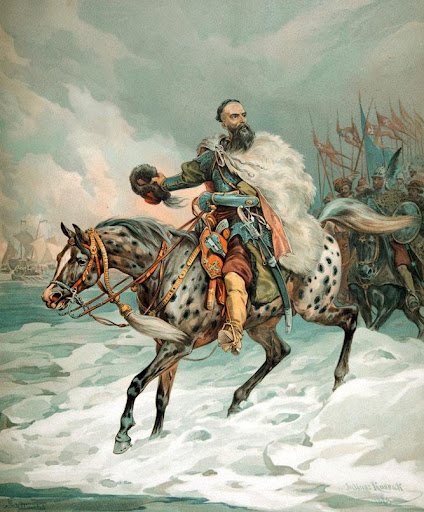 This event was described in some detail by one of the most famous Polish diarists of the XVII century, Jan Ch. Pasek, who was also a pancerny kozak companion serving under Stefan Czarniecki during the Deluge and this Danish  campaign.

The event was so unusual in Polish history, a very land based nation at that time, that when 150 years later Jozef Wybicki wrote Mazurek Dabrowskiego,  current Polish national anthem, he included this feat in the text of the song.
In Polish art history this campaign was popular with the artists, especially during the XIX century  realism period. 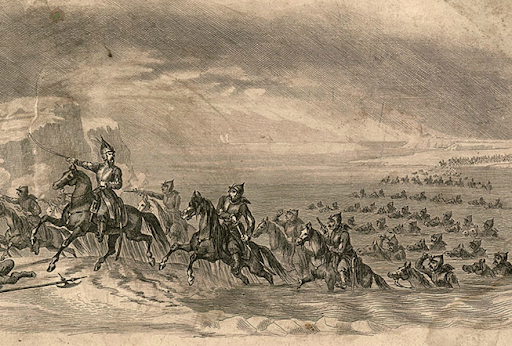 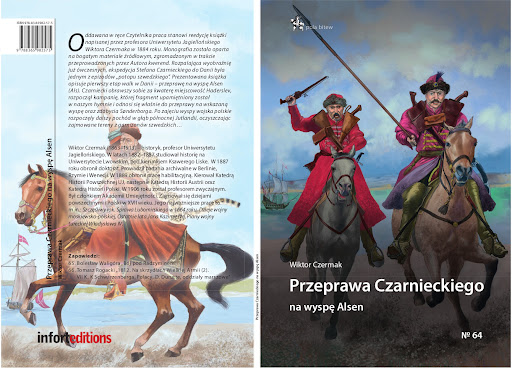 Dear James, thank you very much - all the best - and Merry Christmas