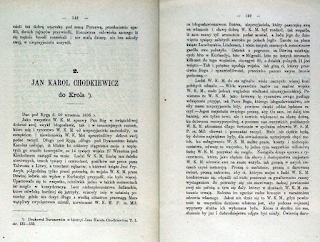 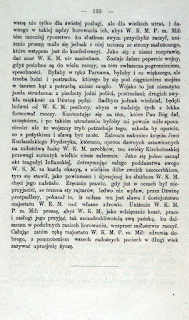 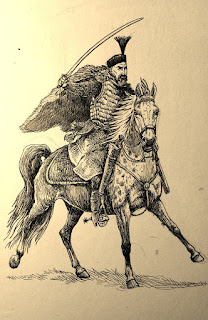 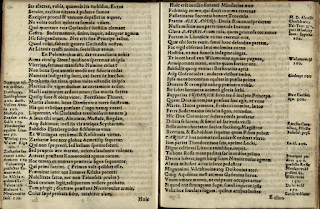 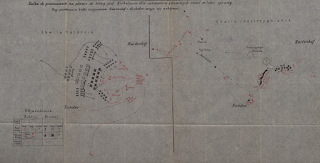 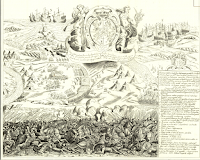 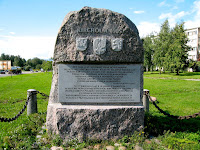 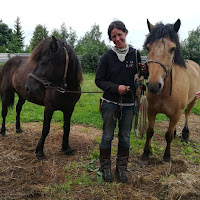 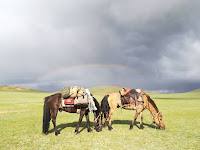 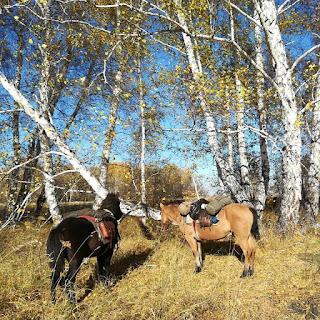 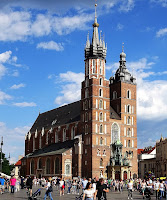 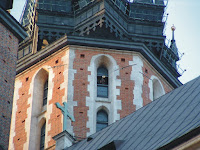 [English]
Paola Giacomini, long distance rider from Italy - see the links at the beginning of this post, rode two Mongol horses from Mongolia to Poland, entering Krakow's Old Market Square today.
This equestrian traveler riding 25km a day crossed Mongolia, Russia, Lithuania and Poland to reach Krakow, where she presented a special arrow from the mayor of Karakorum to the mayor of Krakow, the arrow of peace.
Paola could not ride through Kazakhstan and  instead had to cross the Altai Autonomous Republic and the southern Siberia. There in the vastness of Siberia she met many friendly people who were descendants of the  Sibiraks or prisoners sent there from Poland, Germany, Baltic republic, and other countries under the yoke of the Tsars or Soviet commissars.
She also went to Saratov on the Volga, in her own words  the capital of the Russian horse riding Cossacks, while in Lithuania she saw Zemaitukas (zmudzinki) horse, akin to her Mongol horses.
Long Riders Guild also noted this epic voyage from Karakorum, the old steppe capital of Mongolia, to Krakow, the old capital of Polish Kingdom. 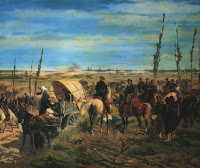 A couple days ago I came across this Italian painter - maestro Giovanni Fattori - and his interesting military paintings from unified Italy that show plenty of military horse and equestrian equipment.
you can obviously view the gallery at Wiki Commons, so I would like to just point you towards his equestrian and historic art. The war depicted in his paintings was the most heroic in the modern Italian history  - the unification of the Italian states by northern Italian kingdom of Piedmont, also known in its totality as Risorgimiento, into one Italy as Kingdom of Italy.
a couple of the paintings and some detail: 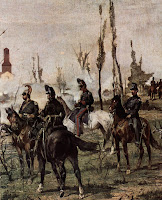 In many ways this road to war was a tragic miscalculation on the part of the leadership of the Polish Second Republic. It was during the course of this horrible war,  1939-45, that the occupiers i.e. Germany and Soviet Union, caused the complete destruction of the old Polish nation (compromised of Poles proper, Polish Jews and Polish Germans and Polish Ruthenians and Tatars) and the post-war period saw the emergence of the new Poland under the Soviet yoke etc.

It was the most tragic miscalculation because (to name the few):
- the erstwhile allies - France, England and Romania - either stood by and thus were released from their obligation on Sept. 8th - Romania; or simply made pompous war declaration on Sept 3rd - United Kingdom and France - and then proceeded to do nothing hence the queer name: a 'drole de guerre.'

- Polish central command  had no actual plan in case of the German invasion past some generalities like the rapidly developed screen of individual Polish army groups all along the frontier with Germany and Slovakia and then upon German pressure withdrawal to some unnamed area towards the east to draw the German Wehrmacht into Poland, all based on the assumption that the Western allies would invade Germany and the German war machine would collapse between Polish anvil and French-British hammer.

- Polish central command did not foresee and did not prepare for the new modern war carried out by the Germans in terms of the three-pronged army group attacks  converging on Warsaw, with the extensive use of combined arms: air force, rapid moving panzer groups and mechanized infantry, hence the name of the German tactics the Blitzkrieg.

- Polish central command did not foresee that the modern warfare required modern means of military communications, i.e., radios, and instead relied to their detriment on telephone lines and couriers. It quickly resulted in the almost complete isolation of many divisions and brigades, and the most appalling lack of military communication between the central command and the army groups in the field within  the very first week of the war, and growing worse with each day.
-during the 1930w Polish military, political and economic leadership did not foresee the need to modernize the armed forces for the upcoming conflicts, relying on the traditional marching infantry divisions and cavalry brigades (with large baggage trains), being rather hostile to the air force (like Pilsudski) and tank augmentation (cavalry commanders etc). They actually thought the the German war machine was exaggerated and even upon Germany taking over of the Czech (Skoda factories etc) military industrial complex with their tanks and artillery, they did not saw reasons to worry, in light of the alliance with the British-French mighty armies.

-Polish central command and diplomatic leadership (minister Beck etc) did not foresee the alliance between the Hitler's Germany and Stalin's Soviet Union. Soviet Invasion of Sept. 17th was the straw that broke the Poland's back for good. It resulted in the 4th partition of Poland between Hitler and Stalin.
and there are other miscalculations too numerous to name -
Poland went from saving Europe from the Communism in 1920 to a national catastrophe or even sepuku in 1939.
*** 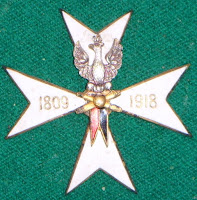 but since I write about the horse and cavalry, so there is something I would like to add about the Polish cavalry AD 1939 and the fight for Silesia -

Namely, the Krakow Army under general  Antoni Szylling had one  cavalry brigade aptly named the Krakow Cavalry Brigade or KCB (created in 1937) and this cavalry command  was ordered to screen and defend a section of the border area  that included northern Silesia to the town of Czestochowa (so called White Silesia), with the Silesia region being the pivotal industrial area in Poland, but also full of fortifications and strong points, with a large Polish Germans population but also populated by the most patriotic and energetic Silesians (they carried three uprisings against the post-Versailles Germany 1919-21).
The 10th Cavalry Brigade (without horse cavalry, but mechanized with light tanks and tankettes etc) was made part of Krakow Army but it was not part of the fighting in Silesia, but in the south, in Tatra and Beskid [Carpathian] Mountains front facing the attack from Slovakia on the left flank of Krakow Army.
Each infantry division in Polish armed forces also had a squadron of the so called division cavalry
[fine diagrams here]. In addition to the regular army there were local Silesian militia units and scouts, some more official as units of   'Ochotnicza Powstancza Samoobrona' (Volunteer Insurrection Self-defense battalion)  that augmented the army and were very motivated and patriotic. 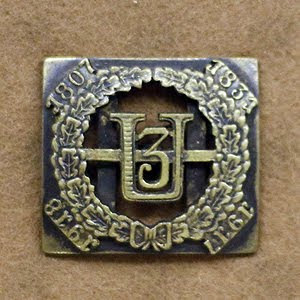 [ detailed reconstruction of a Polish cavalry regiment - in Polish ]
The early morning of Sept 1st, 1939 saw  the Silesian front of Krakow Army attacked by almost 8 German infantry divisions and two panzer division plus numerous air force, Polish units were also attacked from within by the German  terrorists and special operations units wearing the civilian clothes.

During the first hours, starting at 0500 hours, of the German invasion, the defending Krakow Cavalry Brigade came to see the German onslaught in terms of the artillery and aerial bombing of the town of Kalety, and after some three hours the KCB forward elements withdrew towards Wozniki, blowing the bridge on the Mala Panwia River. All  along the KCB front there was heavy fighting, and upon some hard resistance Polish infantry units were withdrawing east from their positions.
Germans entering Silesian towns carried first murders and atrocities on the civilian population and prisoners of war.
Thus already, around the noon hours on Sept 1st, there was a growing gap between the right flank of the KCB and 7th Infantry Division (7DP on the map above). Favorable wooded terrain, in terms of defense, had not been prepared by the Polish defenders, and the German onslaught continued until about 1700hours the German 2nd Light Infantry Division attacked the main units of the KCW but their attack was repulsed. The front, 5km long between Ligoty Woznickie to Wozniki,  held steady by the evening Sept 1.
Around 0530 hours Sept 2nd, and behind the cover of dense fog, the entire German XV Army Corps attacked the KCW front. Tanks and armored carriers attacked Polish cavalry that had only light anti-tank artillery and machine guns, with the horse artillery providing some punch. Around 0800hours fighting on foot the squadrons of Silesian and Poniatowski uhlans attacked, with drawn bayonets, the German infantry that upon some hand to hand fighting withdrew west past the Ligota-Wozniki highway. Then, around 0900hours, the uhlans were attacked by tanks and general Piasecki ordered withdrawal of all units toward Zawiercie. Around noon the KCW was again attacked by the German 2nd light infantry division in the woods to the southeast of Kozieglowy and was holding their positions with utmost difficulty.
In the end the cavalry was unable to hold the Wozniki-Kozieglowy section and the German panzer units penetrated further east, endangering the Silesian front and units in there. German 2nd division crossed the Warta River in Lgota-Nadwarcie, and thus a corridor of 30km was created between the Polish units. About 2000hours  general Piasecki was ordered by the Krakow Army command to prevent the Germans from crossing Warta and taking Zawiercie but the Germans already had crossed and that part became null.
Around 2100hours general Szylling ordered general Piasecki to take positions around Zarki- Pradla, and the entire KCB moved towards that position ( during the night of  2-3rd Sept 1939.
This withdrawal, a tactical maneuver, moving the entire cavalry brigade from the right flank of the Krakow Army to its rear (eventually onto Szczekociny and further east) effectively ended the KCB participation in the defense of Silesia.

While they were engaged during the entire 2nd day of war their commander saw the growing calamity of the border battle in their area of operations. Both right and left flank of Krakow Army were compromised by the evening of Sept 2nd. And there was no reserve to counter those flank attacks.

It was earlier on Sept 2nd, around 1430 hours that general Szylling reported to the central command in Warsaw i.e., marshal Smigly and chief-of-staff general Stachiewicz, that the 'situation of his army demands that [Krakow Army] abandons Silesia and congregates closer to Krakow.'
The central command was dismayed and at about 1500 hours the commander-in-chief marshal Smigly agreed  that the entire Krakow Army was to abandon their defenses and to withdraw towards Krakow, but he wanted to defenses continued and withdrawal delayed until Sept 3rd . Fast moving situation on the flanks of Krakow Army - eg by 1800hours German tanks were in Oswiecim (where the Germans would build the infamous Auschwitz contraction camp for the Polish prisoners in 1940) and Pszczyna battle was a calamity - hastened the commander-in-chief resolve and by 1830hours same day marshal Smigly ordered and general Stachiewicz relied this final order to general Szylling that the his army was to withdraw towards Krakow and beyond (Dunajec-Nida Rivers, and Tarnow) immediately. Krakow Army went on their withdrawal until defeated farther east near Tomaszow Lubelski, well after the Soviet Invasion.
Some military historians say that this fateful decision made less than 48 hours into the war in fact caused Poland to lose this war.


Thus Silesia was abandoned by the regular army by the veneing of Sept 2nd, and by the last regular troops by noon Sept 3rd, 1939.
It was left to the determined and most patriotic units of the Volunteer Battalions and scouts, and civilian insurgents (hard folk like the famus Silesian miners and iron-workers) to defend their Silesia against the Nazi hordes.
Katowice and other towns were defended by the heroic but helpless,  ragtag self-defense units, some civilians and scouts troops, until by the night of Sept 4th the regular German army extinguished all resistance in Silesia, committing numerous atrocities and crimes in this conquest.
vae victis
Valete
Posted by Dario T. W. at Tuesday, September 03, 2019 1 comment: