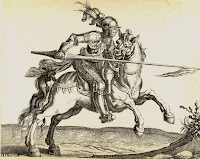 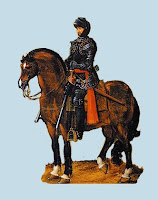 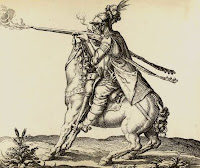 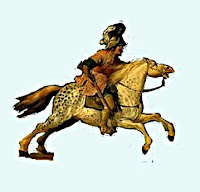 Salve,
long time ago I painted this watercolor . I only have a poor scan since I had given the original to a friend and consequently we lost touch.
I copied a painting that was from an English language book on the South American horsemen, especially the gauchos I think, and it was black and white. I think it was  titled el gaucho del norte, and this implies Argentina, and judging from the horse's head it was depicting a criollo horse.
I wonder if anyone, looking at my copy, may know  the name of its original painter and when it was painted? 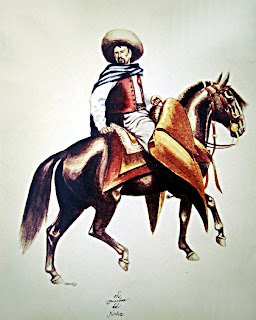 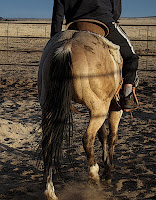 *Dear reader, 100 years ago most people involved directly in breeding horses and horse husbandry were men, hence esteemed professor uses that masculine pronoun.
Posted by Dario T. W. at Saturday, May 14, 2011 No comments:

Chariots horses of Bronze Age I 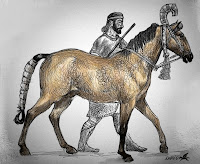