Turkish horses and their tack in Melchlior Lorck's art II

Salve,
let us turn to the detailed tack elements on these horses in Lorck's art.
The plate I am going to examine more closely today shows a rider ( perhaps a sipahi oglan of the Kapikulu cavalry) riding a very nicely collected (and his is riding on a very loose rein, a dream of many modern dressage horse riders) horse, with high, if proud neck carriage and low-set tail ( a proof that the stallion is not an Arabian horse or Arabian descent) carrying a lance with a small pennon with tassells (a bit similar to the Sipahi pennon from the Codex Vindobonensis no.8626). The rider is holding  what it looks like a wicker shield called kalkan,, also armed with a bow and arrows, and a sabre. The horse has his tail gathered with what looks like a ring or a metal band, harkening back to the times of the ancient Saka/Scythians, Achaemenid Persians and ancient Turk riders. The horse himself perhaps is an example of the Turkish horse from the Cukurova aka Cilicia Pedias breeding area.

The peculiarities of his horse's tack are quite a few and merit a closer look. Namely, the first strong feature is the entire bridle arrangement- it consists of simple bridle with a nose band and browband and throat latch and a separate and very ornate (gold, silver or tombac) metal strap from which a long and flowing bonçuk (pendulous tugh of horse tail hairs)is hanging. The reins are 3, two for control while riding attached to the curb-bit with some very long shanks, and the third rein  is a halter rein, attached to the pommel of the saddle.
The entire arrangement causes the horse to elevate his head -not unlike the
The horse bonçuks in Ottoman art from mid-XVI century

The saddle is secured with a breastplate covered with gold or gilded with gold tombac, and the central metal ornament is  perhaps covered with precious and semi-precious gem-stones (popular was carnelian ) and presumably one or two girth straps, we do not see if there is a crouper, but a large blanket covers horse's back, loins and croup, a feature of the Eurasian horse warrior's tack for millennia. The visible stirrup  is  wide but nor excessively.

Returning to the halter rein - this device was to have long life in the military and working horse horsemanship in Eurasia and later in the Americas; exemplum: during the Napoleonic period the complete halter-bridle combination was used (my friend zuzu aka Przemek Dunaj has been reconstructing Duchy of Warsaw uniforms, here the uhlans , including their bridles and saddles,I provided little helping with the vocabulary of the bridle parts): two period images of Polish cavalrymen of  in French service/Duchy of Warsaw, first by a German artist Hoffmann Nicolaus ( 1740-1823) showing typical Napoleonic period bridle and method of attaching the halter  (more interesting images - flicker), second a typical bridle-halter of used by the Duchy of Warsaw general. 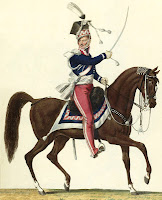 and the image I love the most - Juliusz Kossak's imaginary portrait of our beloved, sans peur et sans reproche prince Poniatowski mounted on his Arabian stallion Szumka ( bred by prince Eustachy E. Sanguszko at his famous horse stud in Sławuta, now in Ukraine ) 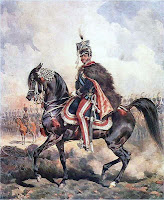 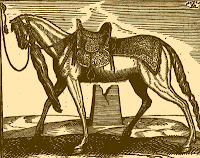 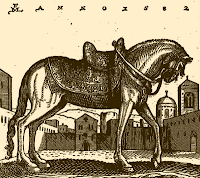 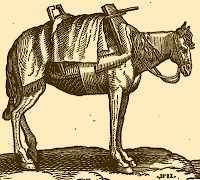 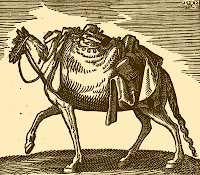 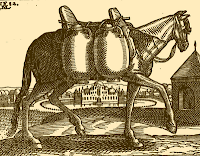 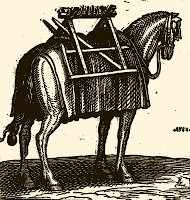 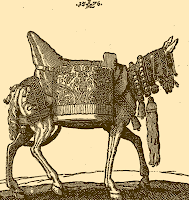 Salve,
5 years ago my friend and scholar Patryk Skupniewicz wrote an article for the Ancient Warfare Magazine (vol I-4  2007/2008), and based on his fine sketches I sketched, drew and painted several Sassanian warriors using mostly acrylics and inks. All mistakes were mine...

Chronologically, from the earliest to the latest Sassanians