As US war in Afghanistan ends we are recalling horse solidiers 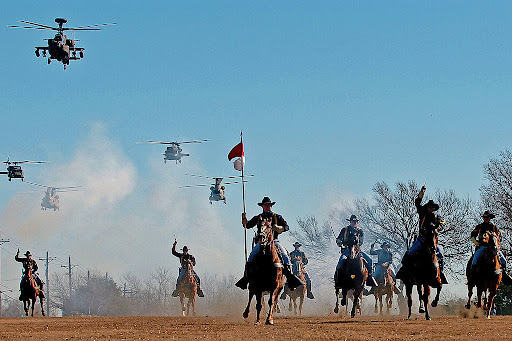 today a little more current history at first and then back to horsing around with horses and war.

it is the very end of August and  the US forces ended the official presence in Afghanistan  or so appears.
Prima Facie this withdrawal was one of  the most disgraceful, horrendously miscalculated and badly planned, run and executed  military operations in the history of US Armed Forces. It is basically a sound defeat inflicted on the US Armed Forces, mostly due to the volition of our elected politicians and political elites (aided greatly by the media).

Pacem aeternam to all who lost their lives during this operation.

In the olden days the responsible would have taken their own sword or at least sought pardon and even resigned. While US Army would undertake court martial proceedings and seek a deep and thorough explanation of such a defeat as this one.

But we live in a different world nowadays.

Back to horses - Almost 20 years ago certain elements of US Army Special Forces started operations in different parts of then Taliban run Afghanistan .
These special and very elite soldiers, starting then this war that took 20 years to end?, actually used horses, donkey to execute their operations-  you can listen and watch  to general Don Bolduc talking about the horses and their importance in those stages of land operation in Afghanistan.
Or you can read the Real Hero Report on the horse soldiers in Afghanistan  here. Or you can do your own search - :)

Nota bene there is a horse soldier unit within US Army 1st Cavalry Division, at Fort Hood, Texas (almost wrote Republic of Texas -;) ) 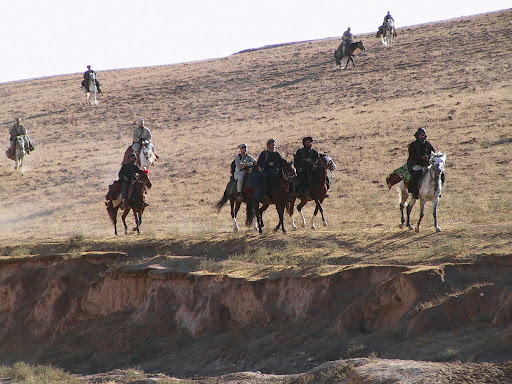 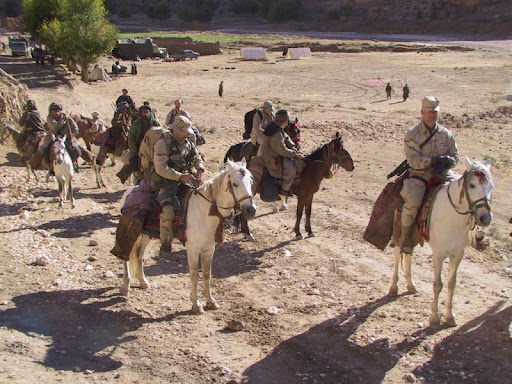 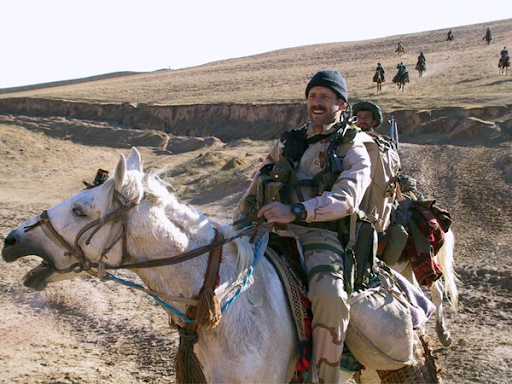 they even made a feature film about one of the Special Forces operations that Fall 2001. 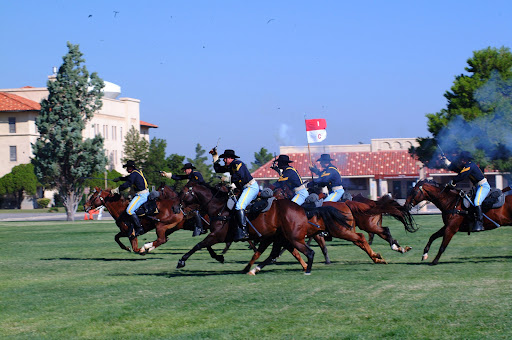 Sketches etc for the Adrianopol book

in relation to  the previous posting ad the newly published Inforeditons book I am sharing with you some of my sketches as well as a version of the cover  I provided for the publisher, along with another unfinished version. 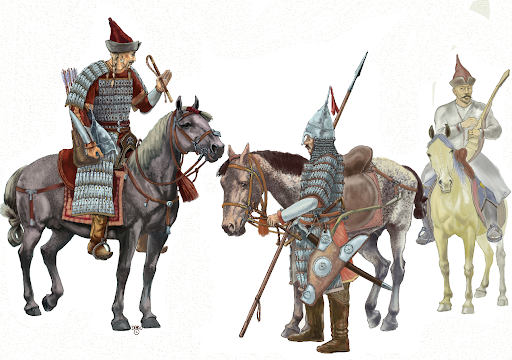 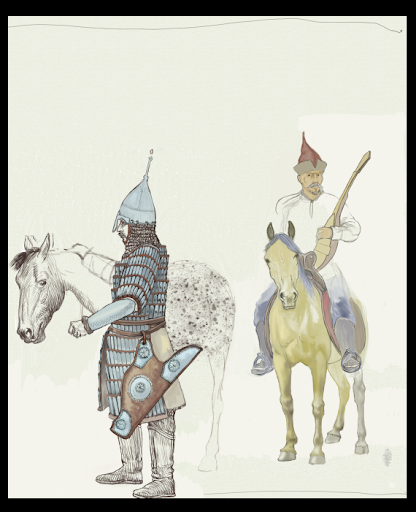 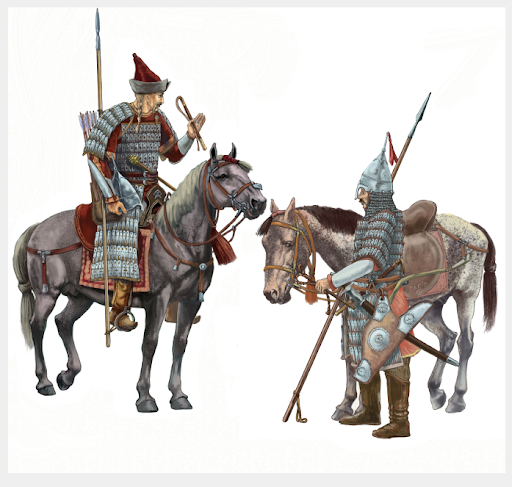 My new cover for Inforteditions

Inforteditions, via their books store, announced a book - Battle of Andrianpolo Ad 1205, where I painted steppe warriors used for its cover.

The illustration showing the Cuman/ Polovetz warriors was created after book author's guidance and research provided to me. 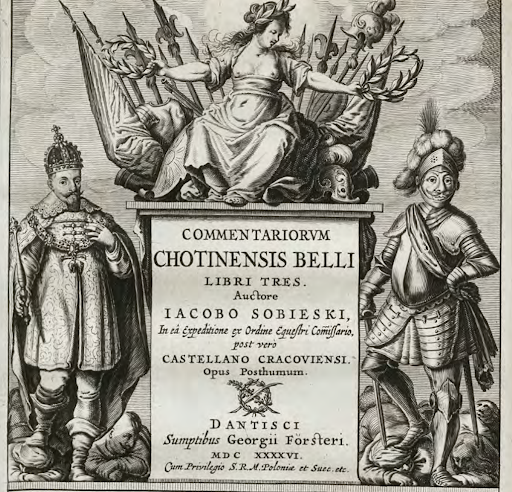 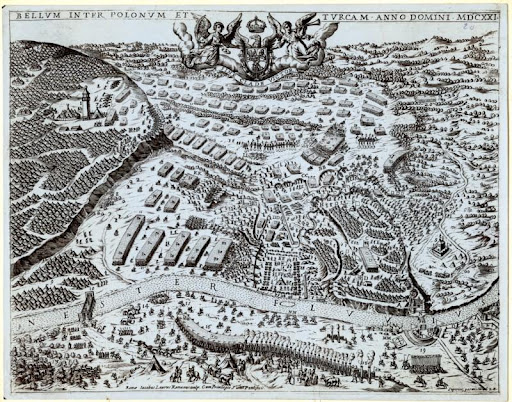 dog days of the Summer are continuing on gloriously   - so another 'slow cavalcade'  to the fabulous word of XV century chivalry and medieval manuscript painting  - this time the so called(because the painter is anonymous) master of Rohan book of Hours.
the Hours can be viewed at leisure at the Gallica -French National Library digital site.

Wikipedia has this entry, while world library archive has various volumes available for borrowing - eg The Rohan Master and The Rohan book of Hours.

and I corralled some horse related illuminations from this amazing volume - 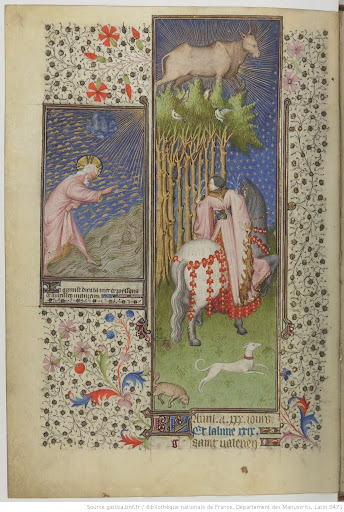 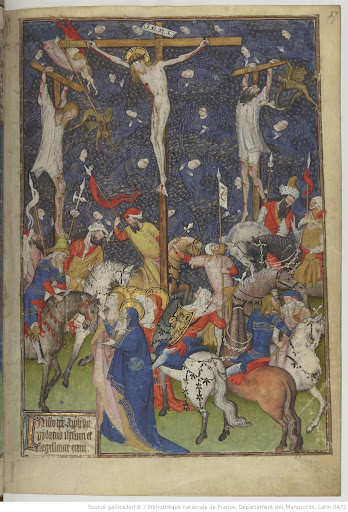 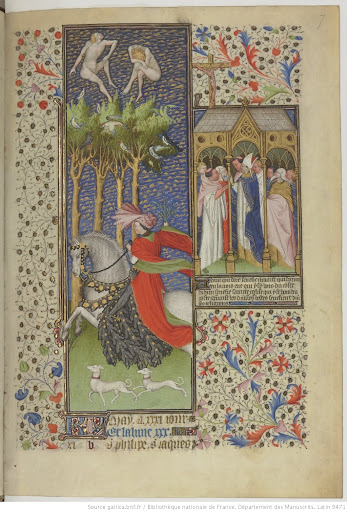 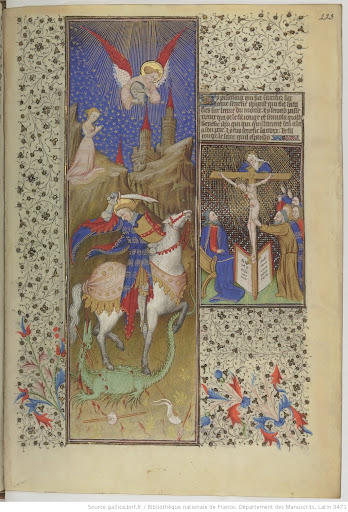 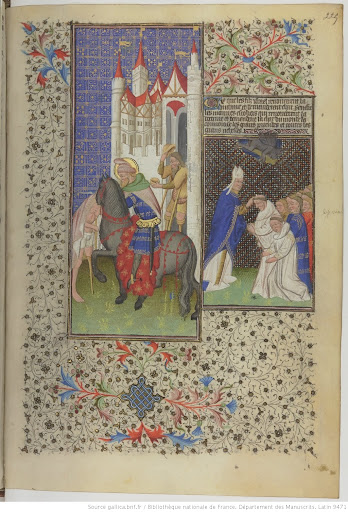 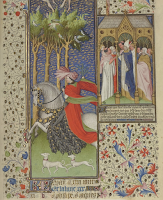 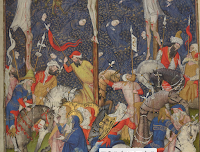 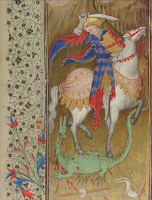 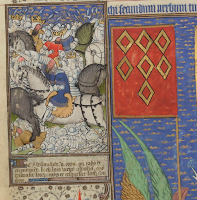 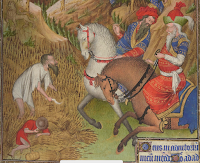 August is always a difficult month to begin, Dog days on one hand and the remembrance of the tragedy of Warsaw and her Uprising of 1944, especially mentioned on my blog the massacre and genocide of Wola district inhabitants by the Germans.

But also  this doggy August  brings the memory of our king Sigismund II August, son of Sigismund I and Bona Sforza. Queen Bona gave birth to our future king Sigismund II August on August 1, 1520. He was a good king, he was. Yet he was unable to collect the money his mother had lent the House of Hapsburg. But he made possible the creation of the Polish-Lithuanian Commonwealth.

So going a bit medieval today, I will first comment that perusing old archives, digital archives included, is like going hunting, and from time to time sweet prizes are to be had.

By pure coincidence I came across the medieval illumination  works cumulatively known as BNF 10483-84 and attributed to a Parisian 14th century  Gothic painter Jean Pucelle, although there were other painters (3 or four) or miniaturists who worked on this two volume Breviaire de Belleville. Interestingly  this breviary was named after  this famous Breton she-wolf Jeanne de Belleville. And until the French Revolution the volumes were held in a Dominican abbey at Poissy, Ille-de-Fance.

I corralled some of the wonderful illuminations from both volumes, there are  Biblical in literary  context(eg two miniatures of Absalom or David and Goliath) and very XIV century medieval French in material context, for our purposes bits, cinches, saddles, cloth, stirrups, weapons etc : 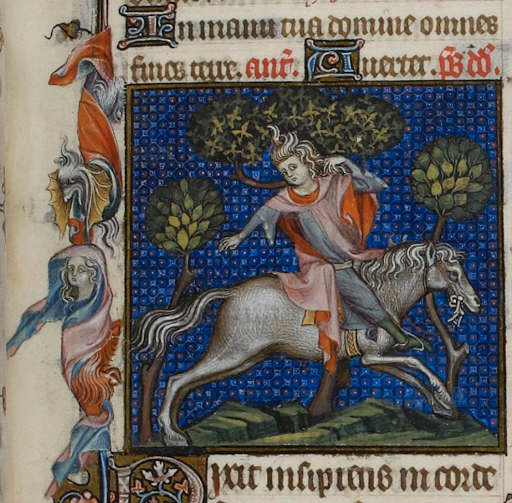 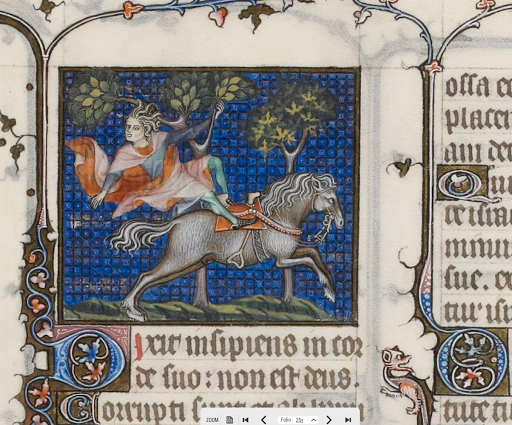 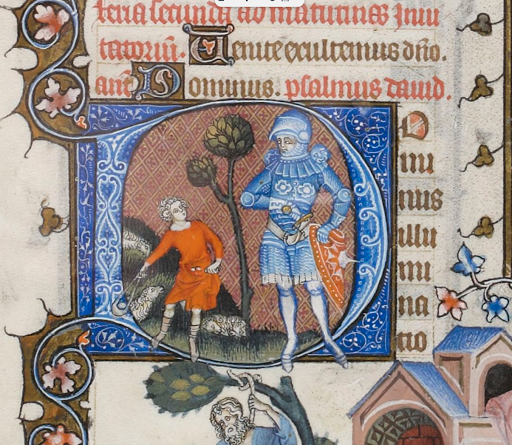 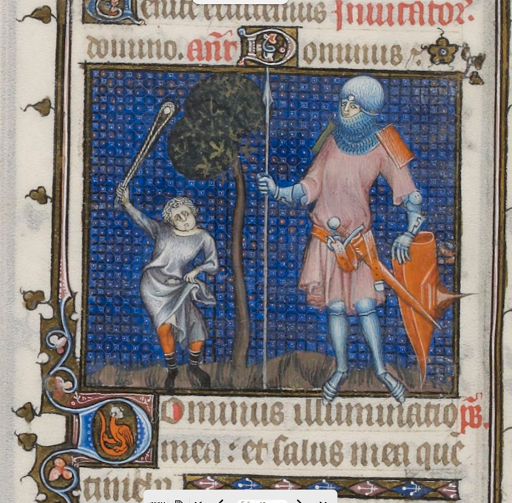 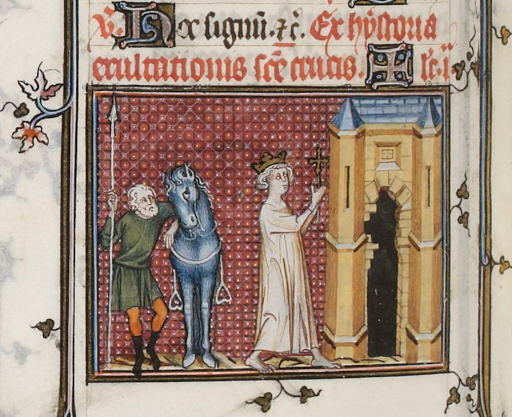 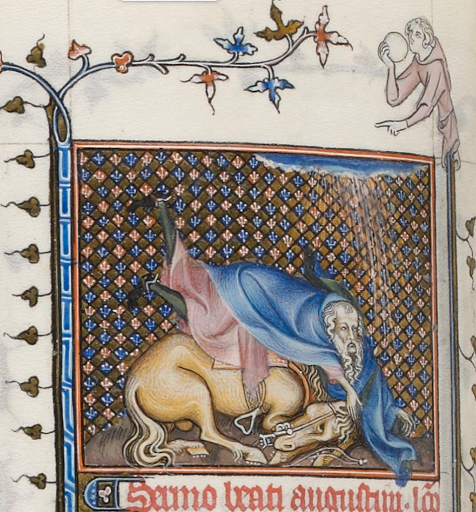