Franz Roubaud - when young a disciple and later member  of Jozef Brandt's circle of painters in Munich, Bavarian Kingdom - was a prolific Russian painter.
Perhaps most famous for his Borodino 1812 Panorama project, he was a prolific equestrian painter, especially painting the Caucasus Mountains region and the ancient peoples who lived and fought and bred horses there. 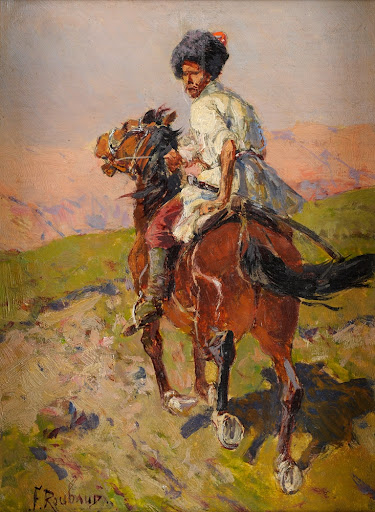 From Wiki Commons gallery we can get good quality images of maestro Roubaud's canvases depicting the horse people of the most mysterious mountains that divide Asia and Europe in the south. 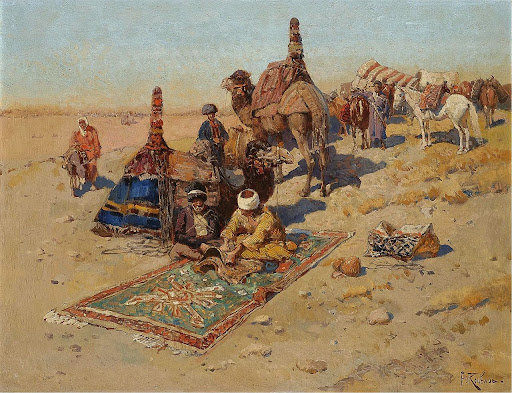 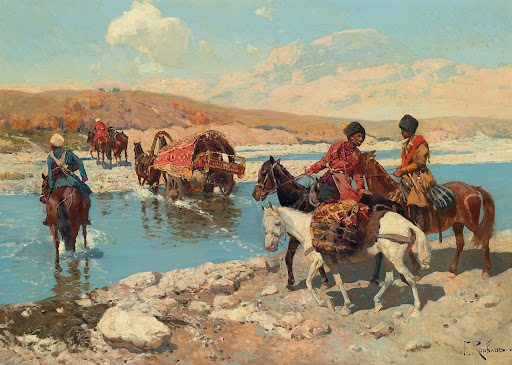 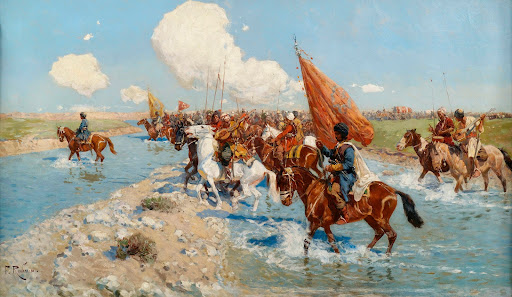 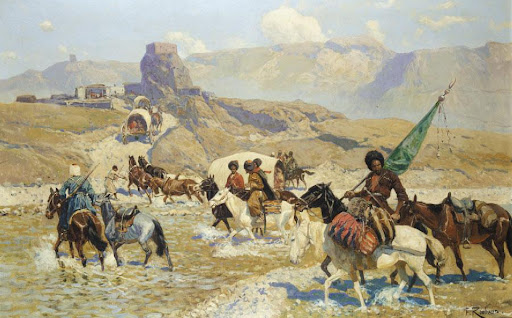 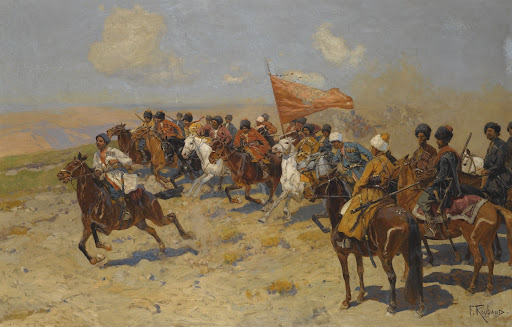 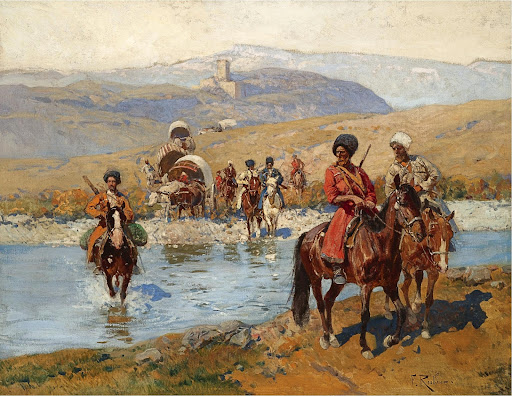 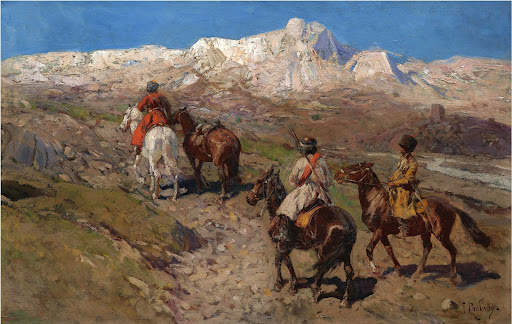 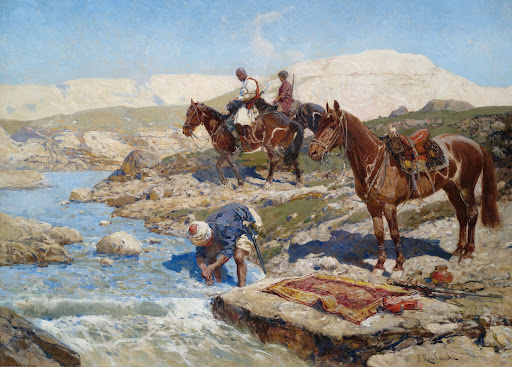 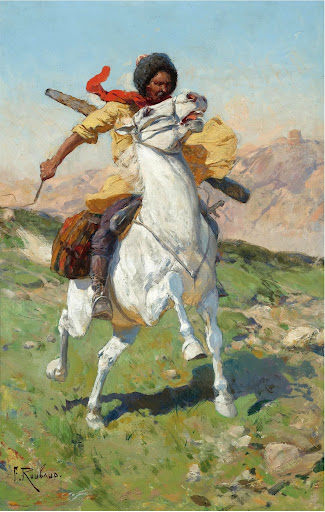