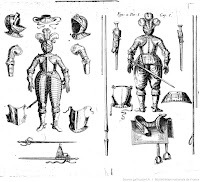 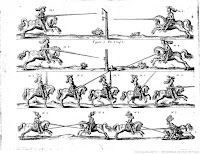 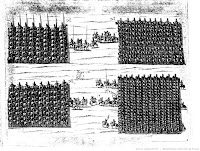 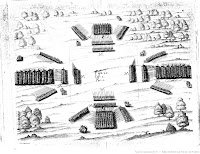 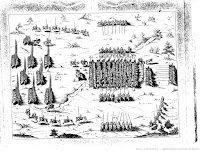 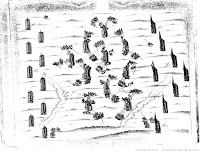 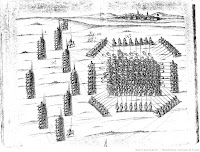 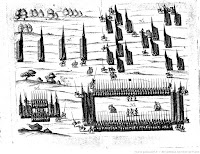 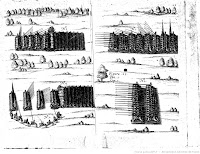 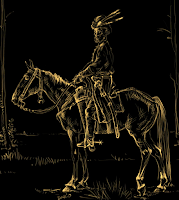 Salve,
yesterday was yet another anniversary of the Soviet attack on Polish Republic in September 1939. Join attack by the German-Soviet alliance with a small help of the Slovak forces defeated Polish armed forces; Poles being betrayed also by their Western allies, namely France and Britain.
Korpus Ochorny Pogranicza (KOP) or Border Protection Corps was organized in 1924 to protect the  long borderlands  Poland had with Lithuania, the Soviet Union, and in the late 1930s with Romania.
The borderlands, especially the north-eastern part, were rather lawless and full of communist agitators and agents, and the local Belorussian, Ukrainian, Lithuanian, Jewish populations (depending on a region) that were more numerous  than the ethnic Poles, and often hostile towards the Polish administration, Polish gentry, Polish farmers, traders, technicians and Catholic priests. Members of the aforementioned minorities were prohibited from serving in the KOP units, while the Polish Germans were not.
KOP was used to pacify the borderlands and thus many soldiers died while serving the country. It can be argued that the borderlands situation during the 1920s was aptly described in an autobiographical novel, ''Kochanek Wielkiej Niedziedzicy-Lover of the Greater Bear,' by Sergiusz Piasecki.
After 1931 the KOP forces consisted of  some 24 frontier infantry battalions, 5 detached infantry battalions,  20 cavalry squadrons (companies), 6 engineer companies, 1 headquarters company, 1 gendarmerie battalion, and the NCO school.*
During the spring-summer 1939 mobilization KOP was enlarged to 63 infantry battalions, 2 fortress battalions, 6 battalions of National Defense, 2 horse artillery companies, 2 artillery battalions, and 19 cavalry squadrons and some other smaller units.*   However, most of the KOP units were moved out west, and spread out between other larger units,  like 1 KOP Cavalry pułk (regiment) was part of Army Lodz, and yet they became famous for their fighting  spirit and devotion to the Fatherland:  like KOP 'Berezwecz' that defended bunkers near Wegierska Gorka , the defenders who fought at the Wizna (Polish Thermophylae) etc. All units fighting the Germans were mixed in between the larger infantry and cavalry tactical units and army divisions, and suffered their larger groups fate during the campaign.

General Wilhelm Orlik-Rückemann , the commander of KOP since August 1939 and the veteran soldier of the War World I and Polish-Soviet war of 1919-21, was left with 22 infantry battalions, 2 fortress battalions, 6 National Defense battalions, 1 fortress company, 6 cavalry squadrons in Eastern Poland; thinly spread out from the border of Lithuania in the north to the Romanian one in the south.

These KOP units  stood to the invading Soviet panzer , mechanized infantry, infantry and horse cavalry quite numerous divisions that invaded Poland on 17th of September 1939. Also, the Soviet aggression broke the tenuous bond between the Polish administration and borderlands minorities and shortly these minorities rebelled (Jews, Ukrainian communists and nationalists, Belorussian communists, Lithuanians ) killing wounded soldiers, massacring officials and causing panic and chaos in the eastern Poland (where some 400,000 Polish soldiers could have been made ready to fight the Germans). Under the pressure from the overwhelming Soviet forces (750,000 strong invading force) and the minority rebels the KOP, spread out thinly in small units, was suffering numerous casualties and murders of its personnel (especially units' wagon trains were vulnerable to the artillery, tank and air assaults as well as sniper fire); thus on September 19, 1939 general Orlik-Ruckemann  decided  to group his remaining units into a larger tactical KOP group and then march them to Warsaw. Some 9,000 KOP soldiers begun their 300km fighting retreat march towards the west, fighting mostly many a rearguard action, including full scale battles  at Szack and Wytyczno in late September and early October - in fact the largest battles against the Soviet invaders during the September War. The remnants of this KOP command took part in the battle of Kock under the Army Group Polesie.
After the fighting Soviets murdered many of the officers, NCOs and soldiers taken prisoner during the invasion, while later on many officers, including the first KOP commander, taken prisoner were murdered at Katyn Massacre, while the KOP NCOs and soldiers and their families became victims of the  forced deportations during the 1940-41  , the infamous ethnic cleansing against the Poles living in the borderlands with the end destination somewhere in the vast  Gulags of Siberia and endless Kazakhstan steppes.
***
Some KOP soldiers images from 1920s i 1930s - dogs and horses, lakes and streams and creeks to cross... 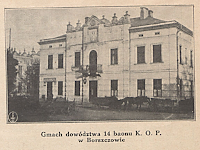 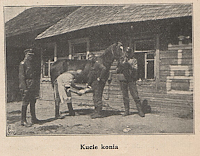 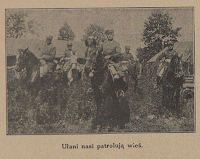 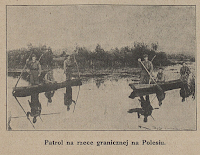 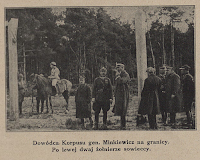 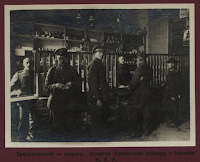 some images from the Narodowe Archiwum Cyfrowe -National Digital Archive - 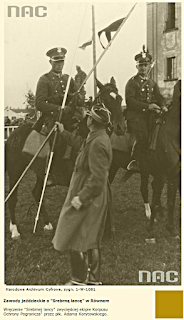 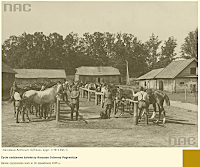 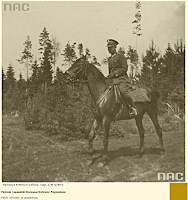 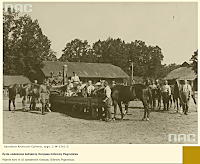 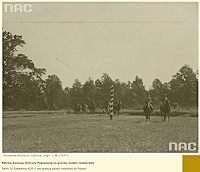 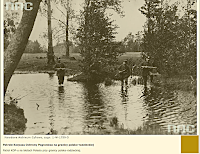 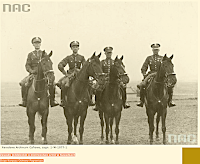 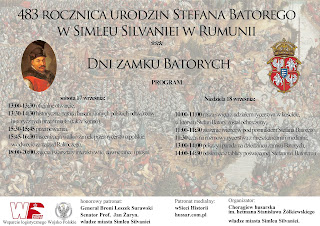 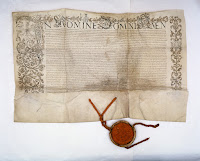 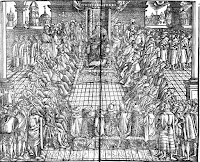 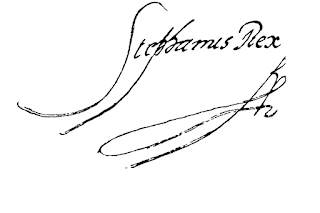