Salve,
Aleksander Orlowski, Polish painter active at the end of Polish-Lithuanian Commonwealth and later in the Russian Empire, is one of my favorites when comes to the end of XVIII century and early XIX century.  During the early stages of his career he took part as a soldier in the Kościuszko Insurrection, and we have some of the most realistic depictions of the patriots camps and military life, and battles etc. Example below, showing cavalrymen and Insurrectionists camp in general. Details of uniforms, horse tack or even a dog living with the soldiers. 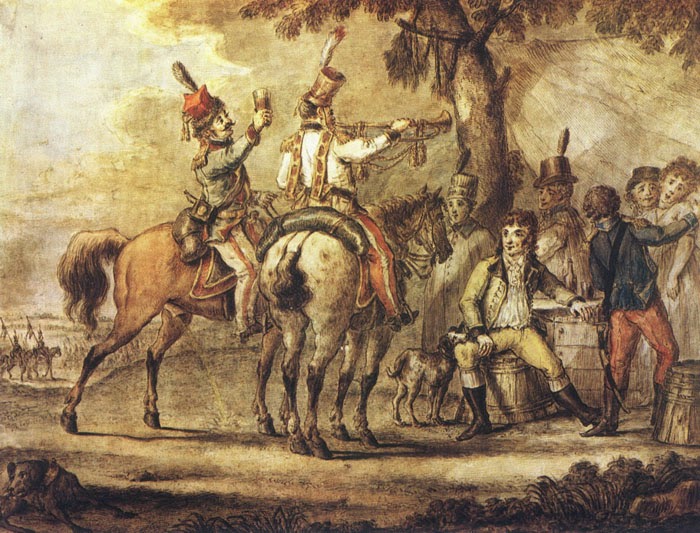 I have one small album with his works, and would love to have a comprehensive album gathering most of his existing works.

Orłowski drew plenty of animated drawings showing horses in distress and fallen, as well as quick horse portraits, so here I created a compilation, for your enjoyment, I hope, of some drawings. 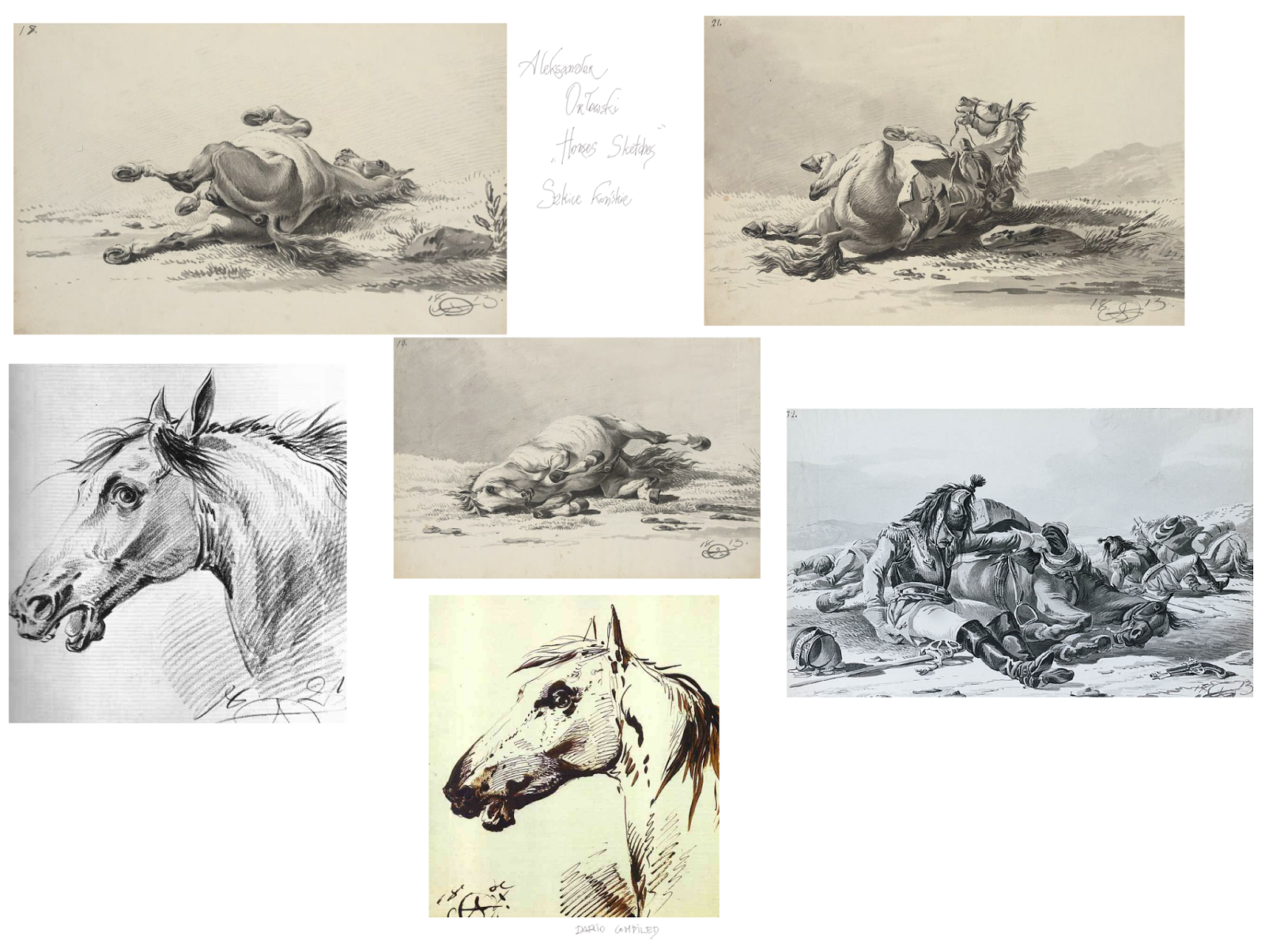 Very interesting article on making a working replica of a medieval saddle, and links to two more articles on this extraordinary subject, from The Jousting Life.
Enjoy
Posted by Dario T. W. at Monday, May 26, 2014 No comments: 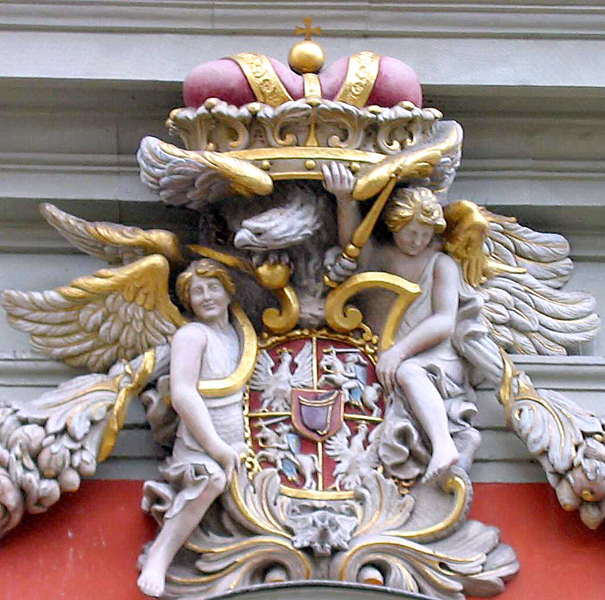 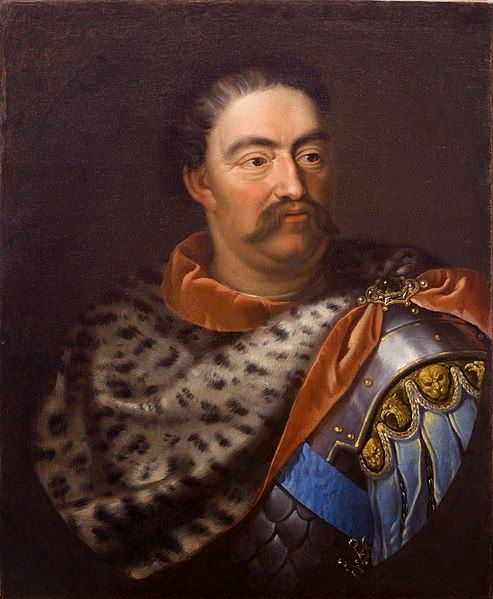 Salve,
Spring time and the world rejoices, for the grass is so green :) 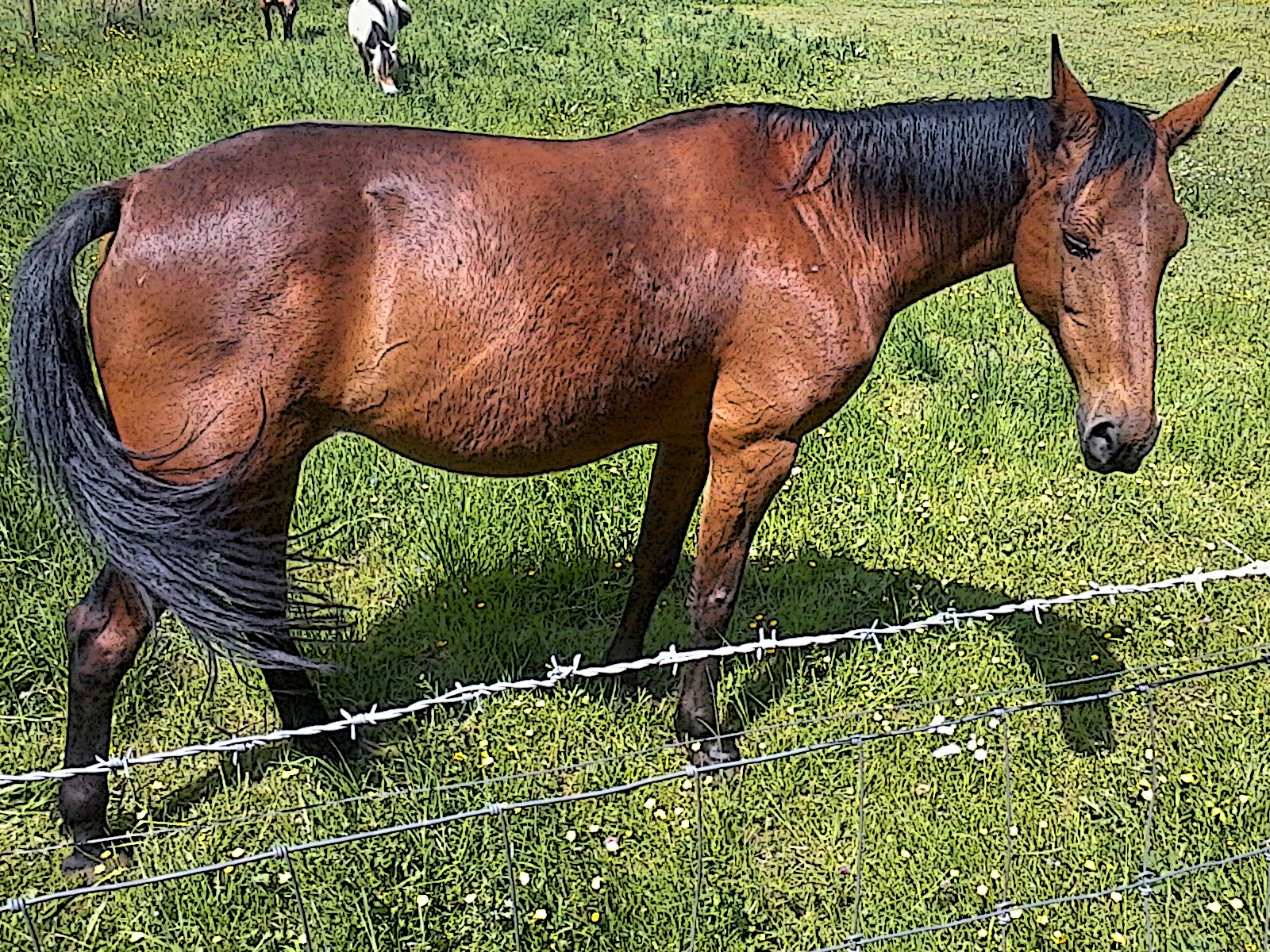 I came across this great French painter so immediately wanted to share with you all:
François Flameng - gallery at Wikipedia Commons

Archive.org has some books with his works

A nice blog entry on the artist (in French) 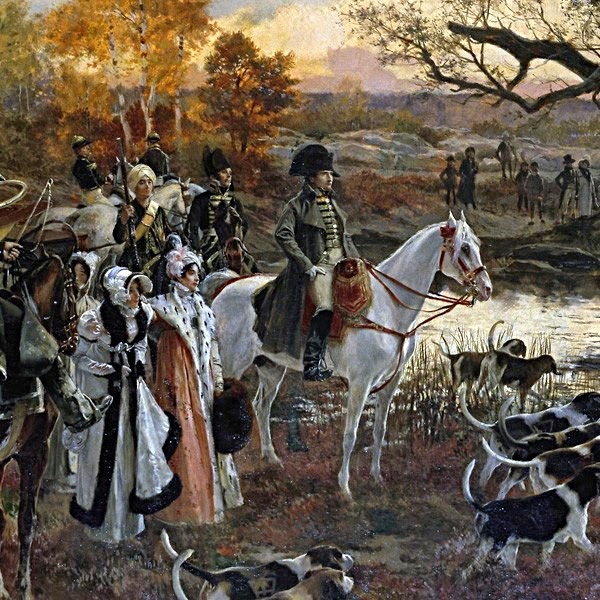 In this year of the hundredth anniversary of the Great War this immage is a very appropriate one, celebrating the victory of the French

PS
I do not own these images and share them with you under fair share and/or copyleft etc
ps'
A compilation of texts on war horses and related material derived from   the early XVII century cavalry manuals  - on this blog that is sadly not continued at the present. Recent web article in Polish written by a reitar cavalry reenactor (with author's drawings) but very similar, in my opinion, or even  a translation of the mentioned 2006 blog entry (although note that not the whole text displays in my Firefox browser). But then the sources are all the same and the translation is something new for the Polish enthusiasts of the XVI-XVII cavalry manuals.
Posted by Dario T. W. at Wednesday, May 21, 2014 No comments:

Salve,
I have been busy with my family life - 2 weeks ago my wife gave birth to a baby daughter,  we chose for her a stron Saka name Tomyris,  so life has a new meaning for me, and my family in general; and my so called free time is a bit constrained and changing daily.