this 2022 is about to expire today - so I will post one more entry today:

the Proto-Indoeuroepans and their wheeled wagons and horses and the rest is history..

I have discovered for myself that Dr David Anthony made his book - The Horse, the Wheel and the Language - available on Archive.
And here you can listen to dr Anthony being interviewed on the subject at hand - the origin of the Indo-Europeans.

Dr Kristian Kristiansen, archaeologist from Sweden (google scholar and Academia), who participated in this great paper - The origins and spread of domestic horses from the Western Eurasian steppes- delivered a very fine lecture here - Towards a New European prehistory: genes, archaeology and language . And here dr Kristiansen gave interview on the subject - the Birth of Northern Europe.

And the very interesting interview with dr James Mallory - Finding the Indo-Euroepans.

My post illustrated with the pages from The Horse, the Wheel and the Language - all archaeological artefacts.

yesterday I posted about the embarkation of cavalry horses   in the XVIII century Britain and a little about the British/English light dragoon regiments in the period right before their expedition to Flanders etc at the onset of the French Revolutionary Wars.

Today, I will take this opportunity to visit maestro George Stubbs' atelier where a little quite appropriate image can be found.
Namely, maestro George Stubbs was and still is a world-famous equestrian painter.  As any visit to Wiki Commons, my favorite net galleries, will show that master George painted herds of horse and his work is just outstanding. And among his paintings there is one canvass painted in 1793 of the light dragoon figures.

According to a book in  my home library - by Venetia Morrison - master painter was commissioned by the Prince of Wales to paint a canvass, eventually titled The Soldiers of  the 10th Light Dragoons. (pages 102-105). Prince, later on His Royal Majesty George IV of Britain, was the Colonel Commandant of this regiment at the time.

Note that during the same year maestro Stubbs painted another horse related canvass for the Prince of Wales. 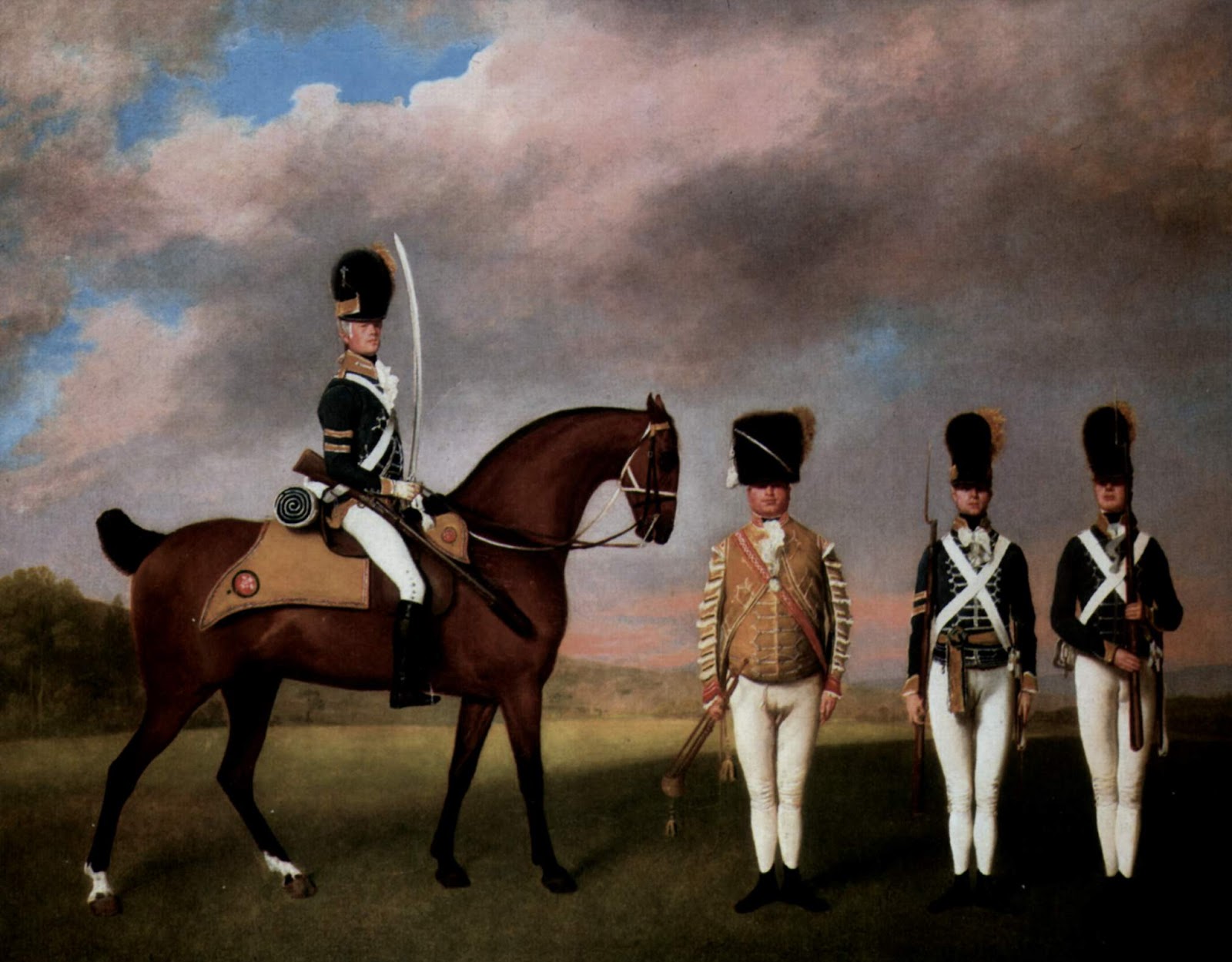 Better photo of this painting on the 10th Hussars Regiment wiki page. 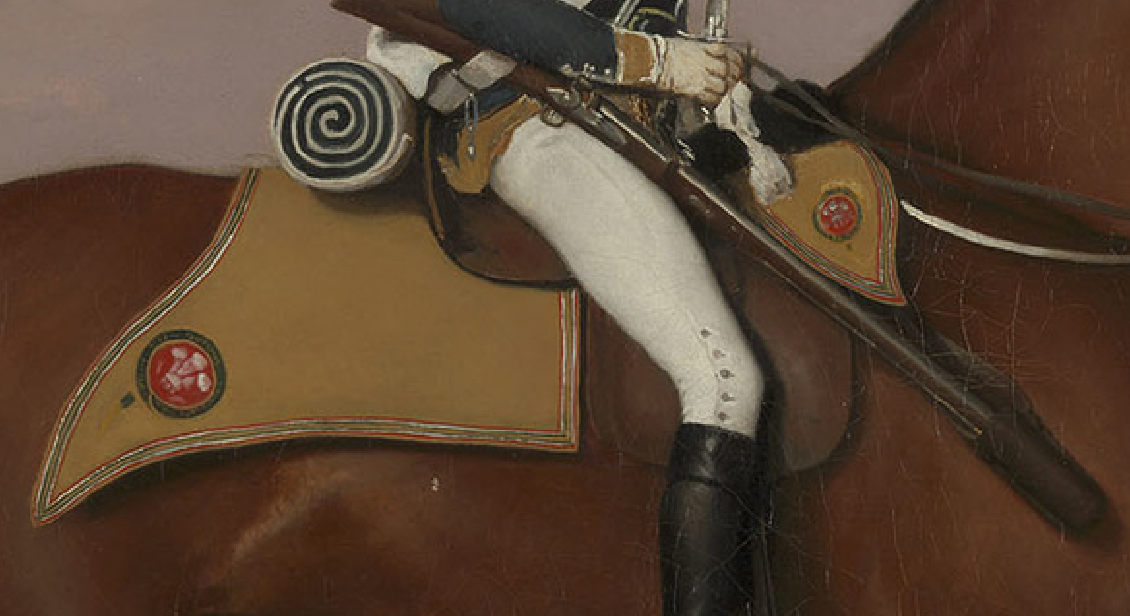 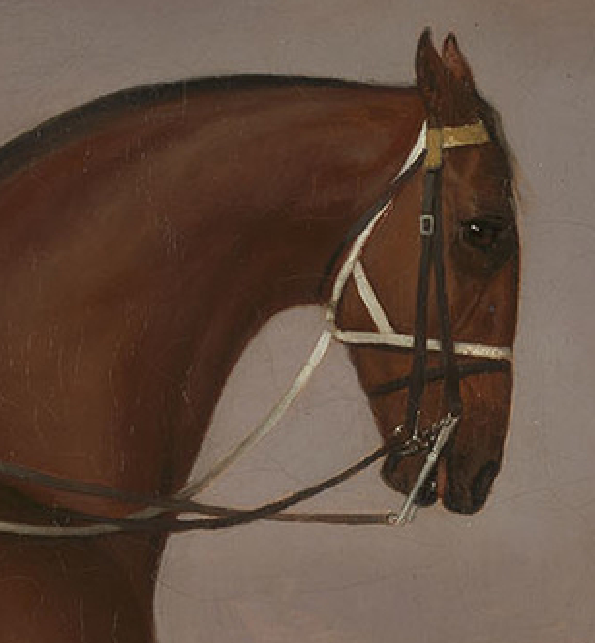 There is another interesting equestrian painting of the Prince, but of 1809AD and by a different painter, so we will save it for another day.
Valete

and Christmas has and gone - lots of joy and merriment , and good food. We should have more Christmases, shouldn't we?
..

ad rem, on Wiki Commons there is this painting - 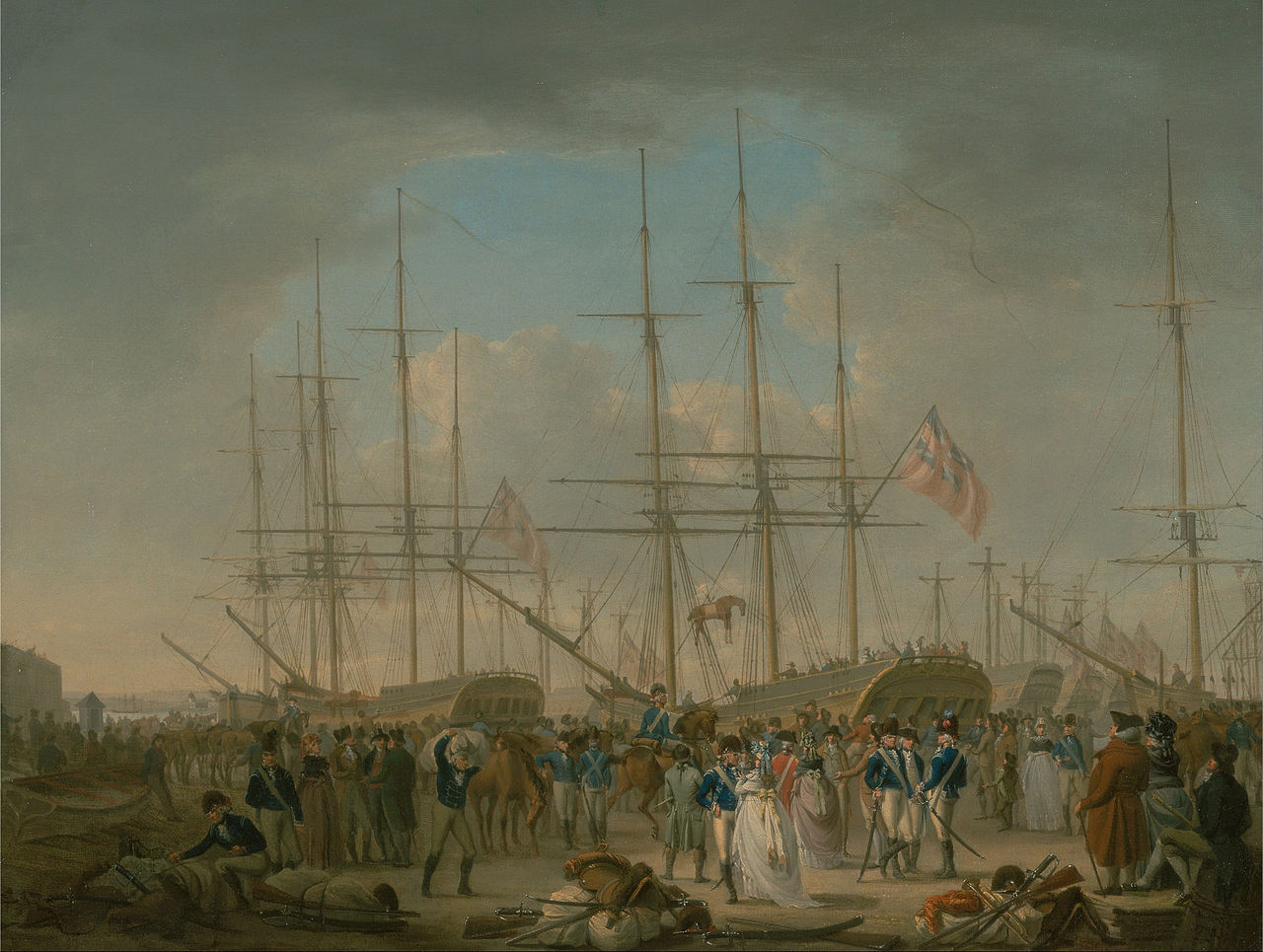 The scene shows embarkation of the cavalry troop onto the British navy ships  - they are going for war on the continent, the willing European powers coalition against the French revolutionary armies in Flanders and Netherlands etc.

it shows clearly horsemen of the English armies of the period - namely, one of the light dragoons unit (some of these regiment would become hussars or lancers during the XIX century reforms in United Kingdom. in the decade after the American Revolution the cavalry regiments of Britain His Royal Majesty army supposedly suffered a period of decline and mishandling. And thus such cavalry entered the Wars of French Revolution, and this embarkation shows one of several boardings by the British cavalry brigades - the dragoon  troops from 7th,11th, 15th, 16th and 17th Light Dragoons  formed the 3rd brigade(there were 2 more brigades composed of the King's Guard units) commanded by Major-General Ralph Dundas (of the 11th Light Dragoons). 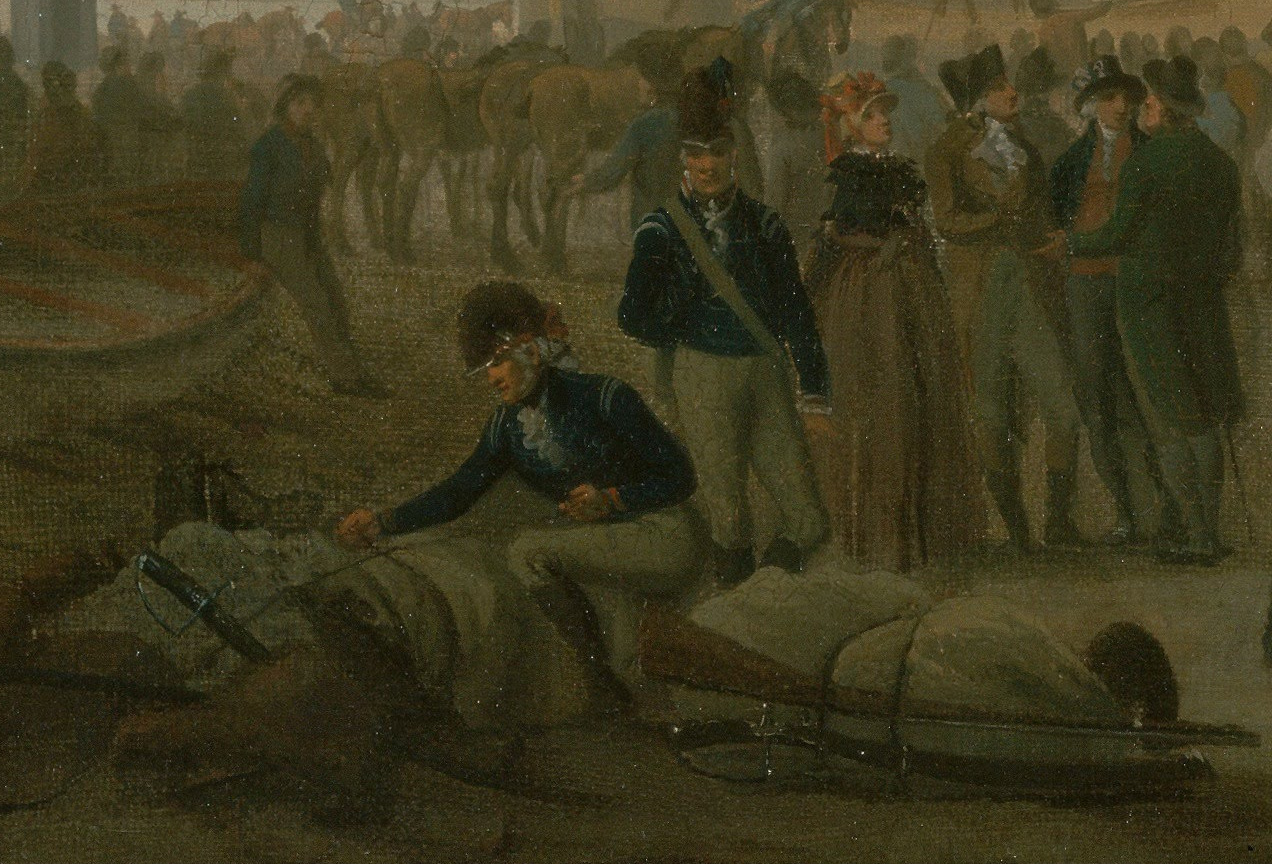 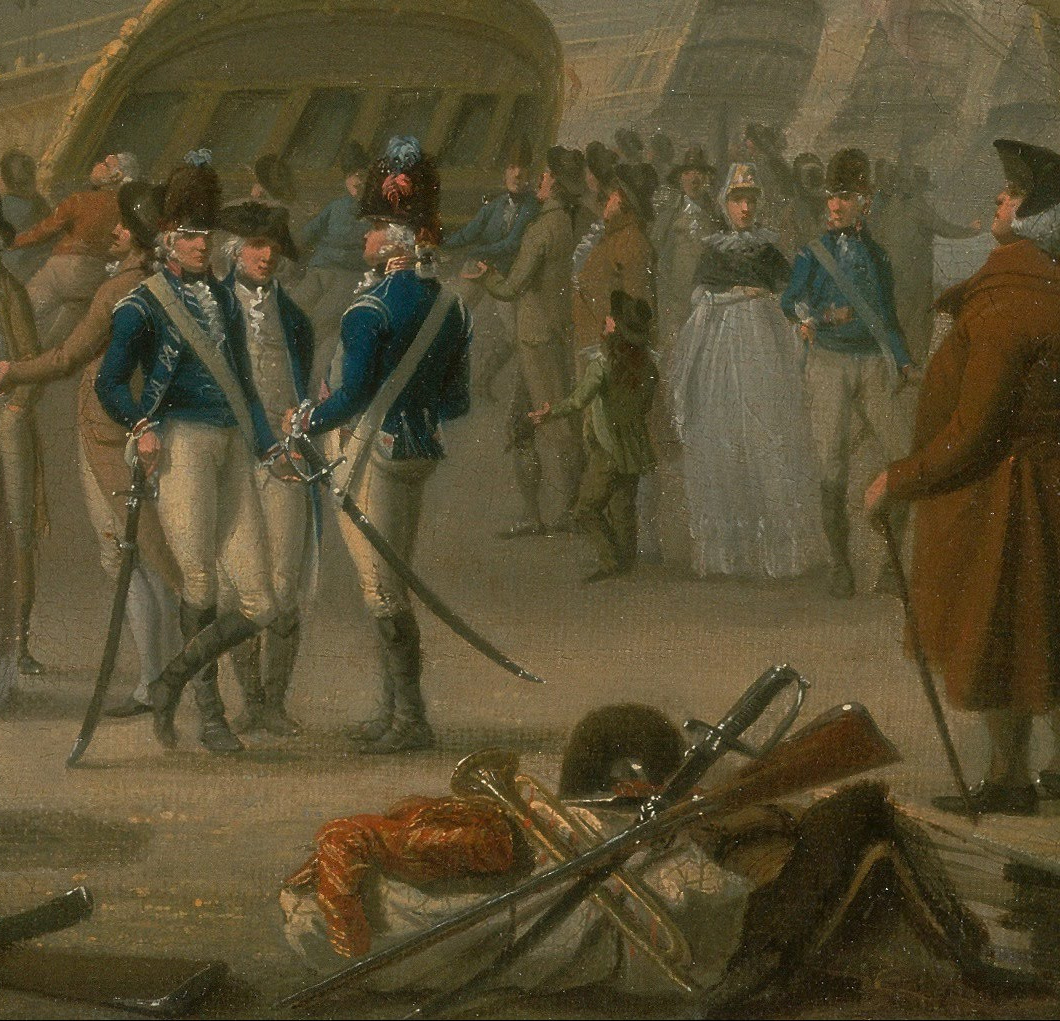 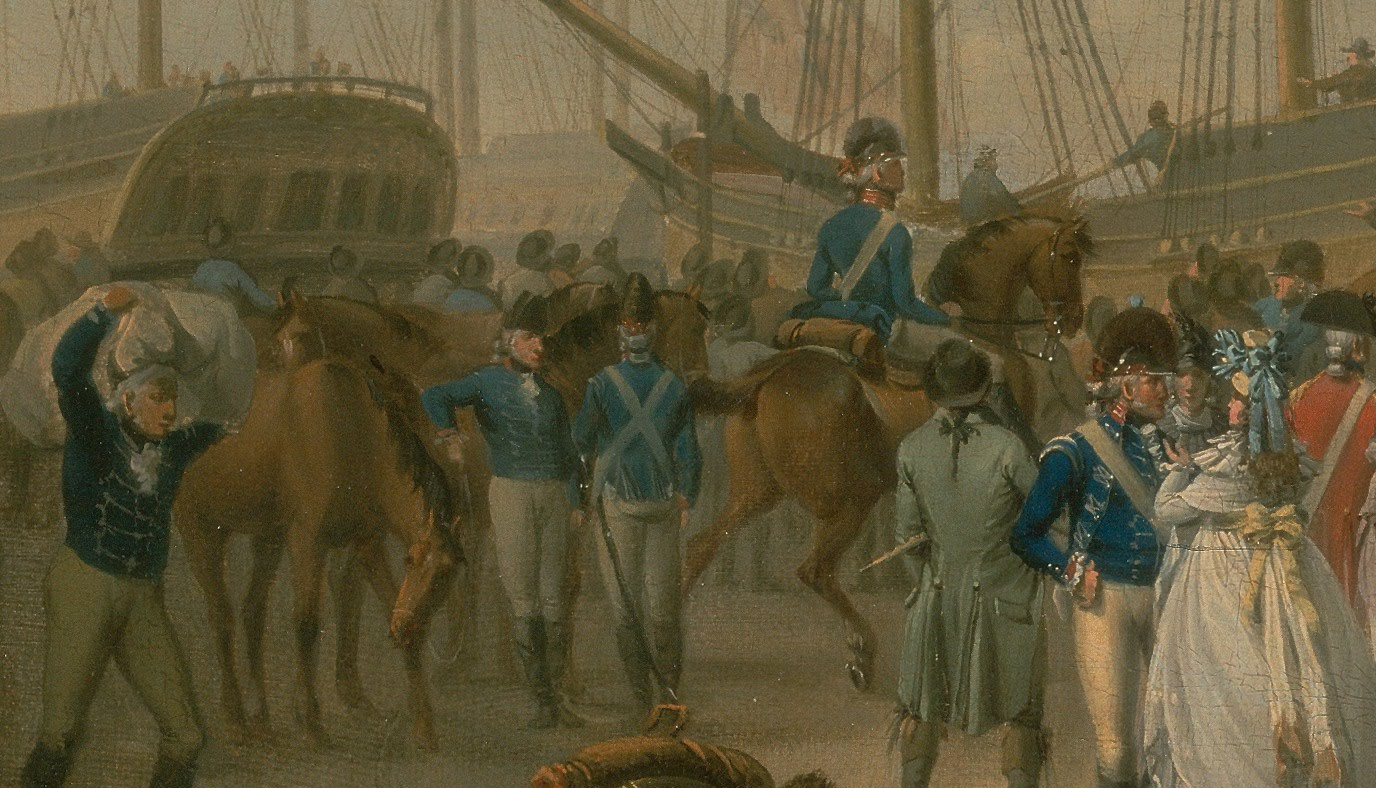 Note they are wearing the dragoon helmet with fur crest and flashy plume, known then simply as Tarleton. 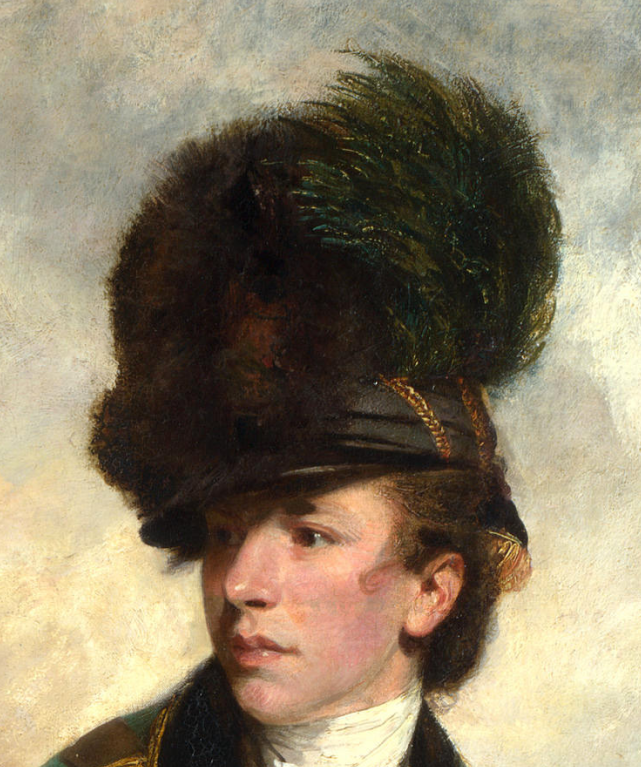 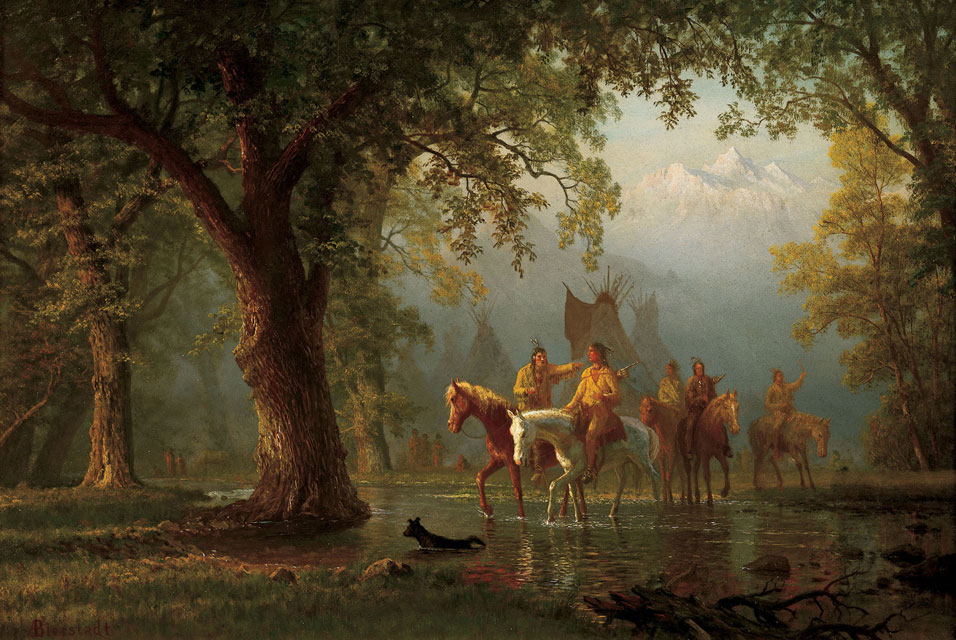 long time ago - in terms of internet I guess - I posted some marvelous work by Albert Bierdstadt.
I saw this painting on Christie's website - Horse in an Indian Encampment. Painted during the 1860s - date unclear

there are another interesting aspects to be observed in this painting - a full Jenifer saddle? unusual curb-bit? 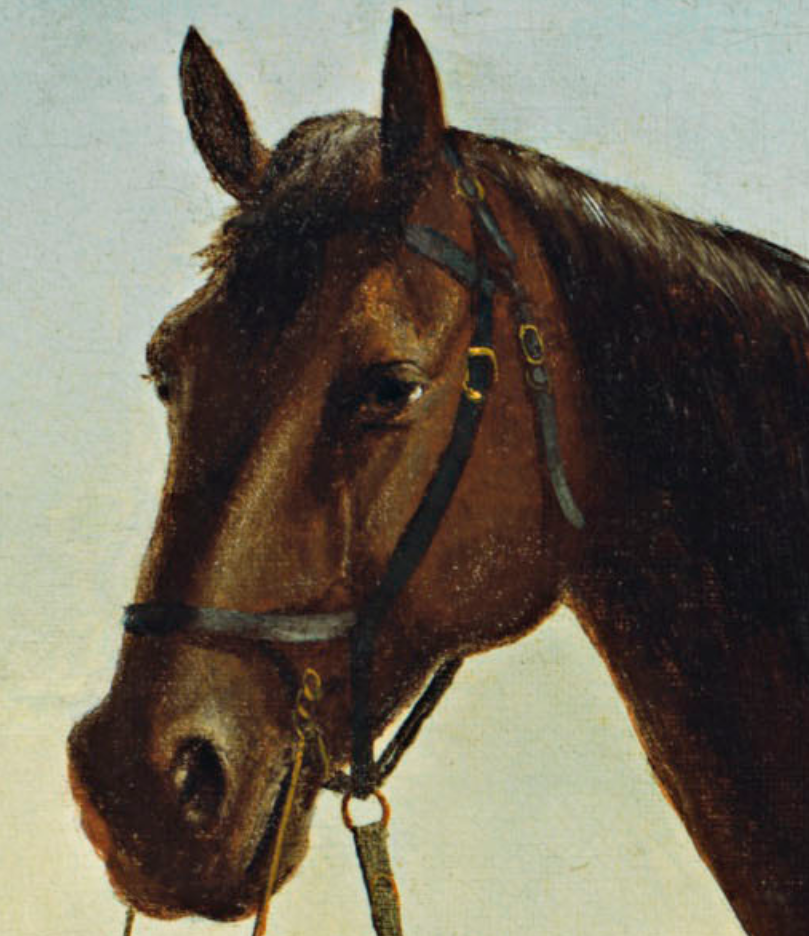 and another horse from his atelier - presumably an American bred Thoroughbred 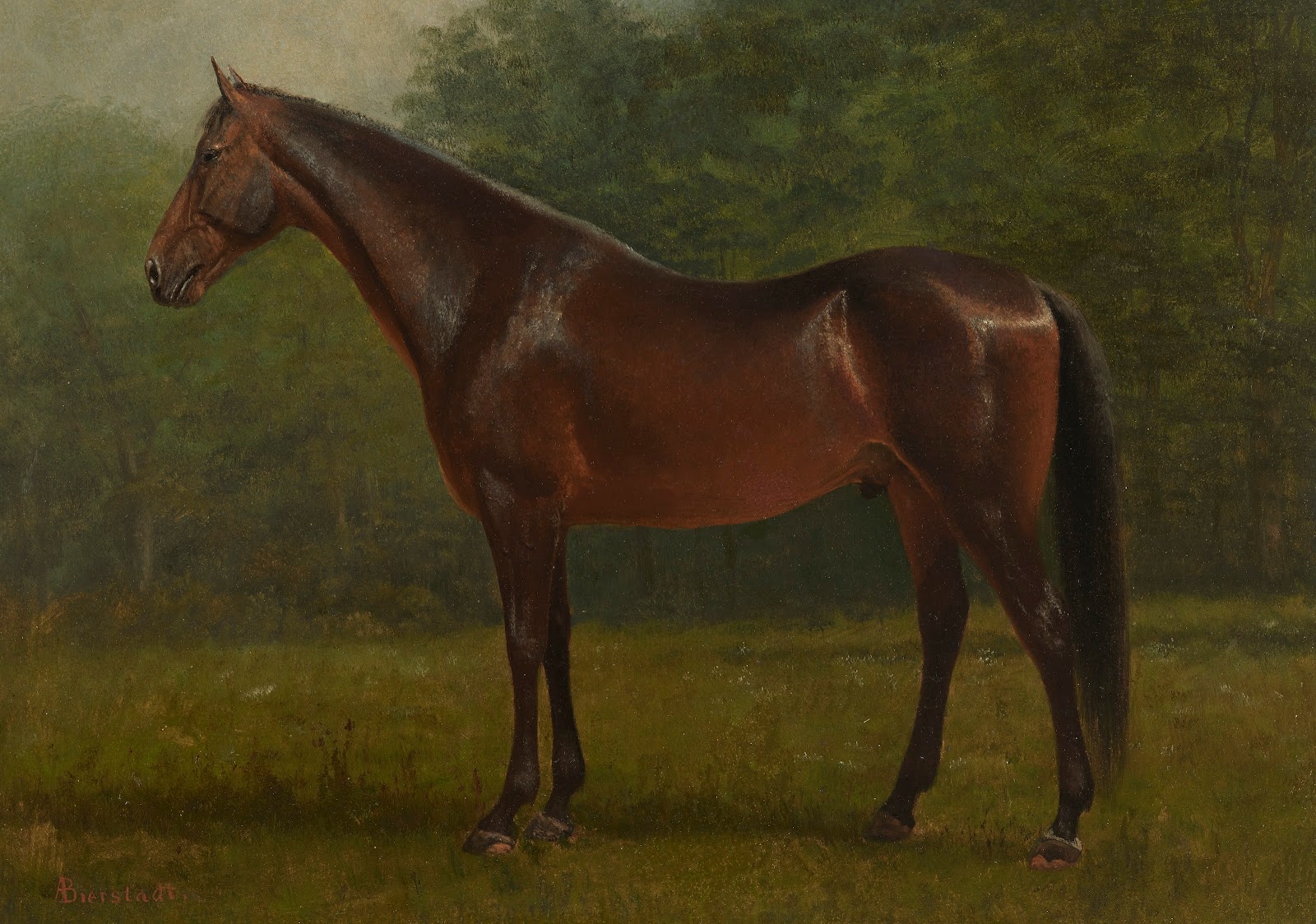 Wielkopolska aka Greater Poland fights for Poland in 1918

Today we have this rather unusual anniversary, namely  Polish patriots from the Prussian partition of Poland(achieved by the Prussian Kingdom through the 1st, end and 3rd Partition of Poland) rebelled against their German overlords on this day 27th of December 1918, and were unusually successful, and their liberated Greater Poland province that was added to the reborn Polish Republic by their bravery, cunning, diligence, sweat, blood and also by the most effective persuasion by Ignacy Jan Paderewski & Roman Dmowski or the Polish delegates & advocates at the treaty of Versailles 1919 - so in history it is called the Greater Poland Uprising 1918-19.

During the Uprising three cavalry regiments were organized during the winter of 1919 - 1st, 2nd & 3rd  Greater Poland Uhlan Regiments - later on renamed 15th, 16th and 17th uhlan regiments of the Second Republic.

the other important patriotic leader actively involved in this grand endeavor General Jozef Dowbor-Musnicki , in the photo below going through the Theater Square in Bydgoszcz. 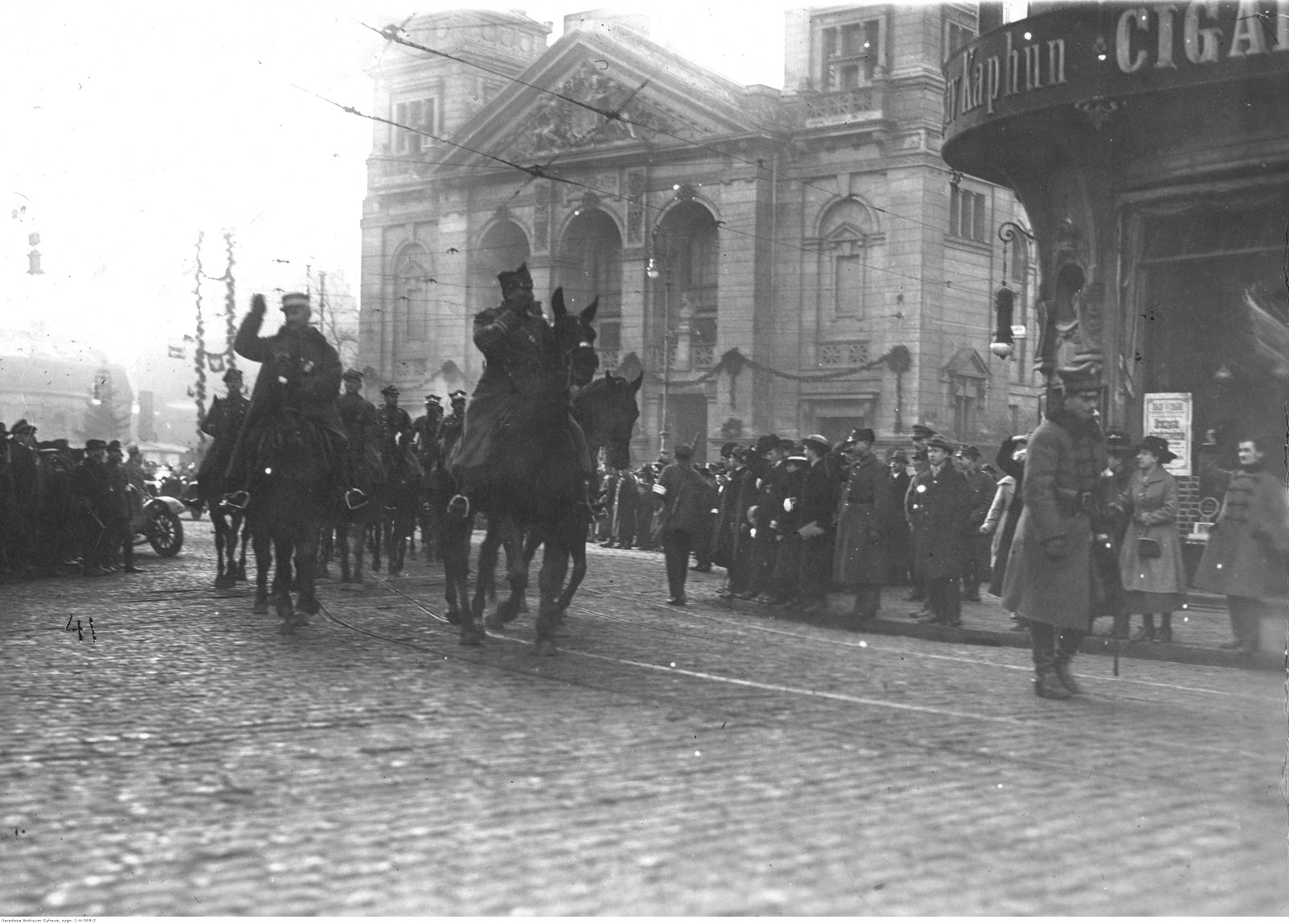 the monument to the Uprising in Poznan 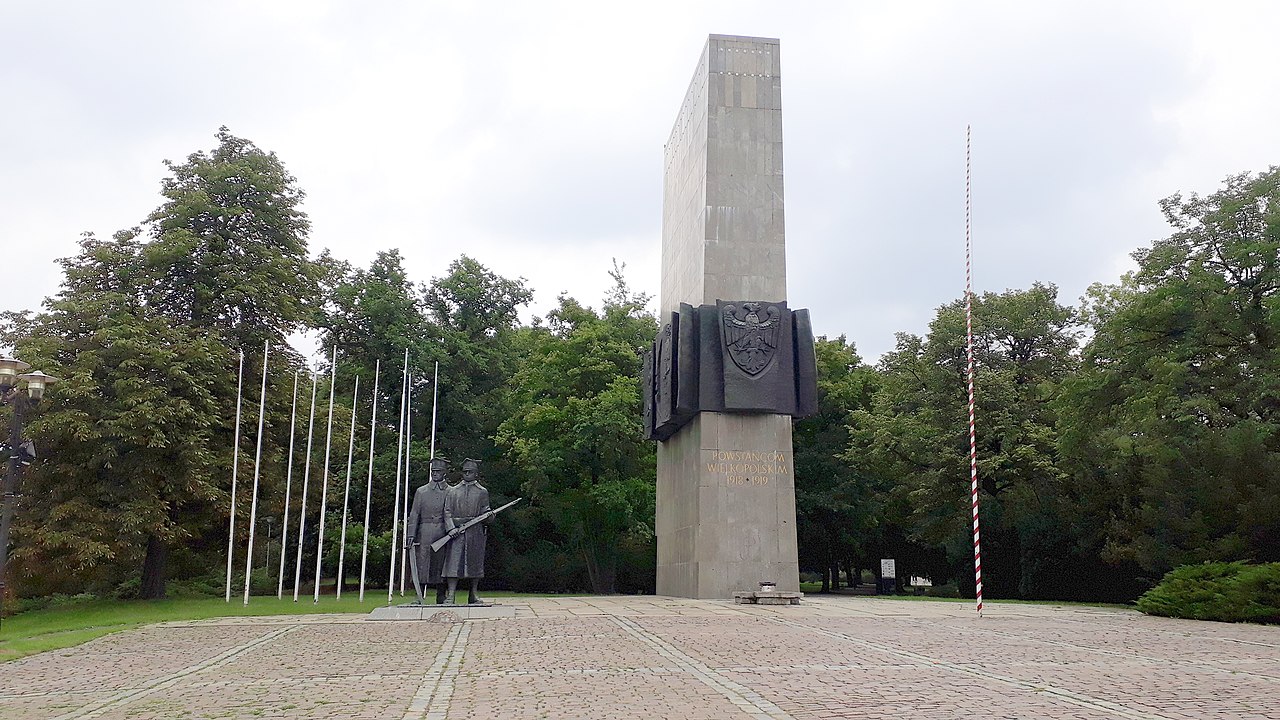 This was one successful insurrection and yet in Polish tradition nowadays this amazing umprising is almost  forgotten and even forsaken, but for the folks of the old province.  We should never forget their sucess.

and one illumination from the XII century English Psalter, of the Royal Danish Library collection. 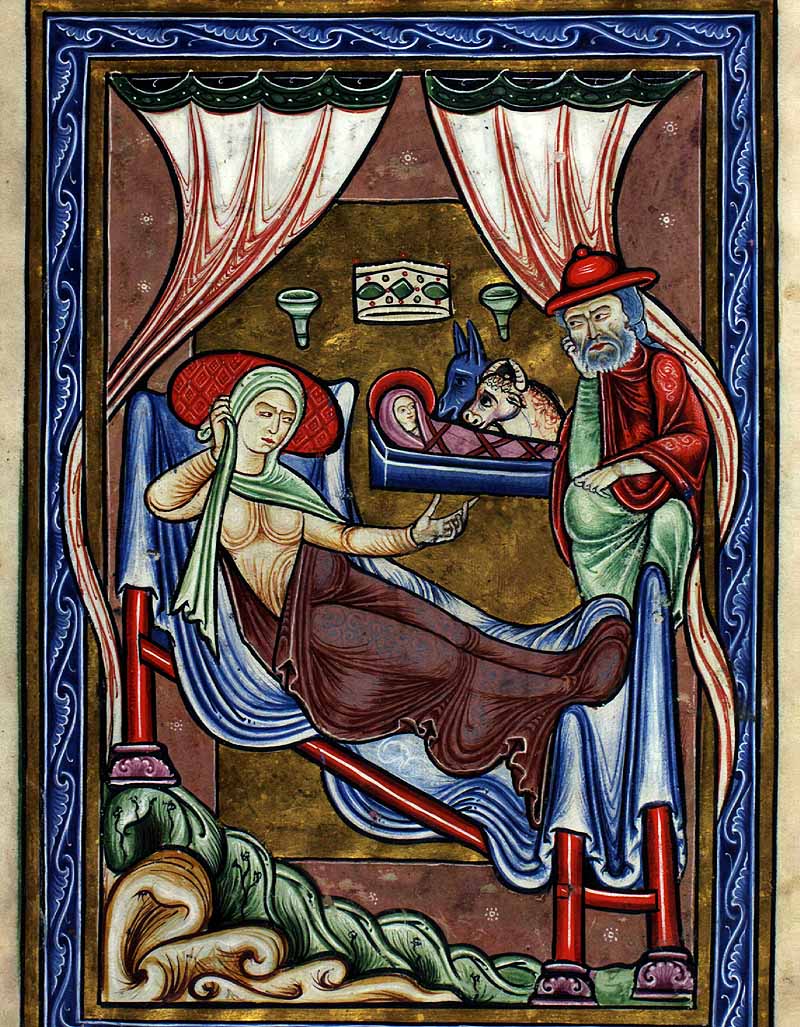 All the best to y'all, my fellow Net travelers.
May peace be upon all, be it in Ethiopia, Yemen, Ukraine or some other terrible conflict.

this evening we will celebrate Christmas Eve

meantime enjoy two beautiful renderings of the Nativity -  The Annunciation to Shepherds and Three Kings going to Bethlehem in this XII century English (when Anjou kings ruled the English realm and parts of France) Psalter perhaps made for the Danish Royal family between 1175-1200 held at the Royal Library in Denmark. 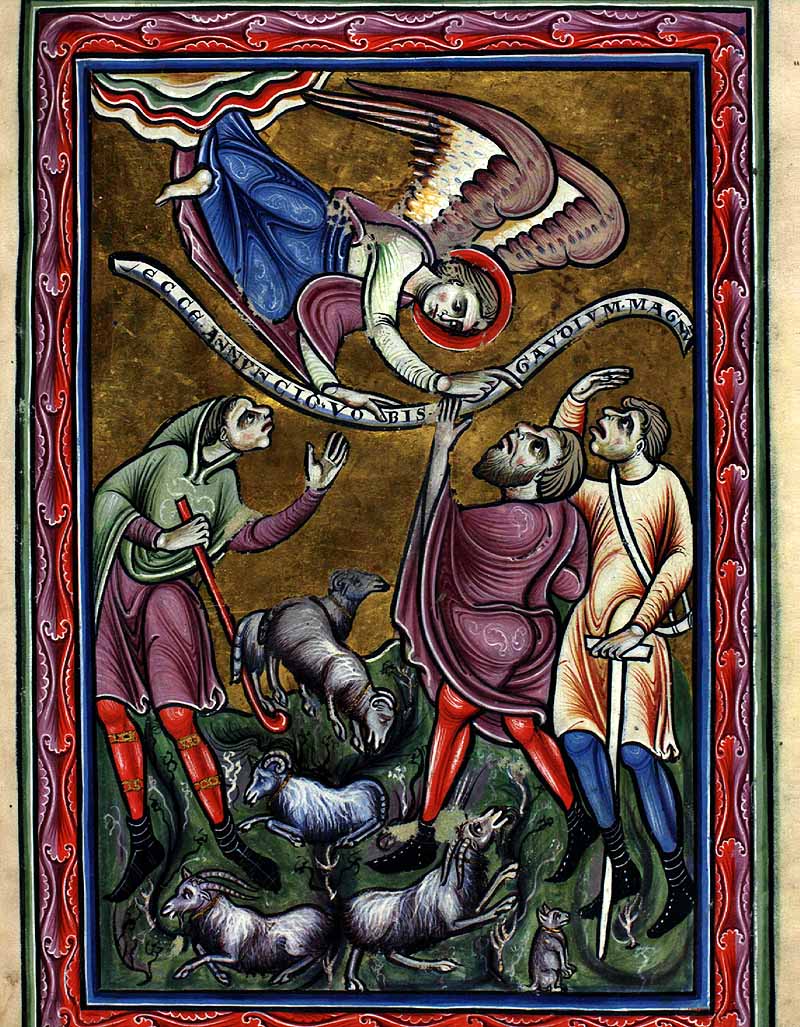 all XII century horse and tack in one painted illumination - 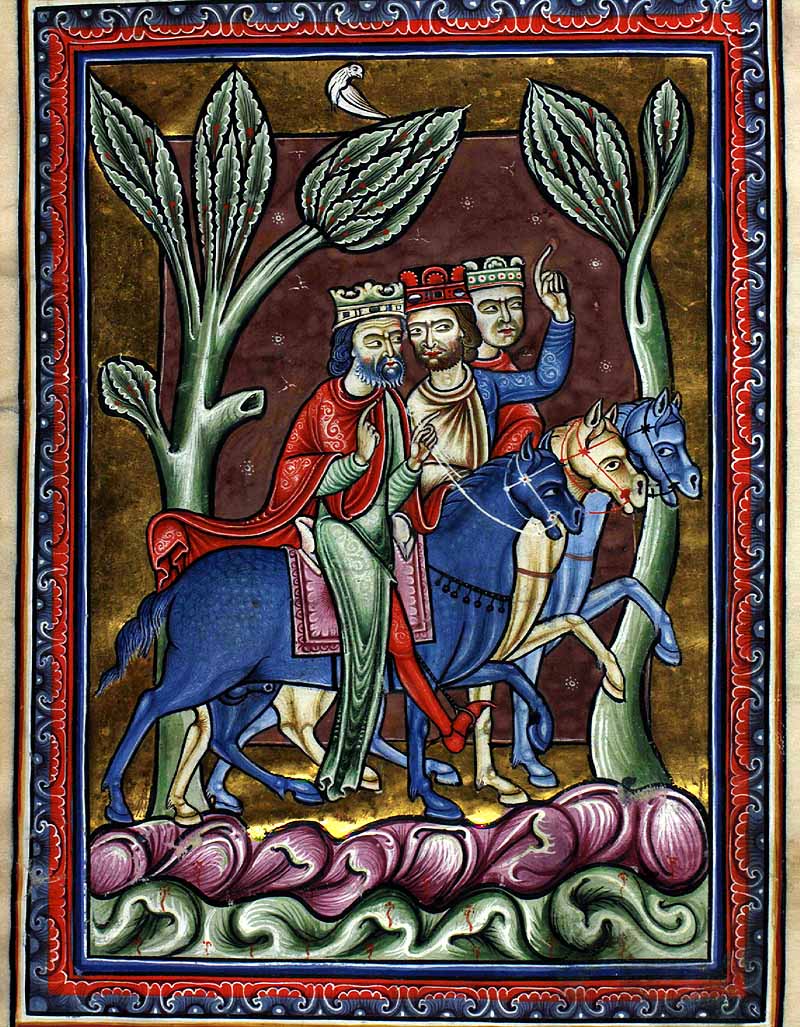 may peace come to Ukrainian and Russian people

The Sobieski family portrait - one of the sons wore his arm-guards and gorget in a manner not  dissimilar to  saint Martin's partial armor in the painting above. 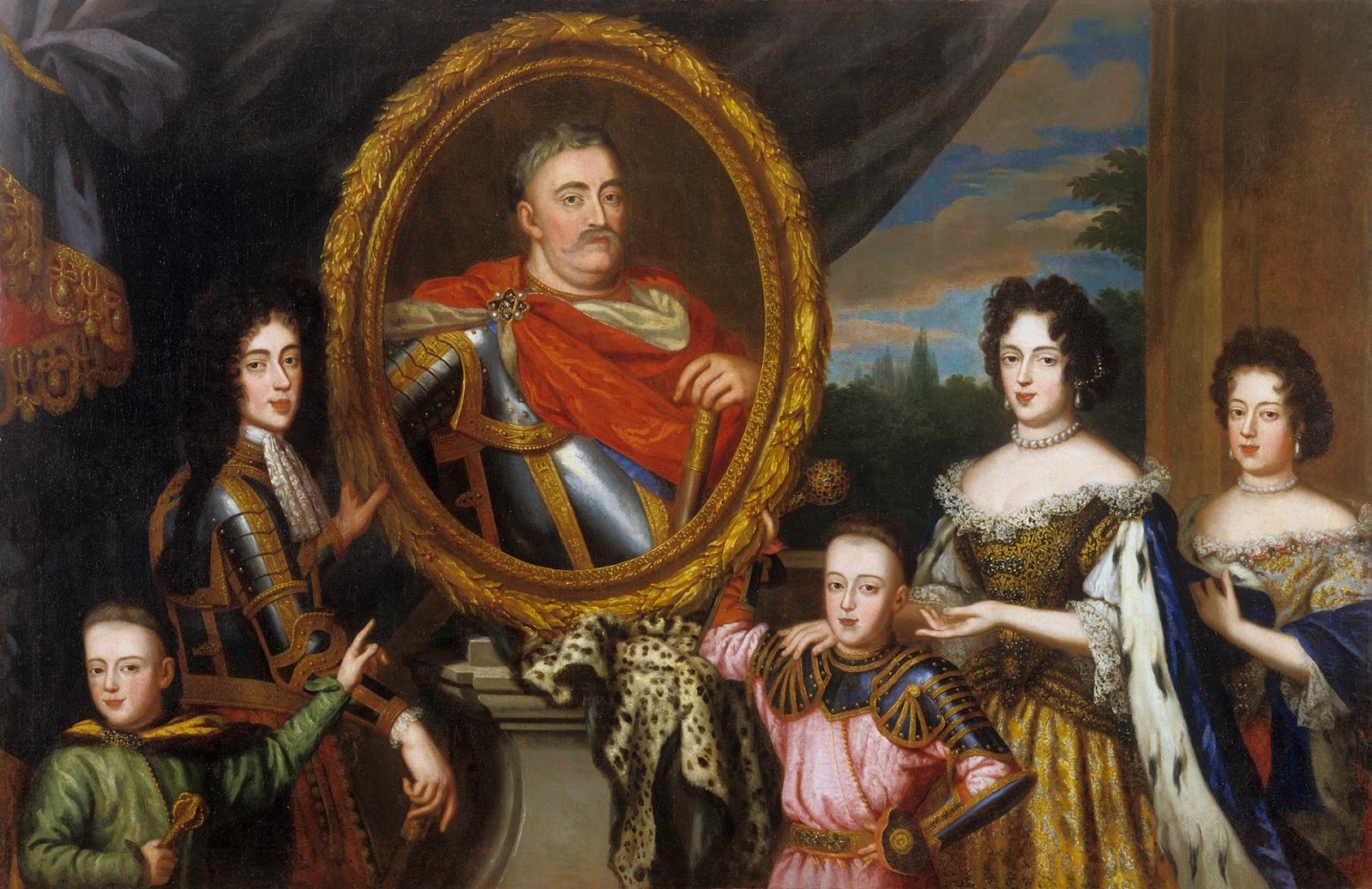 Christmas is coming - onto Bethlehem

Christmas is coming fast to our homes, only 5 days to Christmas' Eve - so in the spirit of Gospels I corralled some mosaics, carvings, paintings and their details from the pre-XVII century period  showing the Holy Family traveling, by donkey and with Virgin Mary very pregnant, from Nazareth to Bethlehem. 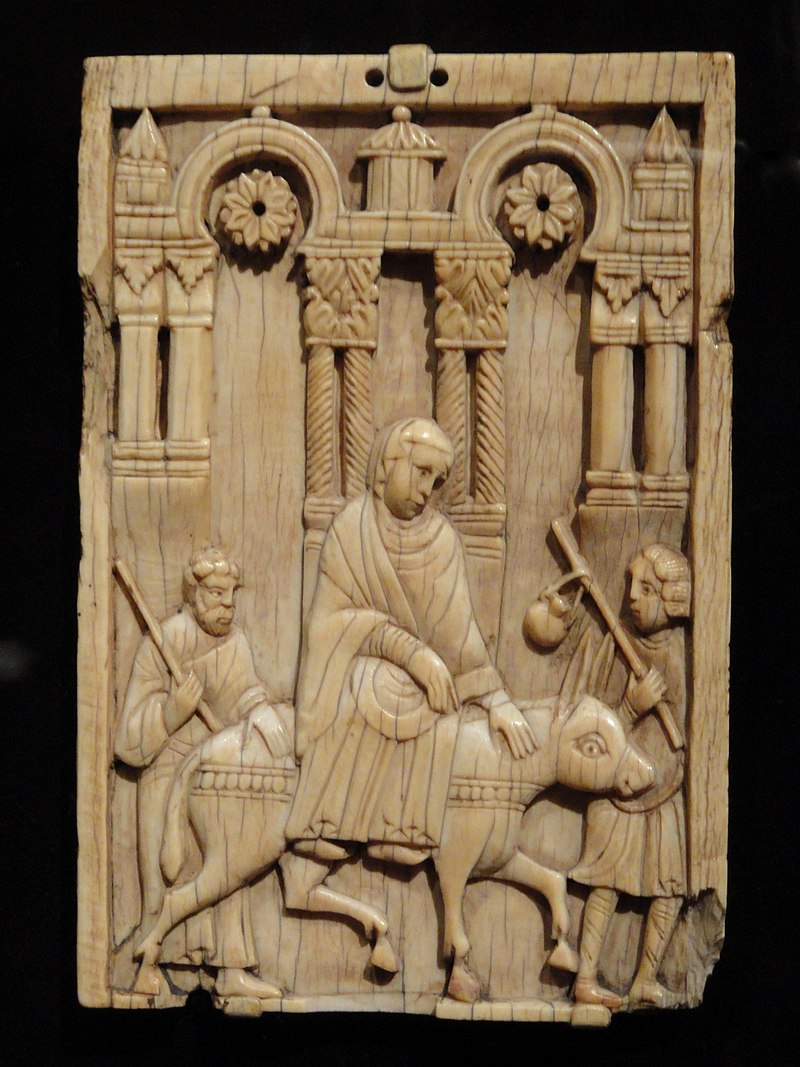 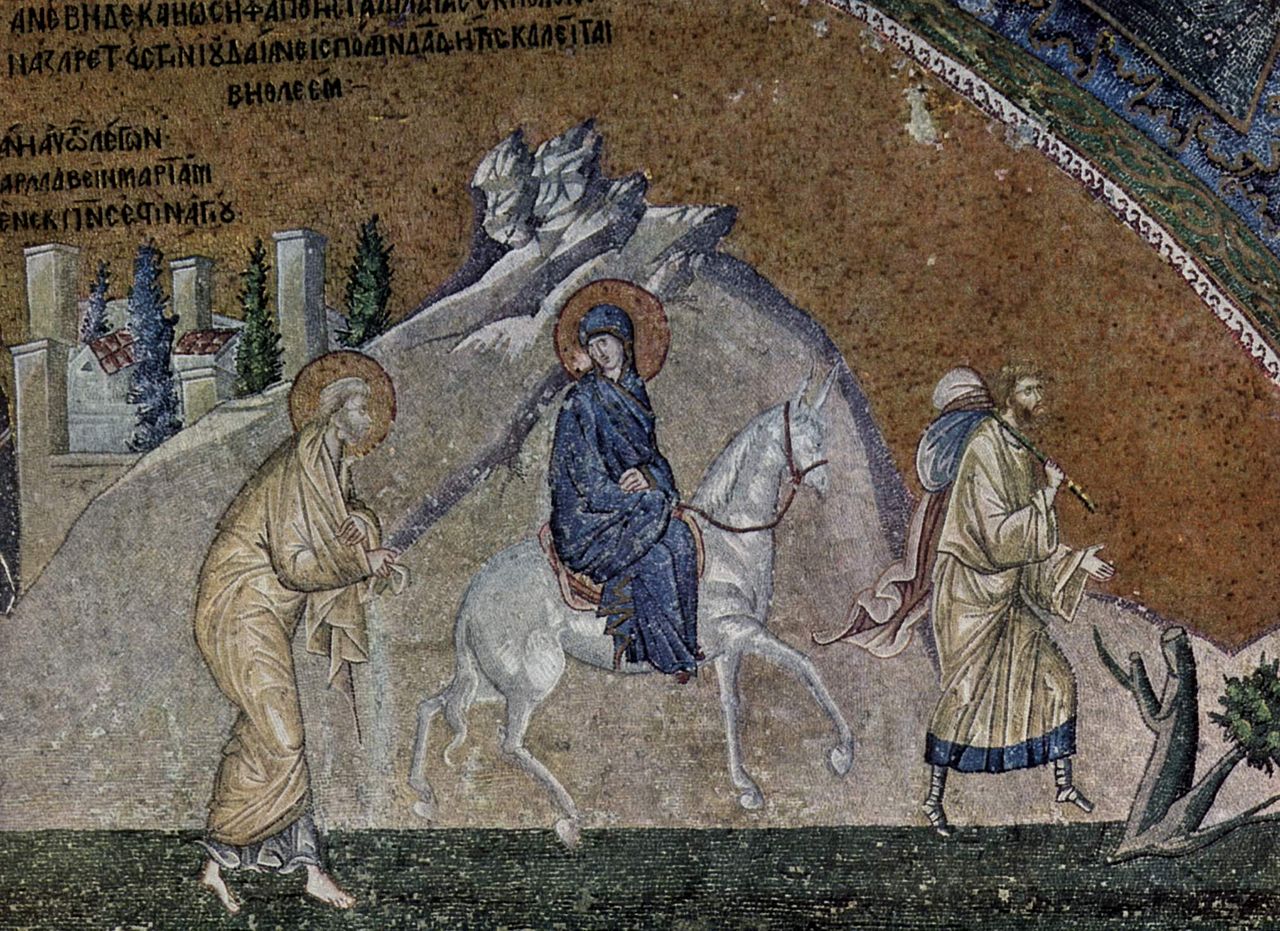 Bruegel the Elder, 1599 - The Census at Bethlehem. - details 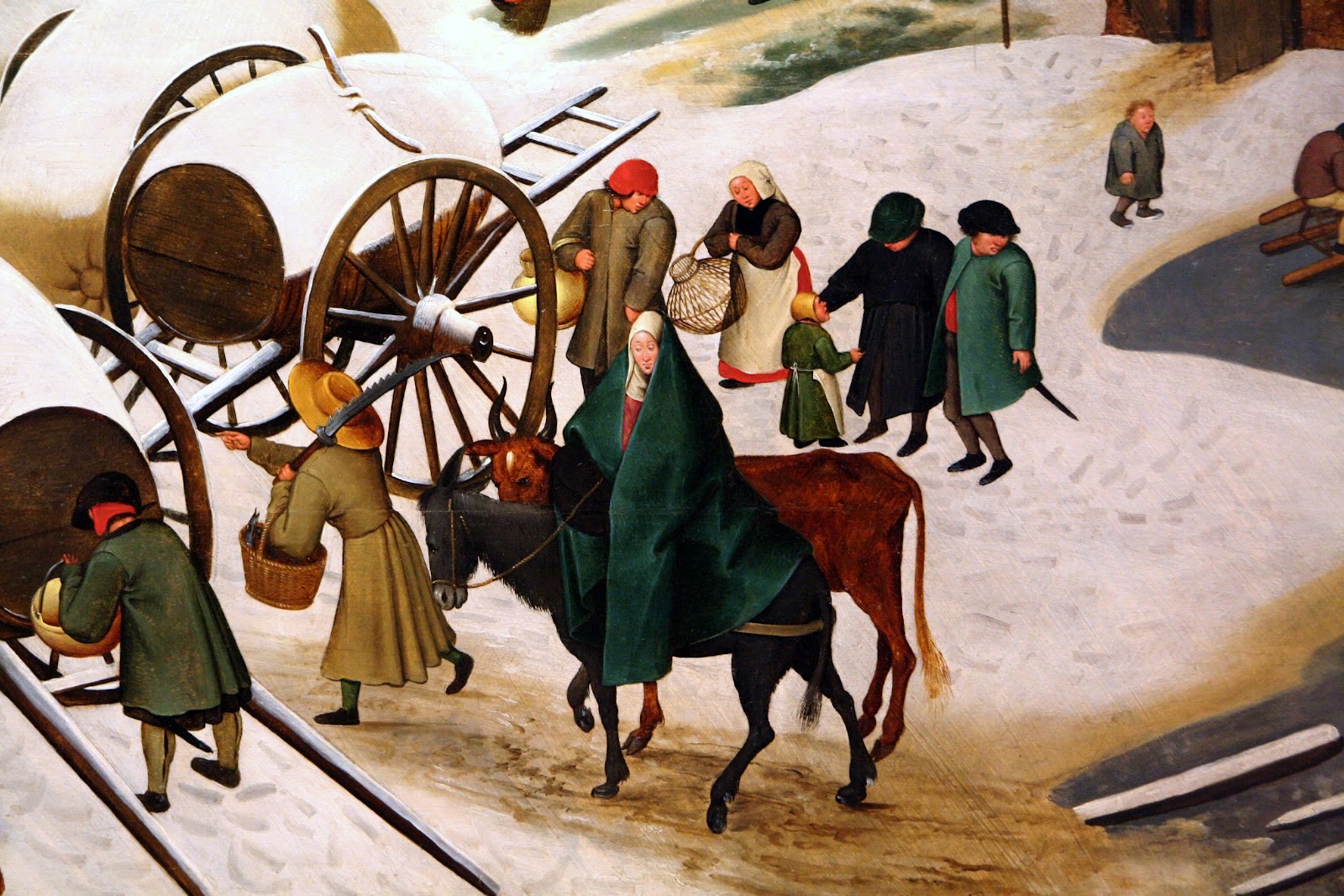 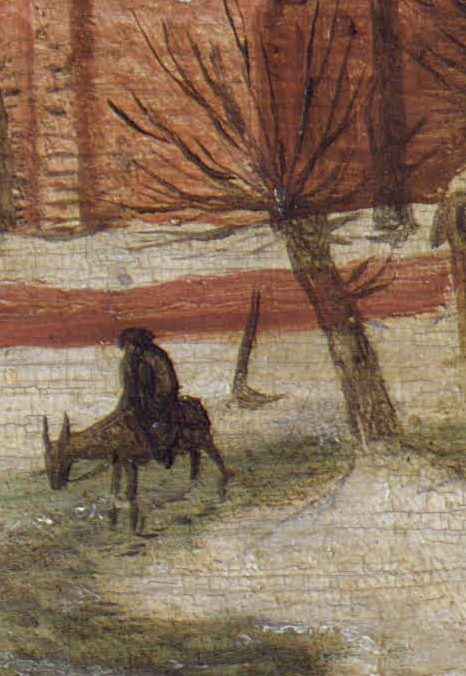 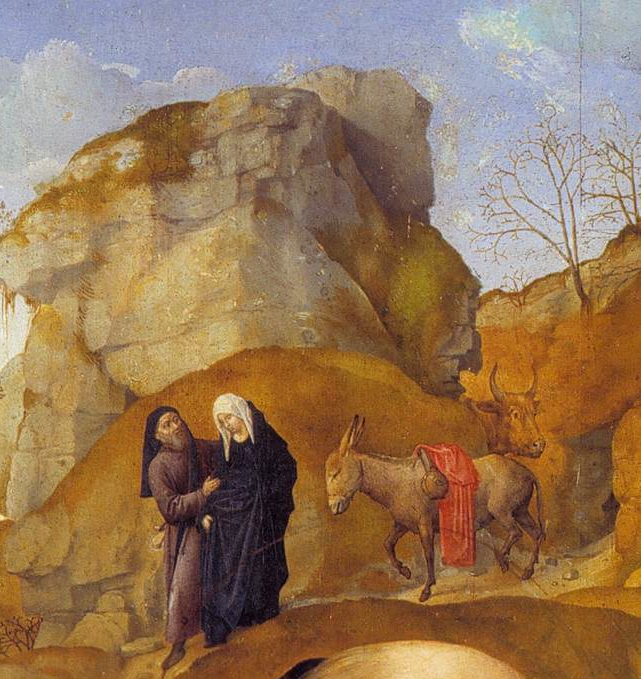