Salvate Omnes,
past three days Poles around the world celebrated  All Saints Day, Dzien Zaduszny and those following the Slavic pagan beliefs  Dziady feast.
Staying quite a bit within the religion-influenced traditions of Central Europe today we have the Saint Hubertus Feast Day - 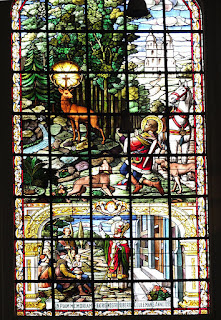 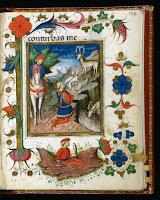 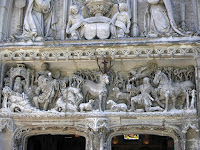 In Europe there used to be celebrations of the feast day by doing large mounted drag hunt and rides across the countryside and estates eg:

In Polish equestrian and hunting tradition there used to be a large gathering of hunters for a special hunt, prior to the actual hunt there was  specially celebrated main eucharistic liturgical service  or mass; nowadays the riding clubs celebrate the feast day  with with a 'fox hunt' horse game - gonitwa/bieg swietego Huberta aka Hubertus - where a group of riders chase after a 'fox' or a rider who has a fox's tail loosely attached/affixed to the left shoulder or upper arm. The capture of the fox tail ends the chase. And the winner of the chase will become the 'fox' the following year. afterwards the participants and their pedestrian friends and families will often celebrated by eating a bigos or hunter's stew and toasting with some stronger drink one another. These horse chases were popular with the Polish cavalry regiments and their  officers prior to the World War II - eg photos of Narcyz Witczak-Witaczynski

While on this day the Polish hunters (grouped exclusively within the hunting or game clubs) gather in their club game areas for a special group hunt, often started with a mass by a small chapel or , and they end the day with a celebratory dinner of bigos  from one or many large kettles heated over the bonfires. Drinking a certain quantity of nalewka and other drinks like zubrowka has also been a tradition 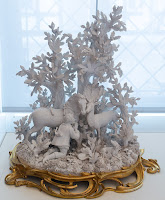 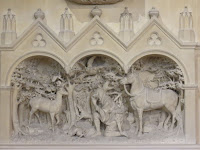 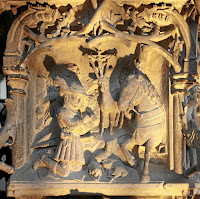 Nota bene  Kazimierz III the Great,  our Polish king of the Piast dynasty, got injured and died due to injuries sustained during his stag  hunting accident near Przedborz castle (now non-existent) on the Pilica River

In the city of  Rzeszow there is a chapel dedicated to Saint Hubertus, founded by one of the Lubomirskis in the XVIII century; the veneration of this saint came about perhaps as the result of the Saxon kings' influence on the Polish culture and customs.
Below Jerzy Kossak's painting showing Saint Hubertus and the

Valete
ps
nota bene
Darz Bor - or 'may the forest give you plenty, may the forest grant you its  gifts'-  to all hunters this hunting season... and best of luck to the game animals running away from the hunters.
Posted by Dario T. W. at Sunday, November 03, 2019