Ancient Thessalian horse and rider in their coins 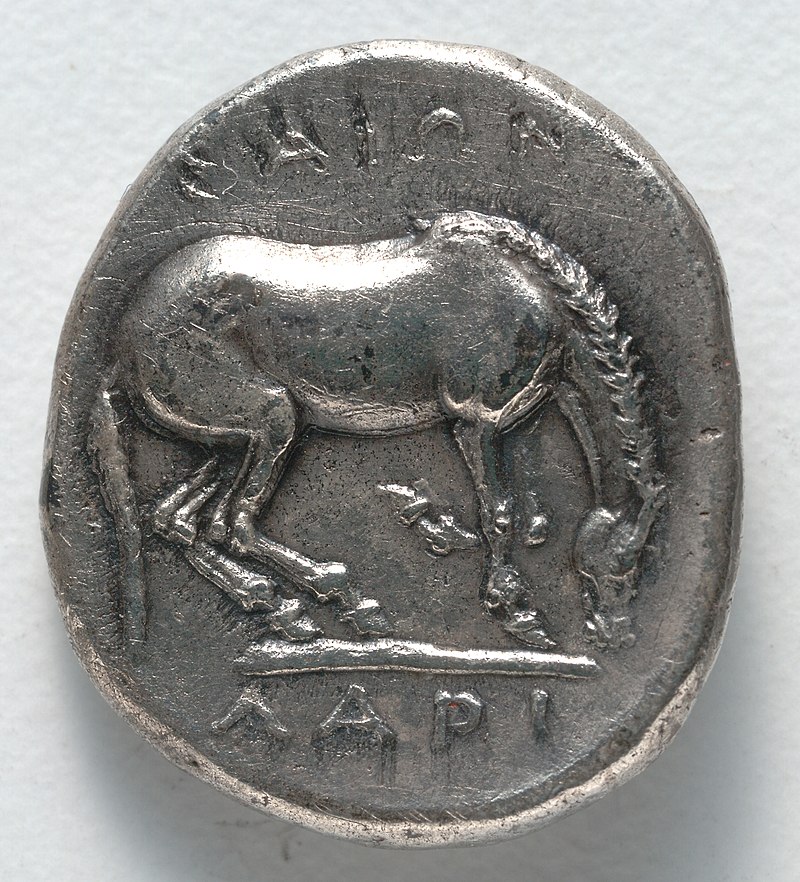 in my mind the land of ancient Thessaly has always been the land of horse and rider - with petasos, spears, javelins, chlamys etc.
Thessaly was a region of ancient Greece situated between the Pindos in the west (separating Thessaly from Epeiros) , Cambunian Mountains with Mount Olympus range in the north-east ending into the Aegean Sea (thus separating Thessaly from Macedonia), and  Mount Ossa and Magnesian (Pelion) range in the southeasterly direction ending with a peninsula into the Aegean Sea, and Mount Orhrys range  in the south(separating Thessaly from central Greece). In the center of this mountainous land there was a plain with rivers where ancient Greek horses were bred and horsemanship practiced. 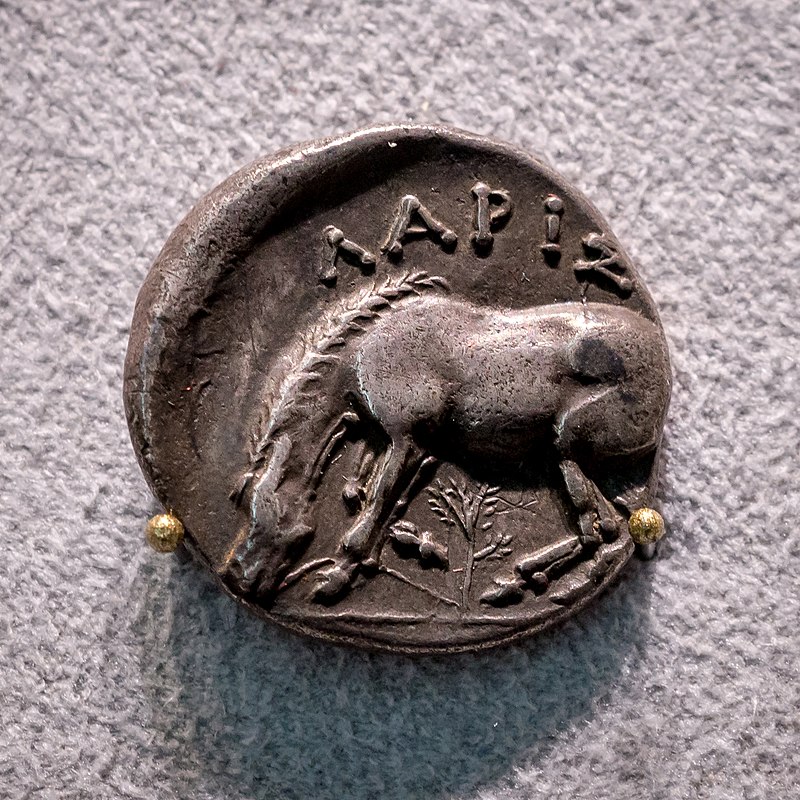 Thessalian lords had their sort of helot like dependent-class known as penestai and tribute paying free-class of perioikoi. Thessalians aligned themselves with Xerxes, the Great King of Persia, during the Persian invasion and returned to the Hellenic side after the battle of Plataeai of 479BC. Yet cities dominated Thessaly like Larissa, Cranon, Pharsalos and Pherai/Pherae somewhat unified into so called Thessalian League.

Towards the end of classical age one lord emerged as the overlord or tagus/tagos of all Thessaly- Jason of Pherae. 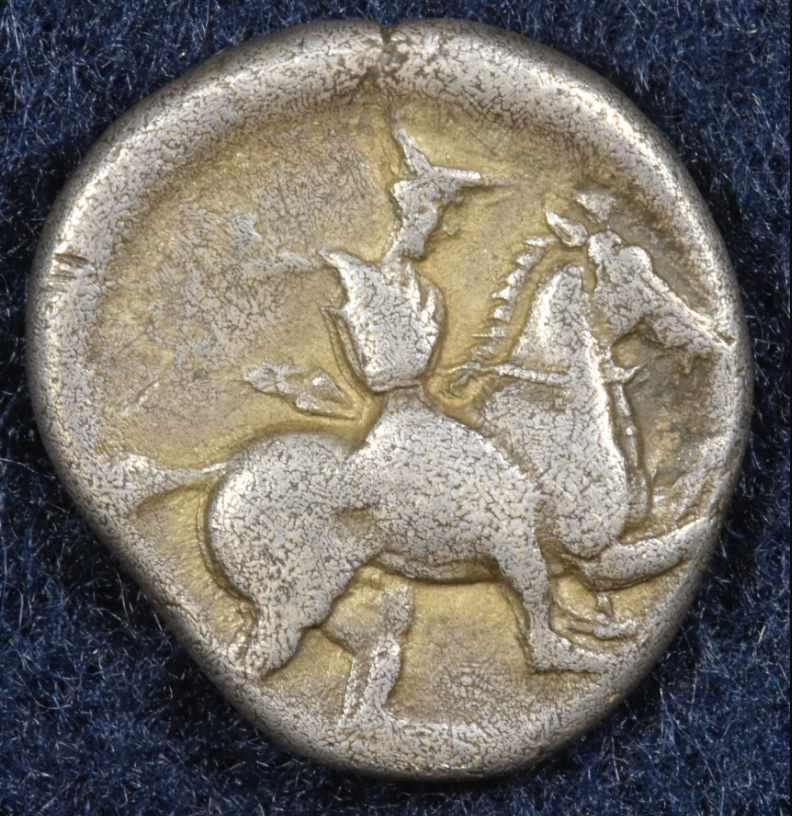 Xenophon wrote about him in his Hellenica - on archive  or perseus.tufs.edu 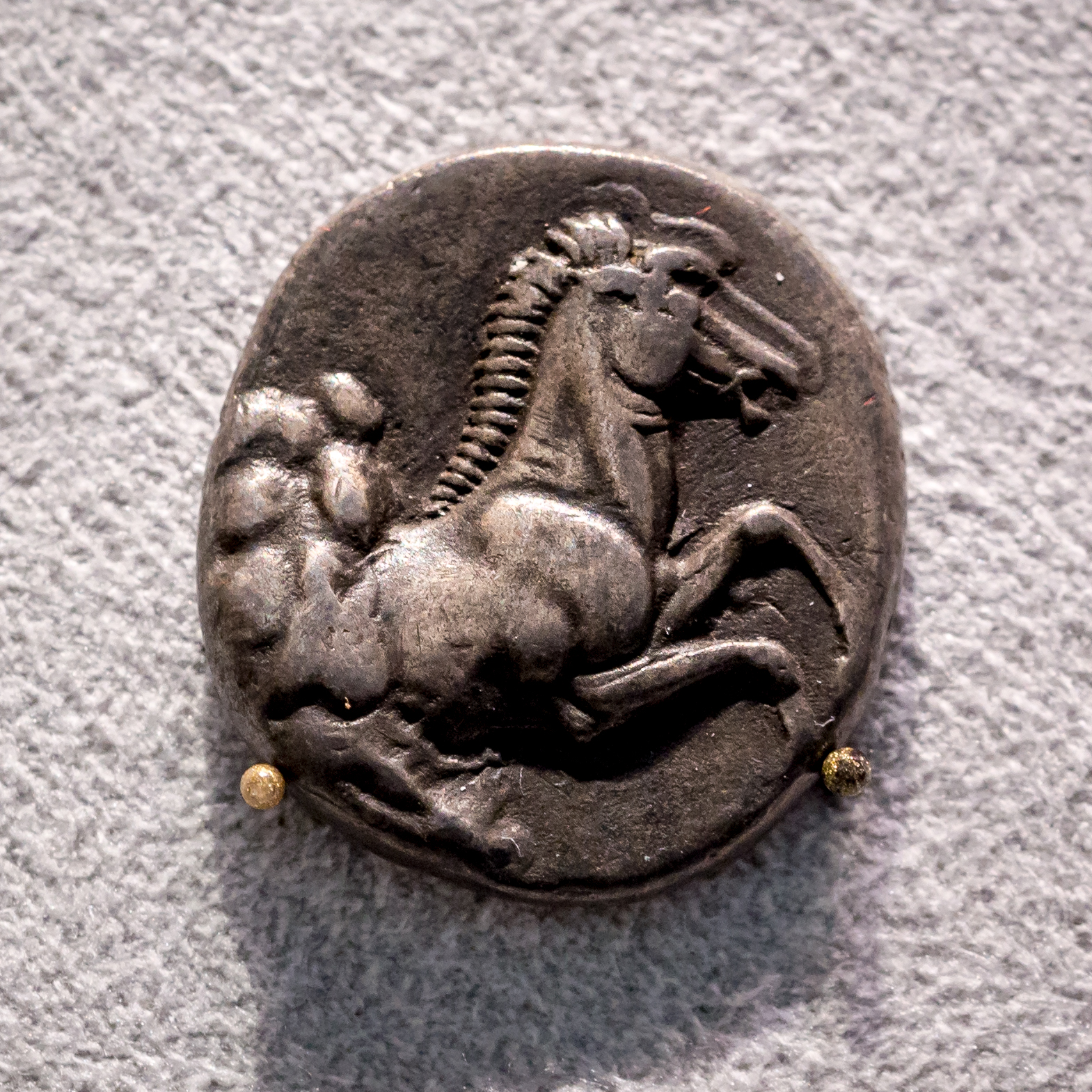 Then came Philip of Macedon and it his 'unifying' of Thessaly (Thessalian League) with his and the Alexander's kingdom cemented the new state - only the Roman conquest ended Macedonian kingdom rule in 197BC, but then in 146BC Rome created the province of Macedonia and Thessaly was incorporated into that province. 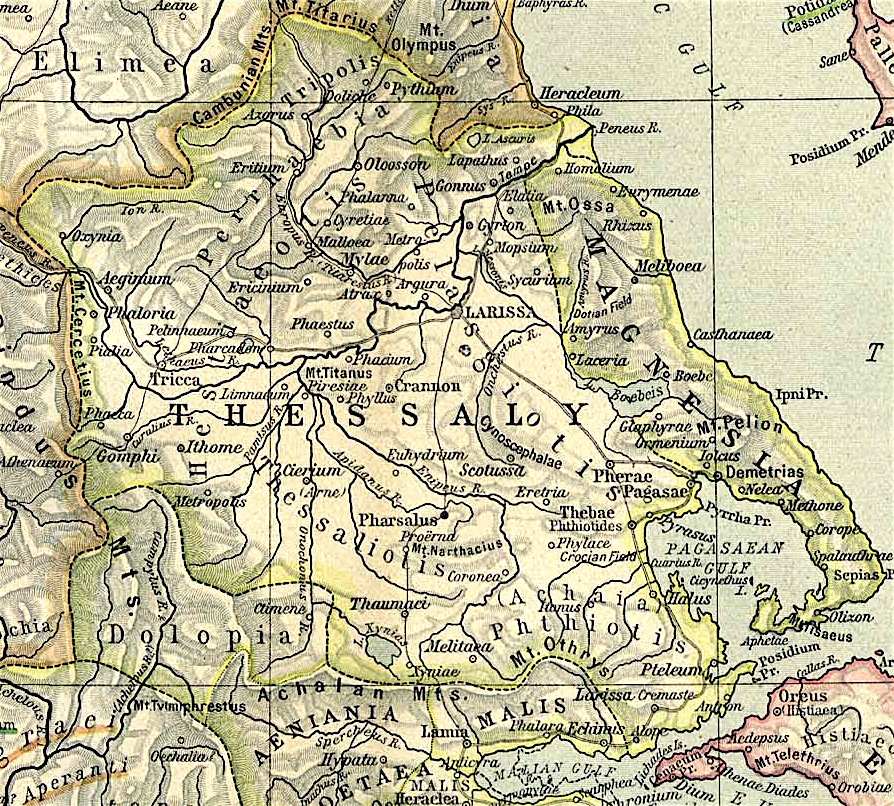 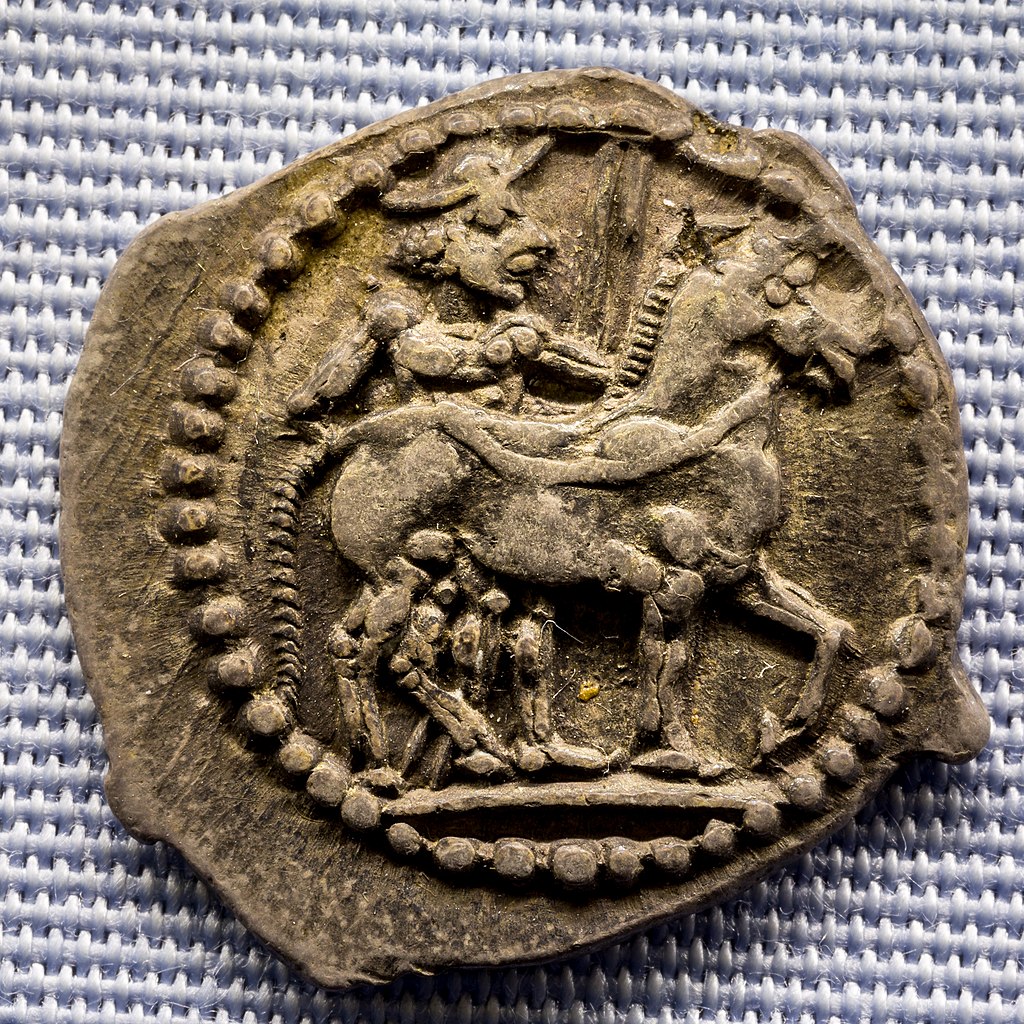 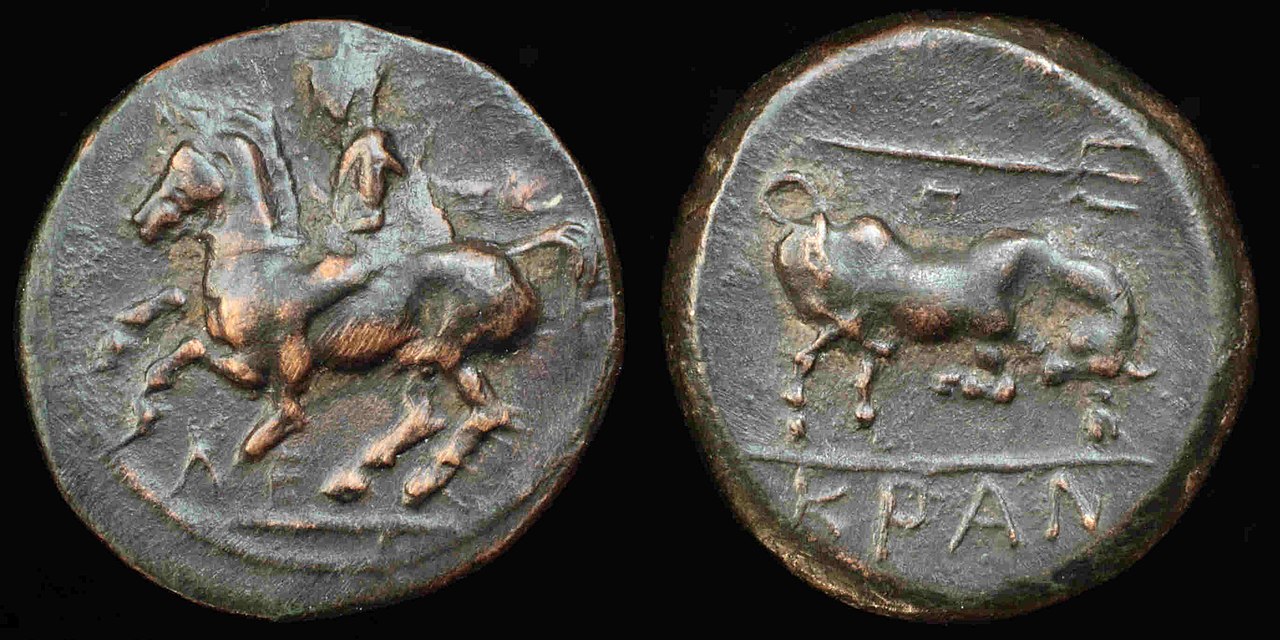 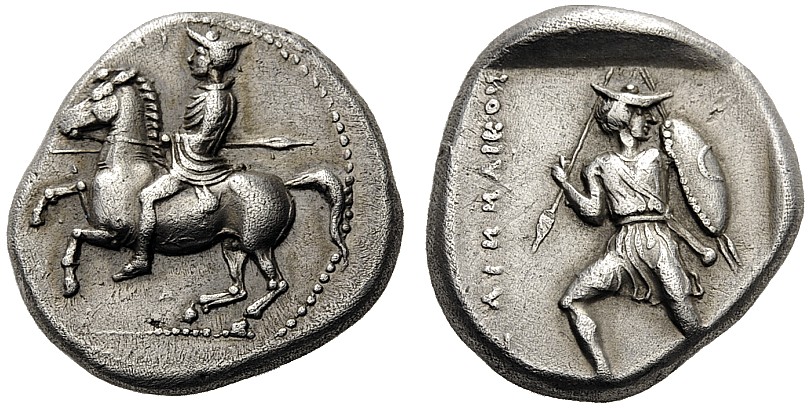 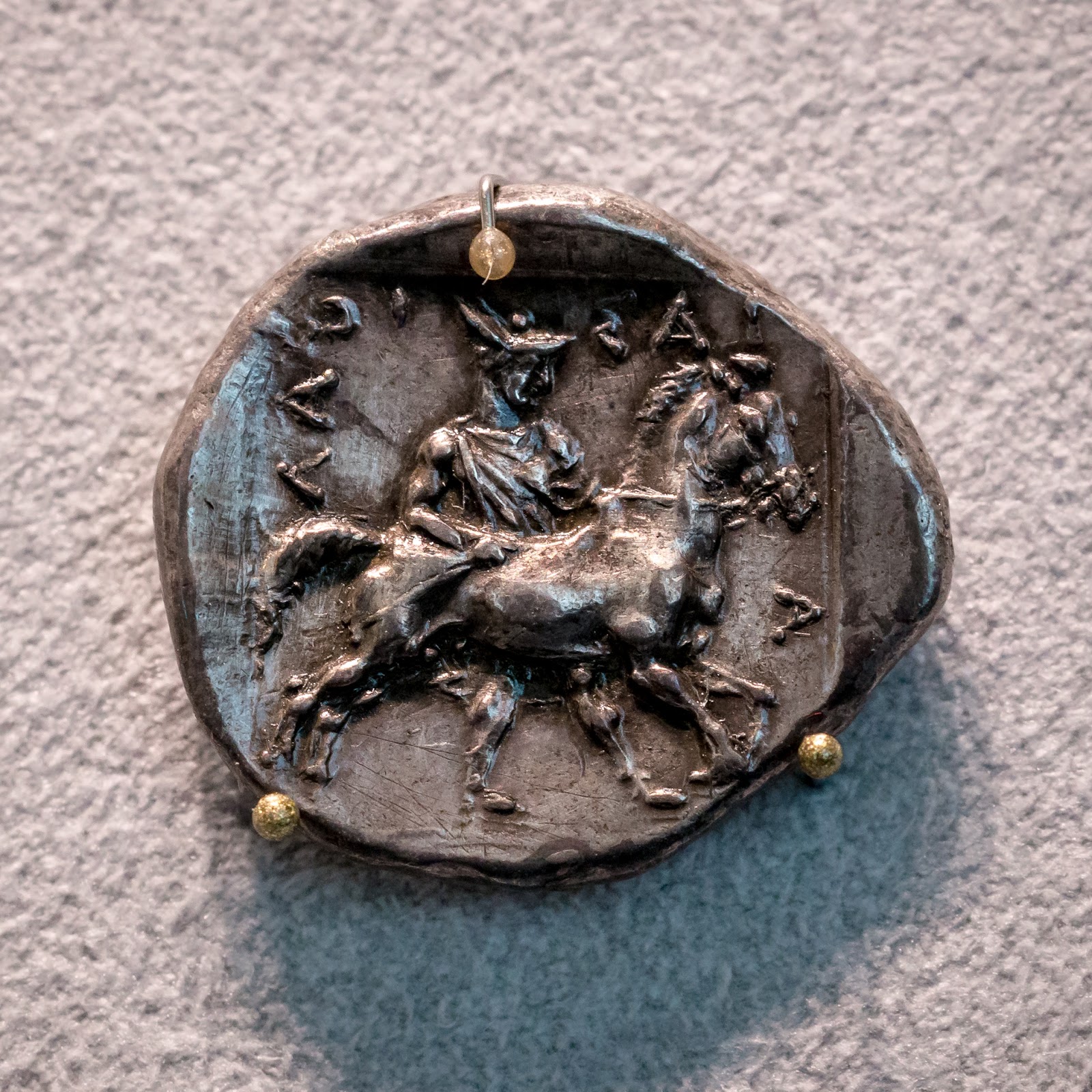 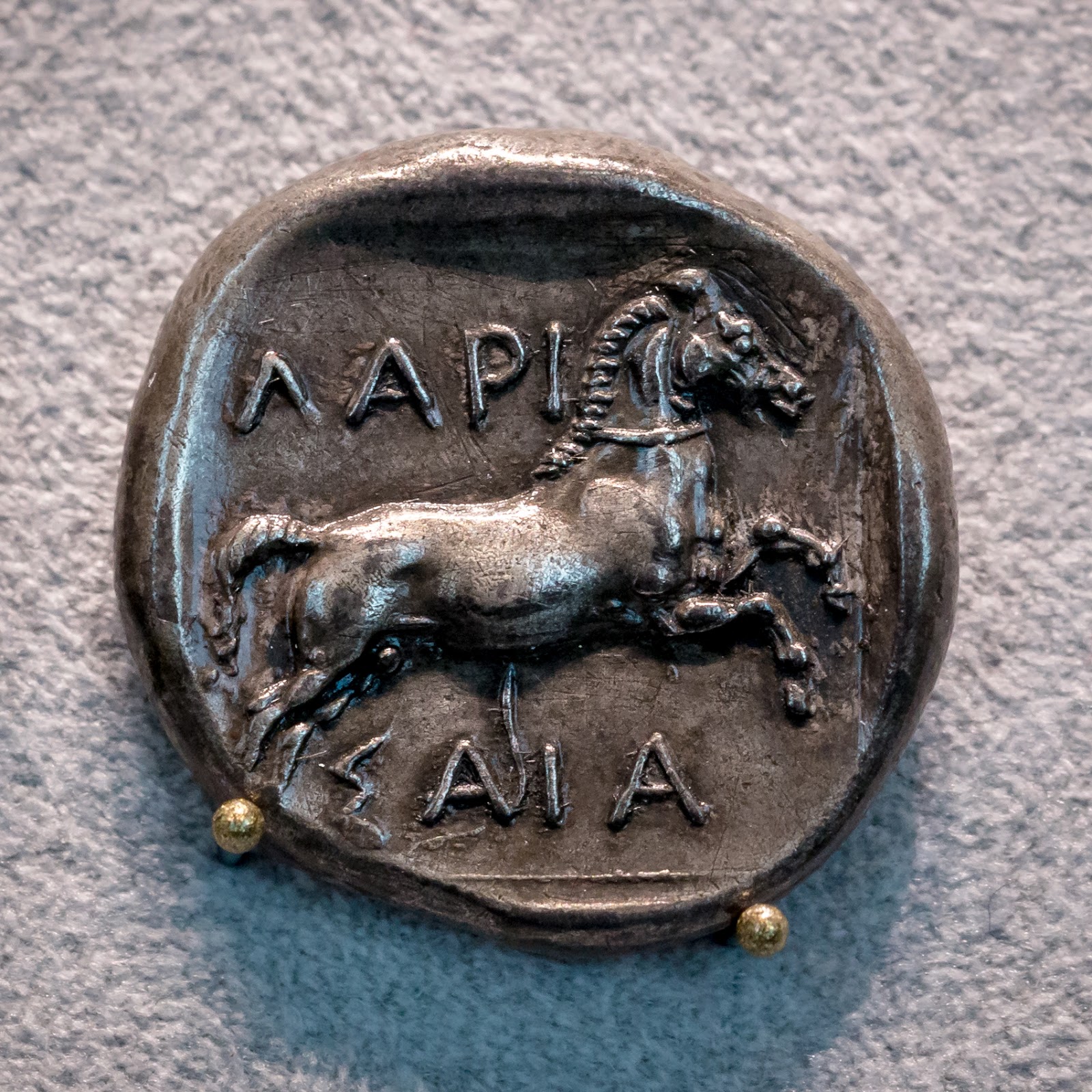 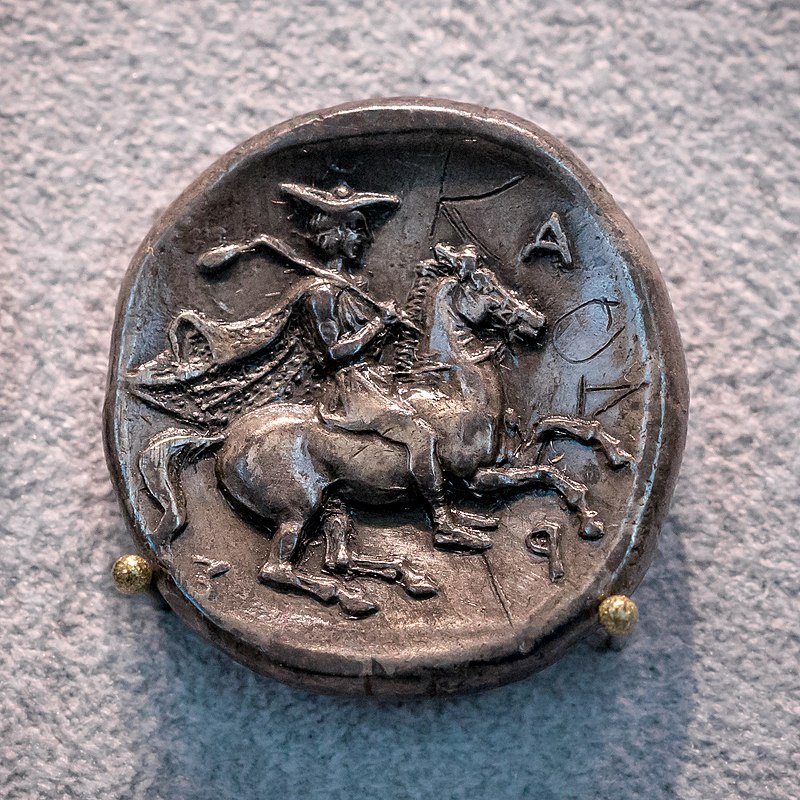 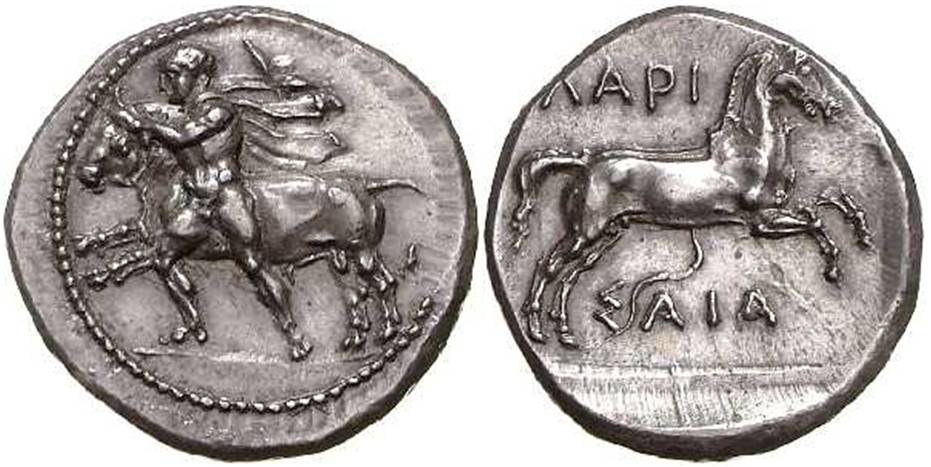 more coins of Thessaly during the classical and Hellenistic age here 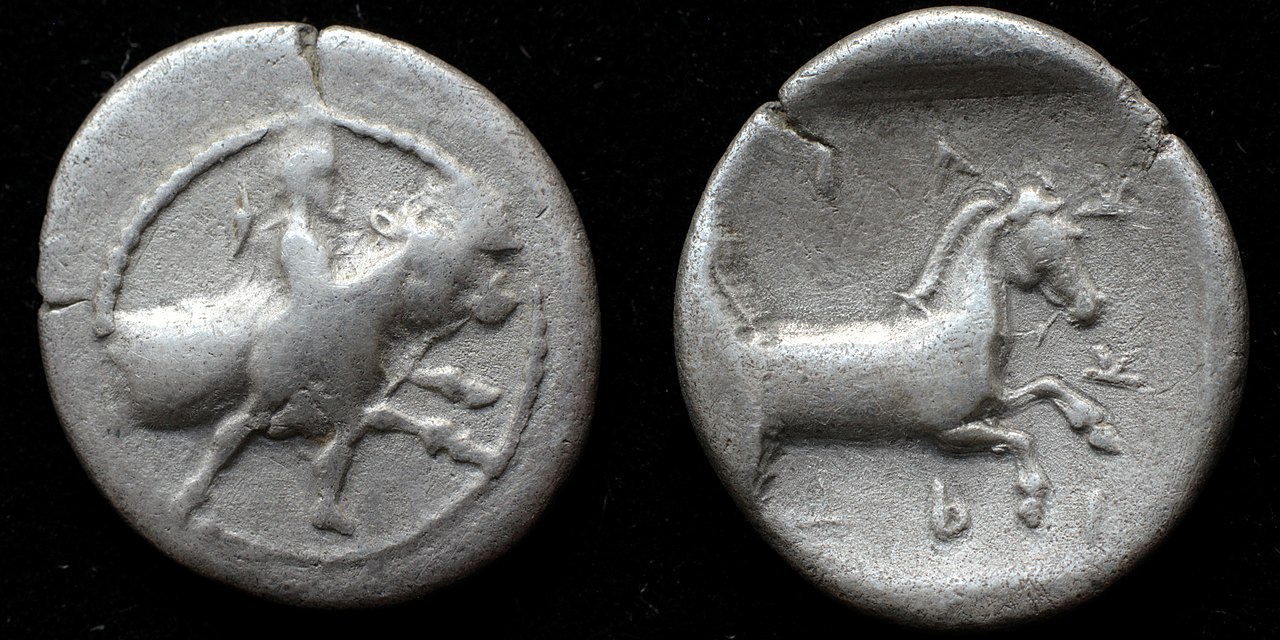