I came across this equestrian monument while perusing Wiki Commons -

This is a sculpture erected in Pella (Greece), the ancient capital of kingdom of Macedon, and was sculpted by Constantinos Baliou Loghos.(says wiki)

This modern sculpture is realistic and symbolic at the same time - Alexander holds a figure of Nike - goddess of Victory - in his extended hand. 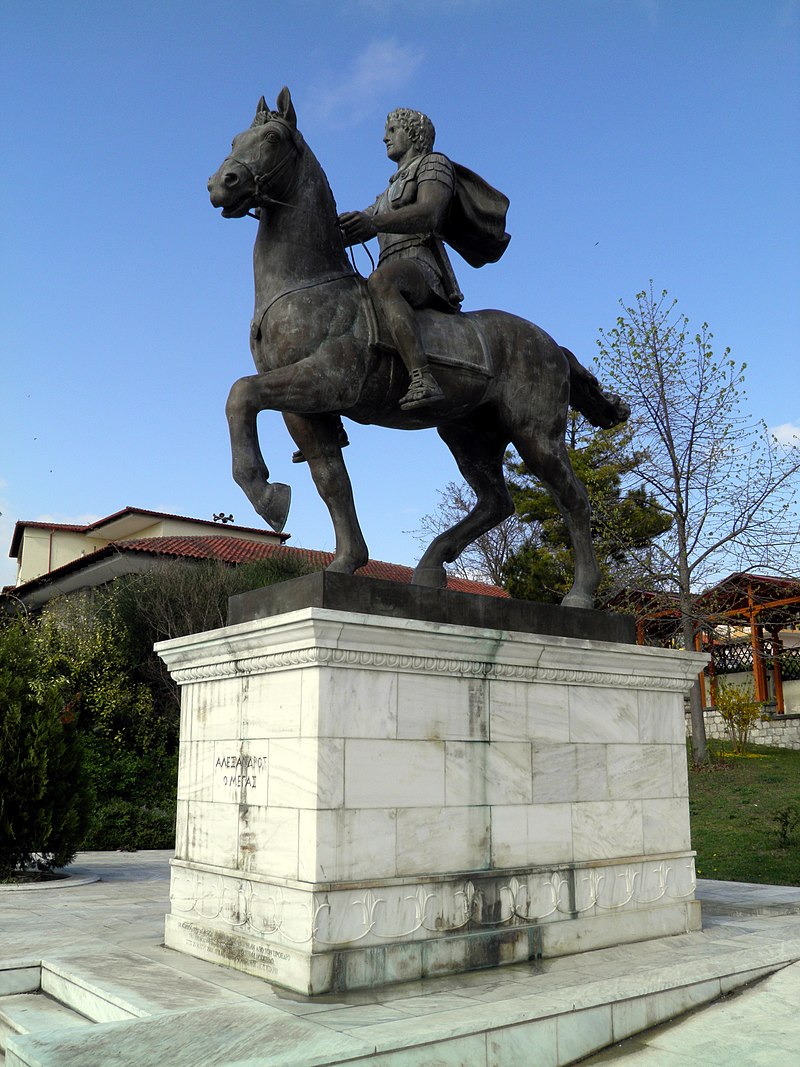 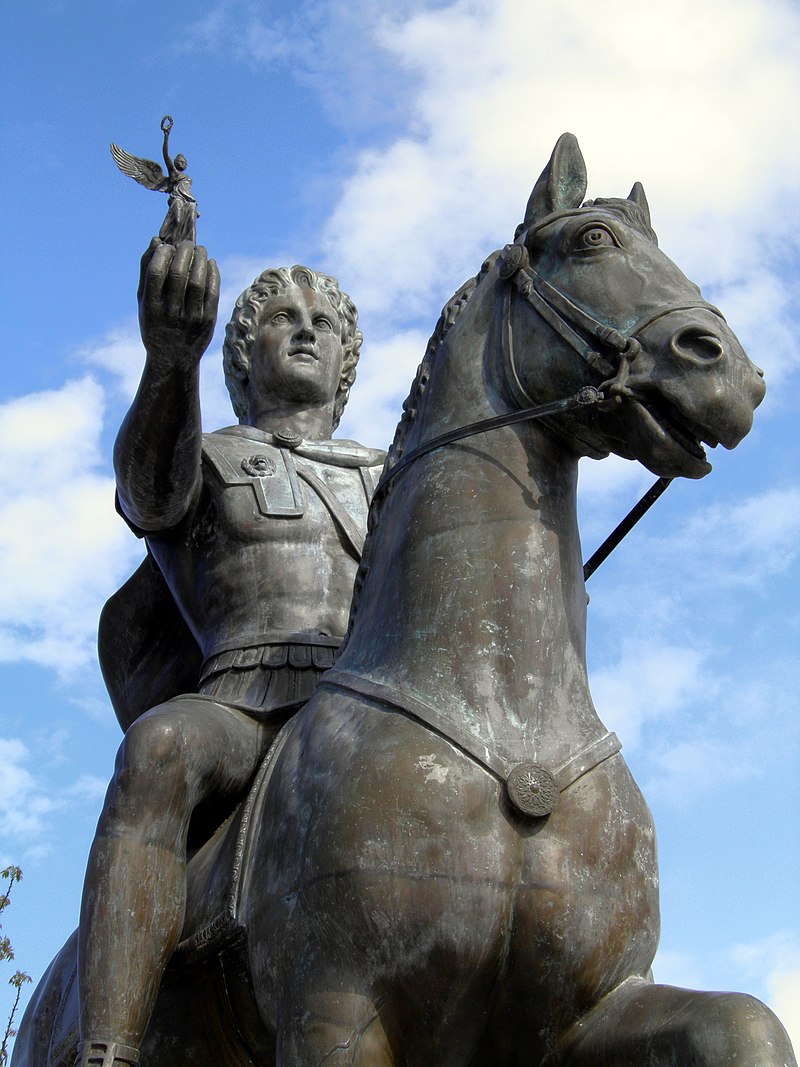 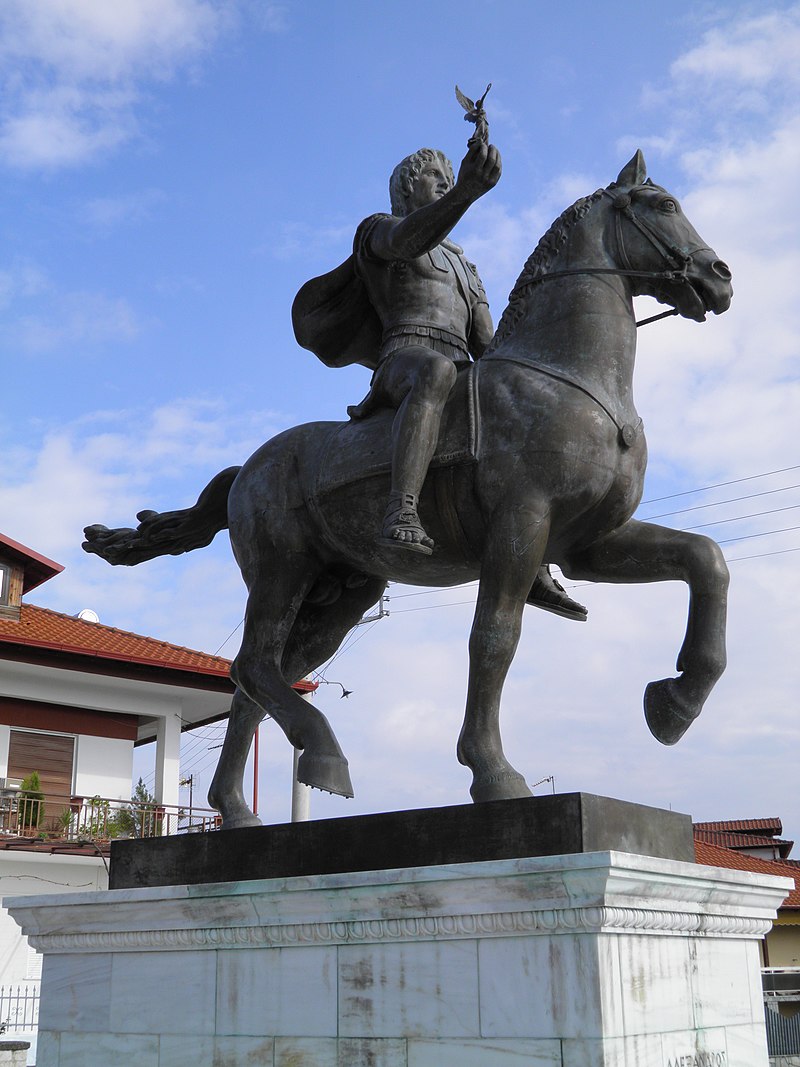 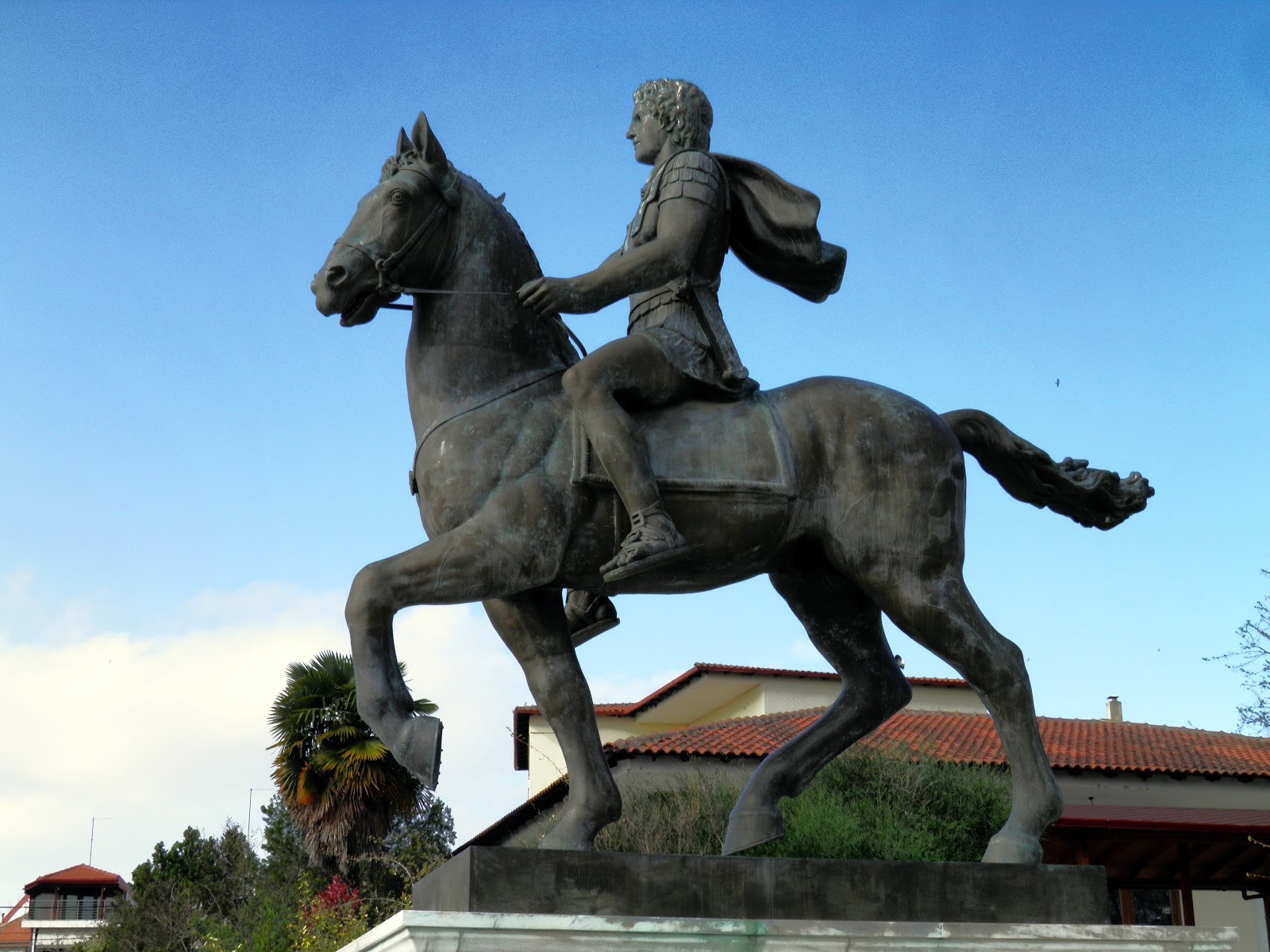 unfortunately the bridle as sculpted is a modern one and does not belong here - more about Alexander and his horse's tack in a separate post .
Still Bucephalus as depicted here is strong, powerful and war-horse like - so I say it is a powerful and moving image of the famous pair.