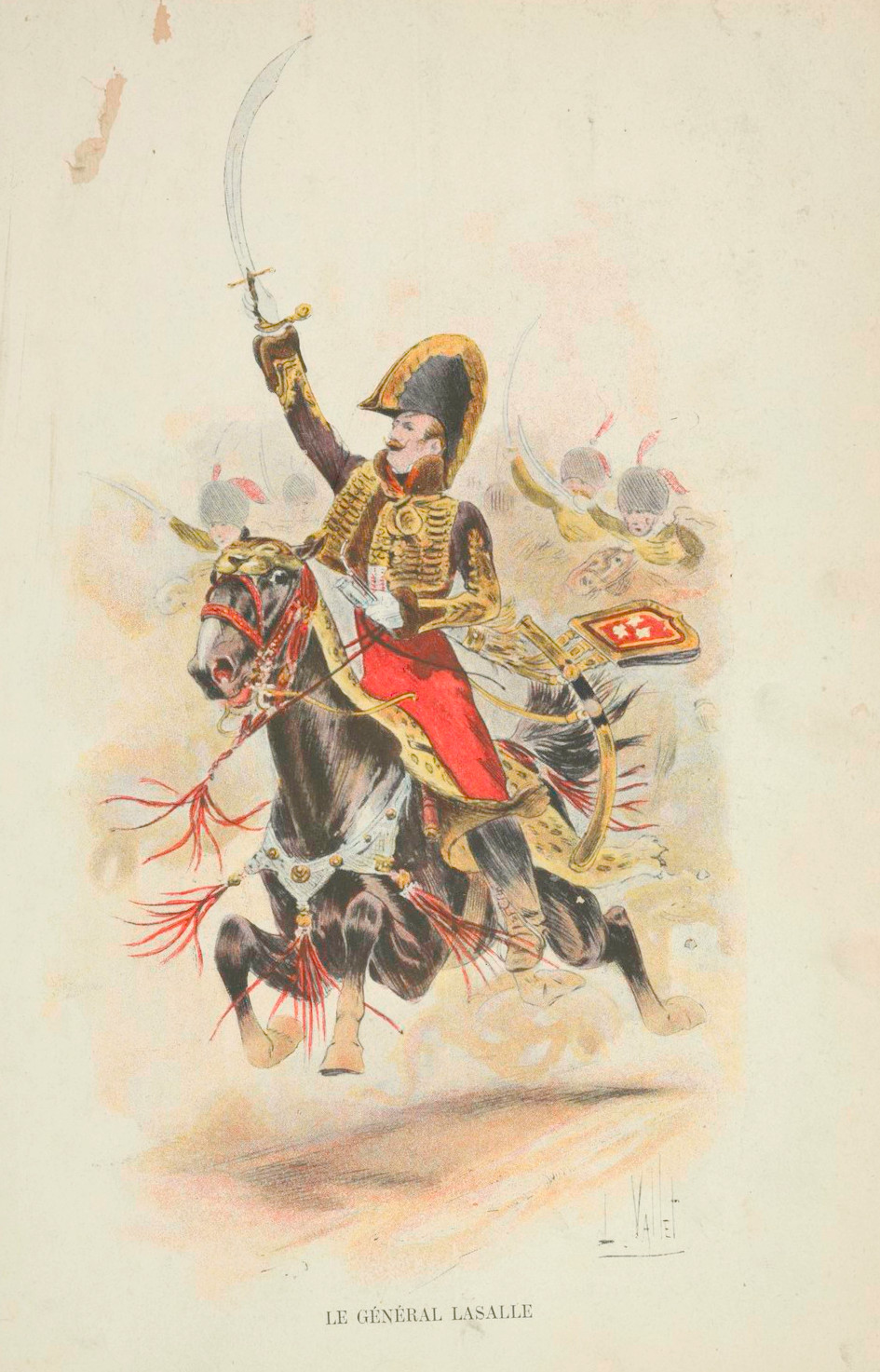 on this day today but in AD 1809 at the battle of Wagram the French and especially their cavalry lost one of their most talented and dashing commanders and horsemen, Antoine Charles Louise de Lasalle - warrior and bagatyr of the old steppe legends.

General Lasalle (10th May 1775- 6th July1809) was supposed to say that no French hussar ought to live past his 30th birthday. He himself being a general was 34y.o.a. when he died at Wagram. 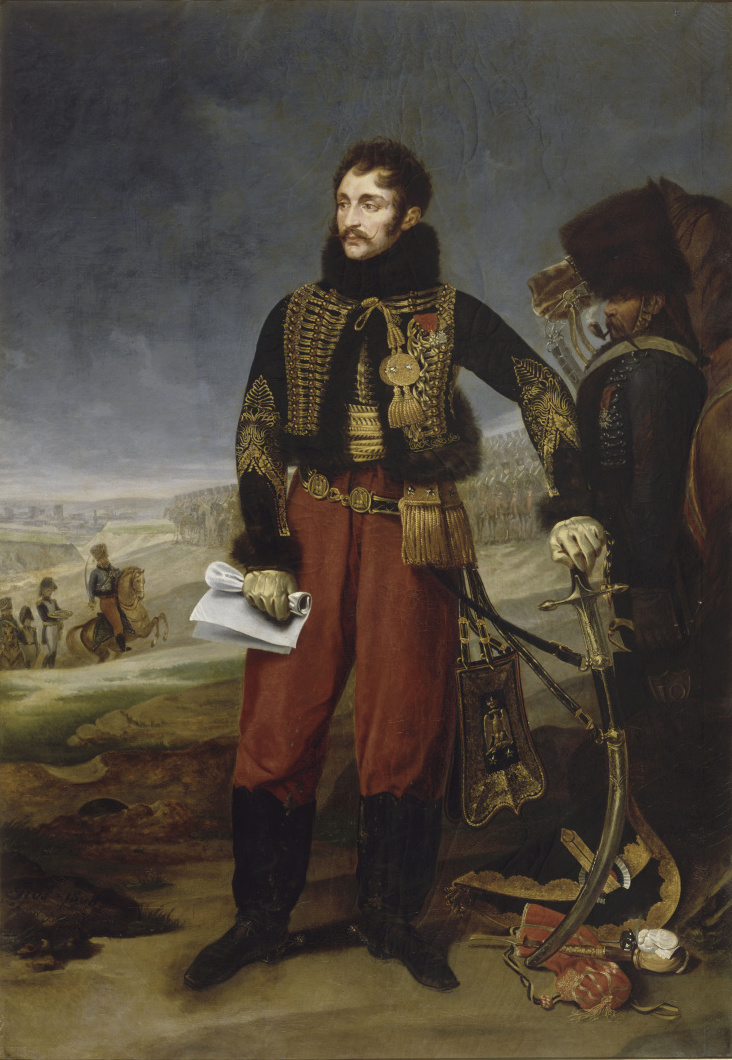 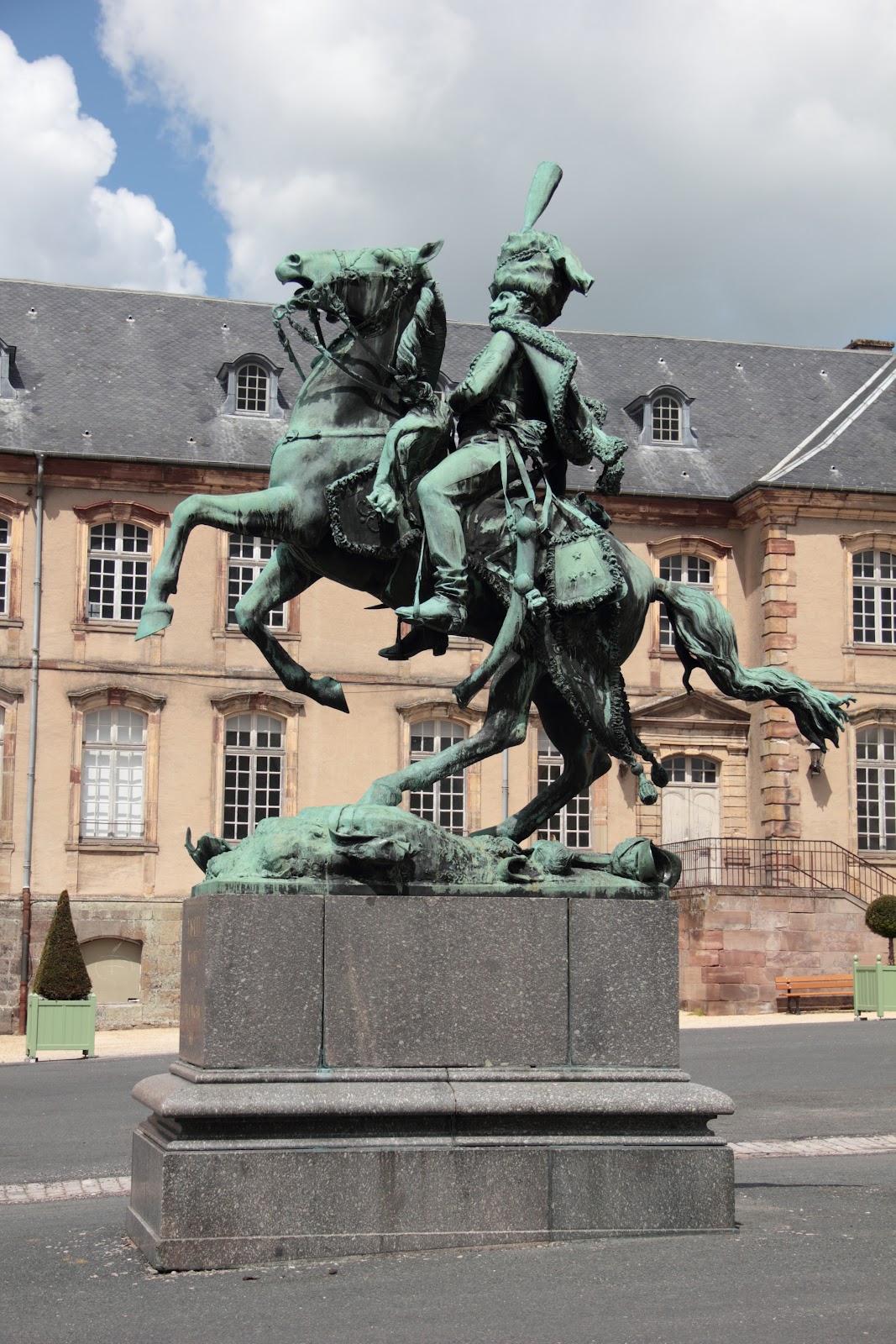 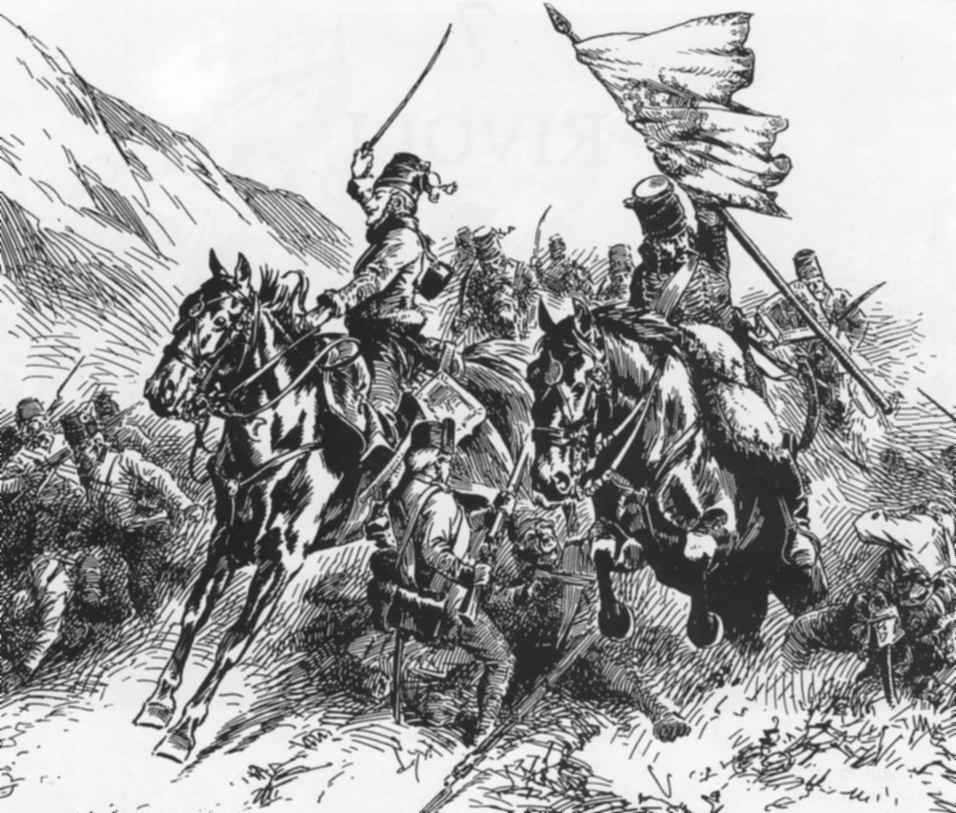 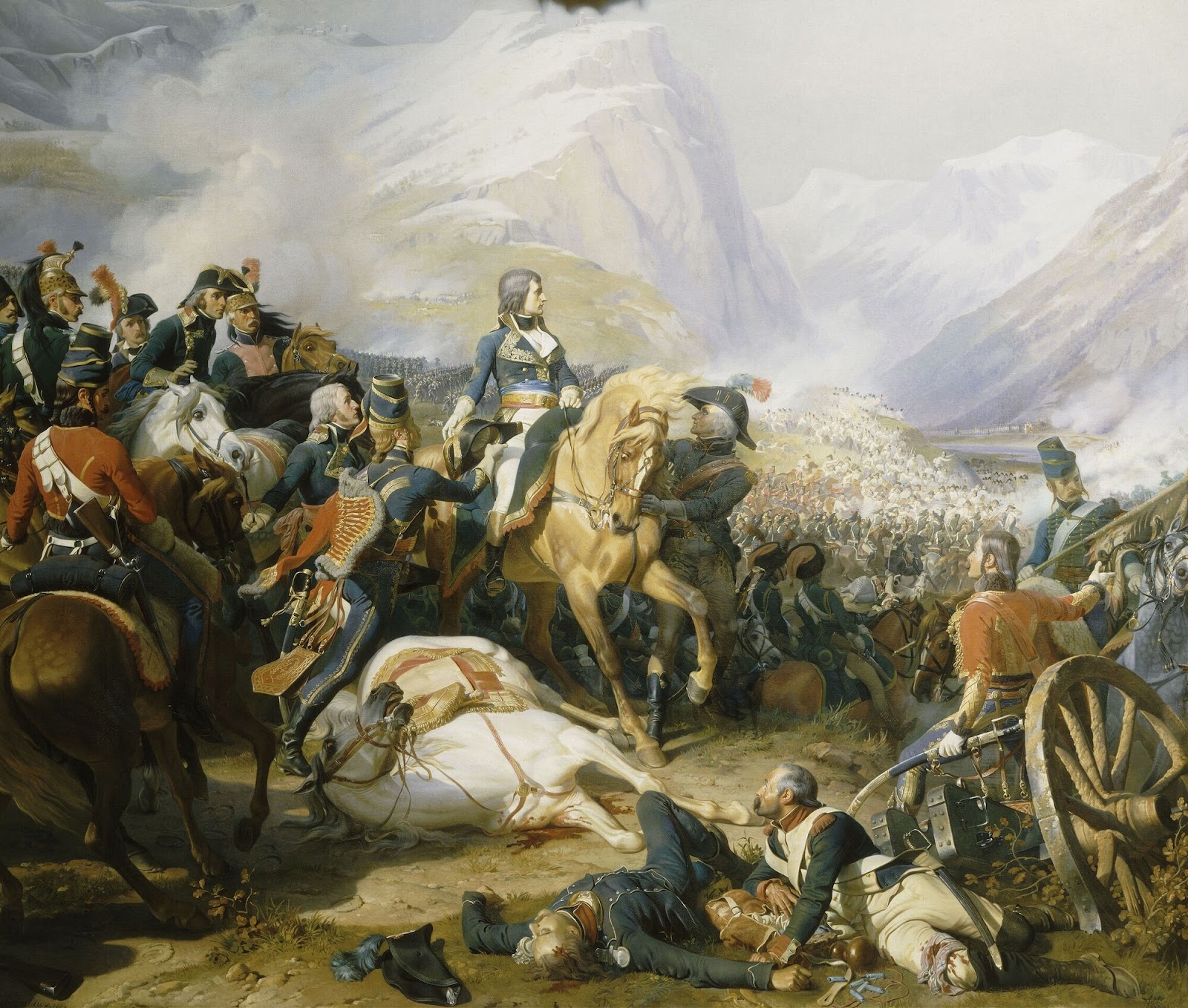 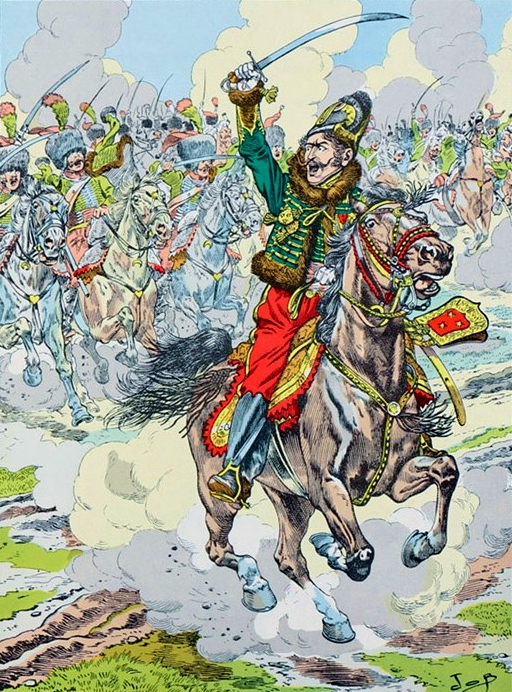 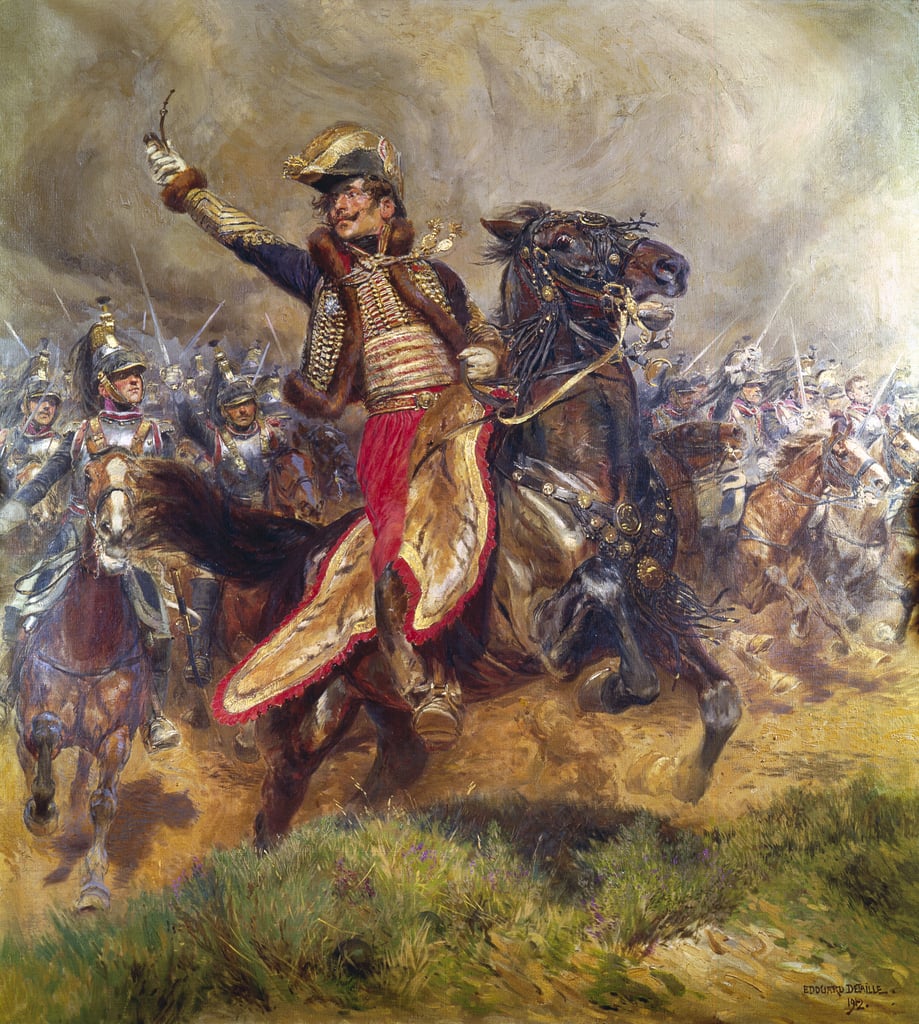 Have you read Arthur Conan Doyle's Napoleonic novel about brigadier Gerard and his adventures?

https://www.napoleon-series.org/research/commanders/c_lasalle.html
https://www.napoleonguide.com/soldiers_lasalle.htm
.. He was handsome, only 5 foot 8 inches tall, and throughout his career had a succession of flambouyant moustaches. He was a superb horseman and once rode into a ball where he made his mount dance.

In Egypt he regularly battled and bested the famed mameluke horsemen - in one encounter bravely dismounting to pick up his fallen sabre - and played a major part in General Desaix's subjugation of Upper Egypt.

Ever the one to create an impression - either good or bad - Lasalle adopted mameluke breeches as part of his uniform.

His hellraising ways brought him notoriety, but didn't stop his brilliance handling light cavalry from shining and by 1805 he was a general of brigade.

Lasalle's star was high during the 1806 campaign for Prussia where his hussars became known as the Infernal Brigade. He was one of the officers taken in by General Blucher's ruse to extricate his army after Auerstadt - a fortunate lapse in that he was massively outnumbered and could not have stopped the Prussians for long

He recovered, however, and while harrying Blucher stopped at Stettin - a city boasting 5000 defenders and almost 300 cannon - and managed to threaten it into submission with only 800 troopers at his back.