precisely yesterday but in AD 1610 Polish Crown grand hetman Stanislaw Zolkiewski leading a small but chosen army defeated the Muscovite army near the village of Klushino.

It was a grand victory... and led to some momentous changes in Eastern Europe.
Today I was looking at the Wiki Commons- Sigismund III Vasa gallery and became pleasantly surprised to 'discover' this image - attributed to Monogrammist ASL and showing our king victorious with Smolensk in the background. 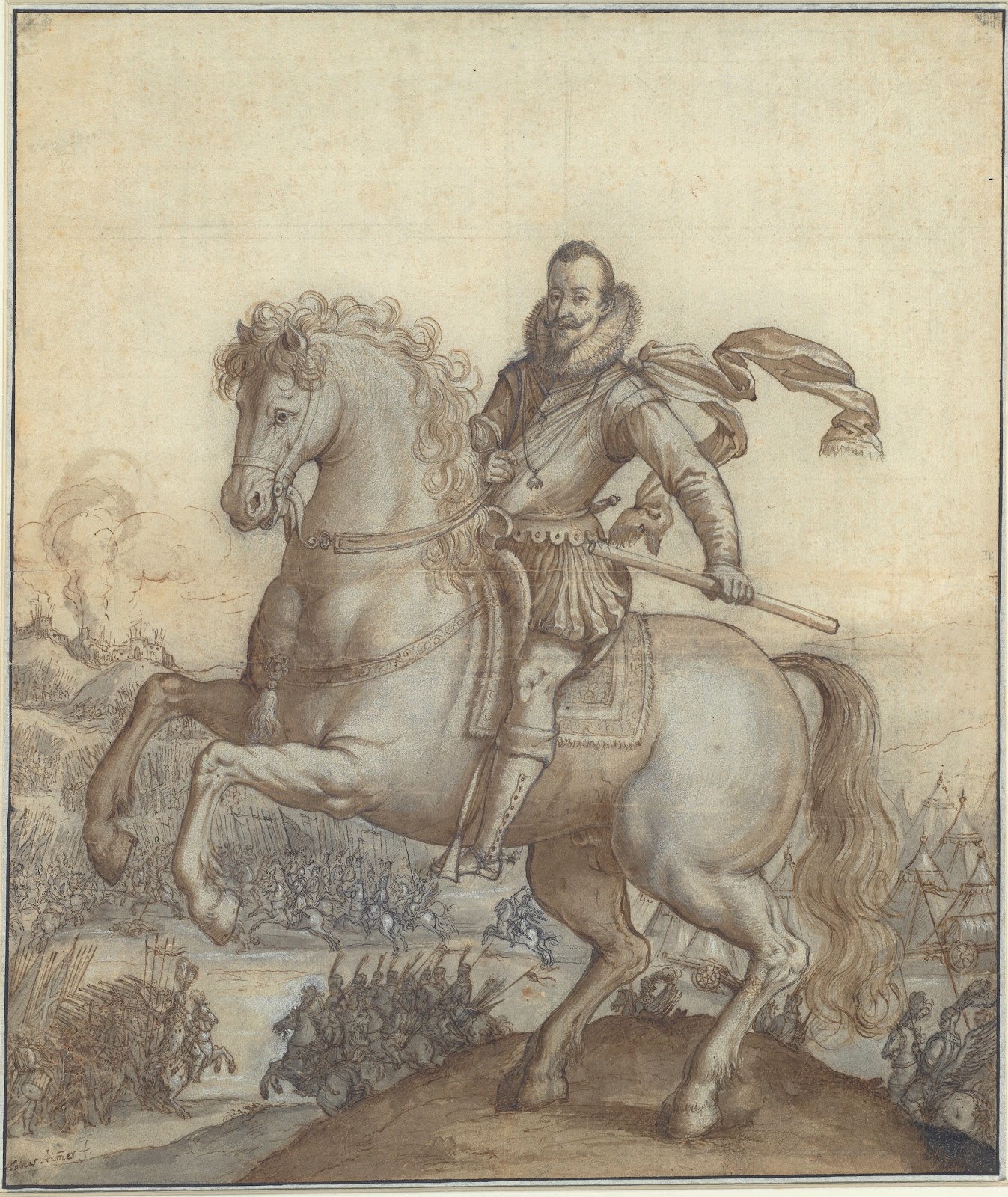 this well  known print (made after the lost Tommaso Dolabella painting) : 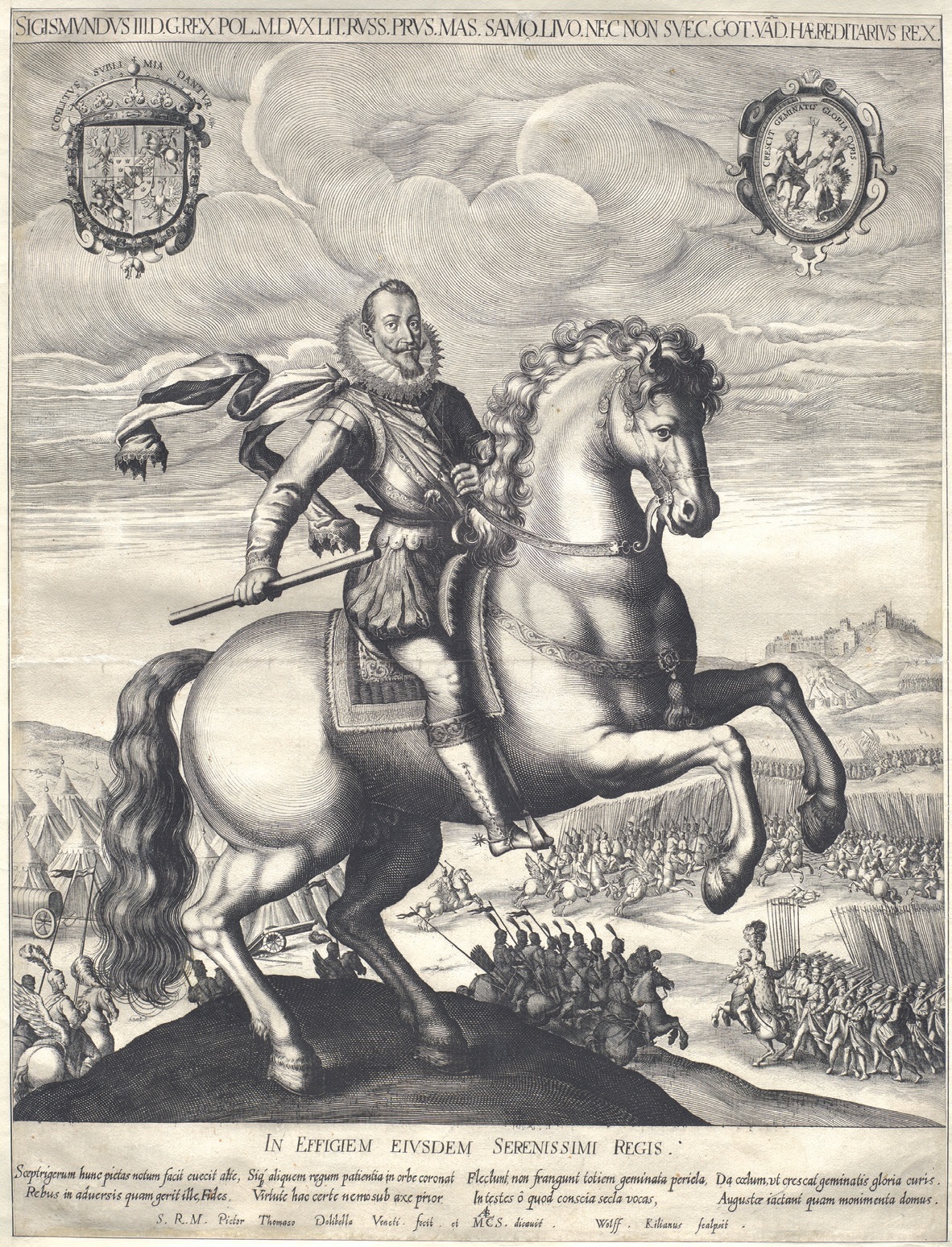 ...
some details from the drawing: 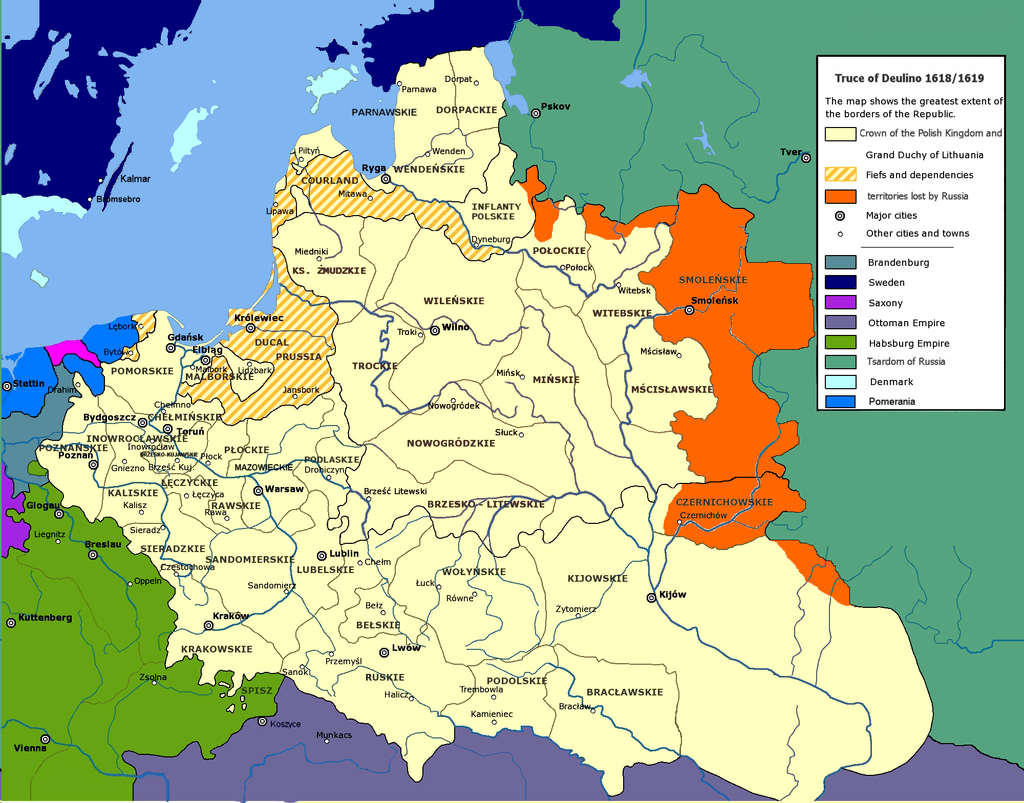