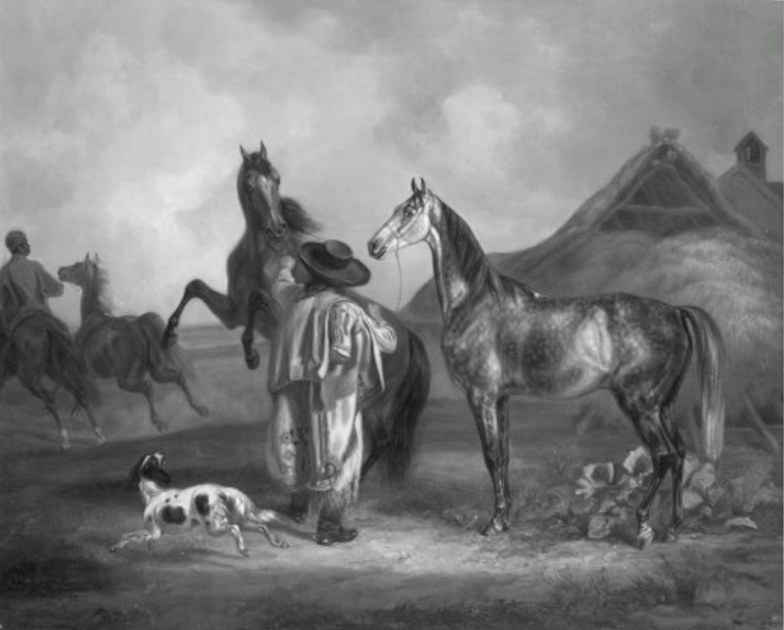 there was this Bavarian painter, when Bavaria was still a kingdom, and had their own military, including cavalry arm of their armed forces.
Albrecht Adam lived a long and productive life - born in 1786 and died 1862AD, almost 10 years before the Prussian Hohenzollern kings unified Germanies into one state or empire. He was one of the foremost painters of horses and equestrian subjects ... 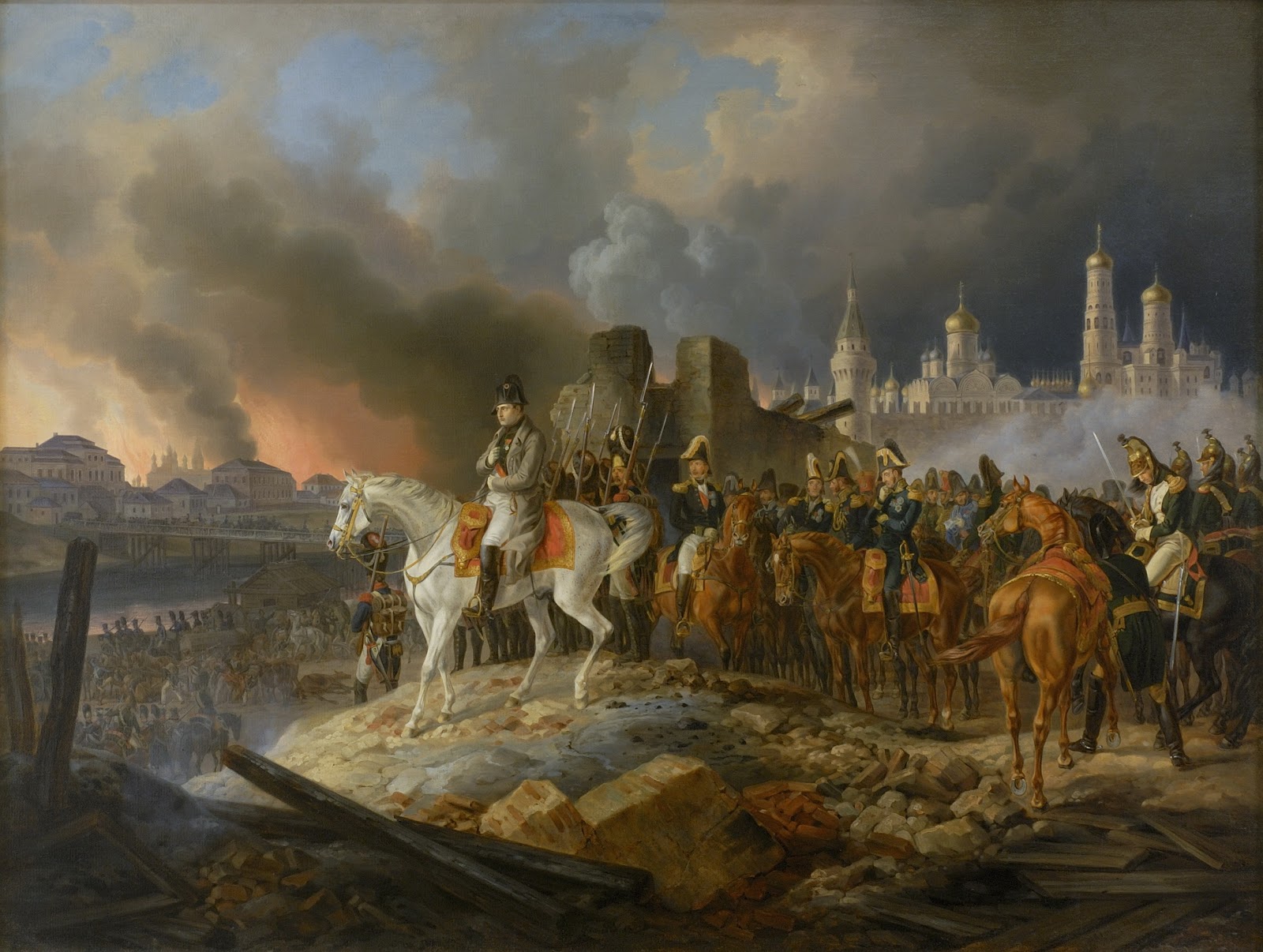 During the Napoleonic Wars he became a court painter to prince Eugene de Beauharnais and thus took part in the tragic and disastrous invasion of Russia in 1812. During the campaign Adam kept on drawing marching troops, camps, battles and scrimmages, and from these drawings he created a book of prints titled 'Voyage pittoresque et militaire de Willenberg en Prusse jusqu'a Moscou'  published in Munich in 1827. 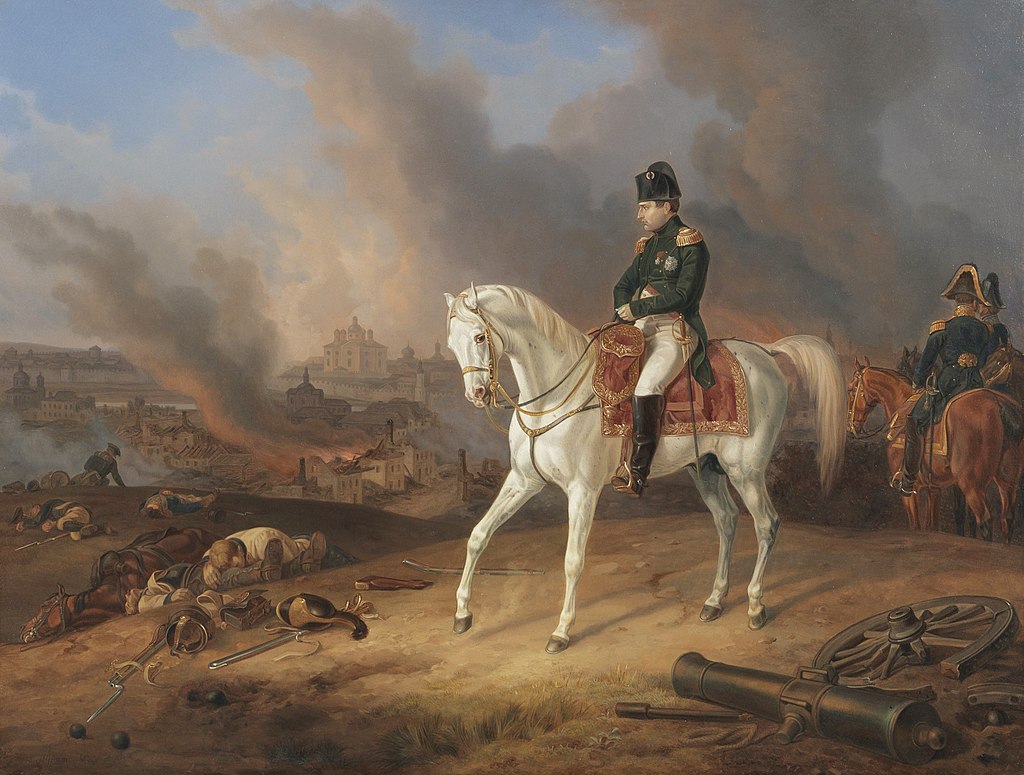 Polish National Library Polona digitized this book and voila , you can peruse it here.

the 2nd plate in this book shows the dragoons of the Italian guard (there were 2 dragoon regiments of the king's guard within the Grand Armee IV Corps commanded by prince Eugene) encamped in Wielbark (Willenberg in then Kingdom of Prussia) on the 10th of June 1812. 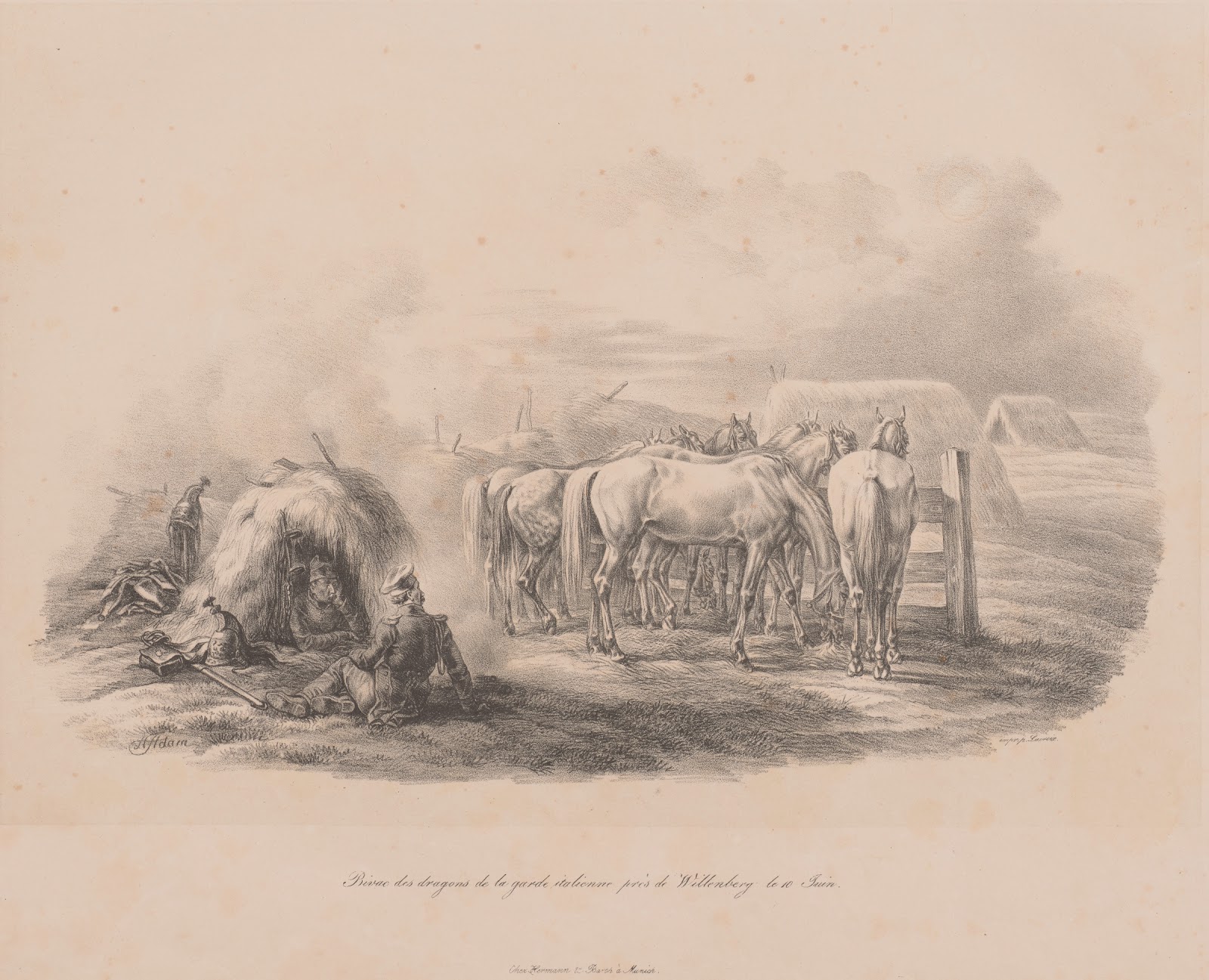 and a close up on the horses 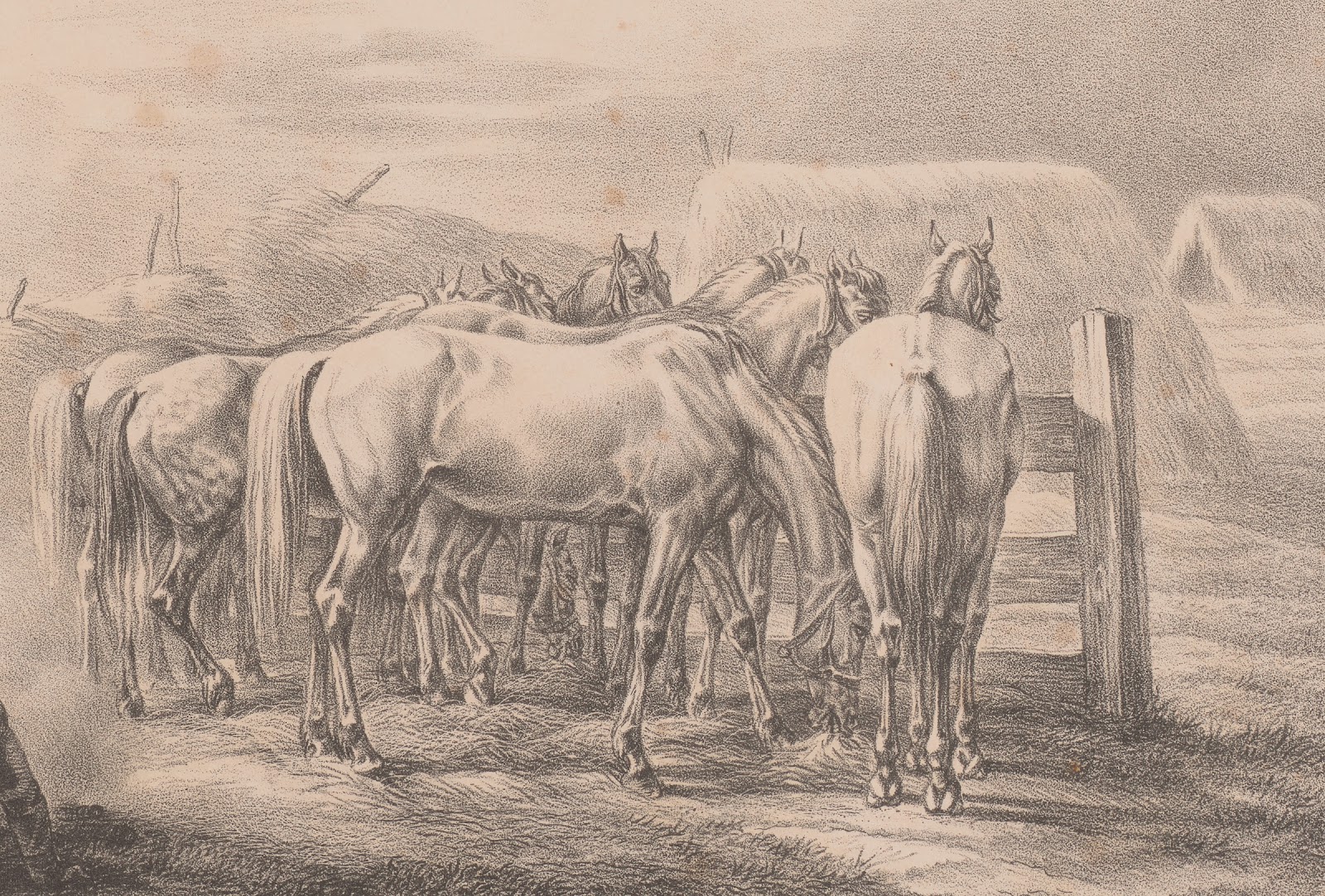 and next plate showing the market in Mragowo (Sensburg of the Prussian Kingdom) on June 13, 1812. It was pretty much a Polish town as most of East Prussian was back then. Germanization of the local inhabitants was to follow during the XIX and XX century. 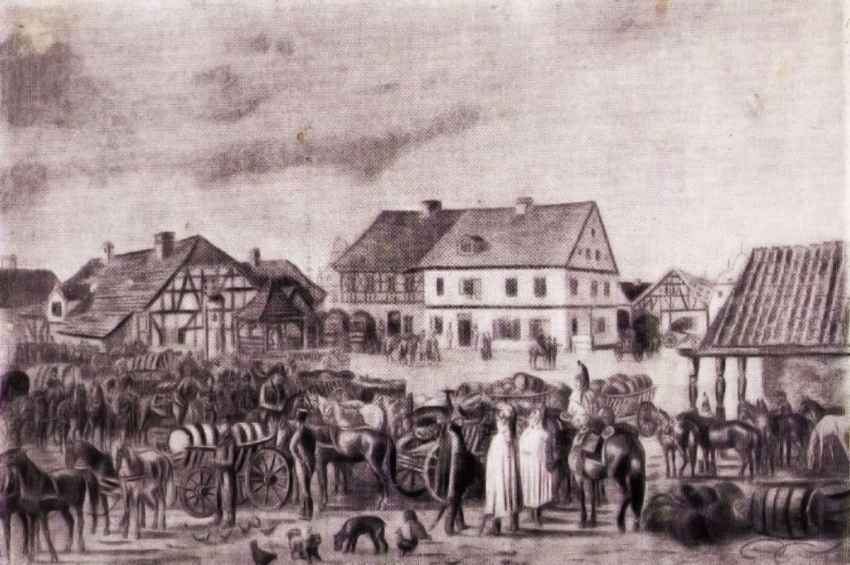 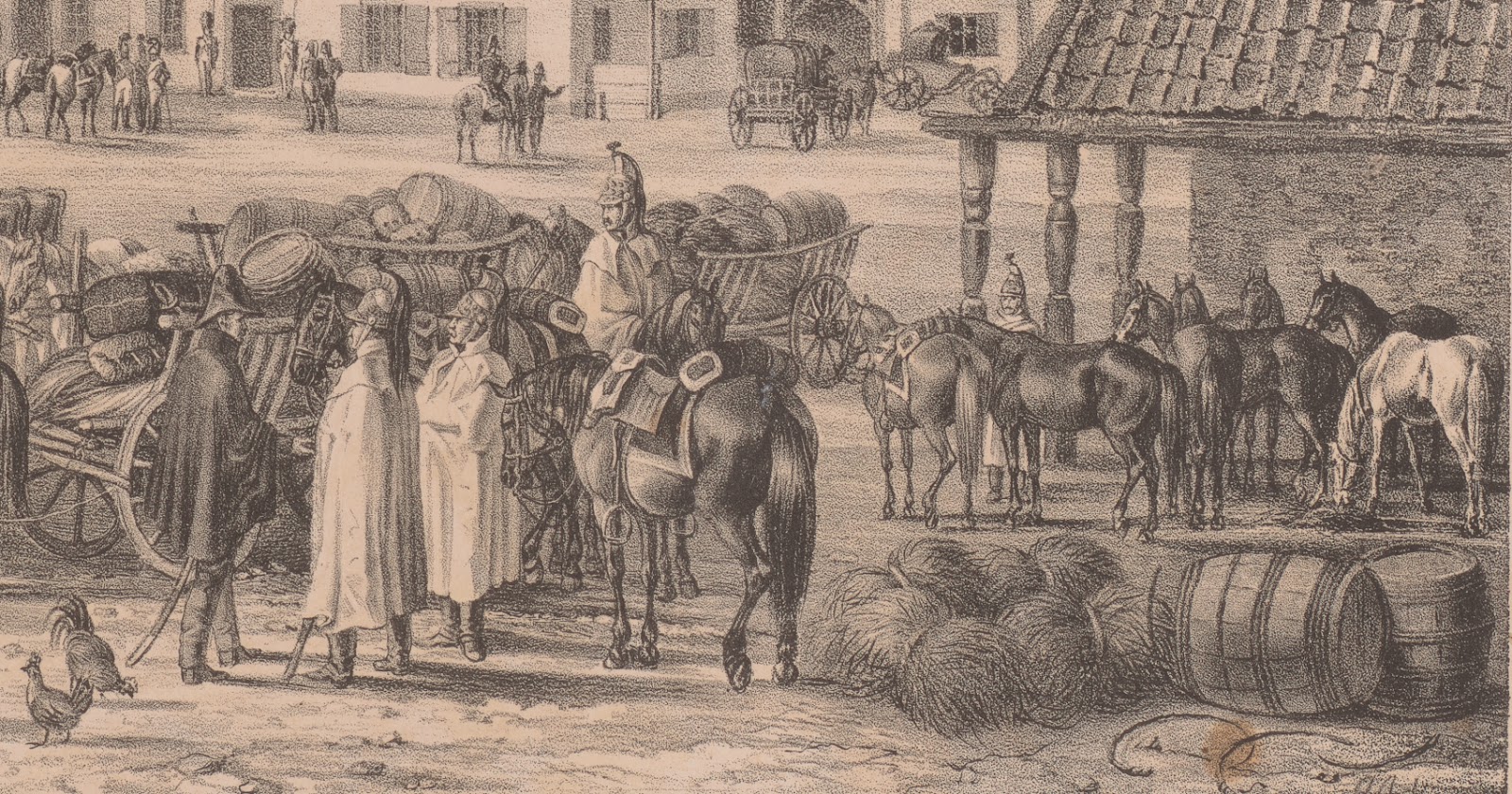 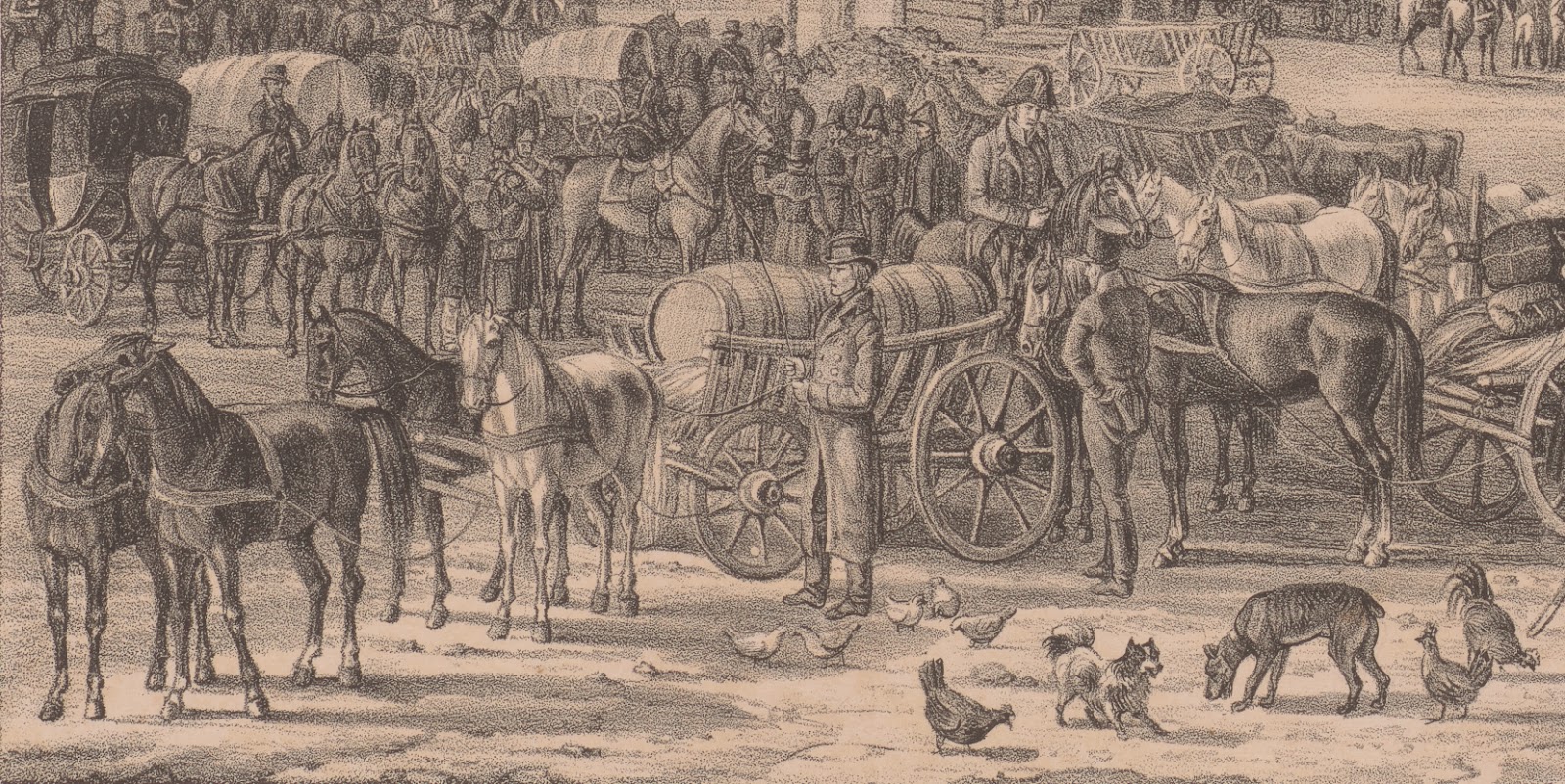