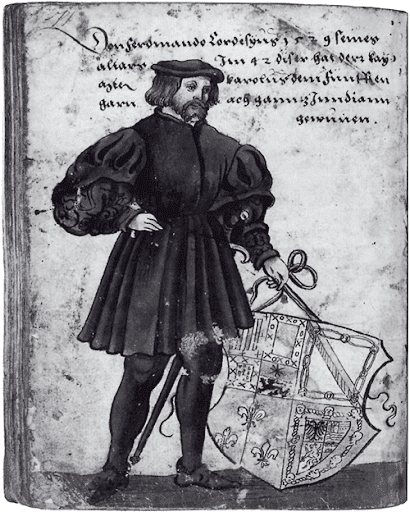 so here the 2nd post in the theme of the 500 years anniversary of the conquest of the Mexica (Aztecs) and coming of horses to the Americas:

Soldier and chronicler Bernal Diaz del Castillo is our primary authority on the  horses collected, bought,  gathered and embarked in Cuba prior to Cortes' armada sailing of into the western Caribbean sea.

In all large Caribbean Island -  Cuba,  Puerto Rico and Santo Domingo, and Jamaica the Spanish horses brought from the Spanish realms (Castilian Andalusian ports in the southern Kingdom of Castile) found a veritable paradise, meadows and pastures to grow, procreate and prosper towards a much better conformation than the stock they originated from.

In his Cuban base of Havana(San Cristobal de la Habana) Hernan Cortes,(native of Medellin, Spain) acting under the governor Velazquez of Cuba orders and instructions, had gathered men (over 600 including sailors, 200 Indians from Cuba), bought equipment of war (especially the quilted cotton jackets against the natives' sling stones, clubs,  arrows and spears), foodstuffs (like casava bread, maize, pork ), 11 ships (of various sizes) and 16 horses and mares from the limited adult stock available on the island (Cuba was taken and consequently conquered in 1511AD).  Presumably the island was rather poor in horses available for war that were on the market.
Horse fodder was to consist of  maize (Indian Corn) and hay, presumably gathered in Cuba.

It was to be the third expedition to the mainland ordered and sent by governor Velazquez (1517 and 1518 respectively).
Already rebellious from his good governor Velasquez  don Hernan Cortez ordered the expeditionary fleet to sail of on February 10, 1519AD. They landed their longboats, as the ships stayed anochred on the sea, near the town of Ponchan on the Tabasco river coast on March 12, 1519AD. And started disembarking horses - the next day they fought first battle, that is on the continent of North America these Spanish horses were used for the first time against the natives of Mexico. With the horses rested, saddled and riders armed the mortal combat was about to enjoin between the native defenders and Spanish invading conquistadors.

The horse had be be embarked and disembarked into and from the ships - but then carrying horse on the naval transports was nothing new in the Old World. The Spanish, starting with  the famous Portuguese(most likely) in Spanish service aka  Cristobal Colon, brought  horses, cows, goats, swine to the Caribbean islands and their war horses took part in the conquests of  the Arawak and Carib native islands in the Caribbean.

Already  3000 years before,  pharaoh Thutmose III of Egypt's 18th Dynasty( of New Kingdom) had special naval transports built to ship his chariots and horses up the Levantine coast into Syria.

In the XVI century Spanish and Portuguese vessels sailing the oceans and seas had the horses on board  suspended in a system of slings, pulleys and hobbles, and for this occasion we have a  page from Trachtenbuch des Christoph Weiditz, an album of Spanish Empire costumes drawn and painted in Spain  by a Geman artist Weiditz circa 1530-40AD. 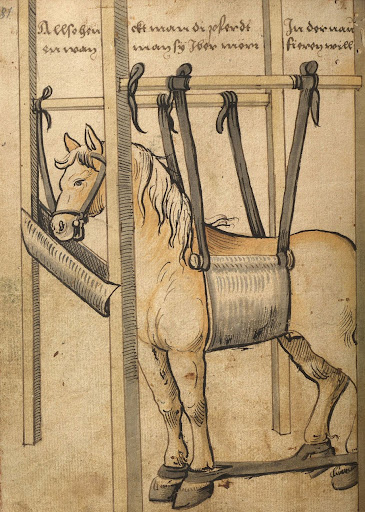 Now, the painting by Hans Memling - Seven Joys of the Virgin - shows horses unsaddled, embarked on a rowing longboats, and from these boats loaded onto a ship anchored at sea (my maritime and marine vocabulary is rather weak and wanting, so pardon my ignorance of the ship etc terminology).

In Poland and among Polish people around the world this day is the anniversary of tragedy - the Martial Law of Jaruzelski, Kiszczak et consosrtes AD 1981. It lead to the complete impoverishment of Polish nation and it paved way for the post-communist to enrich themselves. More than 5000 people charged with felonies against the state and were sentenced by the communist courts. More than 200,000 received misdemeanor sentences. No judge presiding over those kangaroo trials was ever prosecuted after 1990AD, and some of these henchmen reached the supreme court as late as 2015AD - so called fake Polish transformation.
Rocznica stanu wojennego
https://www.youtube.com/watch?v=D9C7gp-Iy-0 - ciekawa dyskusja na stronie IPNtv