Salve,
INTERNET digital libraries allow us to peruse books long ago taken from the circulation, especially very old books and prints from XVI-XVII centuries.
In those libraries there are many treasures - eg archive.org,  gallica etc - and search engines permit us to search their collections and download found treasures for free, for non-commercial use.

In these collection one can find prints by Abraham de Bruyn, a Flemish engraver active in the second half of XVI century in Flanders and in the free city of Cologne (here one of his books - description the duc d'Anjou's departure from Dover, passage through Zeeland, and entry into Antwerp on 19 February 1582, available for free at archive.org ).
The following images of Polish-Lithuanian Commonwealth nobles and soldiers come from two sets of illustrations  -
1.
Illustrations de Diversarum gentium armatura equestris. Ubi fere Europae, Asiae atque Africae equitandi ratio propria expresaa est.  (1578)

The engravings show the Polish-Lithuanian Commonwealth horsemen around the reign of our good king Stefan Batory, when Polish and Hungarian military traditions saw the most interplay - especially the emergence of armoured hussars, complete rule of the Hungarian sabre etc while the costumes military men wore merged, as evinced in these engravings 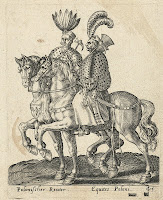 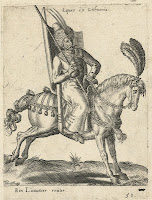 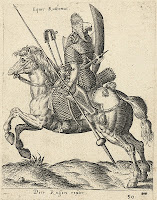 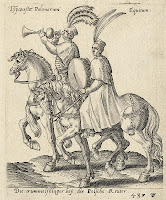 Nice! The prints in the De Bruyn book are also on the site of the Rijksmuseum, just like this painting of the Entrance of Anjou in Antwerp:

many thanks I had discovered them earlier today as well, thanks to Kadrinazi
I am going to add more to this thread - Muscovites, Turks and Germans