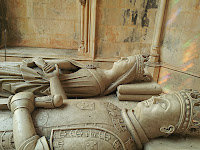 Salve,
recently we travelled to Portugal, mostly in the old Estremedura province, enjoying its history, culture and cuisine.
While visiting I had to pay a homage to Dom Duarte, the king of Portugal and the author of the earliest surviving Christian (Medieval) treatise on horsemanship.
I mentioned his famous horsemanship book here and once again I am providing the link to his book in Portugese: Livro Da Ensinança De Bem Cavalgar Toda Sela (The Art of Riding on Every Saddle).

Dom Duarte died at the former Templar and Royal castle and also a monastery of Tomar but was buried at the Monastery of Batalha, built near the site of the famous, but largely unknown outside the Iberian peninsula, battle of Aljubarrota.

Above, the monument to Nuno Álvares Pereira in front of the Monastery

Hence I went to Batalha to pay homage to this man, buried along with his wife Eleanor de Aragon in the Capelas Imperfeitas (unfinished chapels).

Allow me to share with you some of photos taken during our visit to Dom Duarte's tomb. Please note that during the invasion of Portugal the Napoleonic troops committed burglary there, robbing the monastery and desecrating the royal tombs, along with other atrocities to squeeze money contributions out of the Portuguese. 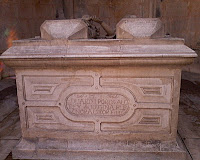 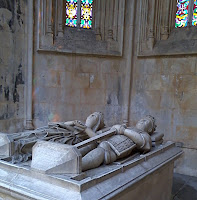 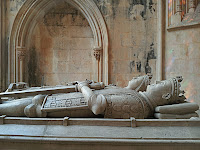 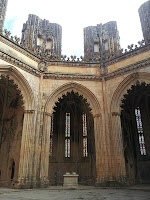 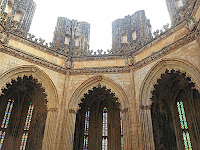 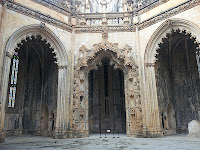 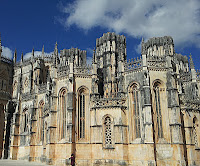 ps
some photos were taken by my wife, whom I thank for encouraging us to take this trip. 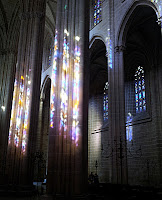 many thanks, but all due to the spectacular art of the Medieval and Manueline artists https://www.google.com/search?q=Manueline

Portugal is awesome! The monastery is very beautiful, maybe you should post some more pictures of the other parts(like the part where a lot of kings have their final rest).