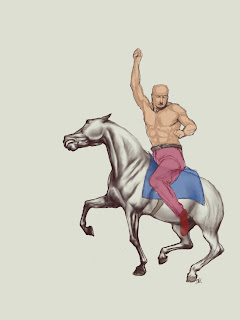 Salve,
In the iconography of the ancient world often we see horsemen trampling fallen foe while pursuing another one, or a hunting scene where a wild boar, lion or some other beast are pursued. I decided to start such a sketch 'converting' if you will one of the ancient images -  Alexander_Sarcophagus_1
or 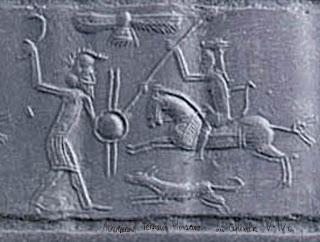 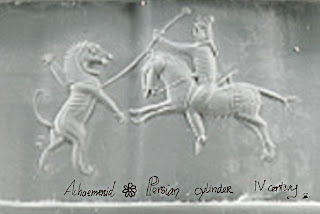 I am naturally drawn to ancient nomadic peoples, so I think this image will be of a Scythian/Saka nobleman victory over a Greek colonist from a Pontic coast (Northern Black Sea coast), or perhaps  it will become an Assyrian or Achaemenid warrior ...
Sketch was done entirely in GIMP.