my friend Radoslaw Sikora has started his own YouTube channel - here -
where hopefully in time the author will share with his audience the vast knowledge about husaria, XVi-XVII century warfare in our part of Eurasia, and introduce concepts, ideas and imagery from the primary sources, reenactment festivals and tournaments, and many other interesting or fascinating 'stuff' about our winged hussars, their enemies and allies.

Already there are some interesting short videos on the channel eg:
Husaria and pancerni reenactors during the 2018 August 15, parade in Warsaw, Poland.
or this one, where well known horseman, horsebreeder and reenactor Alex Jarmula is  interpreting a part of the epic poem by a XIX century poet Wincenty Pol, titled 'Pachole Hetmanskie.' (Hetman's little squire).

on the cover of Radek's collection of primary sources on or about winged hussars, there is a Polish veteran of the Afghan war, PT Soyers, reenacting a winged hussar - there is a short video about this soldier. 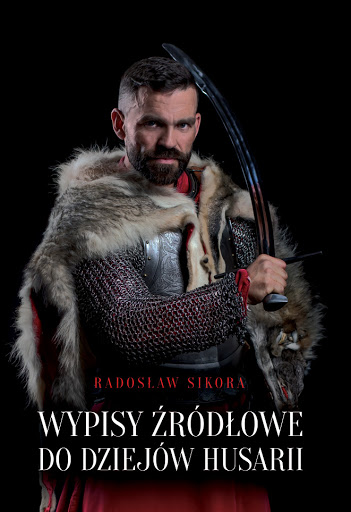 and this video, from 2018, when the Polska Liga Husarska (Polish Winged Hussars League) was about to begin, and in this tournament that took place in the famous Golub-Dobrzyn castle, on the castle's grounds many winged hussar reenactors presented themselves and their horse, and during the difficult tournament  gave their best to show their skills with the lance, sword astride their trained horses etc.