Salvete Omnes,
we have not visited the ancient Assyrian in a while. 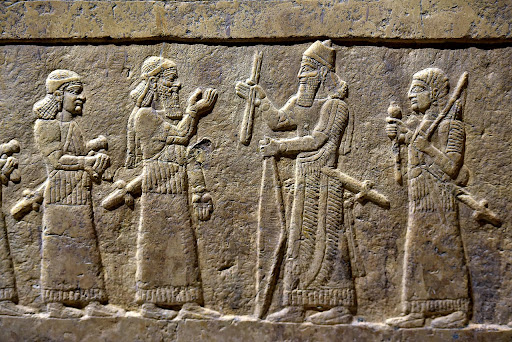 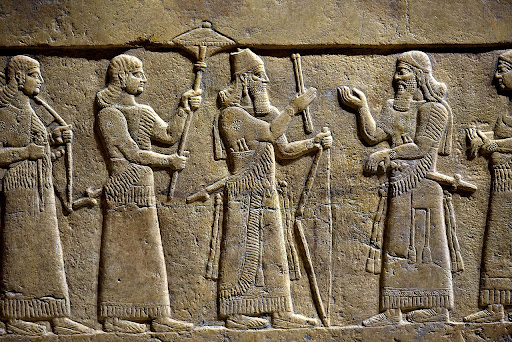 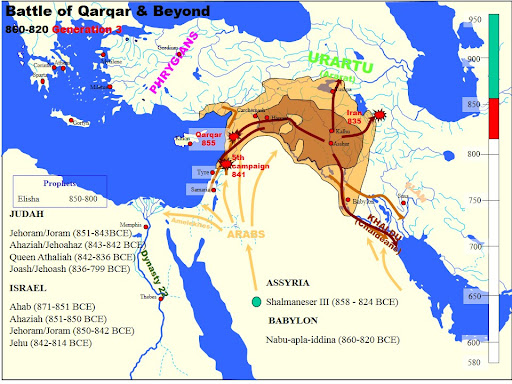 so here we have something worthy of our look and study - the dais of the Neo-Assyrian king Shalmaneser III throne, where he himself was carved into several scenes along with his vassals and tributaries.

And as usual with the Neo-Assyrian kingdom their horse is featured and it is shown prominently in this relief, these chariot horses are tribute from the Chaldeans and Neo-Hittites.

. This dais was found in the eastern end of the throne room (T1) at Fort Shalmaneser in the city of Nimrud (in modern-day Nineveh Governorate, Iraq) in 1962 CE. The front and sides of the dais were carved in relief depicting various tributary scenes. The dais was completed around 846-845 BCE (and that would be the king's 13th year of reign). 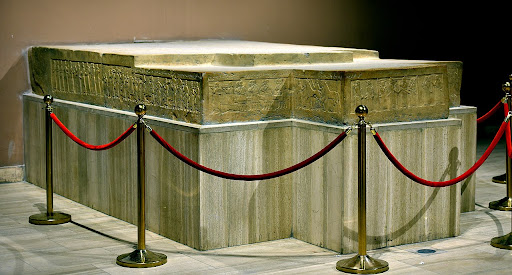 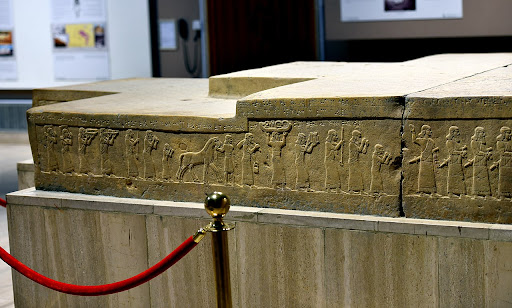 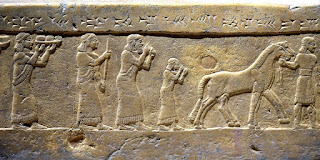 This scene is part of a long tributary one where the Shalmaneser III (r. 858-824 BCE) receives Chaldean tribute from Musallim-Marduk, son of Ukani. On the right, a groom leads a pair of horses, unharnessed except for the halter by which they are controlled. This is followed by a second group of tribute bearers. The procession is headed by a bearded male figure (probably the prince). Before him, a smaller male figure (child), probably his son, appears. Both raise their hands in a homage or submission gesture. They are followed by a chamberlain bearing his staff of office, followed by a bearded figure carrying in his extended hands a small tray of loaf-like objects, perhaps ingots of some relatively precious metal. 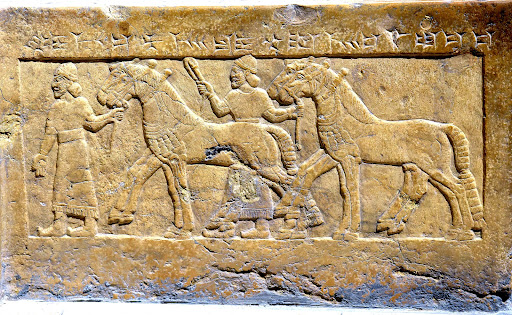 This scene is part of a long tributary one where Shalmaneser III (r. 858-824 BCE) receives tribute from Qalparunda (c. mid 9th Century BCE) of the Land of Unqi (a Luwian Syri-Hittite state, also known as Pattin). This is the rear part of the tributary procession. The rear is brought up by two grooms in long, belted tunics, one brandishing a whip, and each leading a pair of ornately caparisoned horses 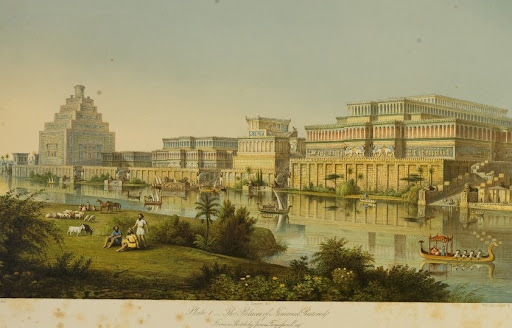