Yesterday Polish Republic - Respublica Poloniae - and Poles from around the world celebrated the Independence Day - November 11. 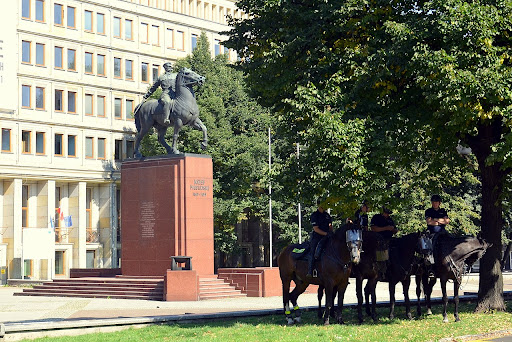 It was paid for by the Polish Silesian citizens and sculpted in America by a fellow Slav, Croatian artist Antun Augustincic, in 1930s- the sculpture w was never delivered to Poland as II World War erupted and after the 1945 the Polish Soviet puppet state (than a satellite-state after 1956 ) was active destroying monuments to Pilsudski - like the one in Komarow  near Ostrowia Mazowiecka. Augustincic's monument went into his museum in then Yugoslavia, and finally arrived in Poland in 1991. There used to be a monument in Tarnopol, now Ukraine, in the then Sobieski Square, but it was destroyed by the Soviets. 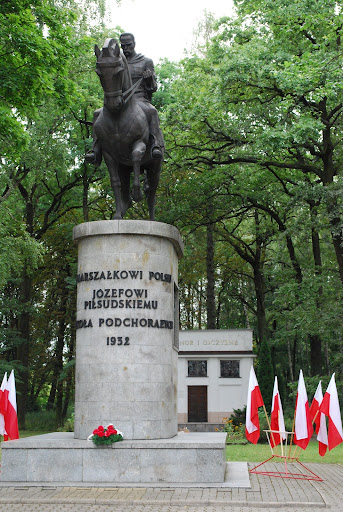 In Komarow, near Ostrowia Mazowiecka, there was a monument sculpted by Antoni Pług-Mierzewski, survived the Nazi and Soviet invasion and destruction,  and the Polish Communists destroyed it in 1954; and it was rebuilt in 1999 and can be admired and celebrated. 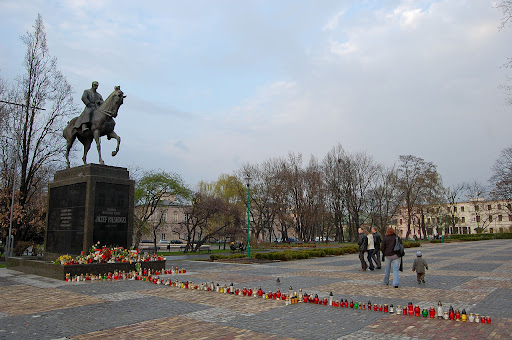 Then the old royal city of Lublin (the famous site of many monumental and important events in Polish history) also has a monument - sculpted Krzysztof Skora and erected in the restored Republic in the Lublin's Lithuanian Square (the symbol of the Polish-Lithuanian Union) in 2001 . 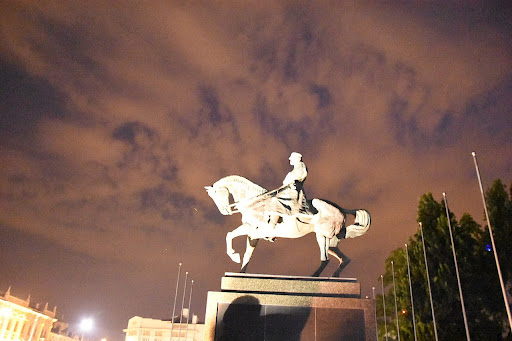 Town of Nysa, Lower Silesia voivodeship, has a monument sculpted by  Marian Molenda.

Town of Nowy Sacz, Malopolskie voivodeship, has a monument too, erected  in 2018 - sculpted by Stanislaw Szwechowicz. 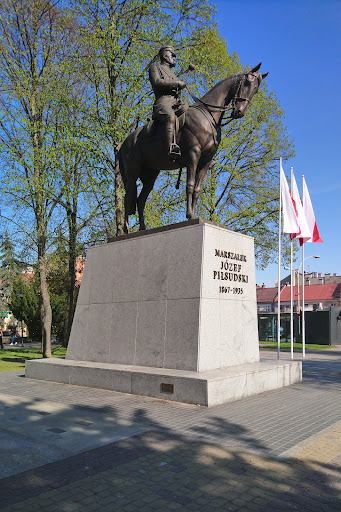 City of Rzeszow, Podkarpackie voivodeship, has had the monument erected recently, in 2018- sculpted by Wladyslaw Dudek.

and so yesterday in many Polish cities and towns marches were held to commemorated the Independence Day - the largest in Warsaw, the capital of Poland. Interestingly or sadly  the current mayor of the Poland's capital city  was against the march, and went to a local court to prohibit it on some spurious grounds, and the Polish government stepped in and made the march of some 150,000 happy citizens possible. All the main stream media (MSM) from the US, UK, Canada were calling Polish citizens marching right-wing and nationalists. No MSM called these marches patriotic and the Polish marchers the patriots... Is patriotism or the warm and kind feeling towards one's country history, tradition,  national colors and emblems a crime in the light of those for-profit media agencies and outlets? 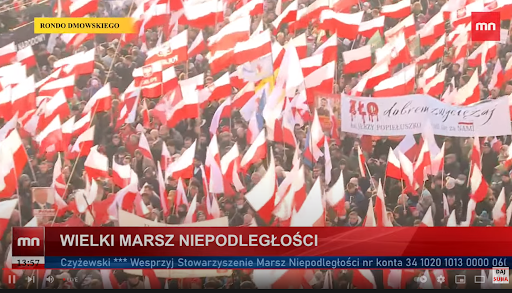 I took a screen from the MN stream yesterday -

and yesterday there was the Veterans Day in the US - I hope all had a peaceful one.

https://www.theguardian.com/world/2021/nov/11/far-right-leads-warsaw-march-of-patriots-as-polish-border-crisis-simmers - an example of anti-patriotic propaganda via the Guardian