Salvete Omnes,
staying in the spirit of Polish Independence Day - I would like to point you, dear Net surfer, to a video presentation about one of the Poland's Volunteer Cavalry Federation's units, namely the 3rd Silesian Uhlan Cavalry Regiment,reenacted mostly by the citizens from in the Silesian(old Upper Silesia) voivodeship,  in the olden days Silesia was the so called Pearl of the Polish state. 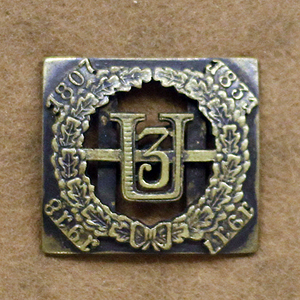 So, here there are two video links showing reenactors from the 3rd Silesian Regiment squadron.
First, the most recent, from Kedzierzyn Kozle presentation in November 2021 -here
and the 2019 production - here

The 3rd Silesian -  1917-39 - cavalry regiment of the Second Polish Republic was quite famous and well known during its historic existence. The regiment fought in the 1917-20 war for Polish Restoration, and with bravery and distinction during the tragic and calamitous September 1939 campaign.
The regiment cultivated the tradition of the 3rd Uhlan regiment of the Duchy of Warsaw, and 3rd Uhlan Regiment of Kingdom of Poland (in union with Russian empire 1815-30, 1831-1917).
They had yellow-white pennon of their lance, and their home was in Tarnowskie Gory and Pszczyna (one, 34r squadron). 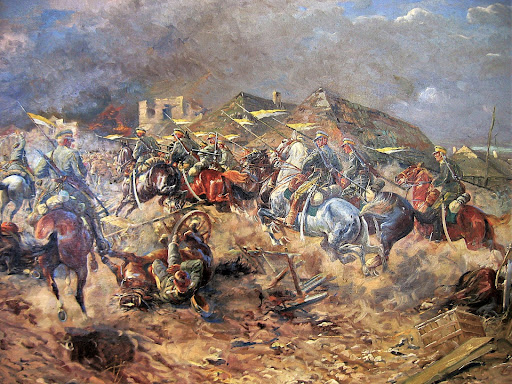 In 2014 they(Wanda Ponikiewska&Bogumil Twardowski) published the memoirs of one of the uhlans who participated in the 1919-20 war with the Red Army of the Bolshevik Russia and some action against the independent Lithuania's army- Zbigniew Karlowski(1900-1920). Zbigniew received Krzyz Walacznych (Cross of Valour) and posthumously Polish Cross Virtuti Militari 3rd class. He died in Grodno (now in Belarus) on Nove 2, 1921, from the wounds received during the miltiary operation cumulatively known of the Niemen River Battle.
Zbigniew Karlowski, Wspomnienia Ulana 3 Pulku z wojny 1919/20 roku (Bydgoszcz 2014)
valete