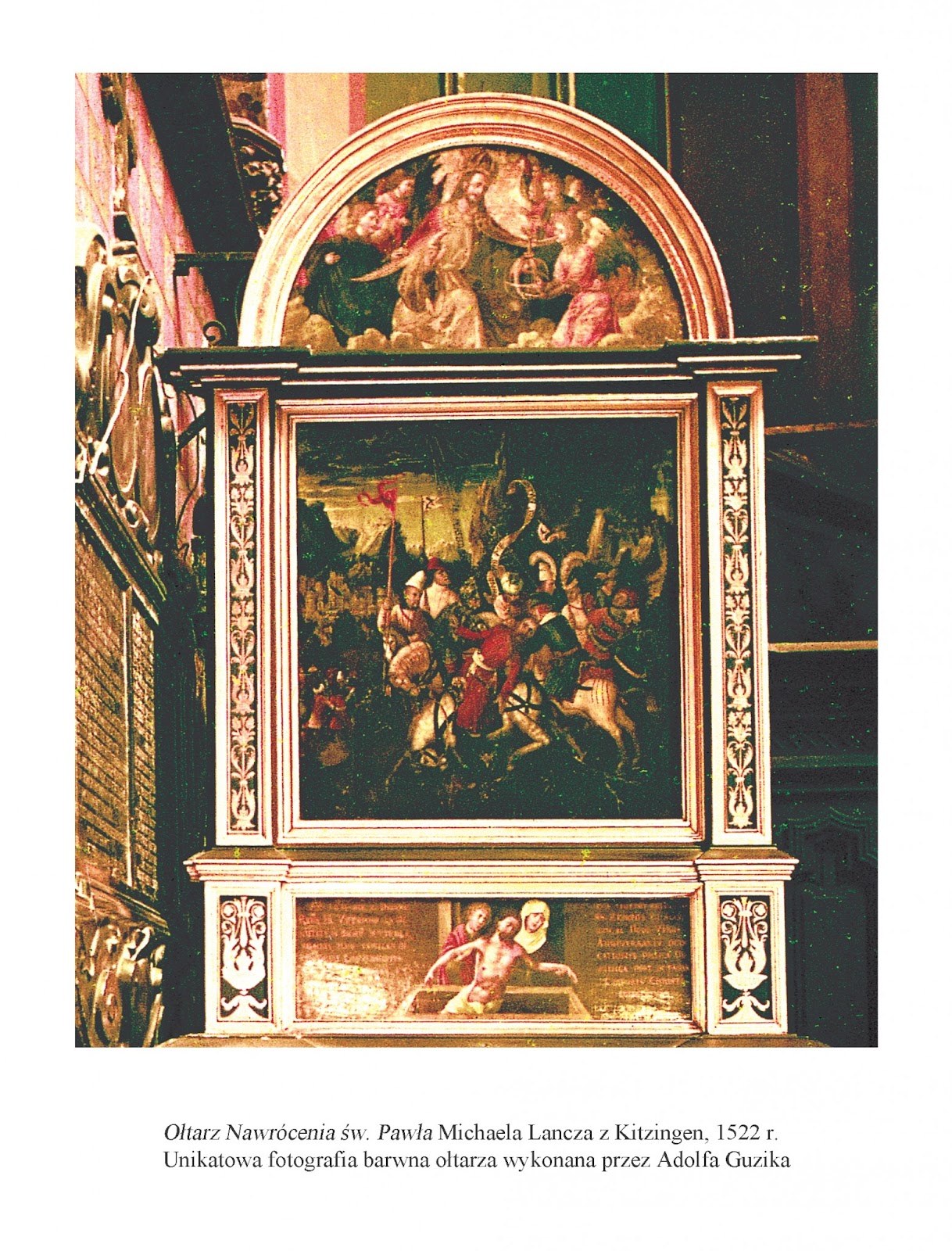 the story of the early hussars is closely intertwined with the stradioti aka stradiots.
Costume, weapons - lance, shield, and a sword - and agile horses.
In our  Polish Crown realms the  name 'stradioti' was not adopted nor used in general, but instead the Polish kings and noble masters of those horsemen-for-hire used names like the 'Rac'[1] when hiring a horseman who was armed with a lance and the so called Balkan shield (rectangular shield with the upper left right er elongated upwards. He was to have an agile horse, a curved sword and perhaps a horseman's axe.  In sum, a rather light cavalry type of a horseman.

In the surviving Polish archives (thanks to the Germans who were busy torching them in 1939-45) there are some references to the early 'Rac' hussars prior to the 1500Ad, but the written evidence keeps on growing after 1500AD and proves that Rac hussars or horsemen armed and fighting in the 'Rac' manner were popular type of cavalry in the Crown army and private armies too, however the growth is rather weakly reflected in the period iconography. 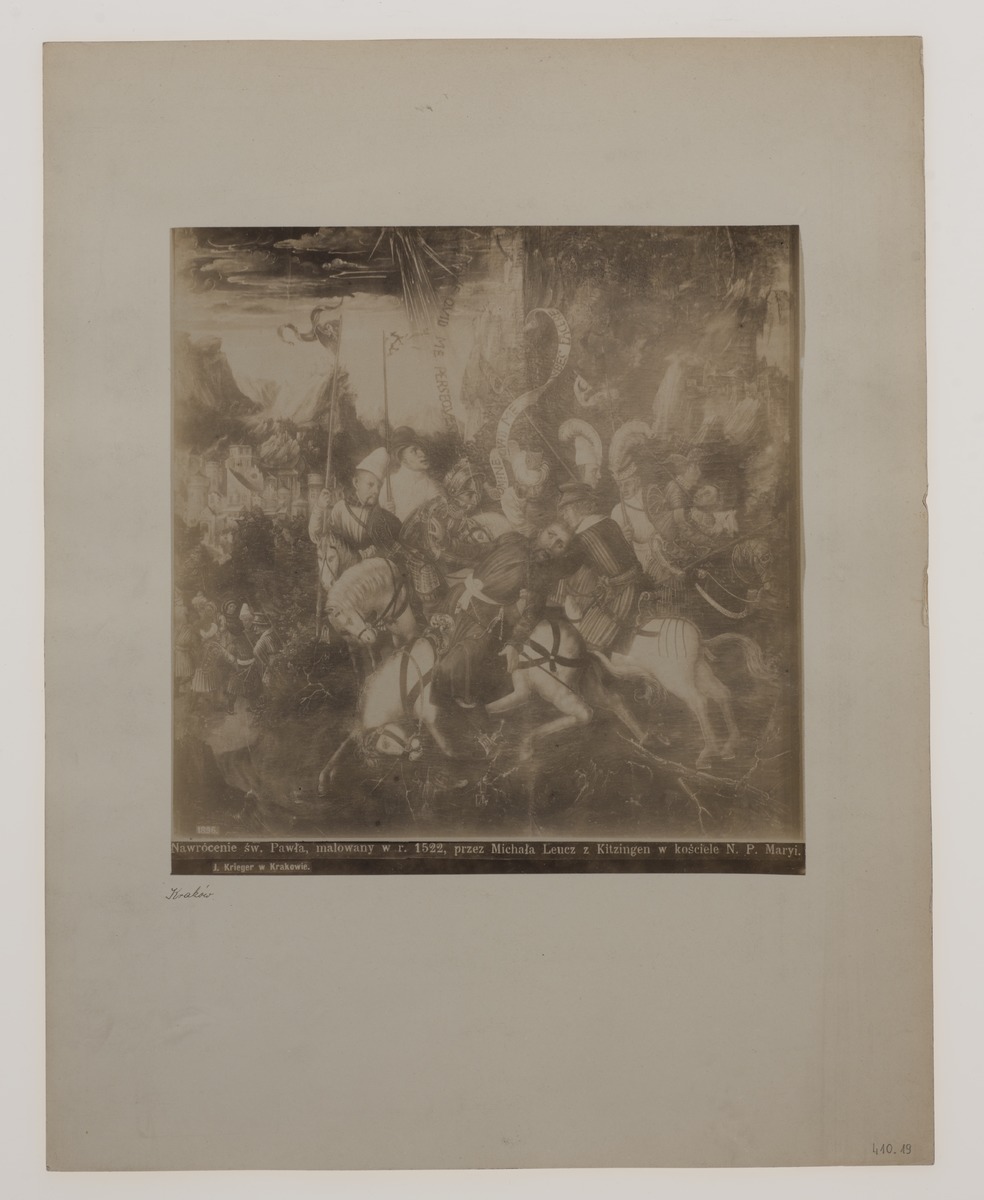 One of those rare iconographic sources could have been a small painting by Michal (Michael) Lancz vel Lantz(1470-1523Ad) painted circa 1522AD from Krakow.  It was titled Conversion of Saint Paul (see this wiki article) and was the central part of a small altar retabulum located at the Saint Mary's Basilica in Krakow (Cracow). The painting was looted  by the Germans in 1940AD. Since 1940AD the painting has been missing and is listed as a part of the Polish artworks taken by the Nazi Germany etc during the World War II.
Thanks to the photographs by Ignacy Krieger (taken in the last quarter of the XIX century) and by Stanislaw Kolowca in 1940, and Adolf Guzik also in 1940 we know how the painting looked and was placed in the retabulum and the chapel. Based on these photos the painting was reconstructed by Zofia Kaszowska from the Fine Art Academy in Krakow in 2003AD. 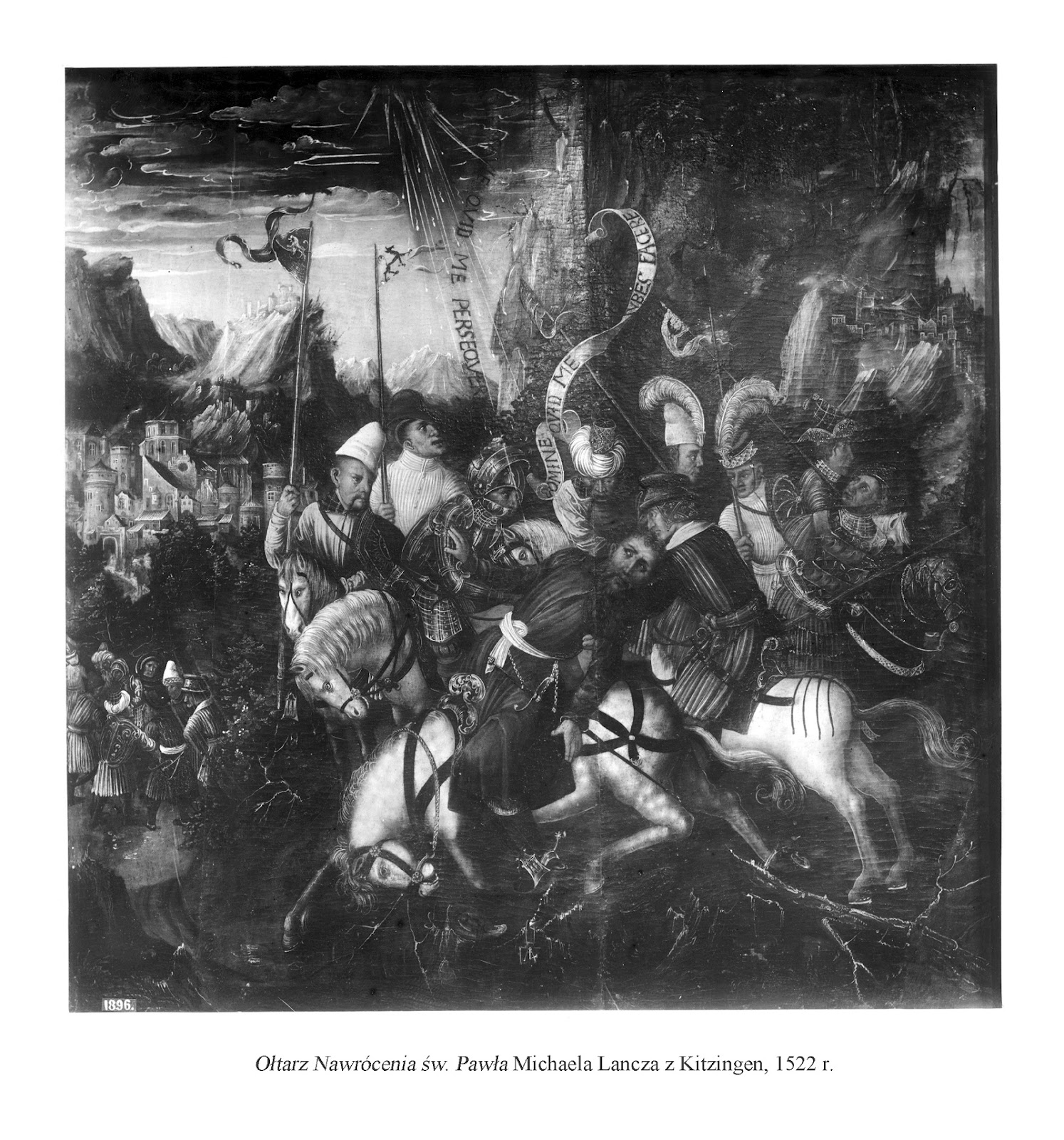 Here is more of the painting details -

Rac comes from from the Old Polish name for Serbians in general or from the name for the town of Ras, in Serbia, whose citizen were called Rascines already in the XII century AD,  while in Hungary the Serbian lands were called Racorszag, the land of Racs in the 1400s. See Grabarczyk .

Very cool depiction, thanks for sharing! I've noticed that there are a couple guys wearing these white tall hats, which are similar to hats I've come across in a Serbian orthodox fresco from the Rascian Despotate (Monastery Gracanica, a part added later on in about 1420-1429). https://www.blagofund.org/Archives/Gracanica/exhibits/digital/s1-e1e4/large/s1-e1e4-30.jpg

By the way have you ever seen the 2 serbian Romances of Alexander (one from the late 14th century and one from 1430-40) that show gussars/hussars?

Hello Unknown
thanks for commenting - I cannot say I have - if there is a link to them on the wbe, could you post it in your comment?
I am most interested

I have some of their pages uploaded on my Google Drive.

The late 14th century one:

Thank you very much - I have never seen it before -
Indeed, a new window into the the Serbian and Balkan and Hungarian realms past..
I wish I could learn more
I found this article https://www.researchgate.net/publication/273277763_The_Old_Serbian_Alexander_Romance_and_the_Greek_Phyllada
thanks again