King Stefan I saddle from Vienna 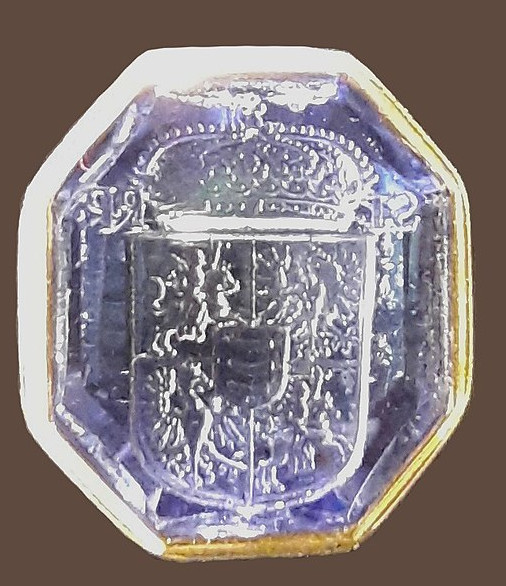 let us canter to the XVI century  Europe for a moment,and least we forget - Let peace return to the poor people of Ukraine - they are facing a grim, cold and terribly miserable winter due to the escalation in warfare and the most sorrowful lack of any meaningful peace process. 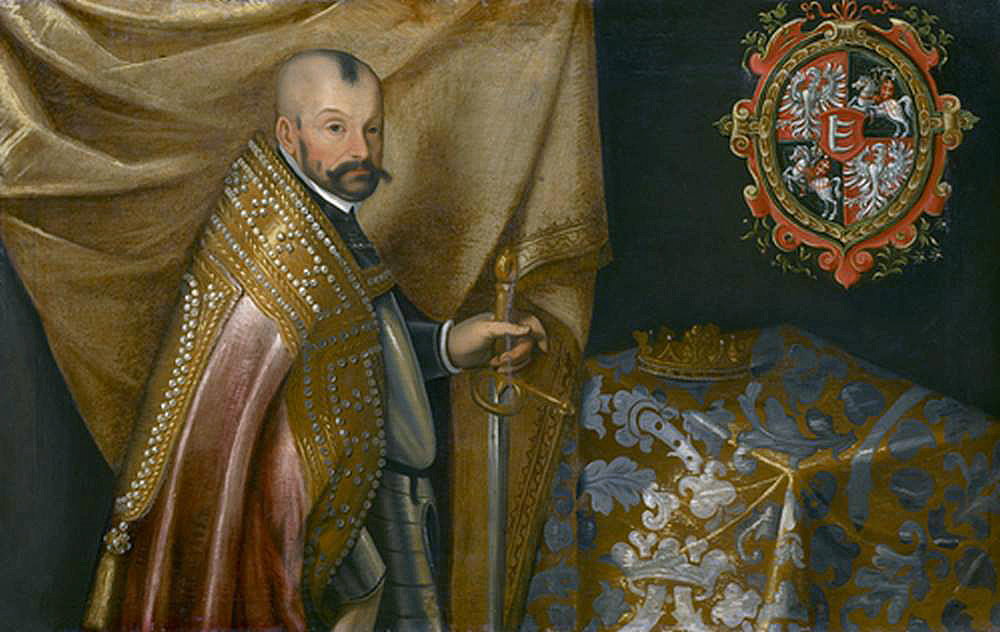 alas, here is  another interesting 'find' within the wiki Commons treasures and lesser 'junk' - :) is the saddle or saddles belonging to our king, of Polish-Lithuanian Commonwealth,   Stefan I Bathory, who also was the ruler of Transylvania. 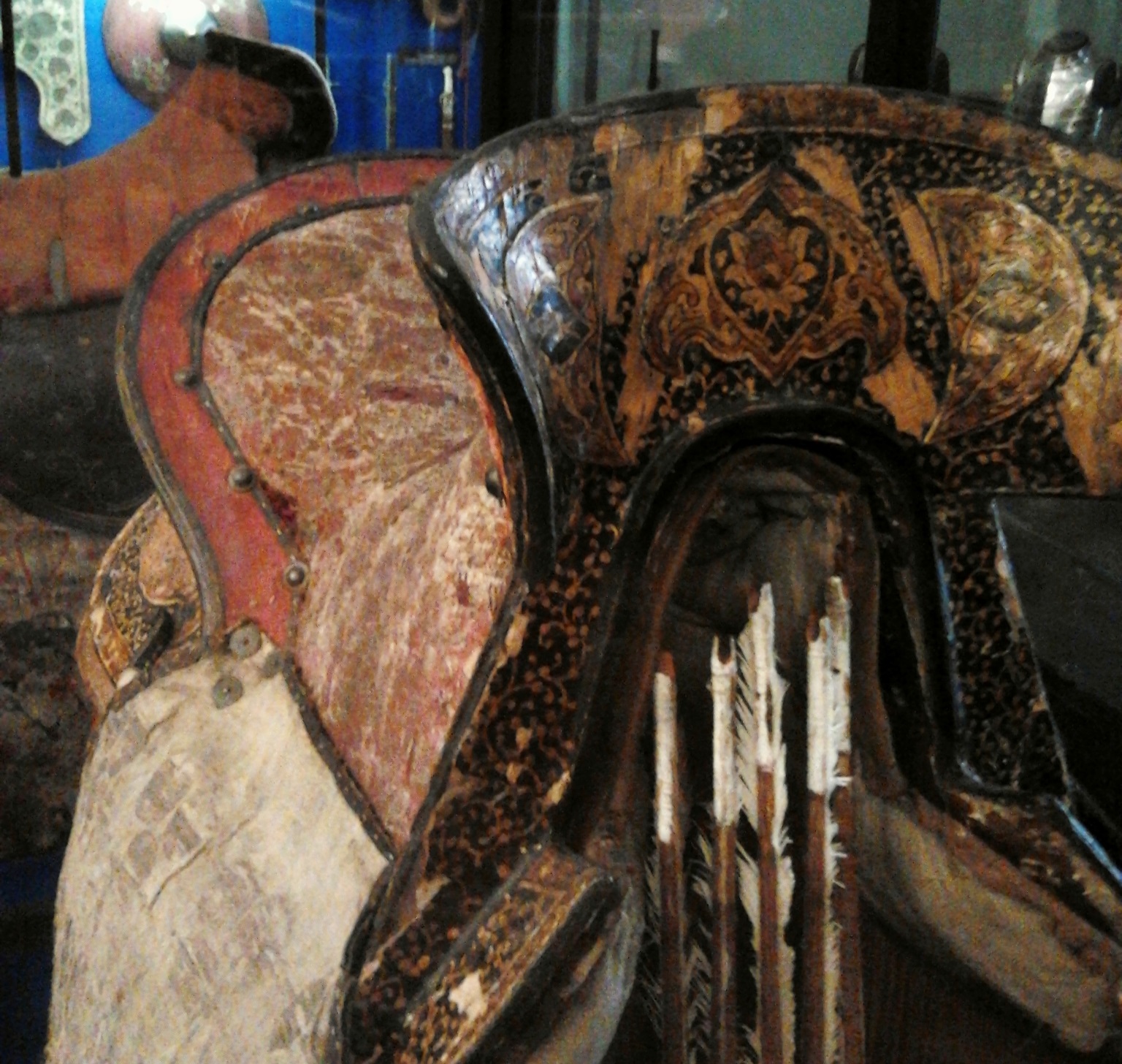 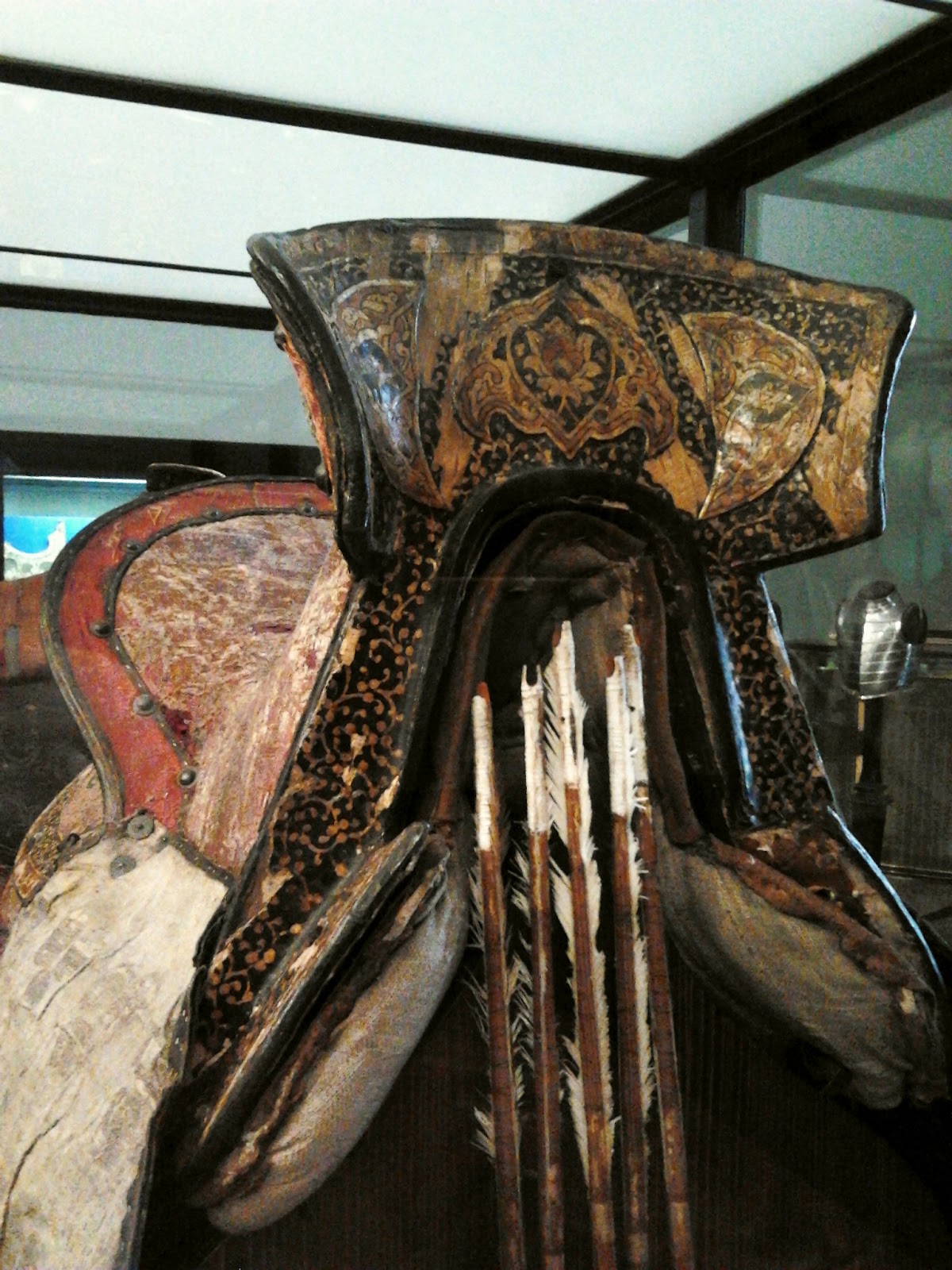 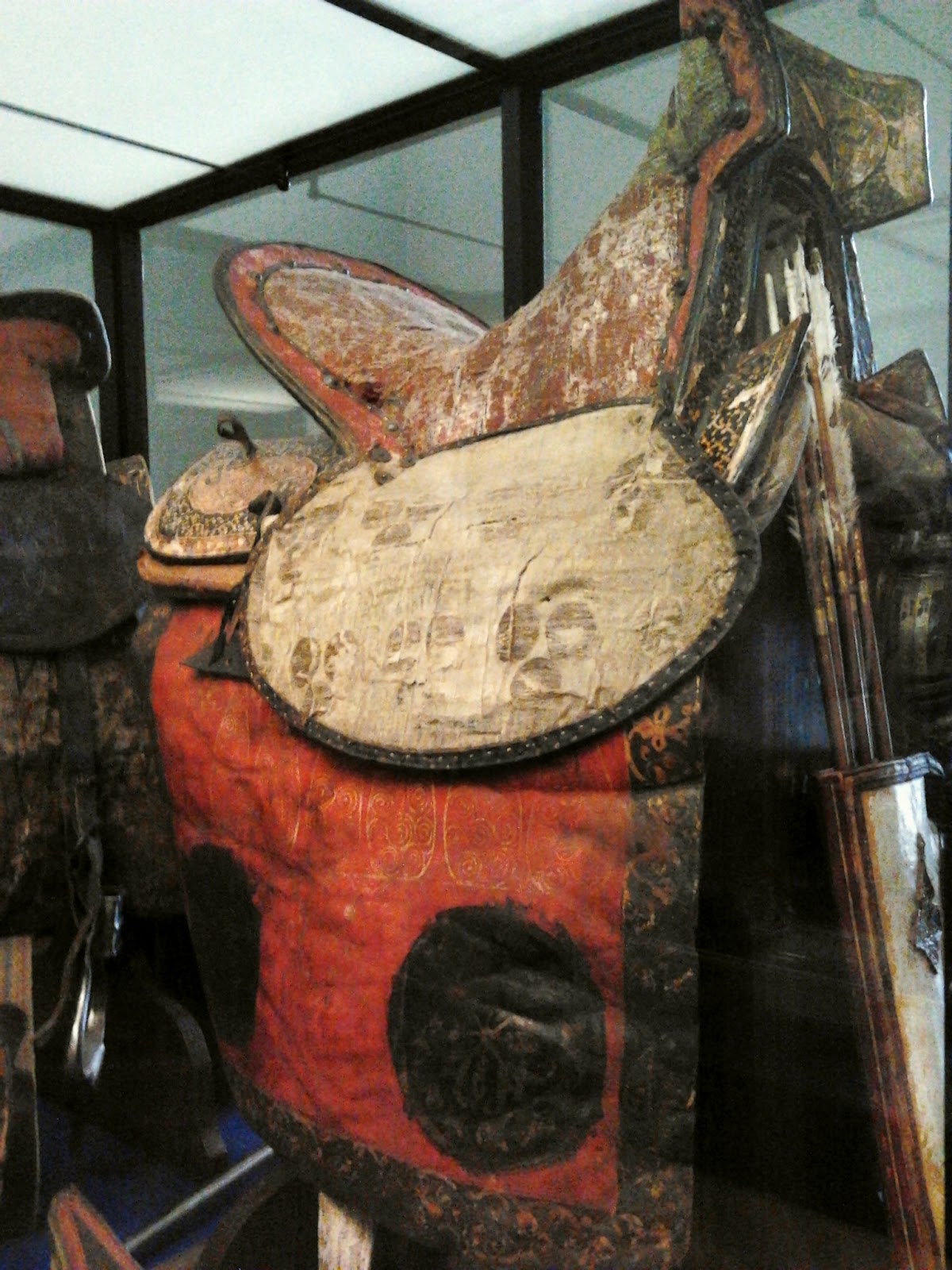 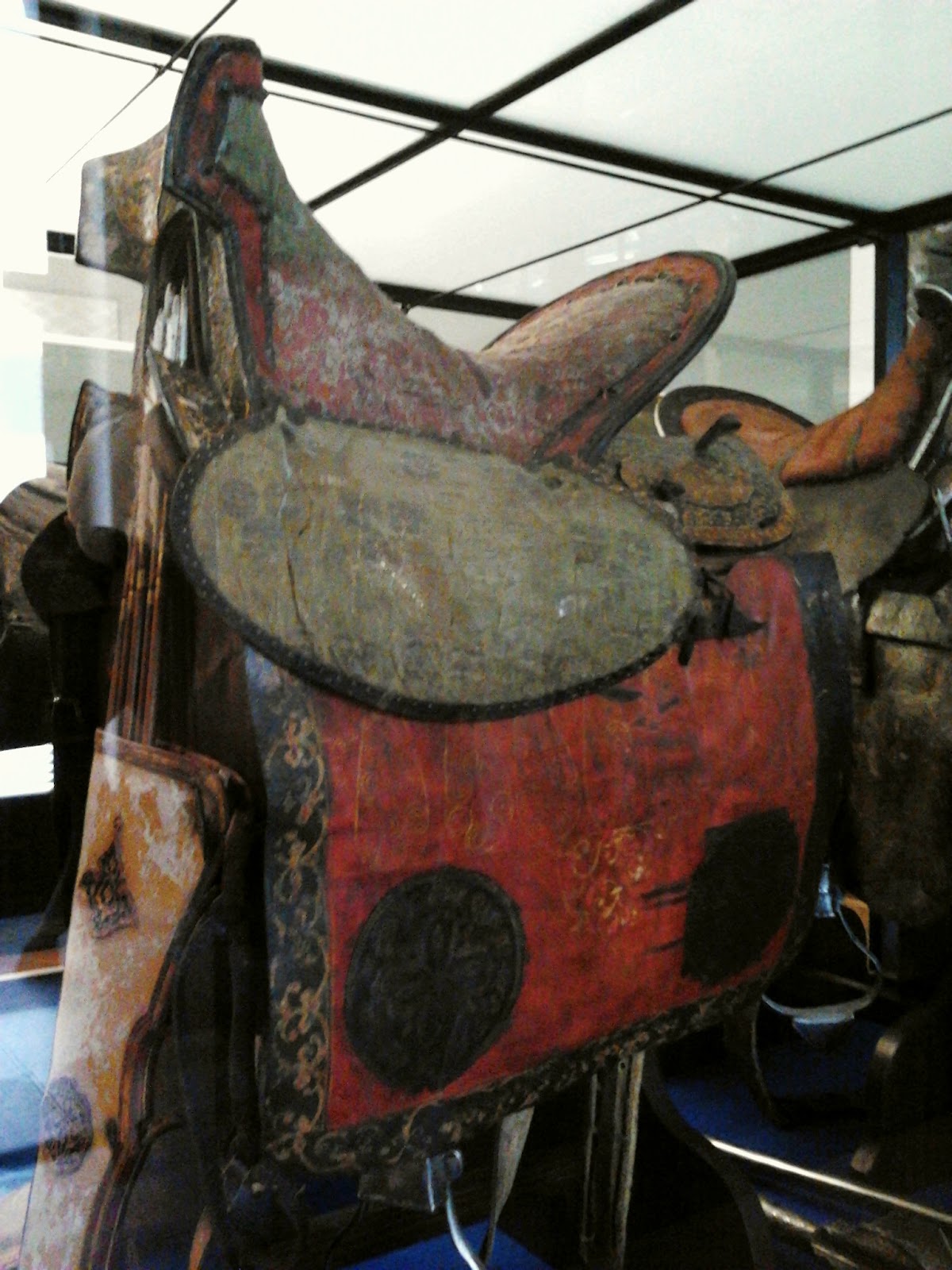 The saddle is part of the collection in Vienna's Kunsthistorisches Museum (Austria). 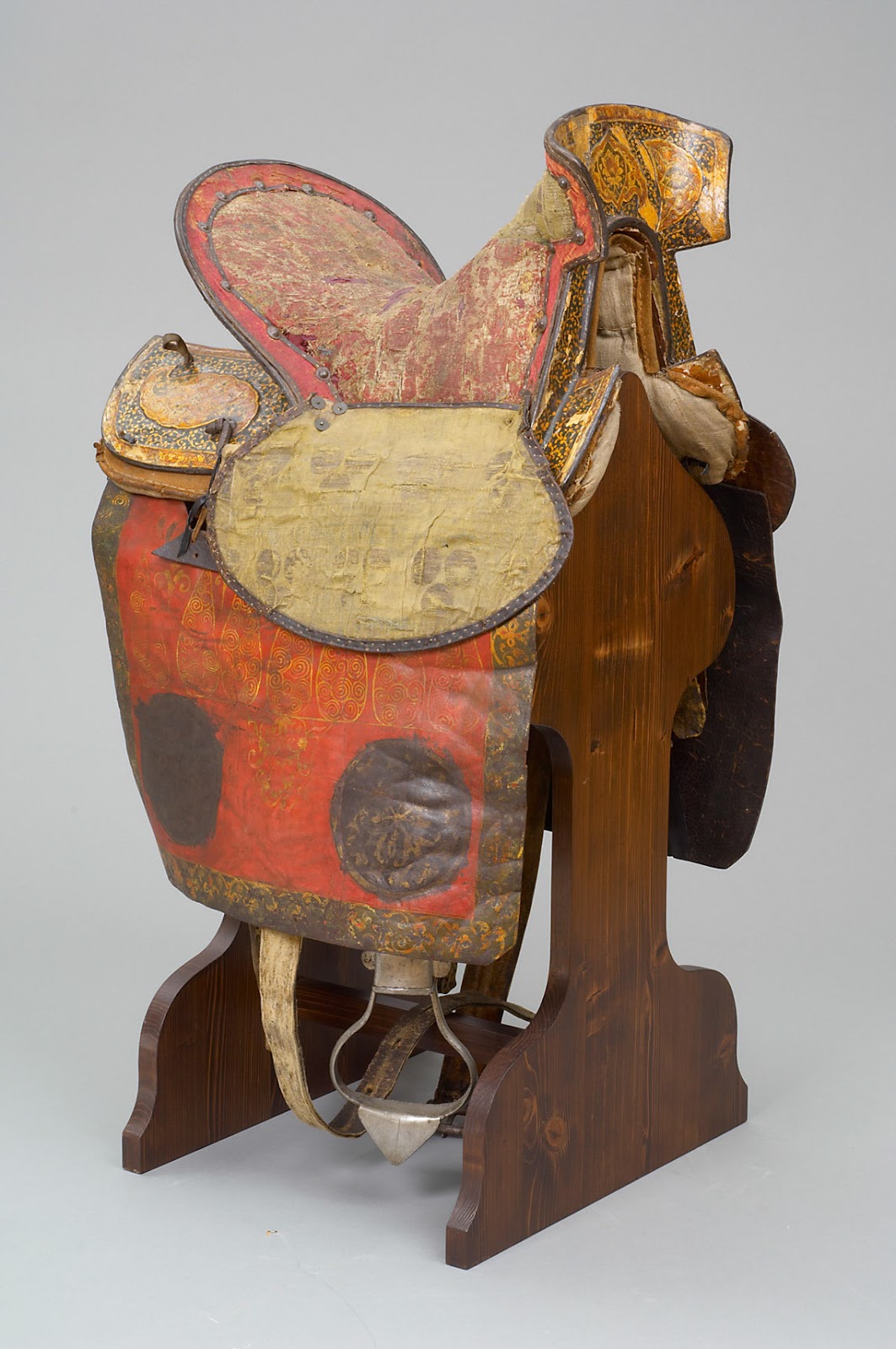 there are at least two other saddles that could be from our king Stefan I Bathory collection from 1570s-1580s. even if the saddles are themselves of sort of Russian make and tradition from the Muscovy workshops (be it Moscow or down south in Kazan etc ). 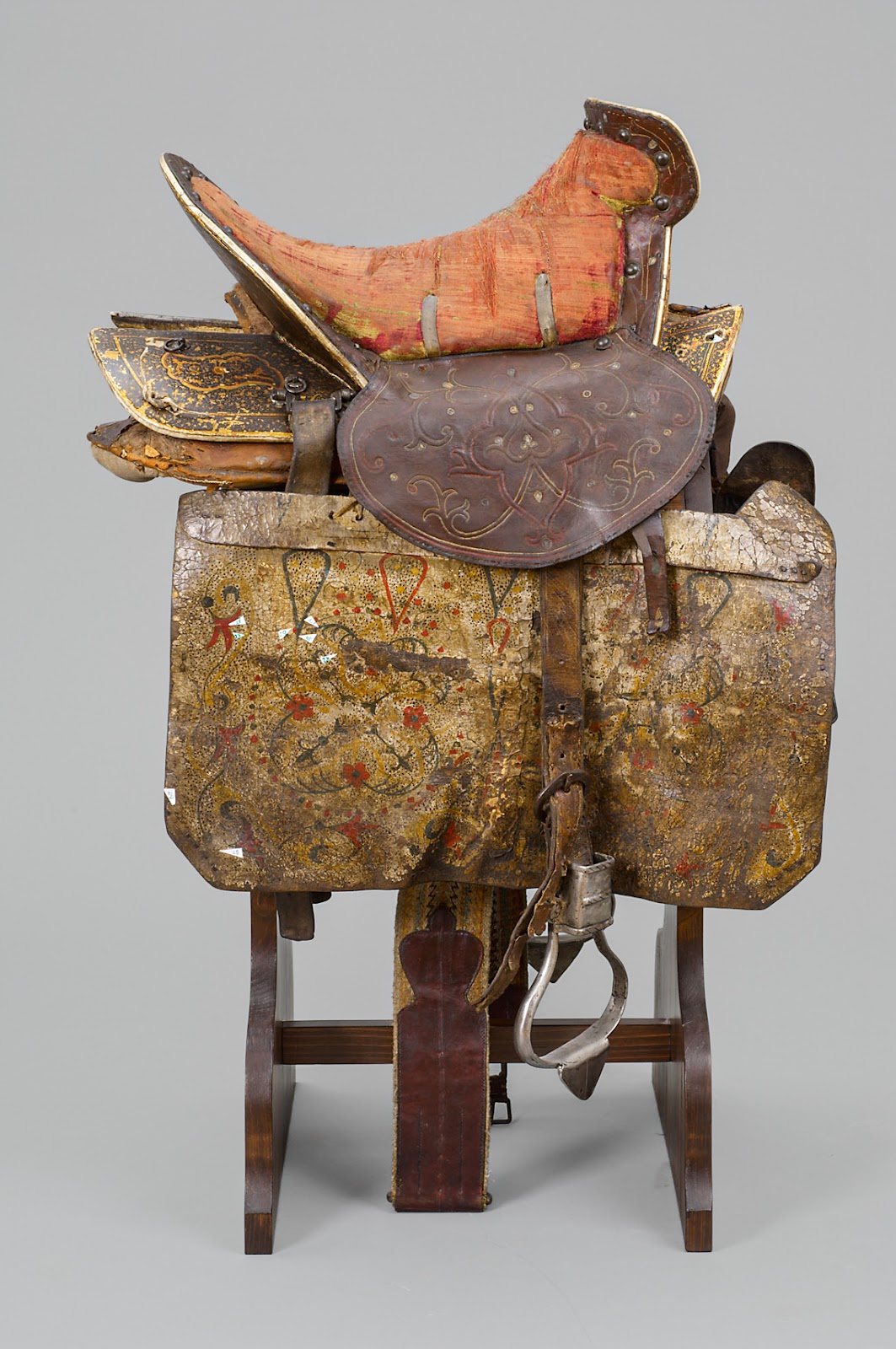 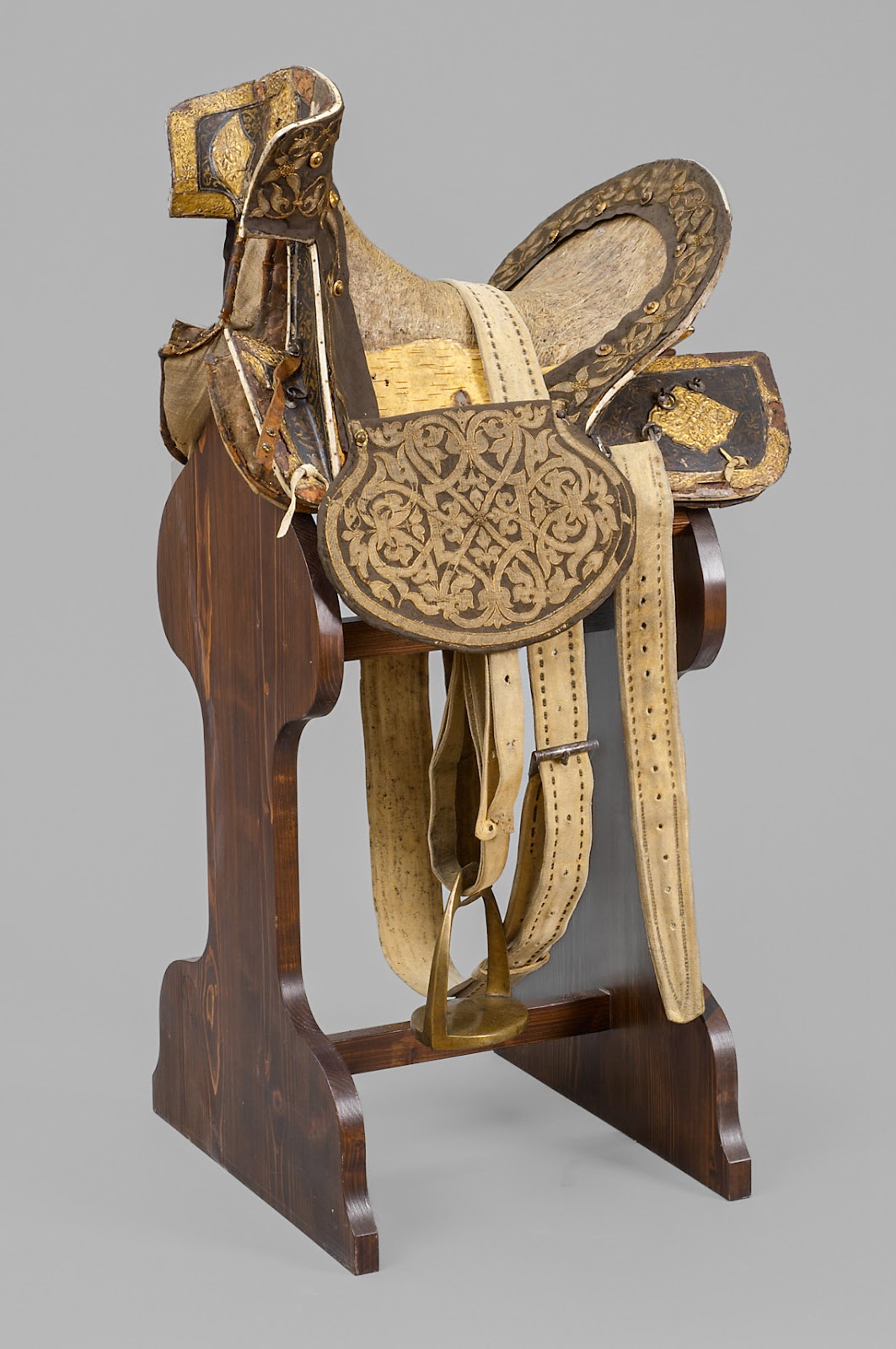 there are also two arrow quivers (  the sets - their belts, bows and bow cases are absent ) as part of the Stefan I Bathoey  memorabilia collections at the museum. 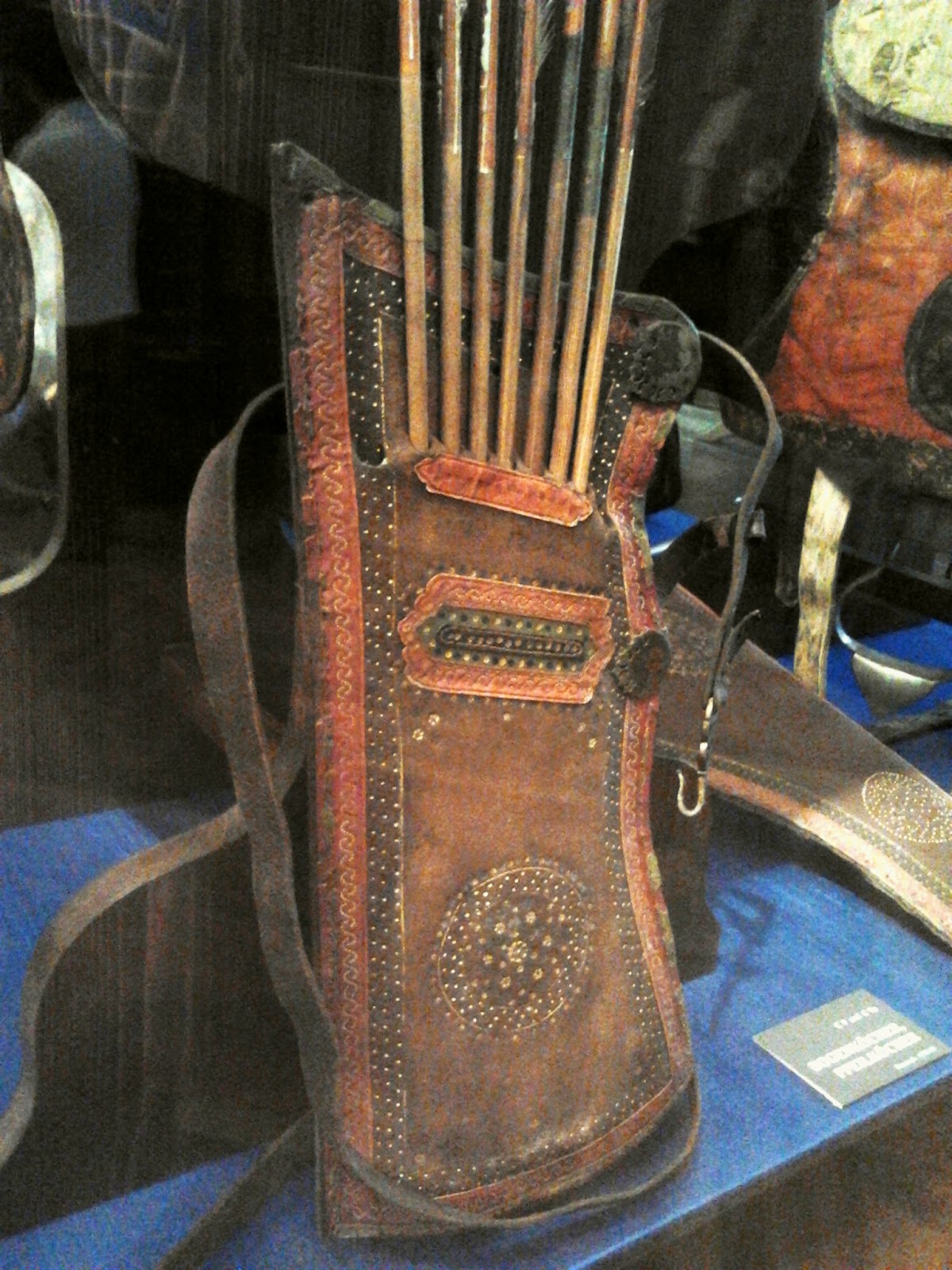 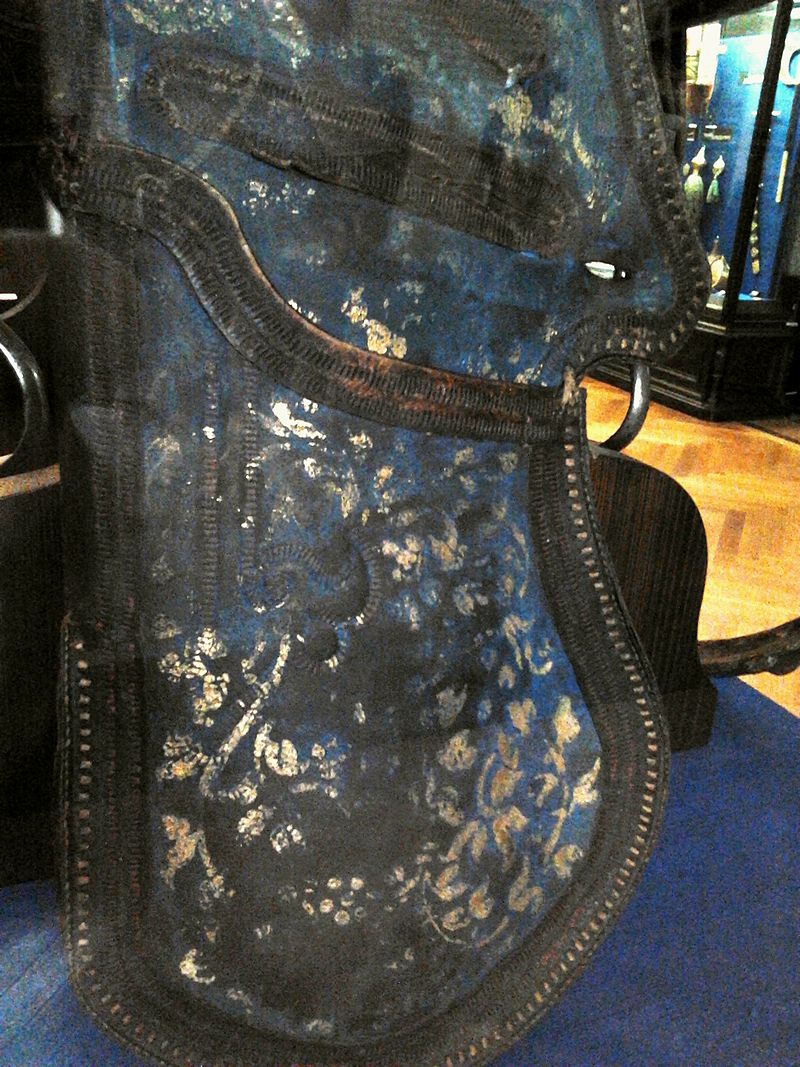 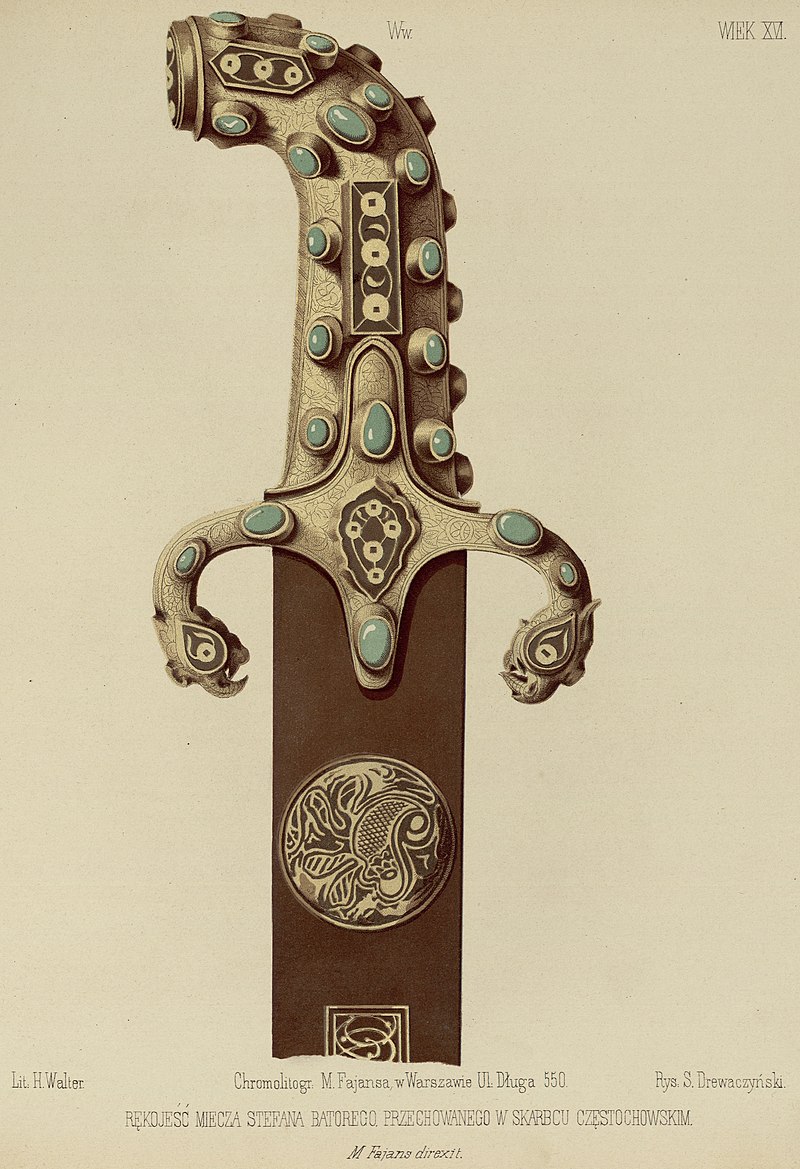 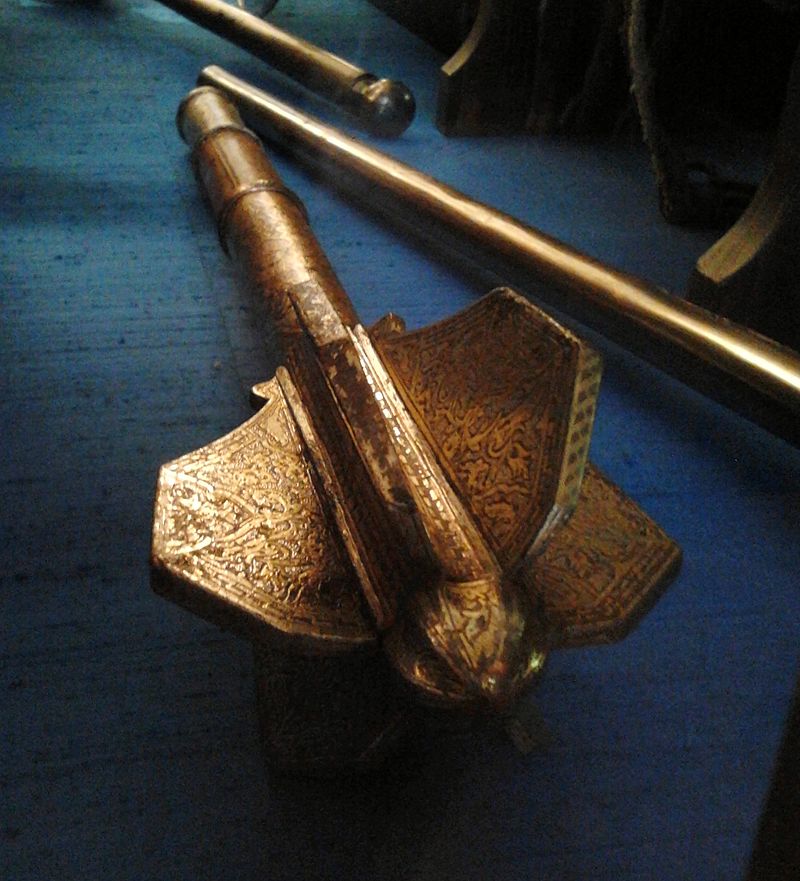 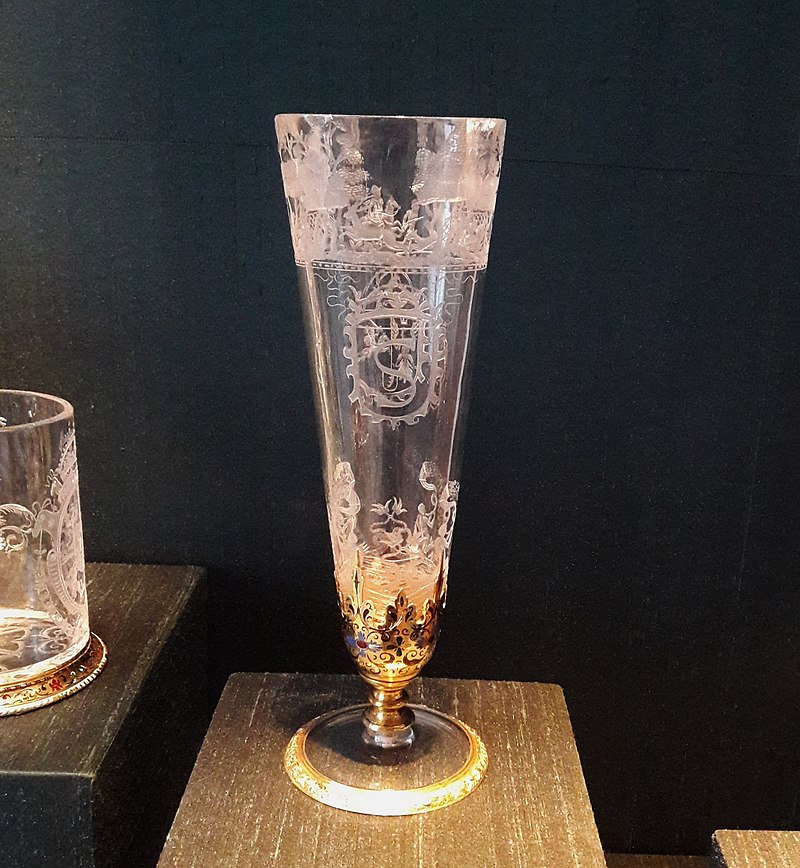 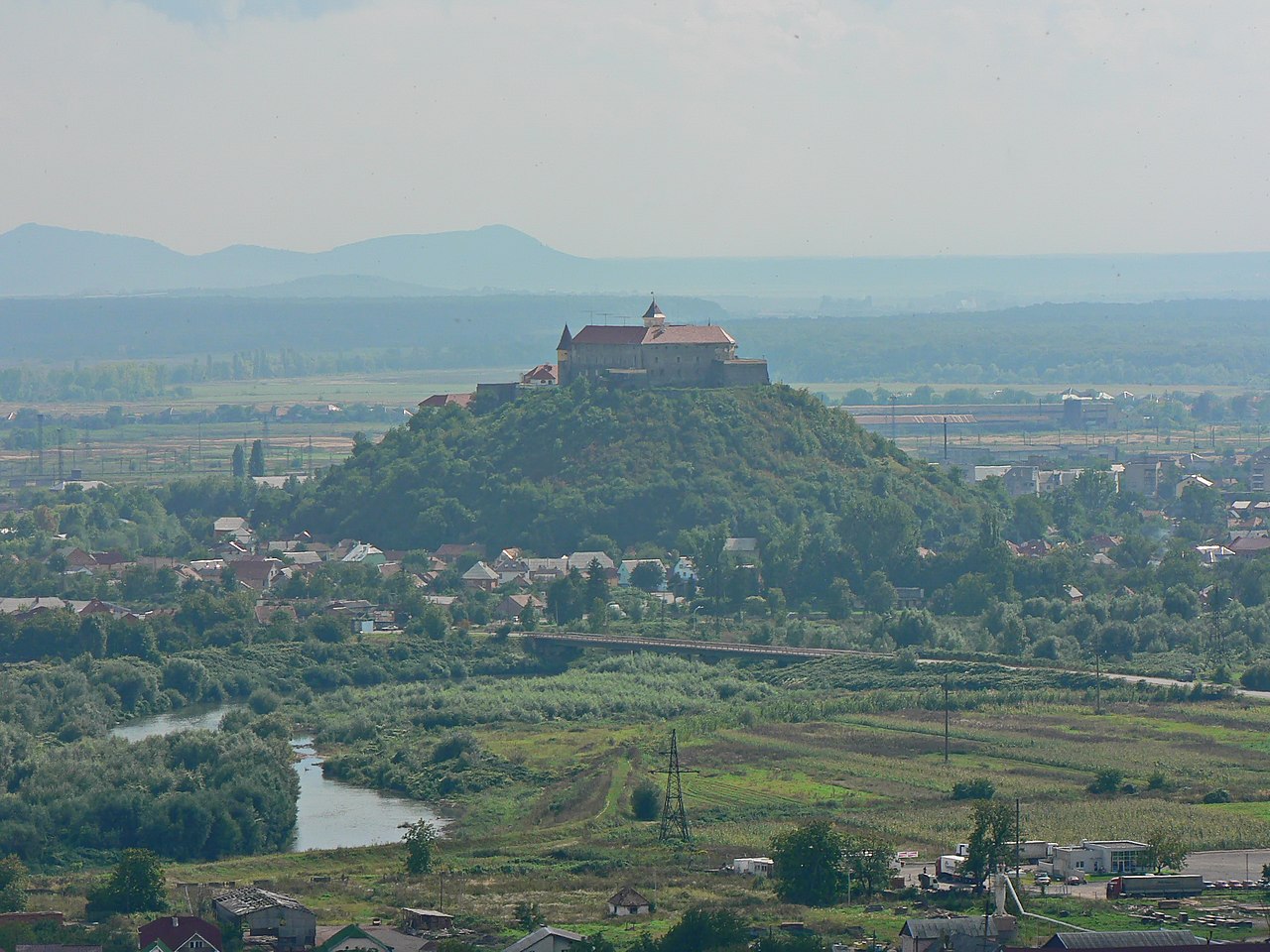 This old Hungarian castle known as Palanok in present day Ukraine (Zakarpatia area taken from Hungary after the Trianon Treaty in 1919 and returned in 1939, and then again taken in 1945 by Stalin's iron fist) used to have a monument to Turul or  the Hungarian eagle - the Zakarpatia  province has had a large Hungarian minority and more than a thousand years of Hungarian history and rule until 1945. Allegedly Turul has been removed and Ukrainian Trident was put in place..

https://dailynewshungary.com/turul-the-mystical-hungarian-mythological-bird/ One of the most stunning and mystical symbols in Hungarian mythology is the turul bird. The origin of this legendary bird goes back to prehistoric Hungary. It is the relic of ancient Hungarian faith, the embodiment of the superior powers as well as the monarchical sovereignty. It is also the ancient symbol of national identity and togetherness. Furthermore, it symbolises the Holy Spirit that guarded Hungarians in ancient times. This mystical bird is still very close to Hungarians’ hearts. The turul is a popular figure in Hungarian folklore; however, it is unclear whether it actually exists/existed in nature. Legends have it that the bird played an important role in the birth of the Turul clan, a Hungarian dynasty which was later mistakenly called Árpád clan. The depiction of the bird also aimed to emphasise the divine origins of all the succeeding kings of this dynasty.
Source: dailynewshungary.com https://dailynewshungary.com/turul-the-mystical-hungarian-mythological-bird/

https://www.youtube.com/watch?v=bfR3qoQBMms An overview of the history of the earliest handheld firearms and associated accoutrements.
Video by GK Media Limited.
https://www.youtube.com/watch?v=_6ckOrgdQ8Q This film is a summary about a research project I[author] am involved in to determinate the muzzle velocity of the 17th century muskets. The research is based on the bullets recovered from an engagement in 1664 between the Imperial and Ottoman army in Hungary.