Battle of Agincourt 25th of October 1415 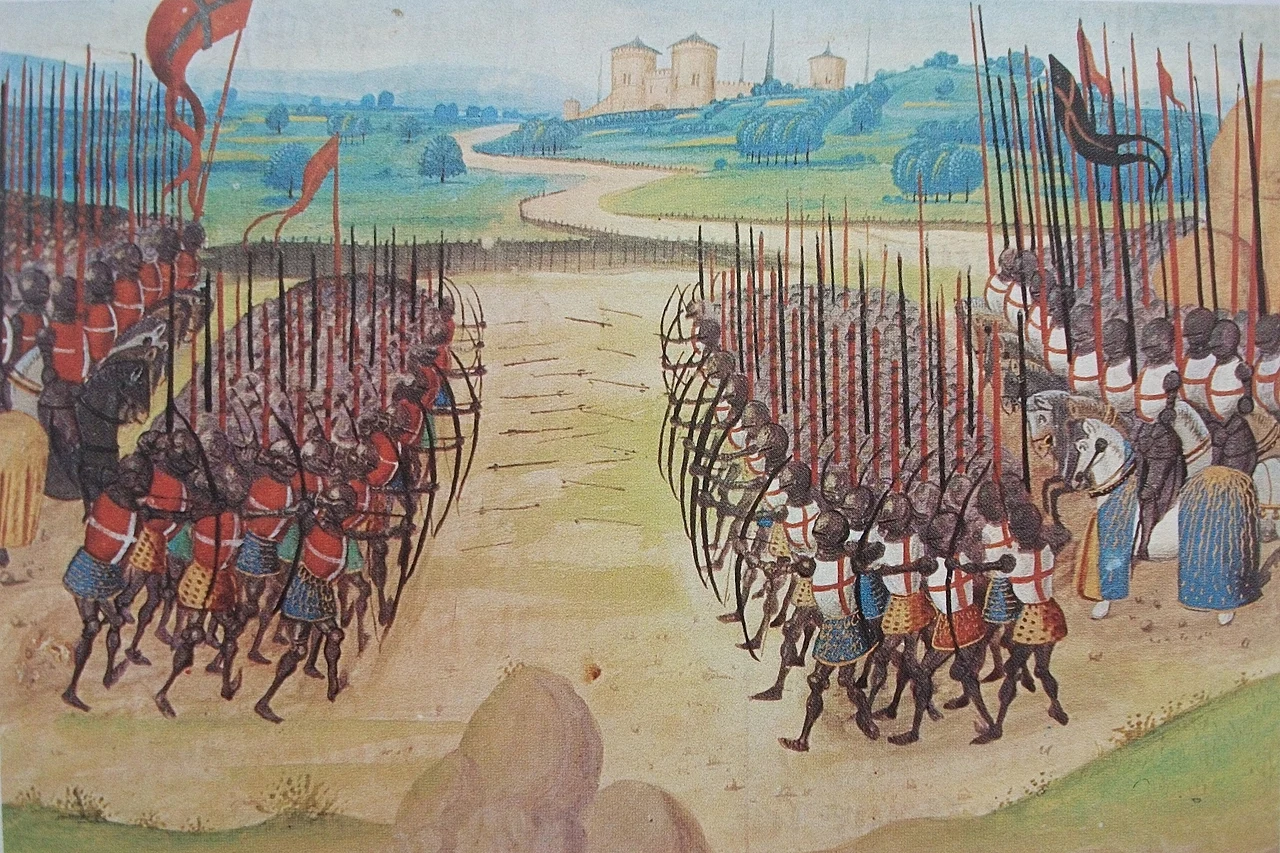 today is the anniversary of the great French chivalry defeat from the hands of the English at Agincourt, France. Many thousands of knights and men-at-arms rode and then walked their destriers (dextrarius or war horse) across the freshly plowed and muddy field between two densely wooded forests into the volley after volley of the heavy Welsh/English bows archery, i.e, bodkins. And they died and still marched on and died some more... pride before dishonor one could say. But couldn't they chose more wisely the place and time to fight, instead of falling into the English trap? Master Sun Tsu could have said a word or two about this one, had he lived around the time.. 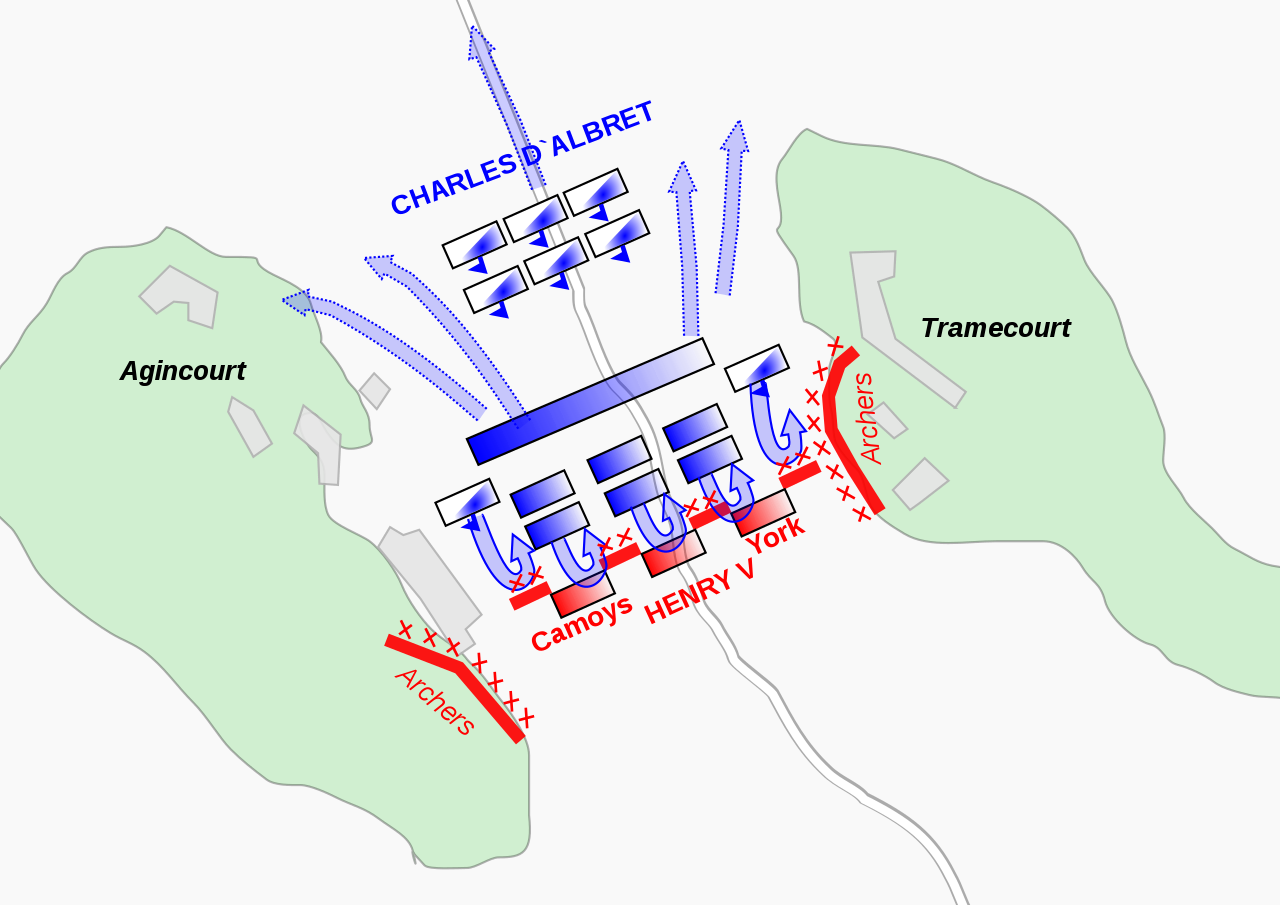 I have read many books on the subject,, bah, I have watched various  feature films about this battle (two based on Shakespeare, and one from Netflix) - and when the date comes around I think about that 1415 October day when French chivalry died in such great numbers from the great bow's war arrows and the merciless knives and swords of the English. The execution of the French men at arms and knight being held prisoner in the back of the English army, in several thousands at least, should be a day of enteral infamy and same for Henry V, king of England. 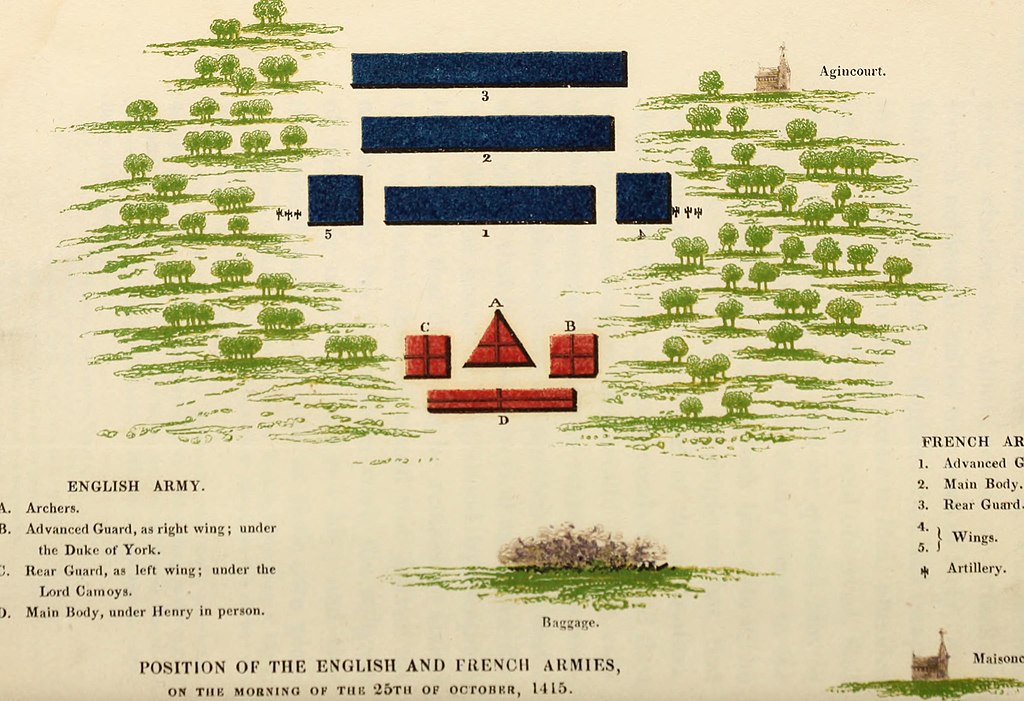 Countless British & Anglo-American writers wrote copious pages on how to excuse this crime against the chivalric values and Christian norms and ethics.. C'est la vie. 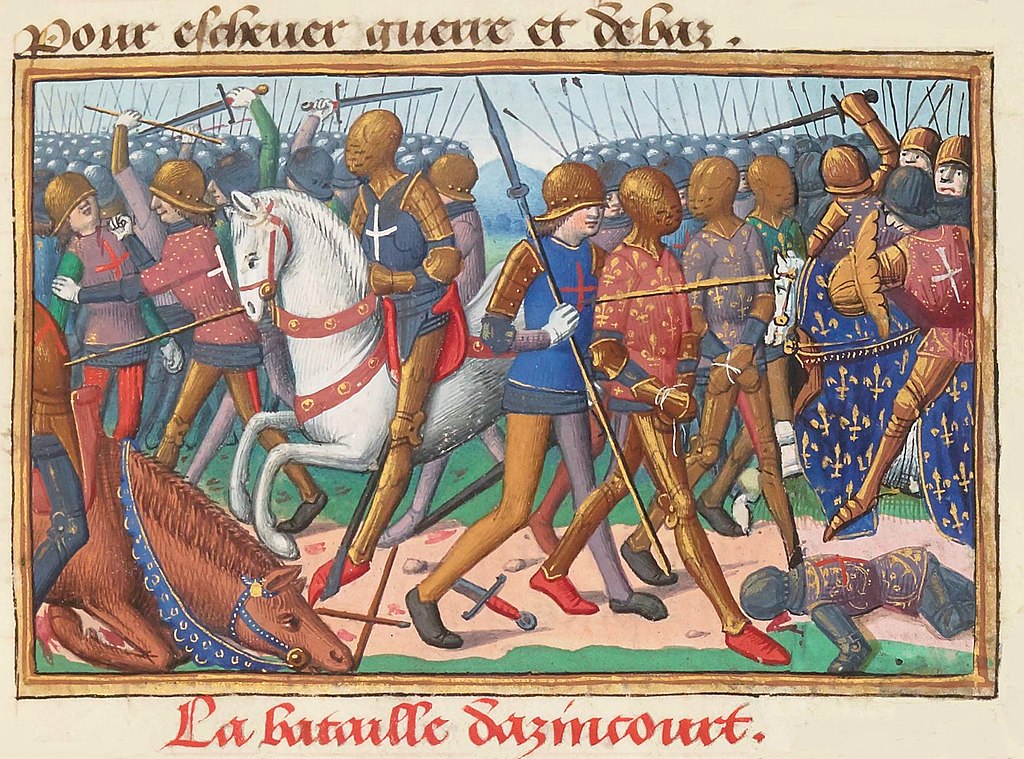 The battles of Crecy, Poitiers and this battle, spanning almost a century of conflict,  were the most famous and quite unusual English victories during the Hundred Years War between two realms. 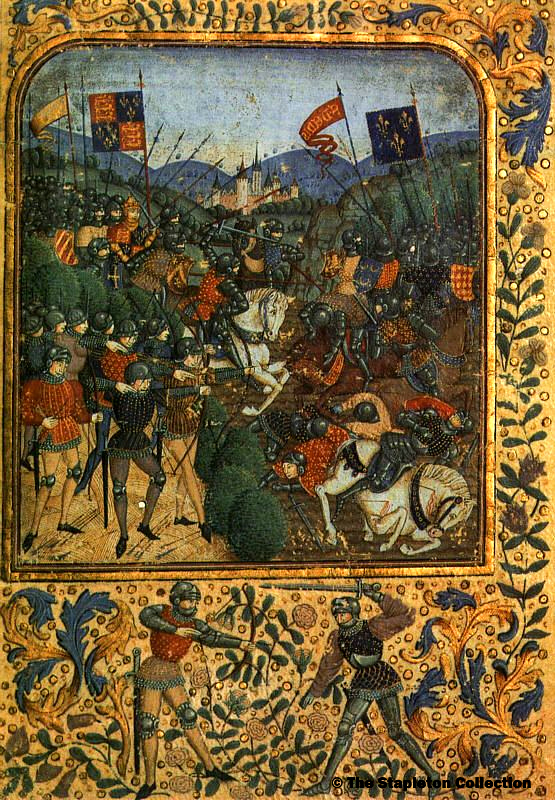 I must add I have always preferred the French side in this conflict, but I still read many historical research, desertions  and fiction books written from the English side, including some great historical fiction written in America. 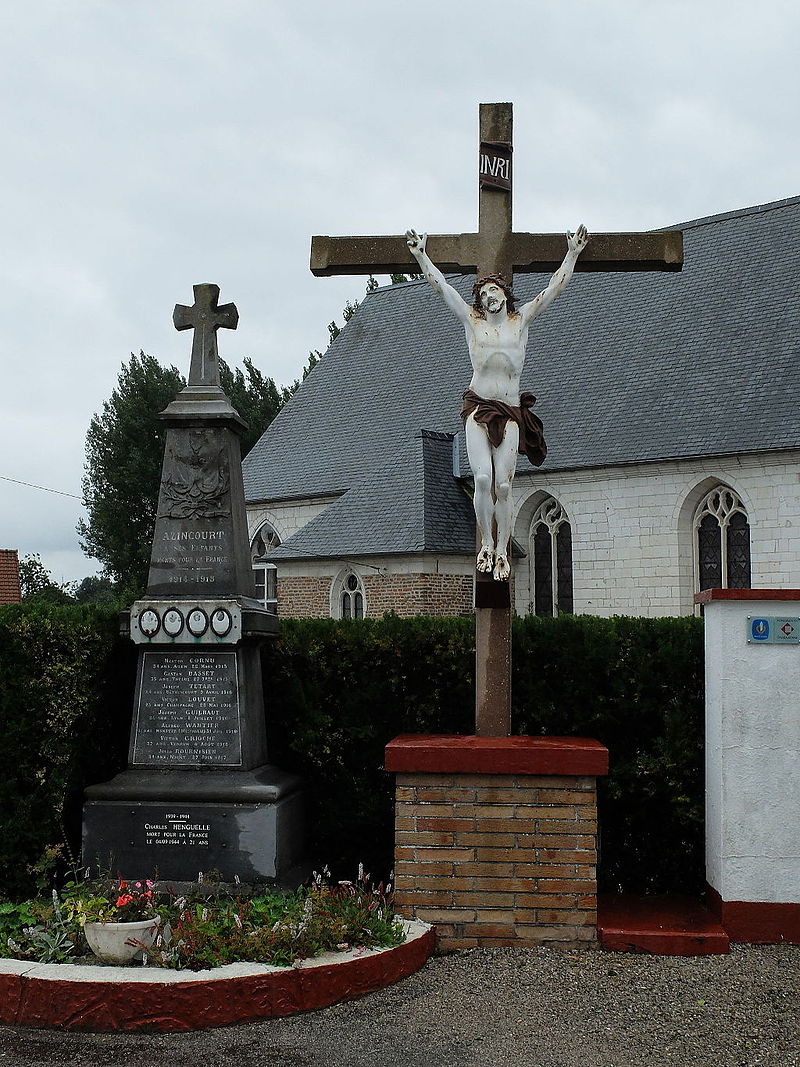 But in the end the French prevailed in this struggle  - gaining some great victories  that when fought in more reasonable for cavalry conditions brought them success, but I must add the French also adopted the Welsh/English bow  and these archer companies became a feature of the French XV century armies (along with the heavy armored horse lancers or gendarmes). 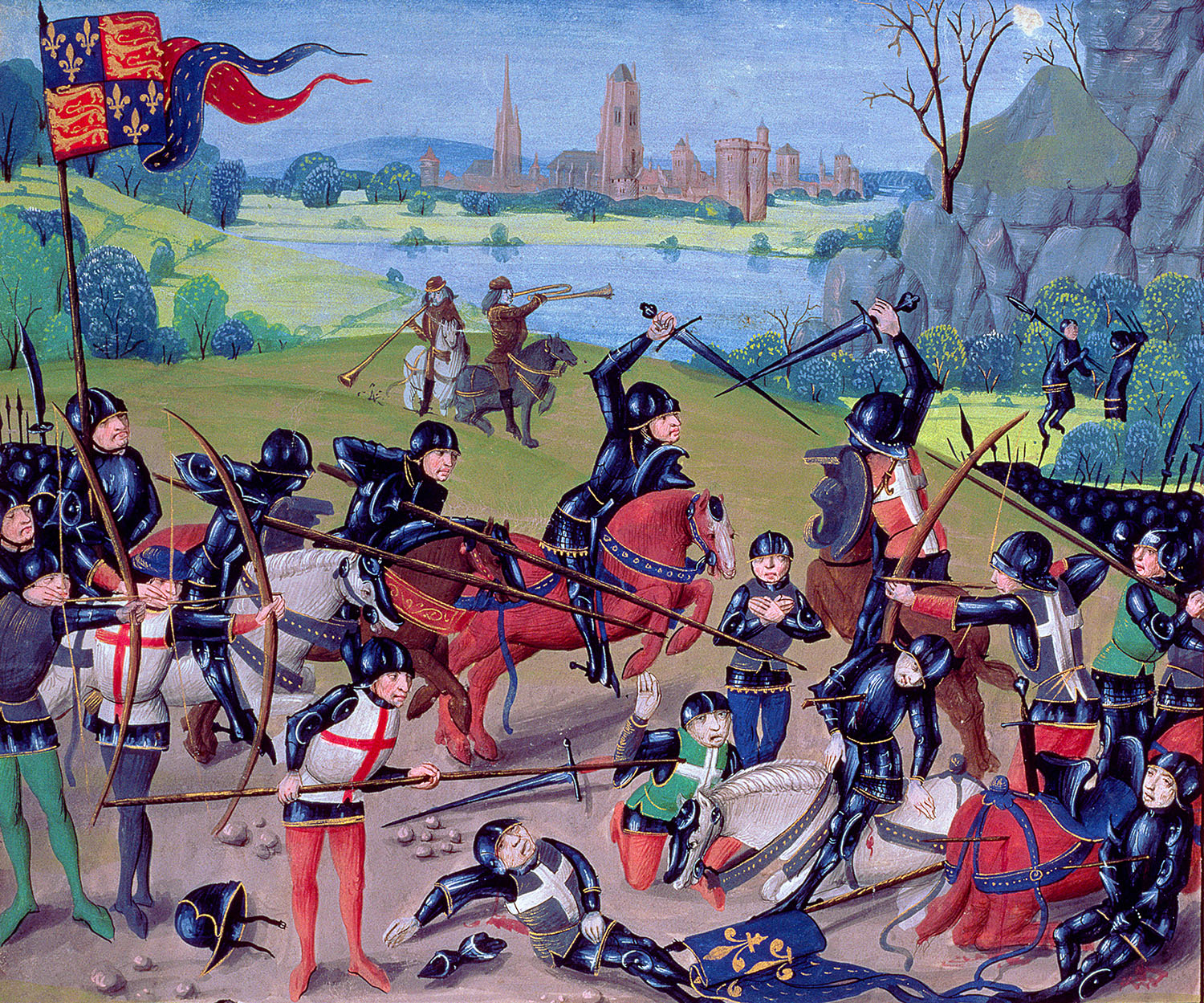 Perhaps one day we will look at the hobelars in this war, and other cavalry types and their horse equipment.. 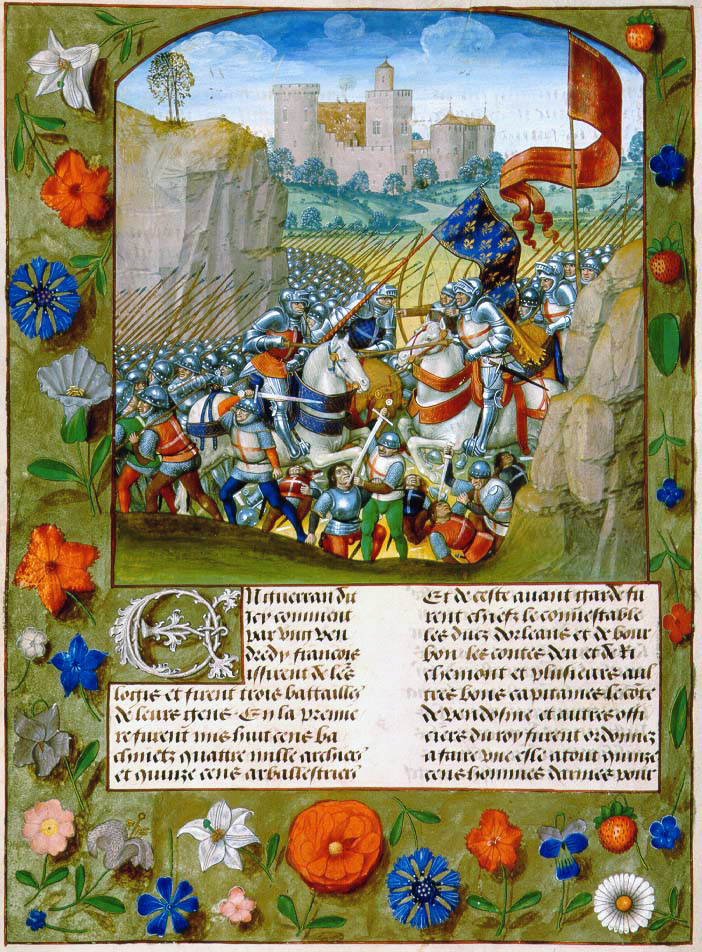 and the reenactors today nota bene, one fine British artist Graham Turner has painted many works representing the battle, its participants and the period military subjects  etc - IMHO his art contains some of the finest representations of the period, the historical  period and the very struggle that ensued in the muddy fields of Azincourt.