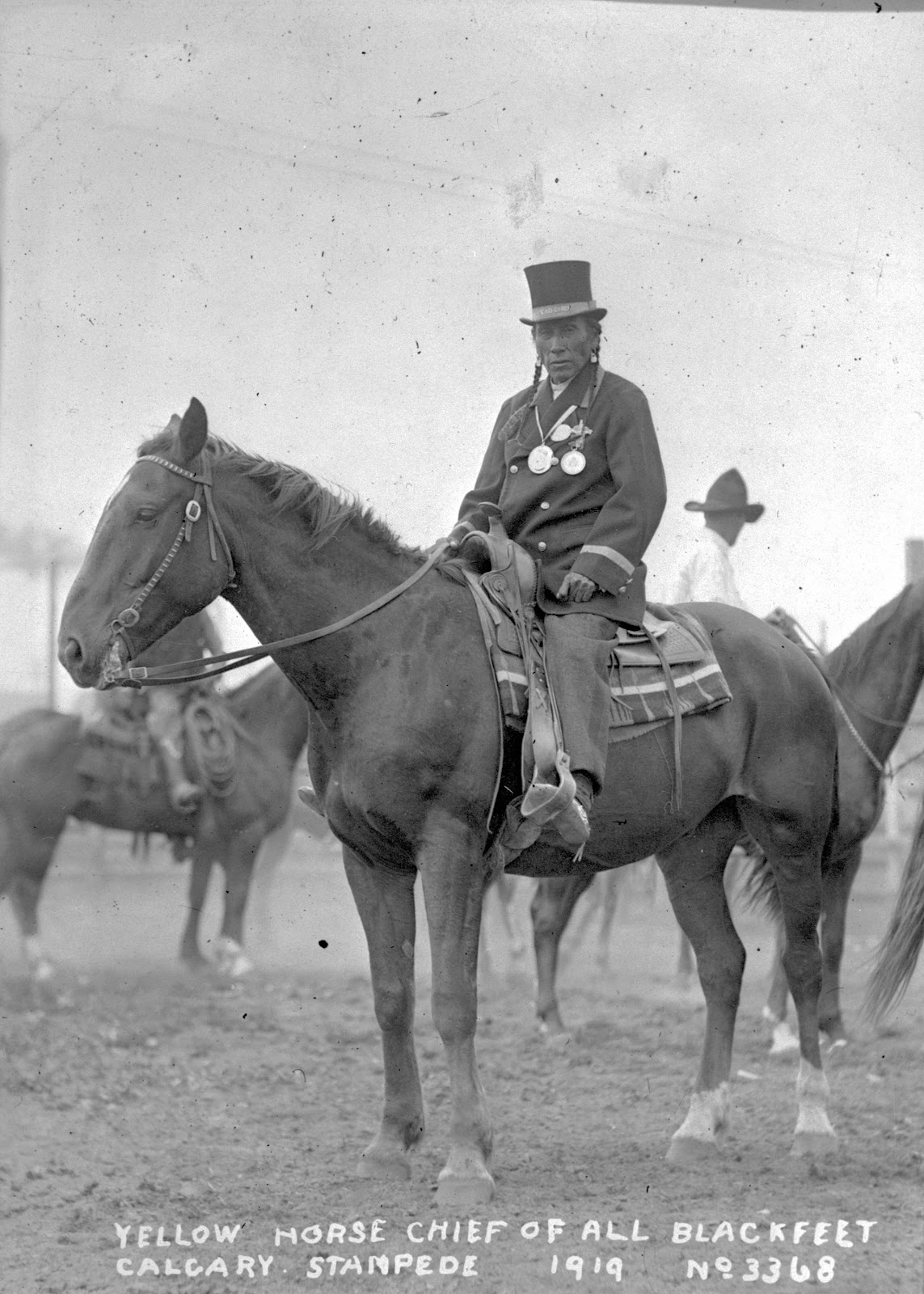 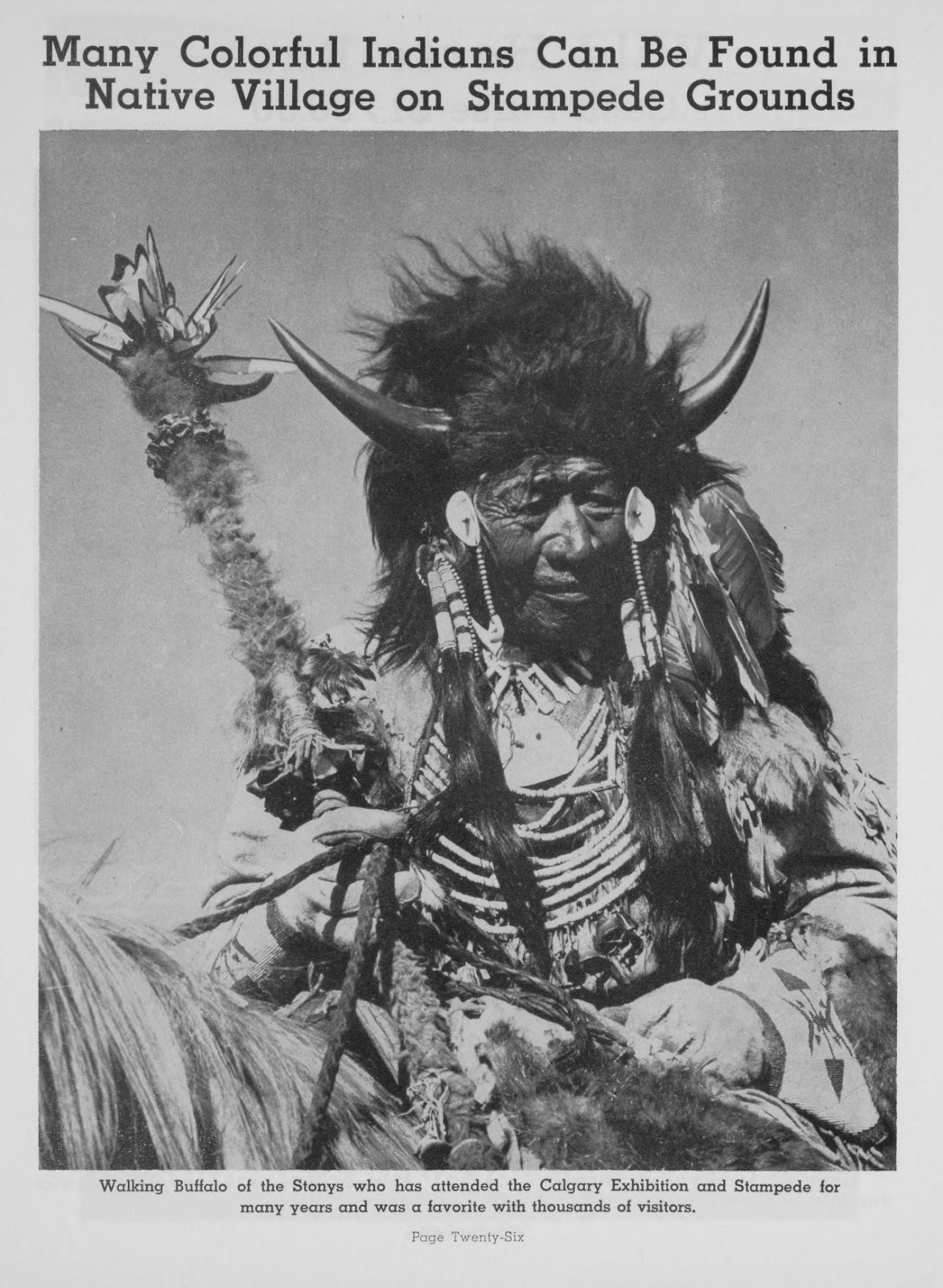 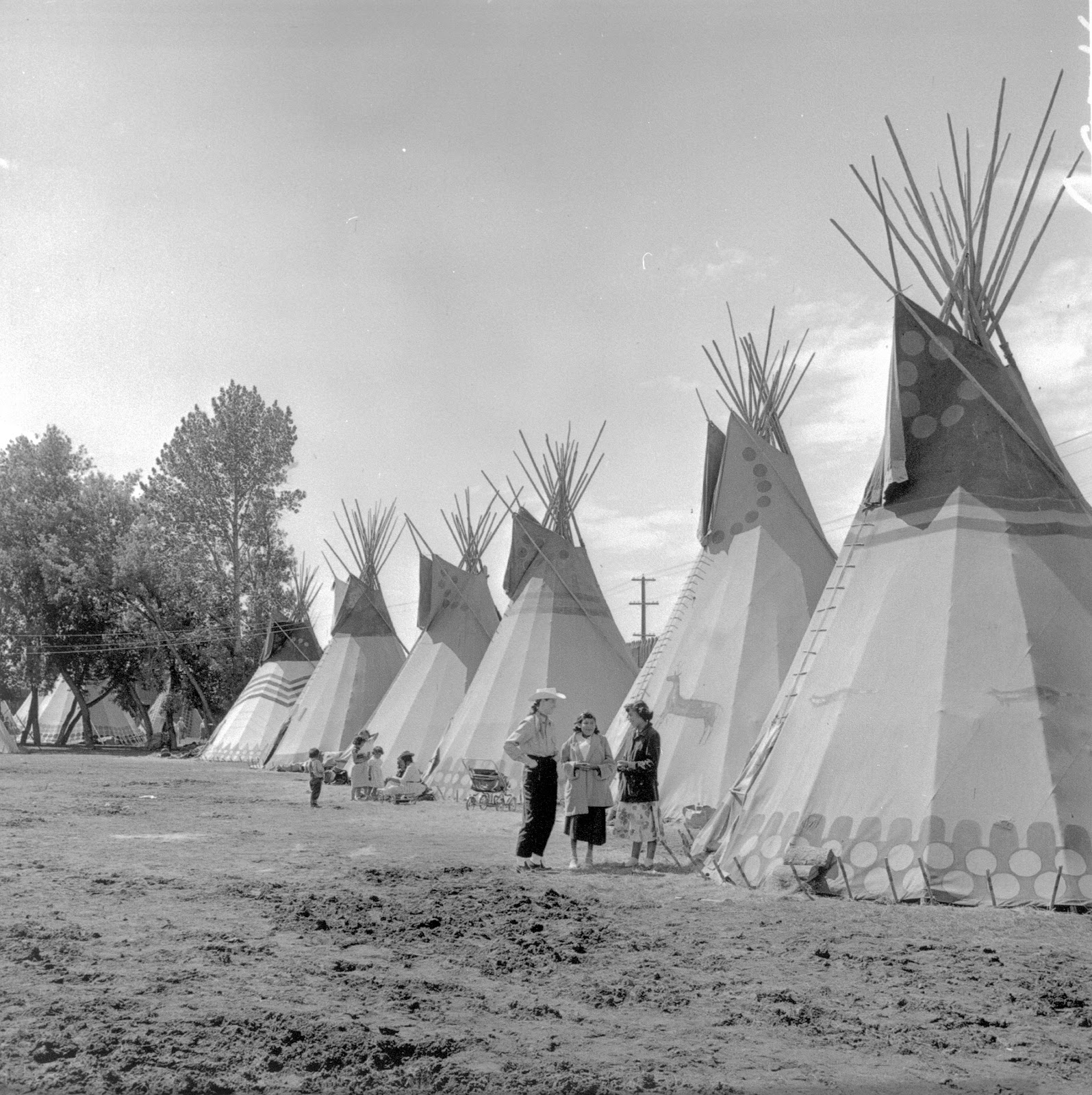 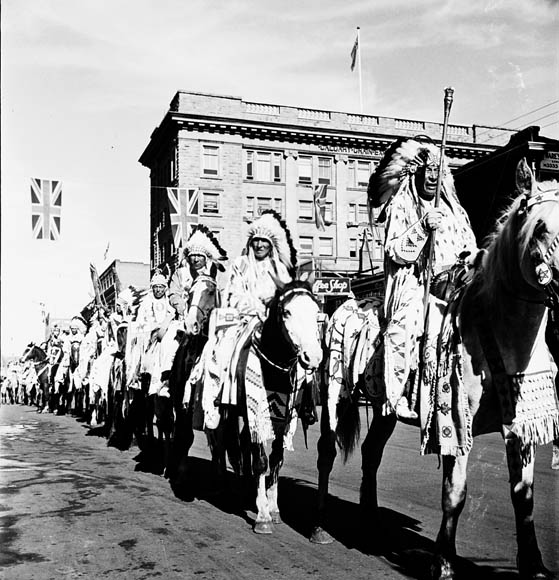 Great Plains People aka Plains Indians have been represented at the Calgary Stampede - they are mostly or entirely the Canadian Indians (they use the First Nations in their Canadian parlance) , but before they were Canadian they were just Plains People.. the border is an artificial separation of these nations of the Great Plains of North America. 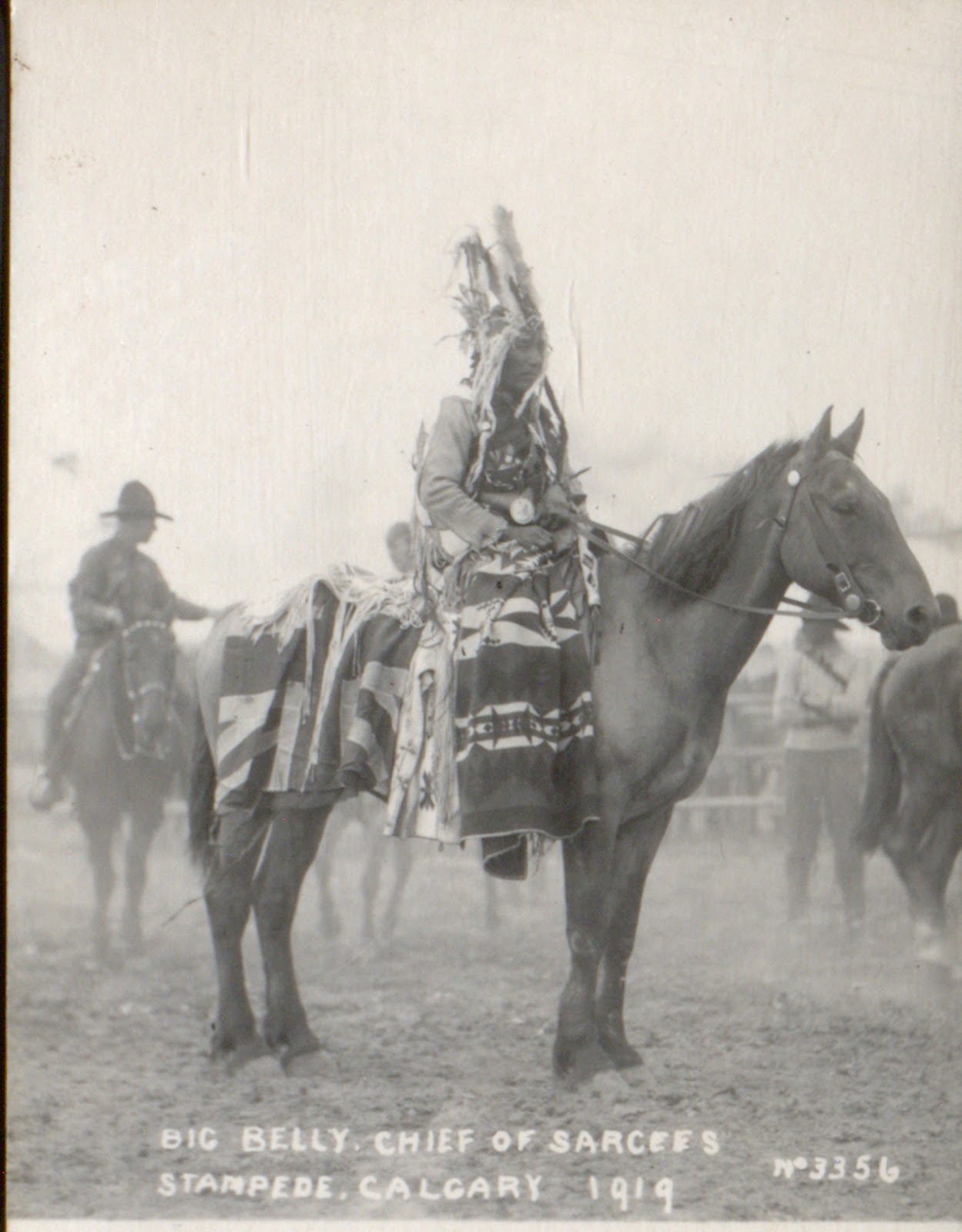 at Wiki Commons and on Archive World Library there are photos of olden days, when some of the native participants had been active warriors during the horse riding and coup counting days of pre-reservation times. 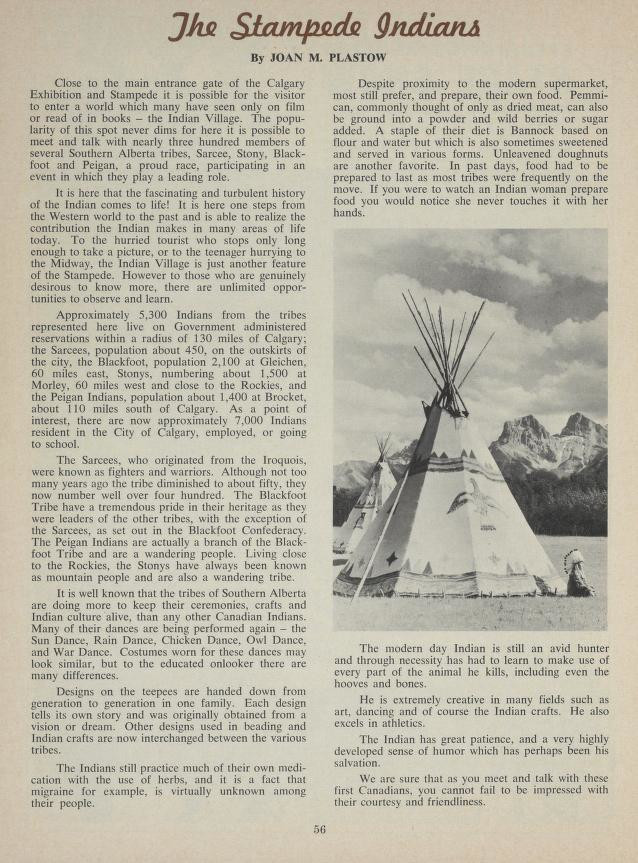 Here are some photos, including from the 1960s Stampede pamphlets - 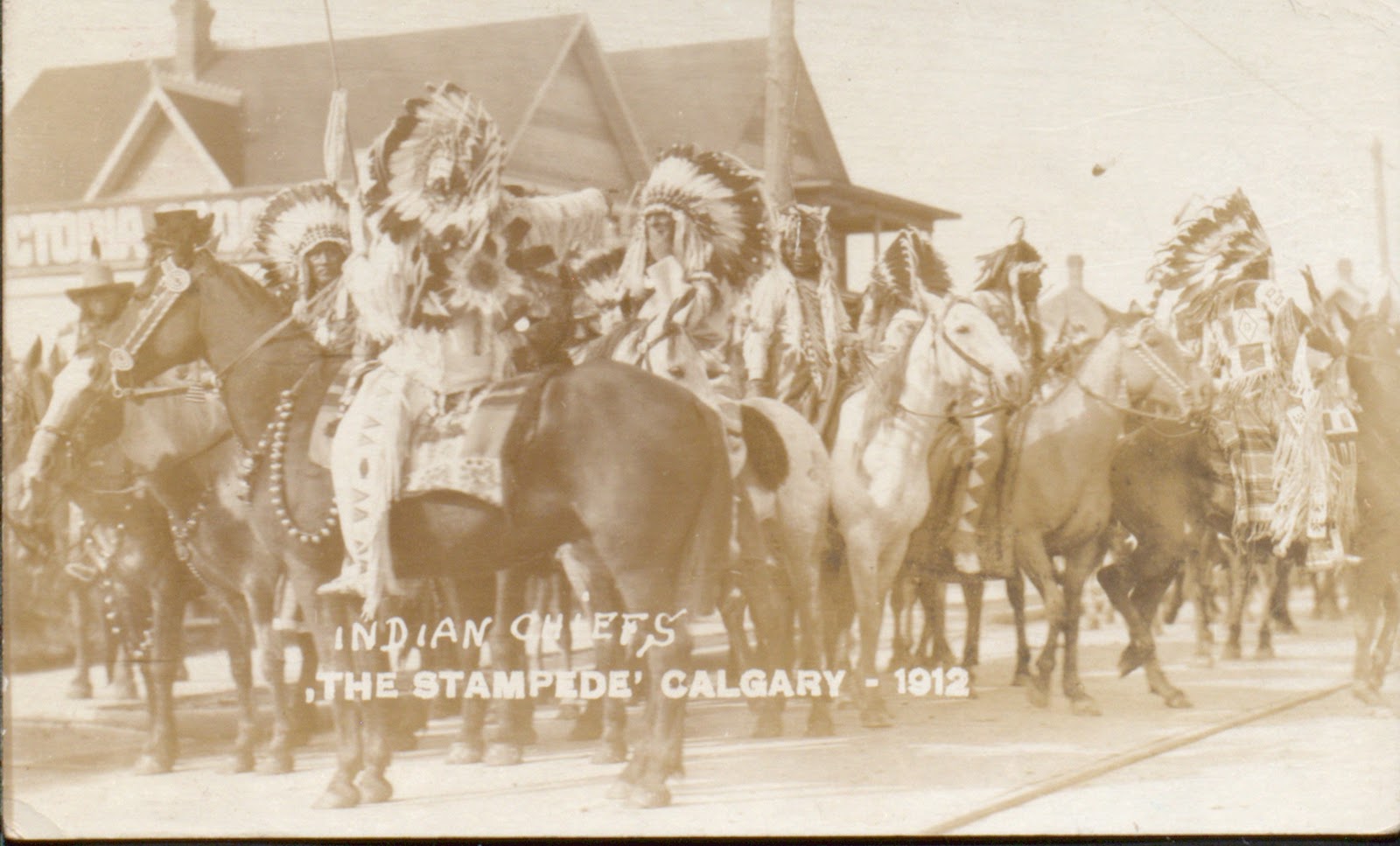 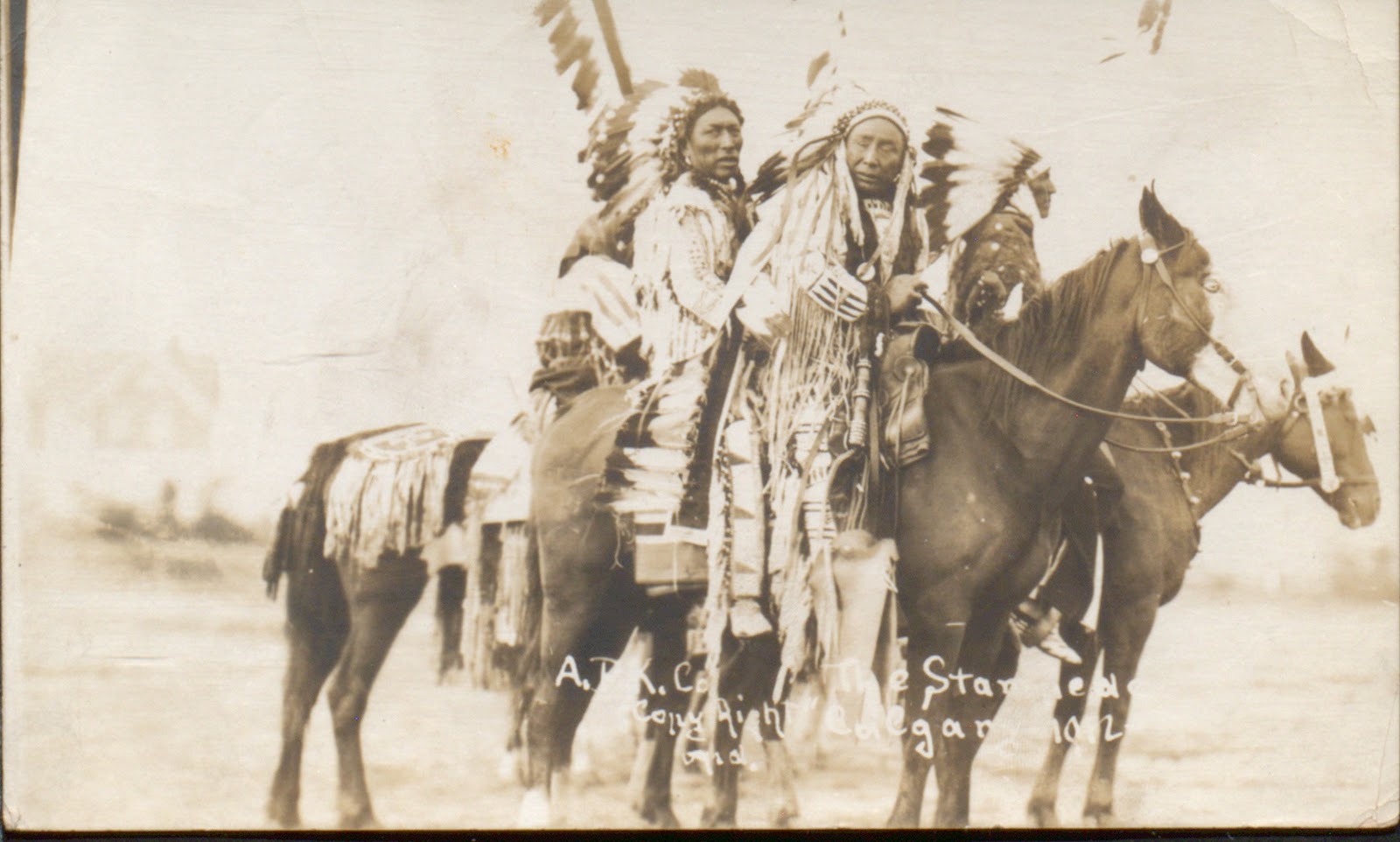 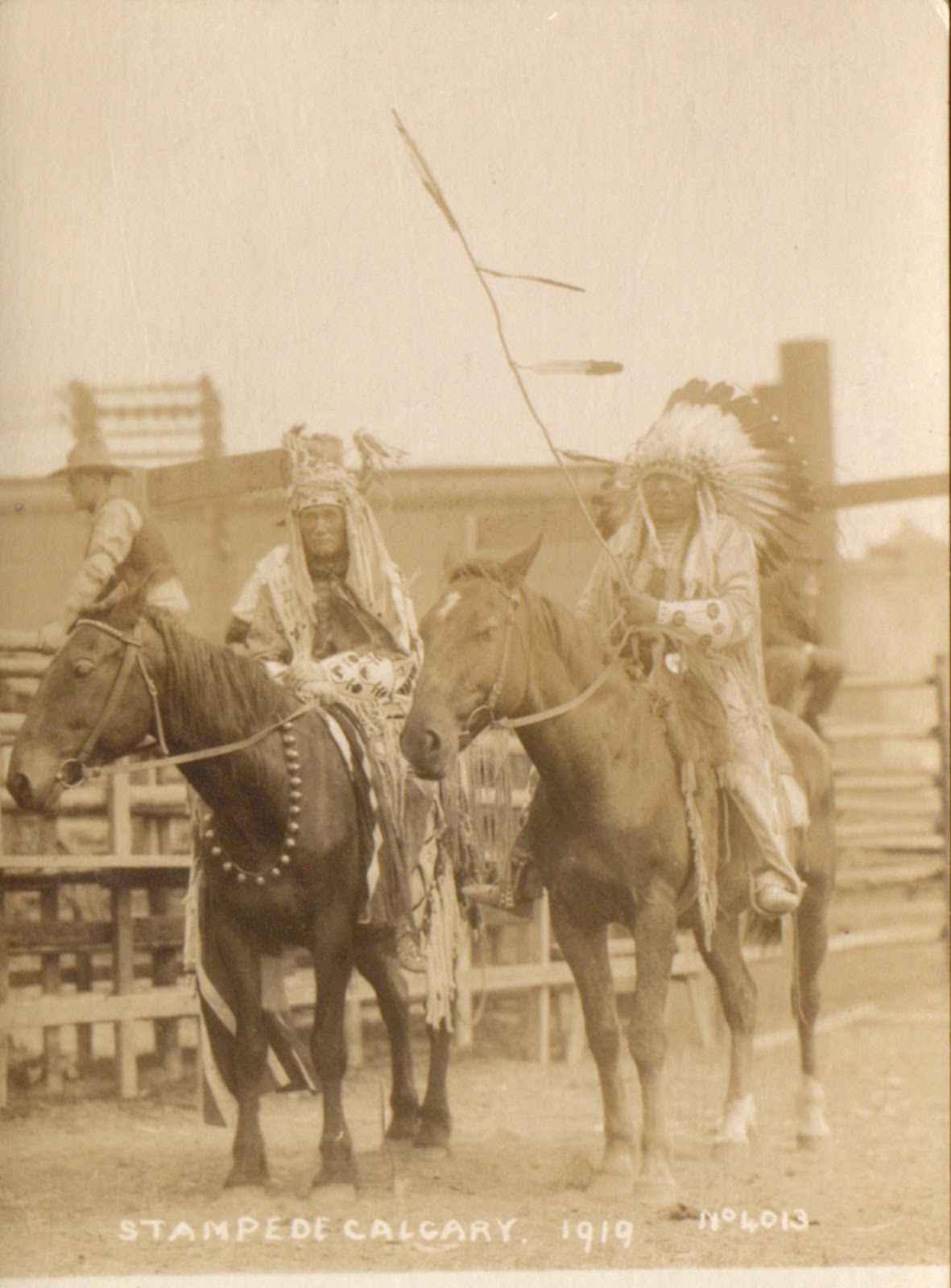 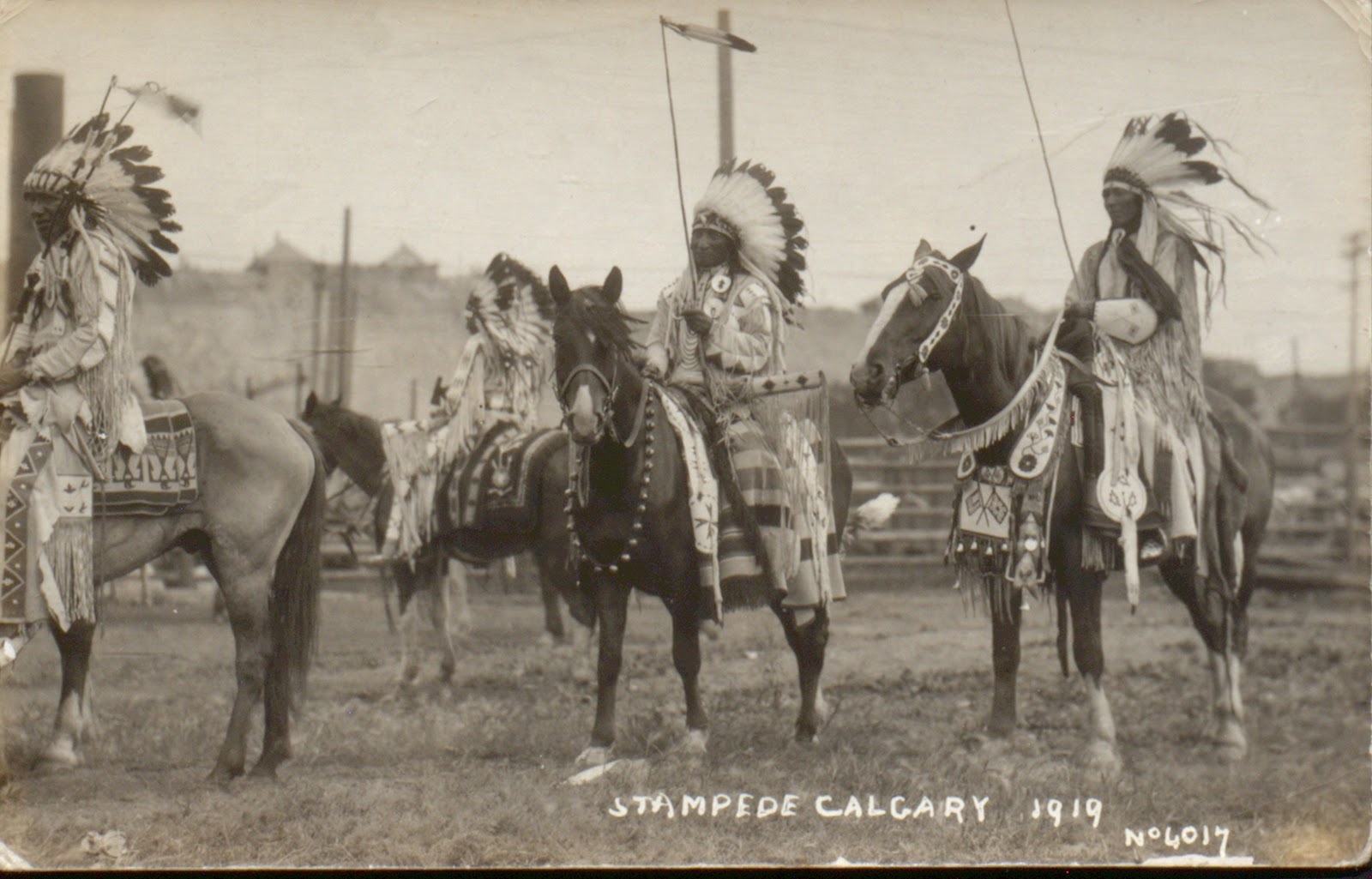 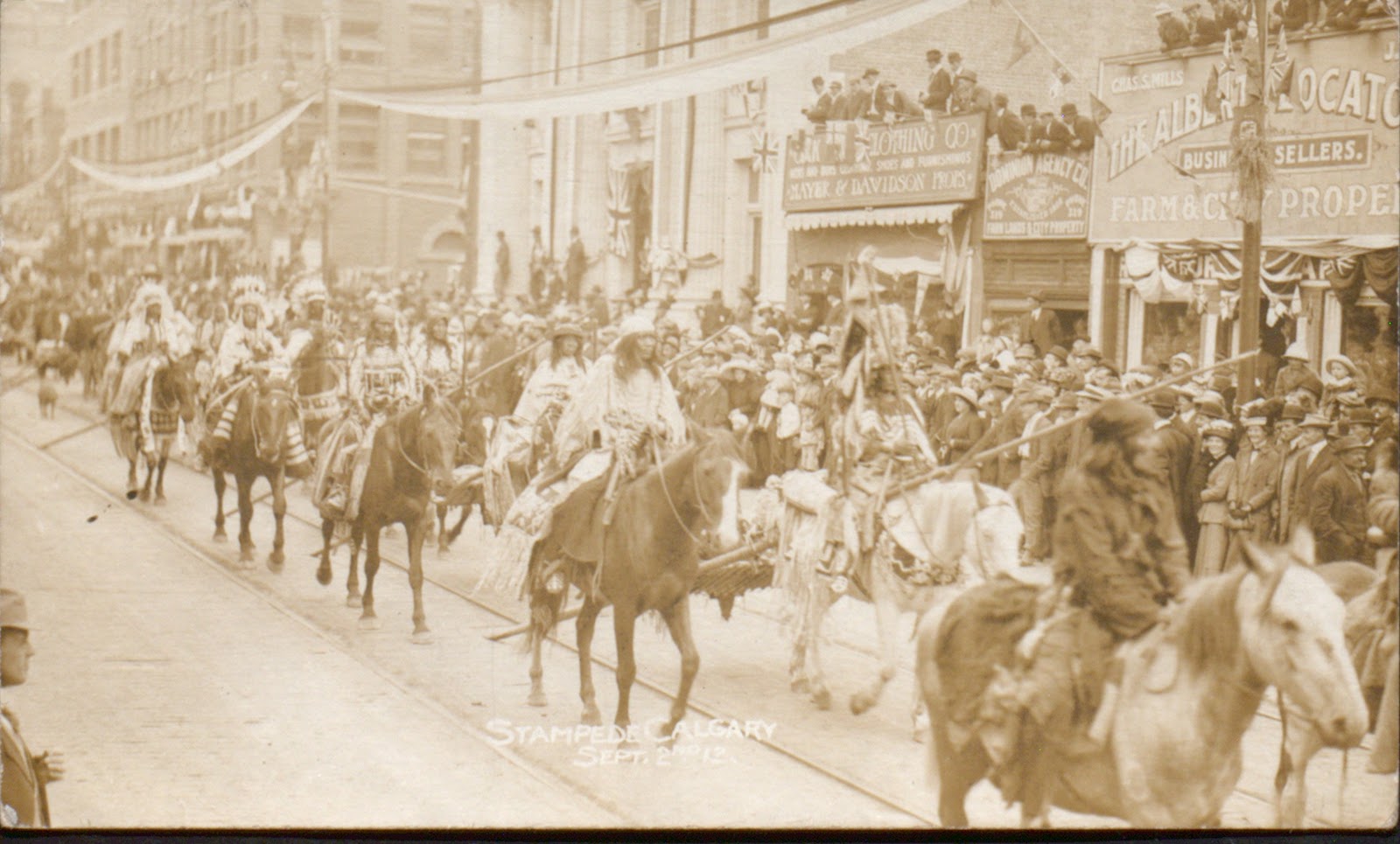 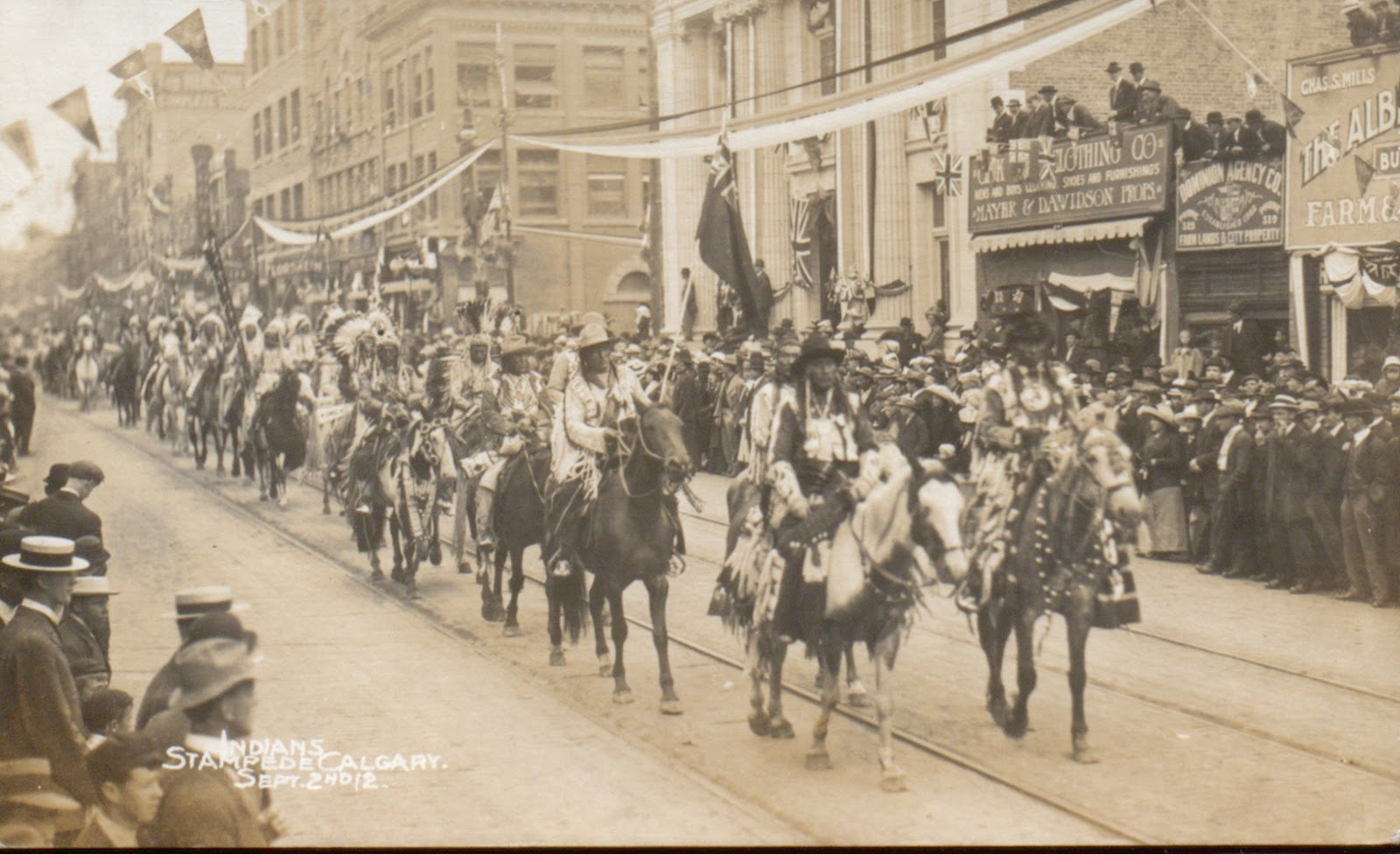 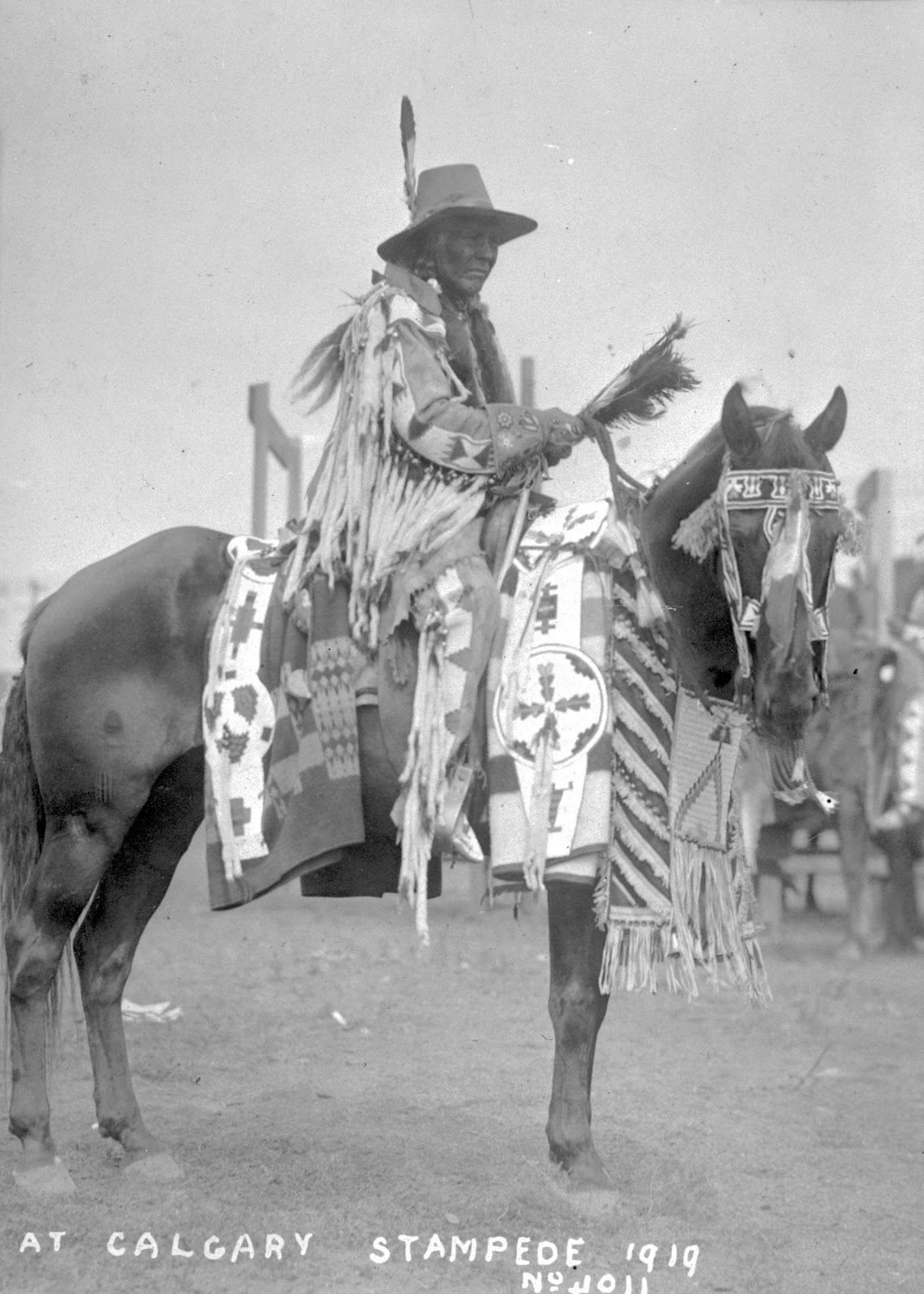 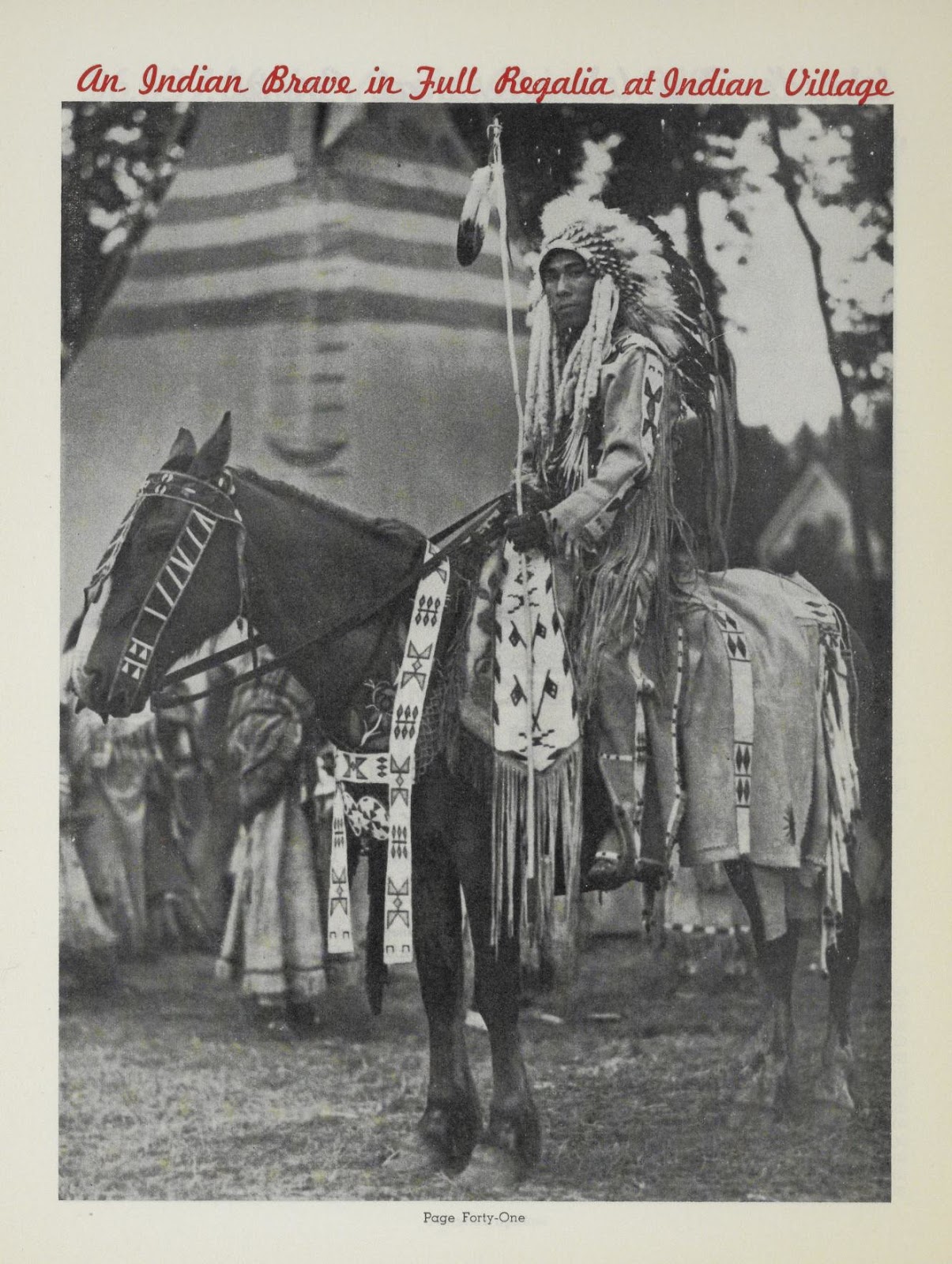 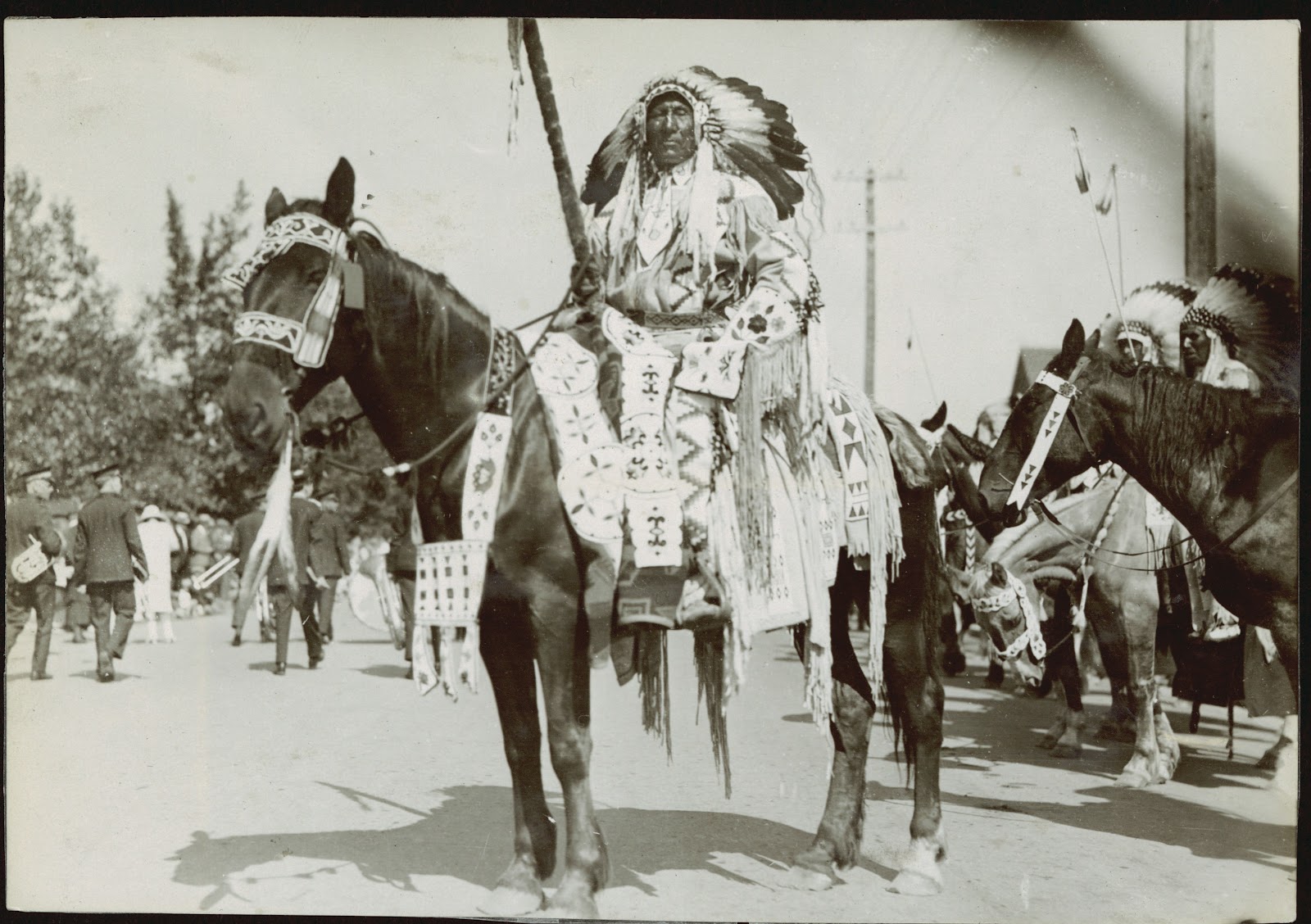 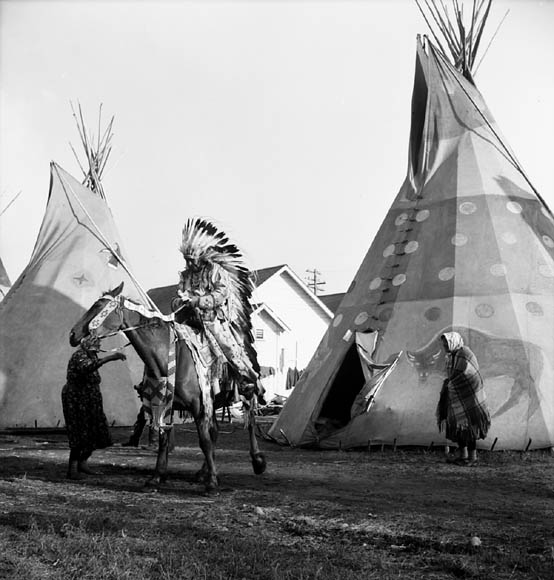 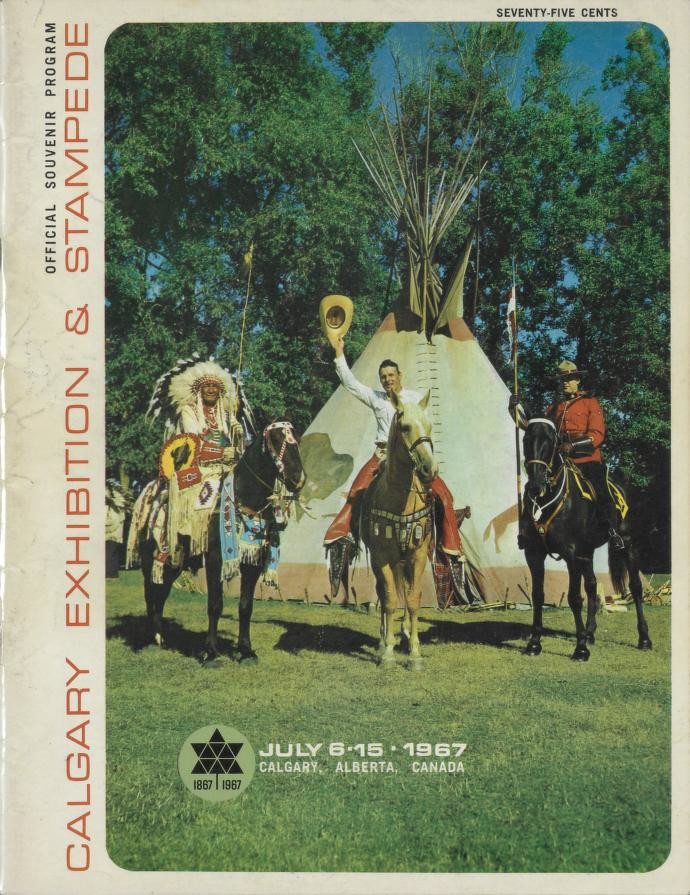 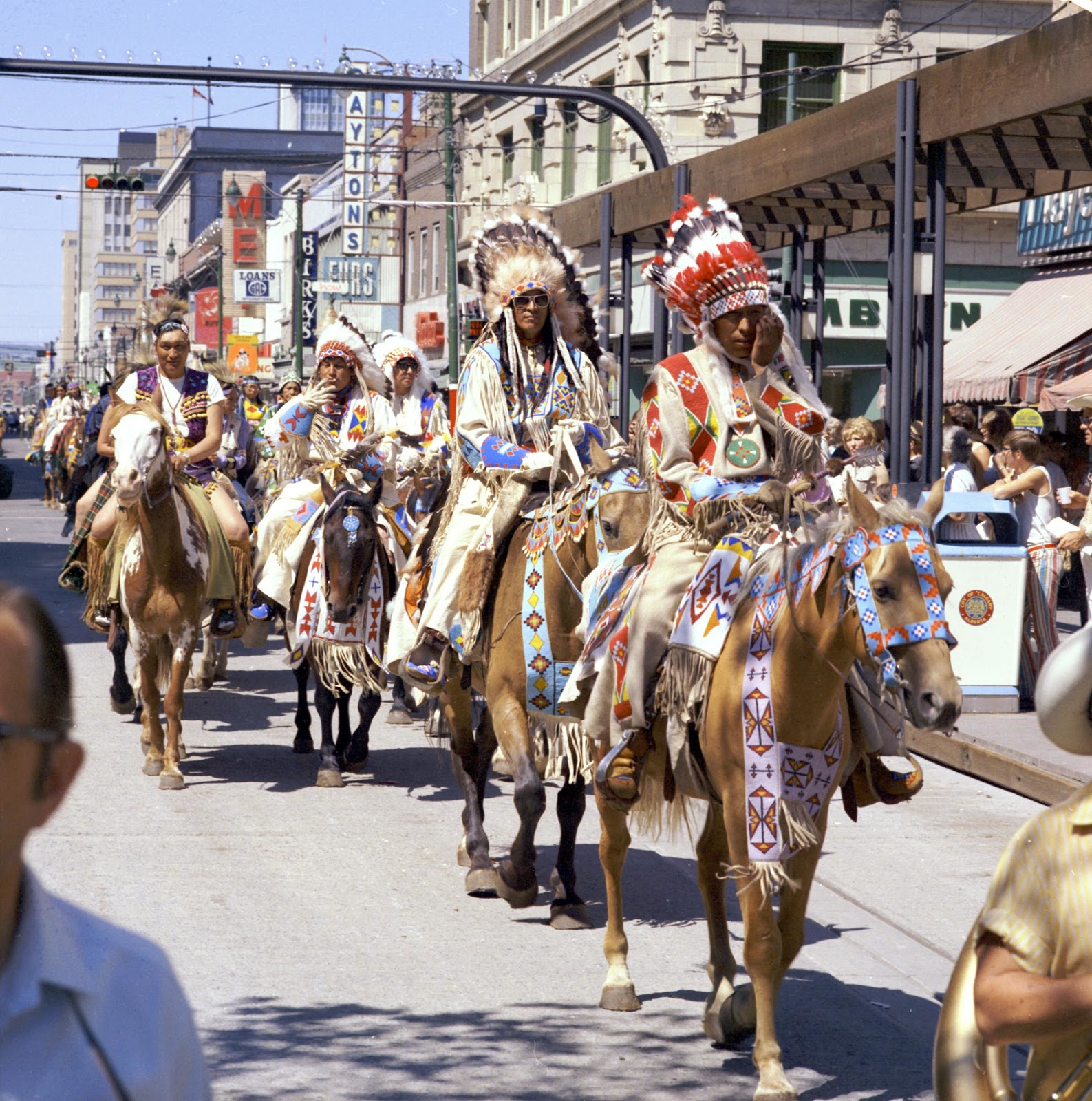 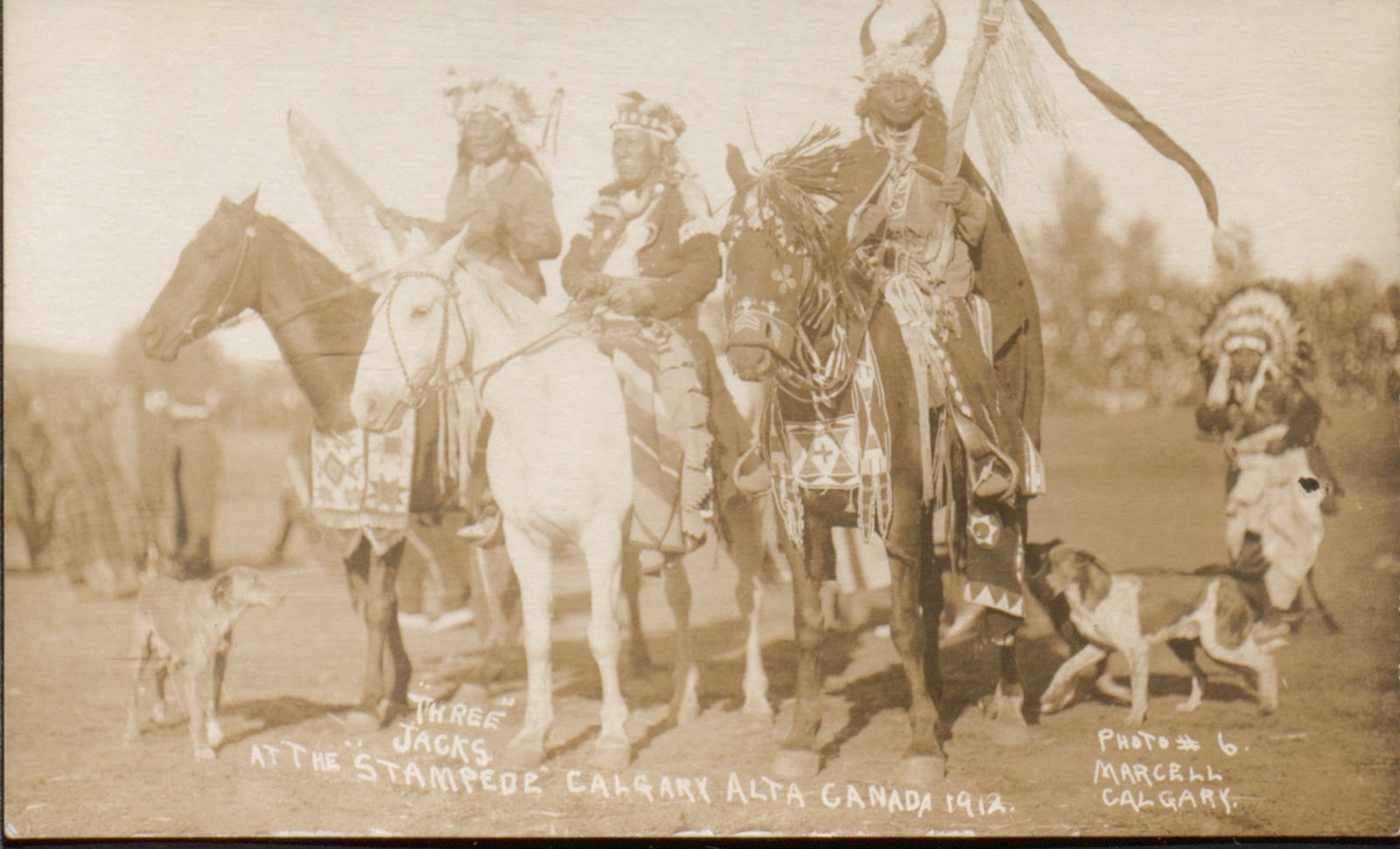