Salve,
I just saw this preview on youtube - u la la...
I have seen a number of Russian films on the Kievan Rus and the Mongols, including the animated Knyaz Vladimir.
I enjoyed the Russian version of the Chinggis Khan story (after the Secret History of the Mongols) and  the movie The Horde, thus it appears that  this movie Легенда о Коловрате (The Legend of Kolovrat)  is looking like an awesome adventure for many an armchair warrior  and film aficionado - :) . 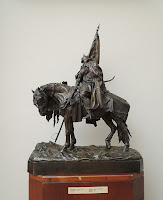 The story came down to us from the old Ruthenian epic titled Повесть о разорении Рязани Батыем (The Tale of the Destruction of Riazan). 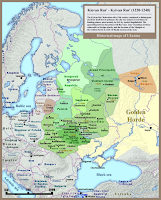 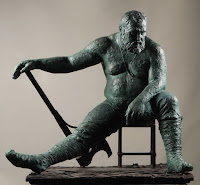 The storyline is more or less about a desperate revenge raid led by the Riazan warlord Evpaty Kolovrat, a Rus bogatyr/vityaz, who went after Batu Khan, of the Golden Horde, and his army. The culminating point or the climax of this story was the duel between Kolovrat and a Mongol champion, Khostovrul, whom Kolovrat killed but the Rus champion was also killed later on. But his heroic death led to Batu recognizing his valor and bravery, and thus making his memory persist and spirit survive amongst the conquered Rus.

I came across this very interesting blog - the art and mind of DBC, or Artwork and musing by David Blane Clemons https://dbclemons.wordpress.com/

I wrote a review myself.