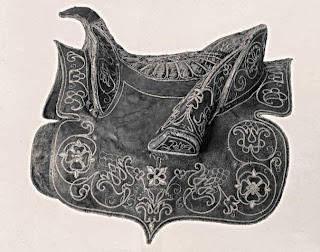 Salve,
some time ago one of my Facebook  friends from Ukraine posted an image of a saddle that is in fact in possession of the Swedish museum of Livrustkammaren.
This saddle is quite unusual in many aspects.

It is described as dating back to the beginnings of 1600s, but it was owned by Swedish king Karl X Gustav, who lived between 1622 to 1660 AD. Perhaps it was one of the captured saddles, the war booty, in Poland during the infamous pillage of the Respublica during the war called aptly the Deluge.

It is a bit unusual in the sense of its appearance (perhaps doing an x-ray would solve most of the construction question) -
that is the saddle's general outlook, embroidery, and saddle horn seem indicate the Polish winged hussar saddle type, but then there  are the long rolls ( thighs support ) & the seat itself seems rather highly stuffed when compared with the some of Polish saddles in the collection. 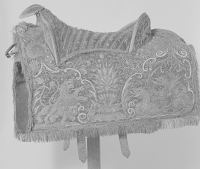 The saddle below, however, is the most unusual (almost looks like a late XV- early XVI century converted to a more fashionable XVII century use) and also is thought to have come from Poland, but is dated to AD 1605. 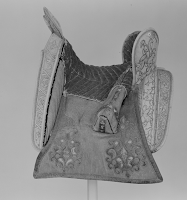 So perhaps the Karl X Gustav saddle represents a hybrid saddle, a fusion of Western, Polish and Turkish & Tatar influences?

There is another curious saddle and this later one, also interesting saddle from the times of Karl XI.
Some XVII century cinches from the museum's collection 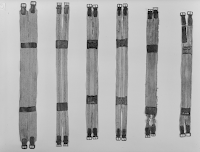