Salve,
I have always liked drawings and etchings by Mariano José María Bernardo Fortuny y Marsal, but now we can  admire some of his paintings via Wikimedia Commons, eg paintings.
I prefer the works connected to the Orientalism genre so potent in the European art during the XIX century, and so they are attached below.
The battle of Tetuan is his most monumental work 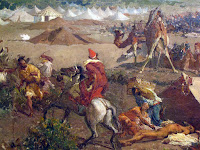 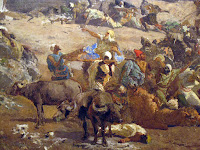 another being the battle of Wad-Rass

however, I also like these other works done later, after don Mariano's voyage to Morocco during the Spanish-Moroccan war 1859-60, and just great. 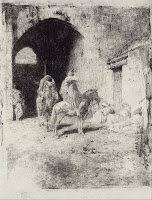