Salve,
nice weather outside so a quick set of horse images from the XVI century. Ottoman Empire stretched then from North Africa to Persia,  from the plains of Hungary to Arabian Peninsula, and many types of horses (Italian 'razza' or race as the concept of a breed was then introduced  by the Italians) were bred within these ancient horse breeding lands.
These images were drawn by Johannes Stradanus, a painter from the Spanish Flanders, and then engraved - some by a Flemish master Adriaen Collaert and others by a Dutch artist Hieronymus Wierix, and  published by  Philip Galle. 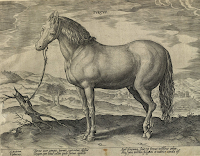 They come from a set of prints titled 'Equile Ioannis austriaci' and published in a book form in Antwerp in 1578. They are supposedly the horses from the stable of Don Juan of Austria, bastard son of Carlos V, military commander and the governor of Flanders. A set from the British Museum, nota bene an image of a pacing horse, then a set from Spanish Biblioteca Nacional - Biblioteca Digital Hispanica. 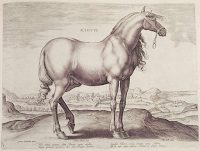 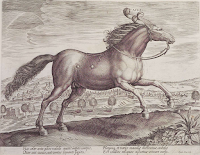 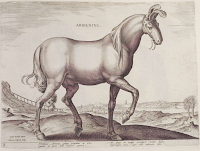 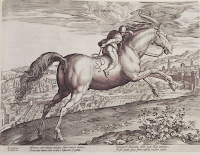 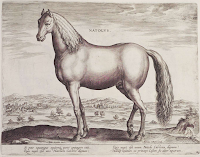 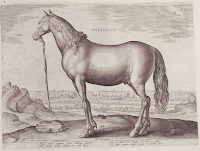 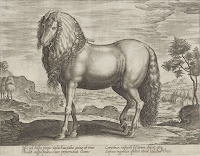