salve,
from time to time I write about artists who have drawn and painted horses amongst their creations, and today I would like to add a new name to this list, namely a Frenchman, monsieur  Jacques Marie Gaston Onfroy de Bréville known under his nom de 'guerre' as JOB. Monsieur JOB worked during the so called Golden Age of Book Illustration and as you can see created lots of historically diverse subjects, from ancient to contemporary to his time, his art was dedicated to French history and glory.

I collected below some of his works where equine companion to the cavaliers and travellers or soldiers figures prominently. Most of them are of Napoleonic Age - and display the horses of Napoleon Ier, Empereur des François, Roi d'Italie . (link points to Conservapedia,  described on Wikipedia and as one can see they are  adversaries of sorts).
Napoleon Ier 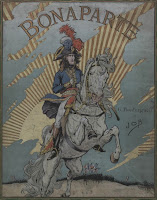 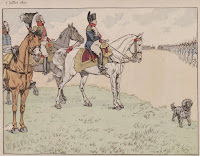 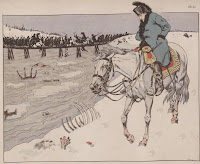 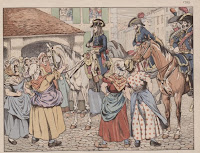 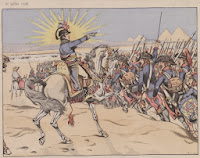 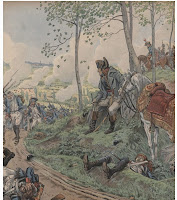 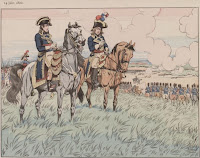 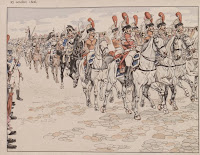 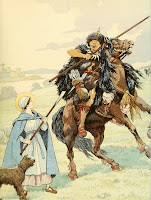 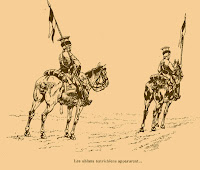 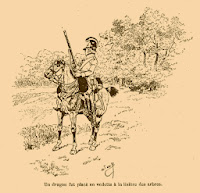 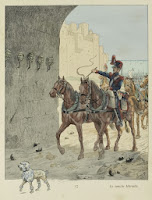 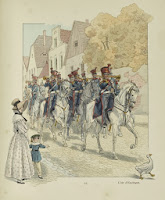 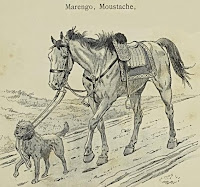 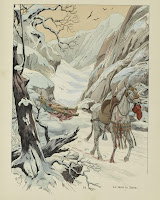 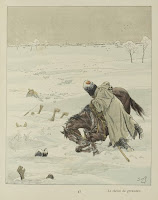 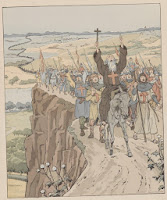 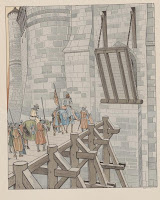 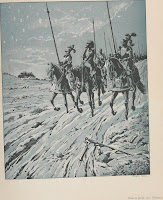 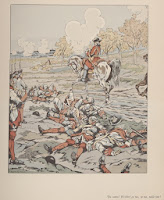 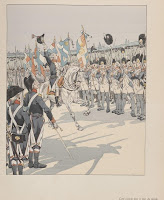 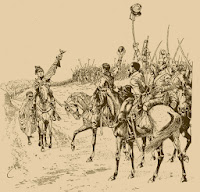 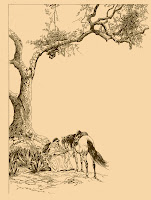 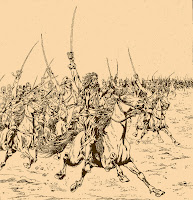 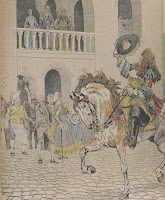 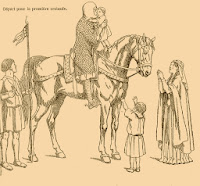 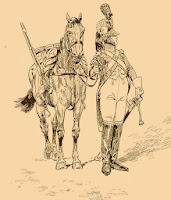