Salve,
continuing from subject of saddles shown in the Swedish Certamen Equestre -
today my choice of Ottoman Turkish (and they are also Crimean Tatar, although not named in the collection) saddles from the engravings - then, prior to 1683, the greatest empire in western Eurasia, the centre for ancient horse cultures of Antiquity and Eurasian nomadic traditions. The empire's heyday was XVI century epitomised by the great sultan Suleiman, when empire's splendours, military, arts and generally culture flourished. The miniatures from mid XVI century show this clearly:

Below sultan or padishah Osman II, on horseback, he died over his failure to conquer Poland at Khotyn 1621, and whose  horse furniture can be used as a example  of calculated and dazzling beauty of their horse tack and ... fine skills of the Ottoman painters. 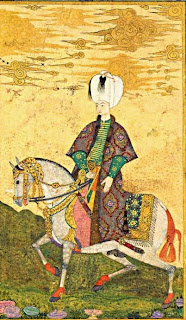 King Charles XI's Certamen Equestre took place during the reign of the sultan Mehmed IV, who saw revival of Ottoman might and then a collapse, following the defeat at Vienna et al., perhaps beginning of the end of Ottoman empire.

The saddles - nota bene you can see how much Polish saddles were influenced by the Ottoman and Crimean Tatar traditions - of jarczak type and lancer war saddle type. 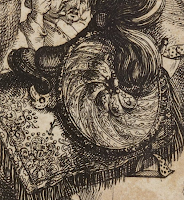 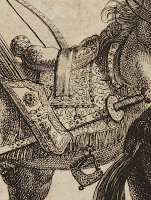 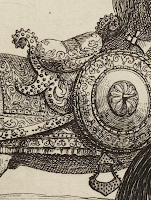 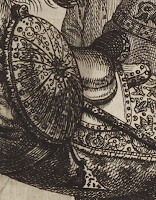 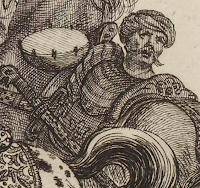 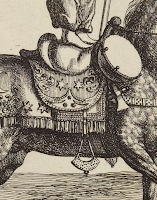 ps
next the Western European saddles from the same collection.