Lion of the North and his Horses - Unknown Grey from Ingolstadt

Salve,
King Gustavus Adolphus died at Lutzen, untimely and bravely, perhaps also due to the fact that he had been wounded in his shoulder during his invasion of Kingdom of Poland, and the wound prevented him from wearing any armour. as we already know the injuries he sustained on the fields of Lutzen could have been prevented had he been wearing pistol-proofed cuirassier armour and perhaps he could have ridden to safety away from the Piccolommini cuirassiers.

But at the moment I will bring your attention to the Spring of 1632AD, so we can move directly to the first of two horses of Gustavus II Adolphus.
King made an attempt to take the Imperial City of  Ingolstadt   after the victorious battle of Rain (River Lech) in April 1632AD. Perhaps he wanted to capture this city since his enemy commander was there, de Tilly. They say that when wounded de Tilly, shot during the battle of Rain, was wasting away and actually dying from gangrene in the besieged city, the King sent his own doctor to attend to the wounded enemy. De Tilly is supposed to have said to the physician: "Your king is truly a noble knight." Chivalry was still alive then :)

The City Museum of  Ingolstadt has a delightful, at least to us afficionados of the history of horsemanship and horses & humans, memento of this siege.
Gustavus II Adolphus was scouting the siege and looking for clues how to attack i better, and got to close to the bastion when a cannon named  'Fig' was fired and the King came within its range.
At this time Gustavus was riding this grey stallion (?)*, his name unknown to me, and the poor war charger was shot and killed from underneath the king in last days of April of 1632. King himself was to get away from this experience with bruises and perhaps some scratches.

The Swedish army withdrew and the carcass of King's horse was  laying abandoned where the horse died, hence left to the crows and vultures.
*By the way on this portrait the Kings is riding a grey charger, perhaps based on recollections of some of his companions of war and camp.


Yet someone from the city must have remembered the dead horse as the King's charger and this fallen grey was removed from the field into the city. perhaps as fist display of triumph and joy the Ingolstadters must have felt having withstood the siege by the Lion of the North.
The City council in turn perhaps warmed to the idea of having this trophy and in their happiness they had it preserved, by skinning and stuffing this horse by a taxidermist, thus saving it for posterity, which we should be most grateful for :) 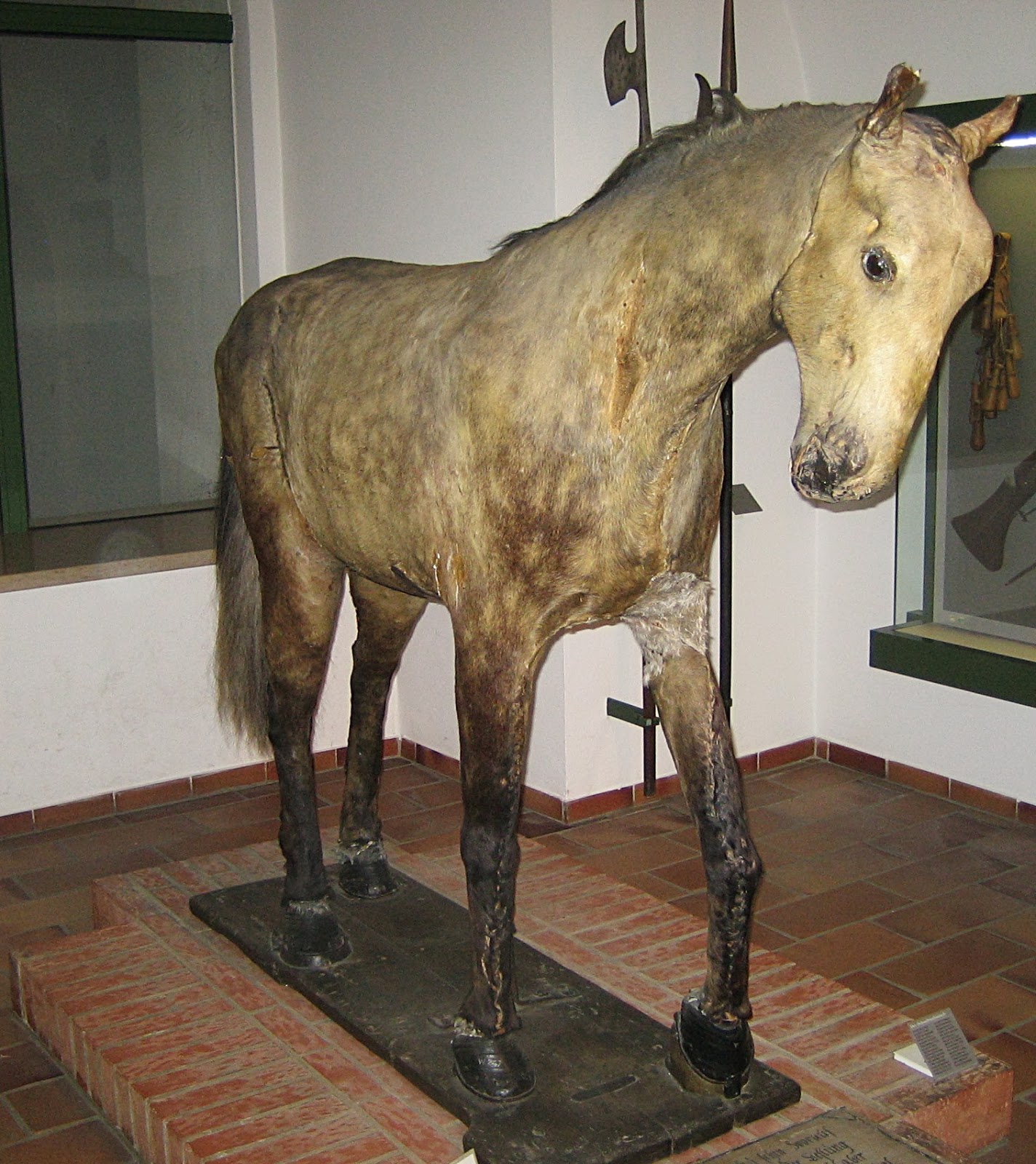 supposedly another of Gustavus' saddles 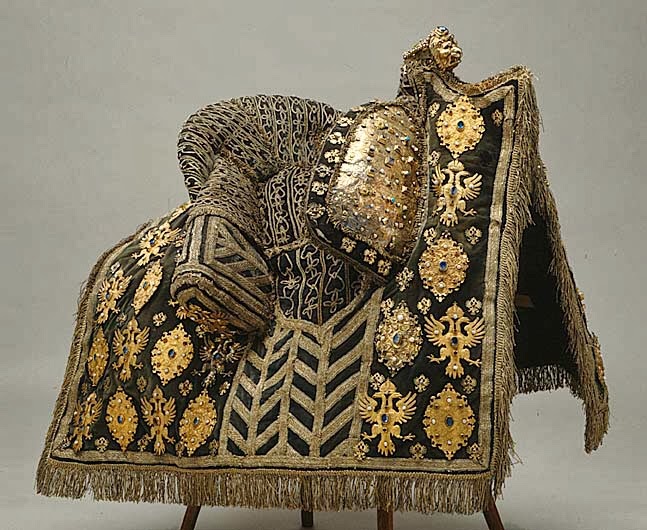 Below, a saddle that  supposedly belonged to Axel Oxendstierna 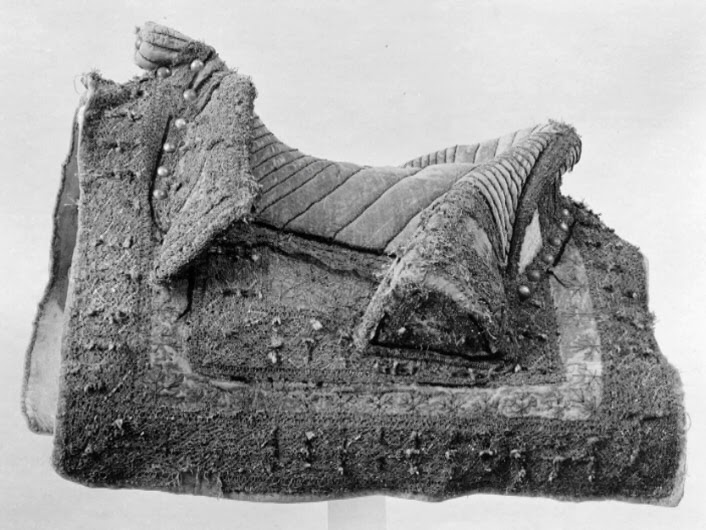 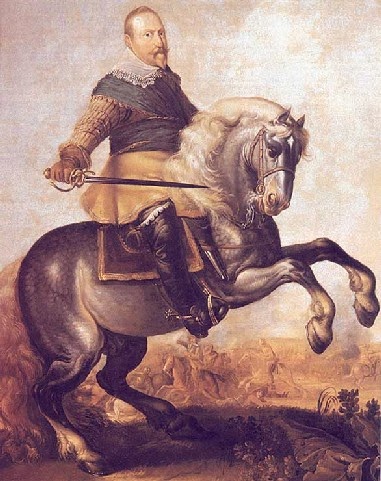 *By the way on this portrait the Kings is riding a grey charger, perhaps based on recollections of some of his companions of war and camp.
Posted by Dario T. W. at Wednesday, January 08, 2014