some equine-related fine art  from Dutch painter and etcher from Haarlem Pieter van Laer (a while back I wrote about him)  , who spent most of 1630s in Italy, and whose  sketches  probably were used later on by Philips Wouwerman, when he painted his Italianate canvass. Master Wouwerman was greatly influenced by Pieter's work - says National Gallery of Art  in Washington. 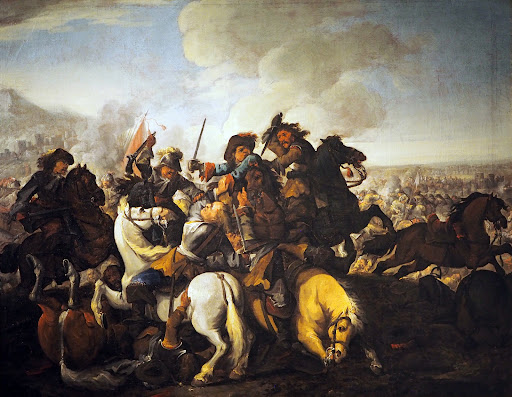 detail of his painting Rest duriing the hunt - 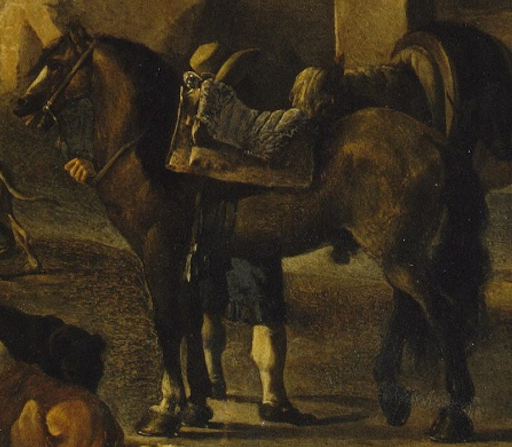 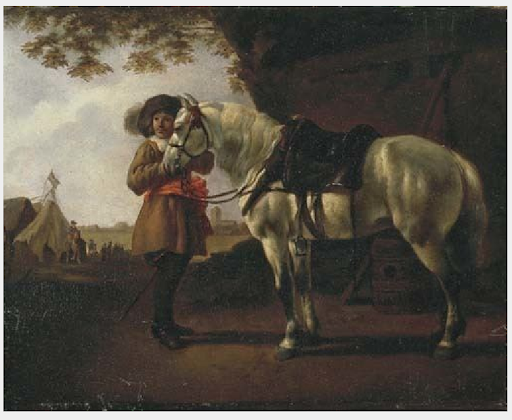 Now, in this painting - at Christies - attributed to a follower of van Laer there is a figure or red clad rider with a fur  hat,  on the right  next to a waterfountain, who appears dress in a Polish zupan? 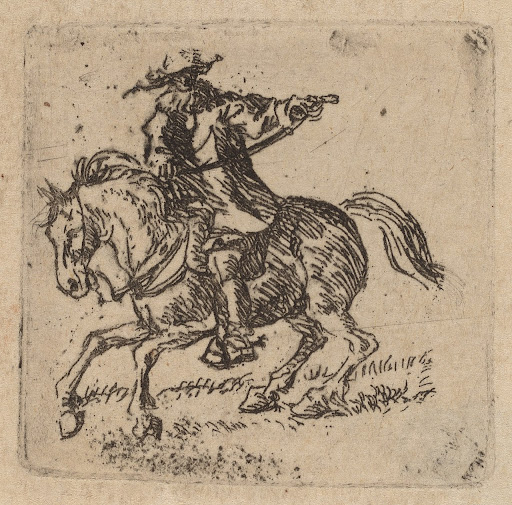 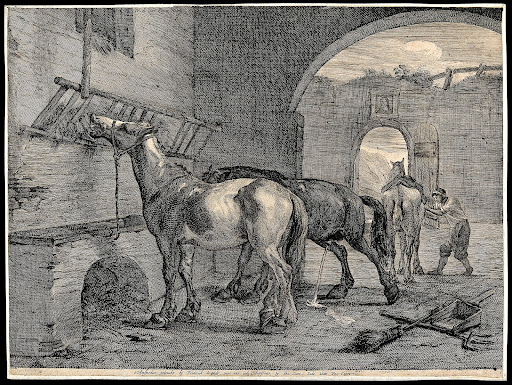 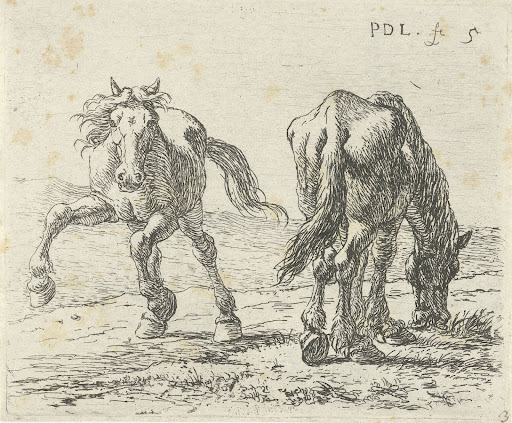 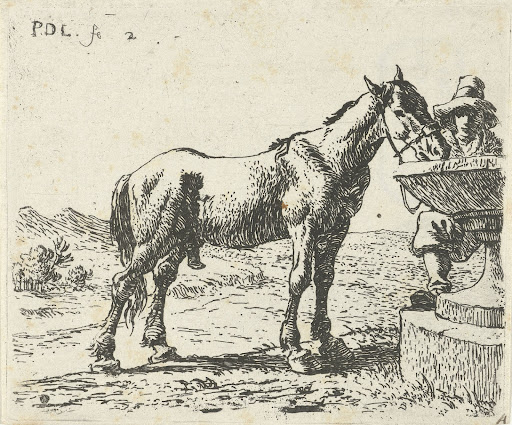 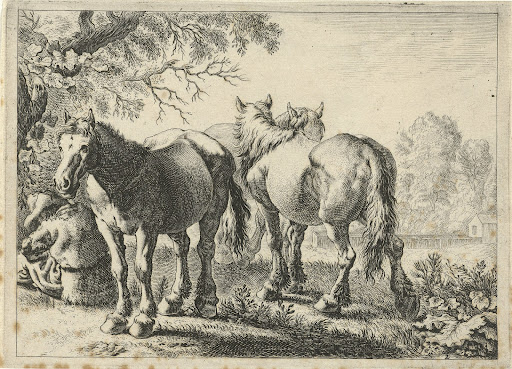 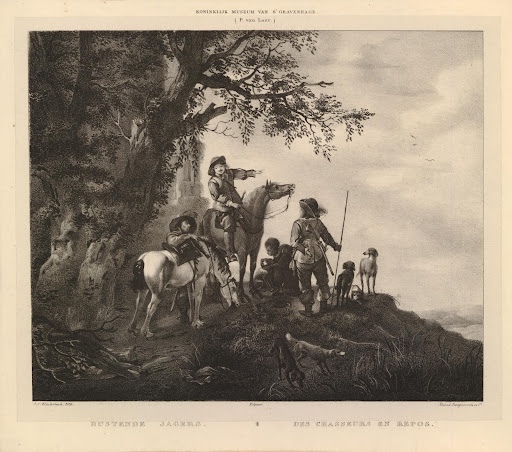 all from WIki commons