Corbulo in Holland aka Netherlands and his Eastern Campaigns 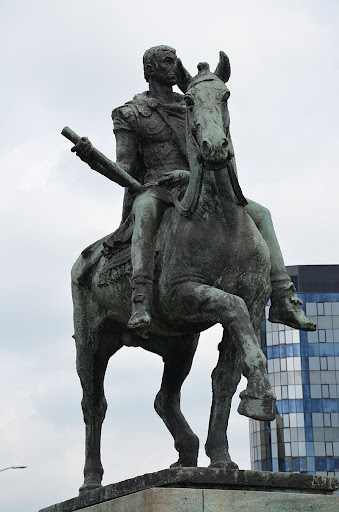 I would like to bring to your attention  an equestrian sculpture of the once famous ancient Roman general popularly known as Corbulo (Gnaeus Domitius Corbulo), who has been commemorated in Holland alias Netherlands with this monument that has combined modern representational art and ancient Roman equestrian statue tradition. The occasion for the construction of this monument at Voorburg was of the particular historic event, i.e., the construction of a canal - Fossa Corbulonis -  between the rivers  Rhine and Meuse by Corbulo's legionaries. Albert Termote was the author of this equestrian masterpiece.

In the ancient history, especially in the Tacitus' Annales  our canal builder and quite successful Roman general Corbulo is famous for his role in the War in the East 58-63AD  or the rivalry between Nero's Empire and the Parthian Great King(s) for supremacy in Armenia - nota bene this rivalry is well described in the article prof. Edward Dabrowa -  via academia.edu.
You can easily access researcher dr Leonardo Gregoratti's article tittled Corbulo versus Vologases: A Geme of Chess for Armenia. 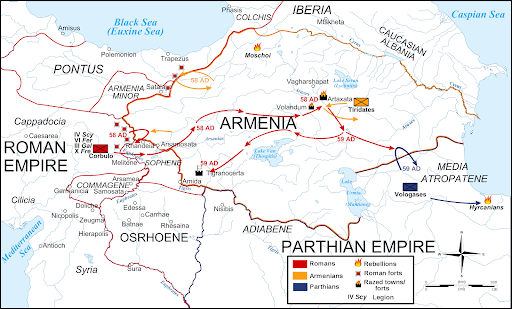 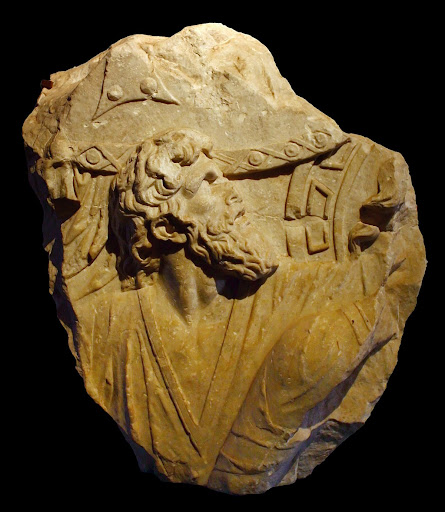 Via Jstor you could get more but older scholarship - Corbulo's Campaigns in the East: An Analysis of Tacitus' Account
Tacitus, Domitius Corbulo and Traianus' Bellum Parthicum