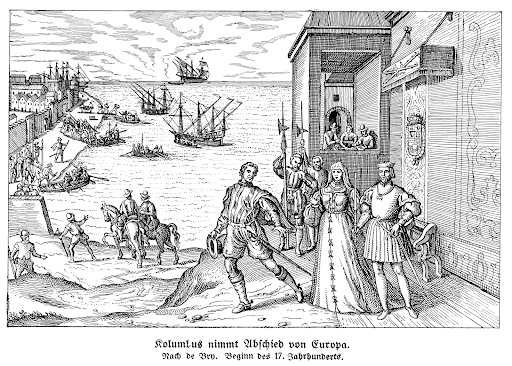 today is the actual day admiral Cristobal Colon (Columbus) and his armada reached Bahamas, and on the 28th they reached Cuba. Acting on behalf of Isabel of Castilla and her husband Fernando II of Aragon, the Spanish admiral brought his small fleet to the New World and the rest is history, including the history of the horse of the Americas.

Whereas it is immaterial whether he was Genovese (native of Genoa, Italy - nota bene the Republic had been one of the principal slavers in the Black Sea and Mediterranean Sea regions, dealing mostly in Slavic and other Christian slaves sold onto the Spanish and South Italian markets ) or Spanish, or Portuguese; it is very interesting that with his voyages begins the history of Eurasian and North African horses in the Americas. 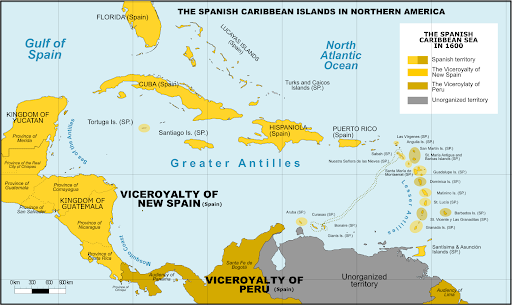 In order to add some illustrations I am using some of the Theodor  de Bry's works of the much later period (and this prolific printmaker had been instrumental in the illustrating and spreading of the so called Spanish Black Legend or la Leyenda Negra, including Las Casas' accounts and pamphlets etc). What many might have omitted in their story of the horse in the Americas is that those three beautiful Caribbean island - Cuba, Jamaica, and Santo Domingo homes to the Taino Indians were the primary horse breeding centers for the conquista of the Americas during the very  late  XV and first half of the XVI centuries.  I am not sure whether Puerto Rico was part of this breeding program at that time? 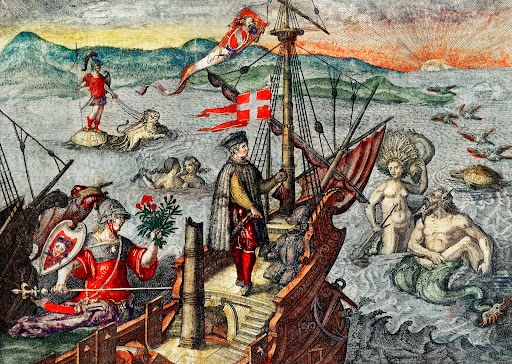