Salvete Omnes,
a common saying goes: ''beauty is in the eye of the beholder,''  - but I rather subscribe to the views expressed by Roger Scruton in his works and talks on Beuaty.
Hence I am pleased to share with you  these two objects from the Waza (Vasa) kings period in Polish history, mostly because they are unusual and beautiful at the same time, methinks - :)  Note that these two represent what must have been a vast number of the sumptuous art objects made for the elites of Polish-Lithuanian Commonwealth.
First, the unusual one -  it is a beautiful Persian carpet!

this carpet comes from the time of king Zygmunt III Vasa reign, when Polish rulers were looking to find allies against the Ottoman menace to Polish lands and interests, and the carpet is associated with the unusual expedition of His Royal Majesty faithful servant, merchant and traveler Sefer (Seweryn) Muratowicz to shah Abbas I of Safavid Persia .

Pan Sefer, being a private diplomatic envoy of our king,   during his trip to the courts of shah Abbas in 1601-1602 commissioned this rug in the imperial workshop.
Sefer Muratowicz' voyage to shah Abbas I is described in a document, so called 'Relacyja,' and you can read Michal Polczynski (from Georgetown University) fine article here.
The article also includes the translation of the Relacyja and many interesting details, icluding the list of obejcts brought from Iran: 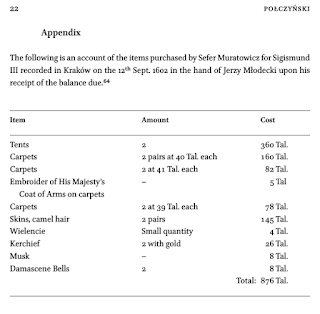 Official Persian embassy visited Polish-Lithuanina Commonwealth in 1605, and some of its members are depicted on the Stockholm Roll, painted for the Royal Castle in Warsaw (completely destroyed by the Germans 1939-45 and rebuilt mostly during the post-war Polish Peoples Republic).

It is our Polish eagle made out of gold, pearls, precious and semit precious stones, commissioned circa AD 1638, it was commissioned by our second king of Waza family, Władysław IV.
Created out of enameled gold, hessonite garnet, 149 rubies, emeralds, pearls.
King gave this jewel, along with other gifts, to his much beloved  Cecilia Renata of Austria, note that the king and queen had a son, Zygmunt Kazimierz, a boy of great expectations and greatly beloved, but he passed away to the bottomless sorrow of the whole kingdom and his grieving father. 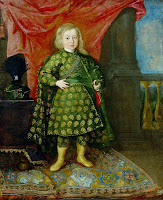 The jewel, being part of the treasure owned by our next king from the Waza family  Jan II Kazimierz (John II Casimir) shared his royal owner's fate. The king,  upon abdicating our Polish throne, took his private treasure and possessions and moved to live in France under Louis XIV. There the jewel was transferred to Louis XIV in 1673 and has been in the French possession ever since, housed at the Louvre Museum in Paris. 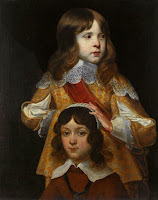 Note that Jan II Kazimierz had a son, Jan Zygmunt, with his French wife but he died in infancy, but had a nephew Wladyslaw Konstanty 'Snopkowski' also known as count Wasenau/Vazenault or Vasenok, who was his brother Wladyslaw IV's son by his beautiful mistress  Jadwiszka Łuszczkowska from city of Lwow.
Wladyslaw Konstanty was even named in part of the deposed king's last will and testament, among others he was to get 30,000 gold livres, but in fact he did receive less than 900 livres from his uncle's estate, thanks to duke de Conde's cordiality and good nature,  Louis XIV took the rest.  The last Polish Waza went to queen Kristina living in Rome, and there he died in 1698.
Posted by Dario T. W. at Friday, March 23, 2018