Salvete Omnes,
yesterday I linked a photo album from PAU, today I found out that there is another version of this album from Polona (both part of Polish digital libraries or  FBC).
Looking at both scans I noticed I omitted 3 figures on the left of the royal eagle. 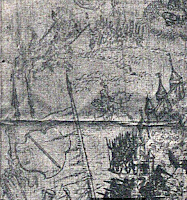 His Royal Majesty Sigismund III, grandson of Sigismund I Jagiellon. The first Sigismund lost the city of Smolensk, and a 100 years later his grandson recovered it. He was a good king, just too bad he did not annex the bastardly Ducal Prussia, the sum of Polish sorrows in centuries to come.

a rider with wings and two other riders, also a Polish infantry soldier 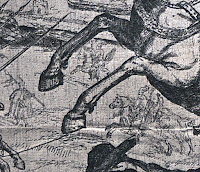 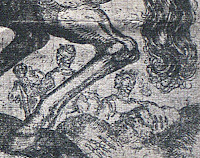 nota bene for the first time I had seen this print in a publication titled Lisowczycy (The Lisowski Cossacks) by Henryk Wisner (by Bellona Publishing House) many years ago, then in a book on the Polish early modern equestrian portrait from 1986 edition  . Never in this detail
enjoy
Posted by Dario T. W. at Saturday, March 10, 2018