Salvete omnes,
I love monumental sculpture, especially when it contains horses and /or horsemen.
Long time ago I visited Baltimore and among the places where we walked was the area of the J. Hopkins University and Wyman Park (no mention of it in the Wyman Park Wikipedia page)  where there are two very interesting monuments
- Union Soldiers and Sailors Monument
- Stonewall Jackson and Robert E. Lee Monument
The two Southern rebel (Confederate United States) generals monument is a great equine sculpture, powerful and full of emotions.
But it carries more than the beauty, for its symbolism and uncertain fate is part of the hot and divisive quarrel about the place of the monuments to the Civil War in the current American society and culture.
The city wants to remove this monument, along with 3 more monuments including the monument to the US Supreme Court chief judge who authored then famous or nowadays infamous case of Scott vs Sanford of 1855.
While I do not like the idea of the removal of these monuments, especially the beautiful Jackson & Lee, it is the way democracy works, without any regard towards history or beauty, whatever it useful to the politicians at the moment.
Some articles and voices supporting the idea here, here , here and here. Including here is the piece authored by the historian[sic!] of the official proposal to remove Jackson & Lee monument. 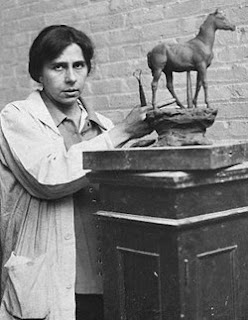 Ad rem, the sculptor of this fine monument was a woman named Laura Gardin, who married the famous sculptor James Earl Fraser, hence she is known as Laura Gardin Fraser. (interestingly the Wiki Commons page about the artist does not show any photos of her Jackson & Lee monument). 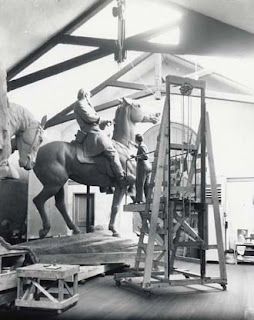 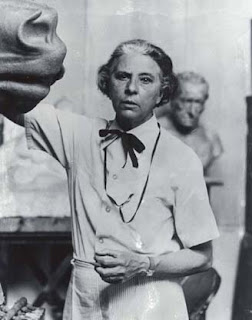 Nota bene, their studio in Westport, Connecticut, where they both had worked since the early XX century, when they died without heirs was demolished and many sculptures and casts there were destroyed, in the true American fashion of total disregard of history and beauty. 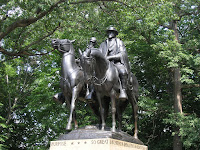 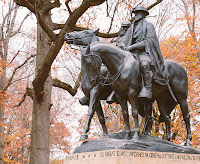 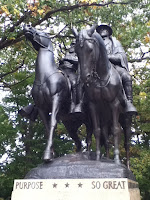 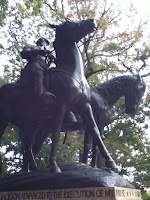 A short article about the monument by Scott L. Mingus, with photos. Scott also put his 2 cents about the issue of the monuments removal.

A piece by James LaFond against the removal, with many insights into the Baltimore politics. (interview with LaFond about living in a failed modern city, could be pretty scary to most)
enjoy
Posted by Dario T. W. at Sunday, July 09, 2017

http://topdocumentaryfilms.com/why-beauty-matters/ - from the description: 'Philosopher Roger Scruton presents a provocative essay on the importance of beauty in the arts and in our lives.

In the 20th century, Scruton argues, art, architecture and music turned their backs on beauty, making a cult of ugliness and leading us into a spiritual desert.

Using the thoughts of philosophers from Plato to Kant, and by talking to artists Michael Craig-Martin and Alexander Stoddart, Scruton analyses where art went wrong and presents his own impassioned case for restoring beauty to its traditional position at the center of our civilization.''