Salvete Omnes,
in the wake of the battle of Zadworze, with the fighting far away,  the city of Lwow  officials organized the much celebrated  funeral of the 7 heroes fallen at Zadworze (see names in my previous post) - September 18, 1920. 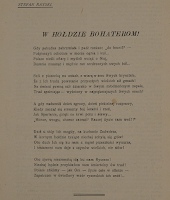 There are surviving photos by the local photographer Marek Munz (1872-1937) -
These images not only show the 'pompa funebris' of the official state funerary celebration, but also the equipment, uniforms, horses , horse tack with the American McClellan saddles etc as they were used by the Polish soldiers during the war of 1919-20. McClelland saddles appear to have been modified by the Poles, with saddle skirts extending below the bars of the saddletrees. apparently no saddlebags, as there was no need for them in this funerary arrangement.

Perhaps you may find them interesting, especially since they are very detailed and of good quality 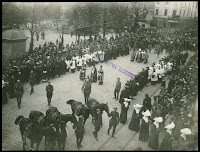 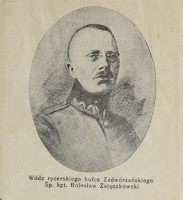 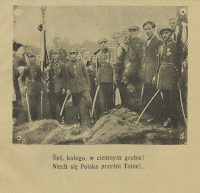 Nota bene for her citizens's  stance during the war and Bolshevik invasion  the city of Lwow was awarded the Virtuti Militari Silver Cross and the title Semper Fidelis in November 1920. 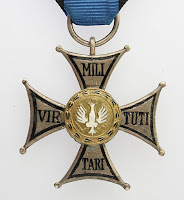