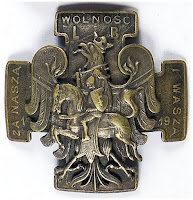 from Marcin Bielski Polish Chronicle circa 1540 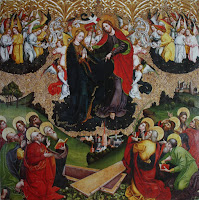 Today, on this fine day of  the Feast of Assumption in the Third Polish Republic (Respublica Poloniae, Rzeczpospolita Polska)  the  Polish Armed Forces celebrate their holiday, commemorating more than 1000 years of Polish warriors, knights and soldiers service in the defense of the Polish people, tradition and culture. 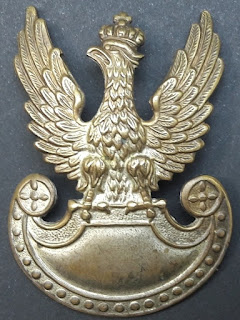 so naturally I am cheering the 1000 years of Polish Soldiers history and service, and pray to Our Holy Mather, Queen of Poland, for another 1000 years of Polish Army proud and victorious service to the Polish people, hopefully in the brotherly alliance with the United States and US Armed Forces..
vivat! 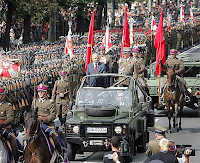 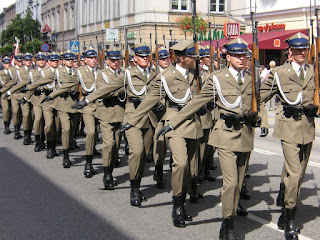 Due to the 'covidpandemia' and many fears and loathing within the Polish government's decision makers, there will be no Polish Army parade this year,  but today the current Polish President, escorted by the elements of the Polish Army Guard Regiment, 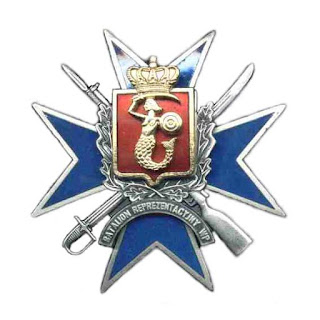 accompanied by the US Secretary of State  Mike Pompeo ( and other foreign and domestic officials) paid homage at the famous Unknown Soldier Tomb in Warsaw, where traditionally there will be very festive change of military guard that day and night stands at the Tomb. 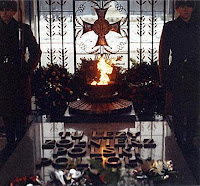 ...
Today in Poland they celebrate the 100 years of the so called battle of Warsaw - or the Warsaw operation as there was no single battle but a number of engagements fought  from the north  near Torun to the south near Dubienka & Chelm .
see the maps by general Sikorski 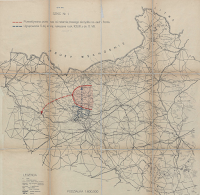 The Polish Nation is the true hero of this victory over the Bolsheviks, and some of the forgotten leaders of the conflict are:

General Tadeusz Jordan-Rozwadowski - the mastermind of the victory , here with the generals Zagorski and Sikorski.

General Wladyslaw Sikorski - eg his 1928 work on the war available 'libre' from the Wielkopolska Digital Library. - his 5th army delivered the victory at the Battle of Warsaw

and countless others, including the American pilot Merian C. Cooper

and other Americans (of the 7th Kosciuszko Squadron) commanded by colonel Cedric Erald Fauntleroy  who in the photo below is about to received his Virtuti Miltiari Cross. 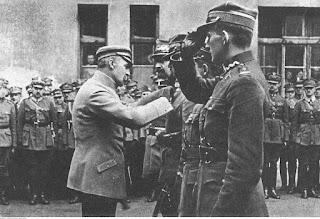 and many, many other known and unknown soldiers who fought bravely in furtherance of the Polish victory under the overall command of Jozef Pilsudski.

ps
Belarus has been in upheaval since the last Sunday elections -  we are witnessing our brothers and sisters, including our Belarusian Polonia,  in more or less open defiance and resistance to their current almost three decades-long leadership - may they achieve what is best for them - Buona Fortuna!