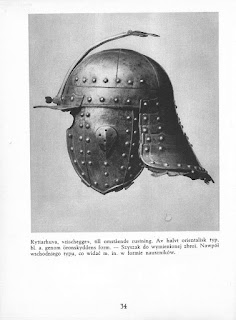 Polish Arms website  has made available Polonica  a free-to-download ebook of the rarest kind and quality, namely a 1943 photo album being the collection(in Swedish and Polish) of some of the Old Polish historic artifacts held at the Royal Armory in Sweden.
The description from their page:


“Polonica” is a small catalogue of 60 Polish objects kept in the
Livrustkammaren collection in Stockholm.
This small but informative booklet is written in Swedish and Polish
but pdf file which is for free was ocr-ed, it means the text can be highlighted
and copied by a user, for convenient use in on-line translators.
The book consist of black & white pictures of the most important objects
that were either given to Swedish kings or became spoils of war
in 1655-1656 and 1702-1706, when Swedish army invaded Poland. 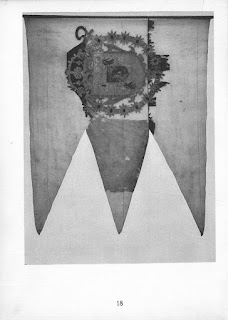 Please note, that the Stockholm Roll is no longer in Stockholm, as painting was returned by Olof Palme to Polish care and custody at the Warsaw Royal Castle in 1974.
For the last month or so the Rolka (Roll) had been on display  at the Royal Castle, but the exhibit closed yesterday.
Valete