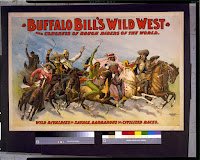 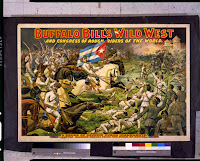 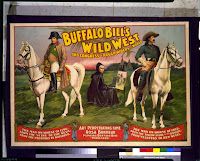 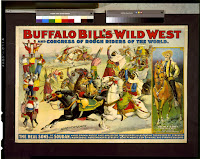 nota bene after some discussion on our Facebook horse group I found some Polish press articles about the Buffalo Bill's show visiting southern Poland (under the Austro-Hungarian empire) in the beginning of the XX century, so in the future I shall look at them closer. But in general Polish media of the period - daily newspapers from Lwow and Krakow - were hostile towards the show, not only because the managers of the show treated Polish provinces as some sort of German eastern lands, where German was spoken. "Austrian' Poland was the horse country, especially in her eastern parts, with large horse exports all over Europe(including France and Great Britain) and Polish commentators knew much about horses and horse riding
Valete
Posted by Dario T. W. at Monday, March 18, 2019

all images are from Wiki Commons -