French army as saviors in Syria and Lebanon 1860AD

almost 157 years ago French emperor Napoleon III sent his troops to save the Christians in Ottoman province of Syria (including Lebanon,) where they were under the direct  assault from their  Druze feudal lords and also local Muslim population as well as the Bedouins and marauding Kurds, trying in vain to protect their own villages and towns ( article from 1860 New York Times ). Historic image of the French troops marching to Damascus. Two books from the period - from 1860 and 1885. 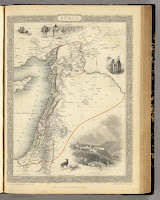 There is some interesting artwork from the era 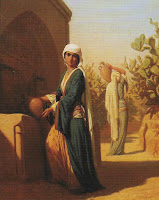 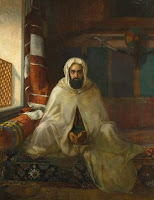 an Algerian warlord living in exile in the Ottoman Empire, played a heroic role in saving many Christians (and Europeans) from massacre in Damascus - his letter from 1860 AD - eventually he was praised by the Western leaders for his gallant conduct,  including our president Abraham Lincoln, who gave him these pistols 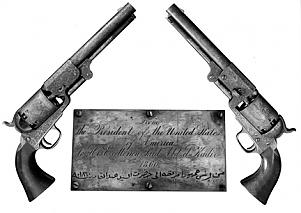 Perhaps our Western democracies should protect the Christians in Egypt by showing some muscle (we pay so much in our taxes for the military) - the last massacre of the Coptic pilgrims (many children like in Manchester ), including these 8 pilgrims from Illinois, USA, was most heinous.
eh...
Posted by Dario T. W. at Tuesday, May 30, 2017

Heinous attack - ISIS killing children and women in Baghdad, Iraq http://www.dailymail.co.uk/news/article-4553620/ISIS-car-bomb-ICE-CREAM-parlour-Baghdad.html
as they are losing ground in Iraq http://www.jpost.com/Middle-East/Iran-News/Iranian-backed-militias-reach-Iraq-Syria-border-494286
unfortunately the Southeast Asia is seeing the explosion of ISIS activity http://www.atimes.com/article/islamic-state-jihad-explodes-southeast-asia/