1177 BC: The Year Civilization Collapsed - videos

salve,
Let us pivot a bit from Central Europe and our early modern warrior-cavalryman winged hussar  to the eastern Mediterranean, into the world of the great Bronze Age civilizations that around 1200 BC collapsed suddenly under the might of many factors that apparently overcame  them at once, or how it appears to have taken place according to the researchers.

Naturally I have a lot of interest in the Bronze Age civilization and studied it a bit at the university, especially interesting is the moment in history when we see the  arrival of the chariot and horse in the eastern and southern Mediterranean states like Egypt, Canaan, Anatolia and so on around XVII century BC.
The collapse of the Bronze Age civilisation [here a short entry from the Ancient Warfare magazine ] is very intriguing.
I am most interested in the Indo-Europeans: for obvious reasons the people who domesticated the horse, invented two-wheel chariotry and trained horses for war and hunt. 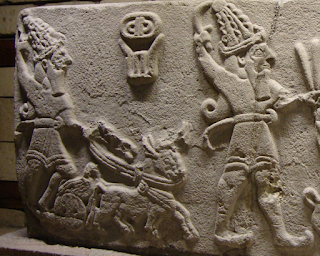 the Hittites, [there are two short  studies on their military - Hittite Warrior, and Hittite Fortifications 1650-700], and the Bible History Daily has this article on the last days of Hattusa.

and proto-Greeks also known as 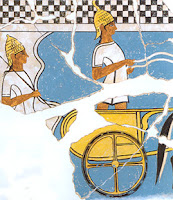 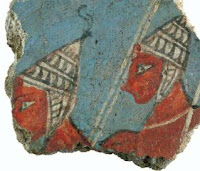 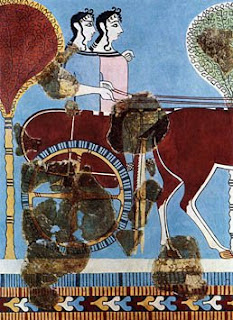 the Mycenaeans (study of their citadels Mycenaean Citadels c. 1350-1200 BC and another study about Troy's fortifications)
and Sea Peoples, 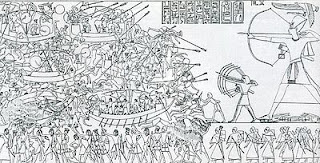 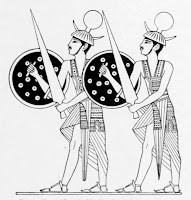 Egyptians and their New Kingdom are also of great interest to me as well, their horses and chariotry especially - short study on their military here - with great Angus McBride plates, also there is a much better book on the New Kingdom's military. 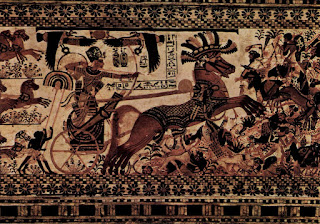 Also the Canaanites and Minoans hold my interest, the Mionoans famous for the Minotaur myth and the bull dancers (and their figurative art in general) 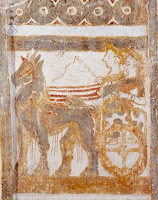 since they all had much developed horse culture  and chariotry.
There is this rather very weak study of the Bronze Age chariotry.
Previously I have read Robert Drews' books on the subject
* The End of The Bronze Age: Changes in Warfare and the Catastrophe ca. 1200 B.C [a review by D. Gill ]
* The Coming Of The Greeks: Indo-European Conquests in the Aegean and The * Near East [a review in French by H. Cassimatis ]
* Early Riders: The Beginnings of Mounted Warfare in Asia and Europe [a review by Denis Sinor ] but would like to read this one.
Also, Nicolas Grguric study
* The Mycenaens c. 16500-1100 BC
and lately there are newer and much more radical and exciting studies by  Raffaele D'Amato & Andrea Salimbeti [messer Andrea fabulous website]  :
* Bronze Age Greek Warrior 1600-1100 BC.
*  Sea Peoples of the Bronze Age Mediterranean c.1400 BC-1000BC. 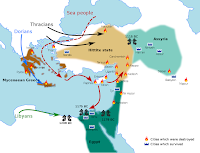 Going back to the tittle work, the 1177BC author Eric H. Cline was recorded giving these lectures on the very subject:
video from 2015 [link]
video from 2016 [link]
Yale lecture  [link]
Getty Villa lecture [link]
Sailing the Wine Dark Seas  - another lecture [link]

One of my more favorite books as per reconstructions is the work by Peter Connolly on the ancient world of Odysseus and Achilles.

a different lecture on the same subject - Bronze Age collapse

..and do read (Chapman's translation) or read and listen to the Iliad - eg this recording of Buckley's translation  (also can be view in a form of graphic story telling  ) and the Odyssey.
enjoy
Posted by Dario T. W. at Wednesday, May 10, 2017

A lecture covering the culture, religion, and Biblical backgrounds of the Canaanites, Philistines, and the Phoenicians. https://www.youtube.com/watch?v=1kIUTezCATQ

and another lecture about Philistines https://www.youtube.com/watch?v=NJC8OAhm1f4