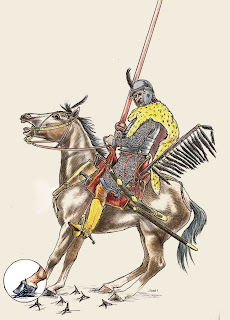 Salve,
a little drawing of a hussar stopping his charge due to caltrops, that had been spread by the enemy infantry. In Polish this device was called a 'czośnik' (plural - czośniki).
Normal battlefield occurrence in Europe and in Asia Minor from the Alexander the Great era through early modern warfare, obviously used by the infantry against  cavalry but also could be used against the infantry. 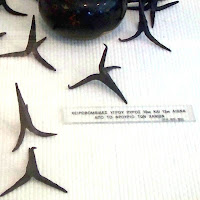