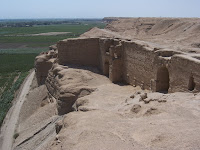 just a link to a podcast on the ancient military history and archaeology in context of the famous archaeological site of the Roman  fortress of Dura known as Dura-Europos, in present day Syria. 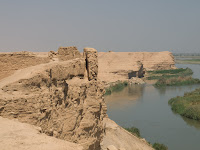 I came across this podcast - The Ancients.
and one of their interviews includes a conversation/interview with Simon James, professor from the university of Leicester, author of the The Roman military base at Dura-Europos, Syria: an archaeological visualisation. (2019) - the review on .

The conversation is quite interesting, and easy to follow, even for many a person with rather little or no knowledge on the ancient world of this area and period.
Prof. James makes references to the present state of affairs, i.e., tremendous looting of the ancient sites during the current Syrian wars.
I am going to read the book, meantime you can read prof. James' article on the combat, stratagems, and chemical warfare aspects of the siege of Dura (from Academia). 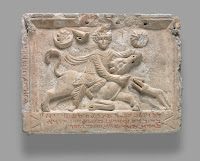 and if you like to read some good story telling - Harry Sidebottom's novel - 'Fire in the East' centered on the fictional siege of a Roman fortress on Euphrates, based on Dura and Amida sieges, is a very engaging historical novel - including lots of horse riding, fighting, old fashioned martial fidelity and passion, and last but not the least hunting lions on horseback in the desert.