Lady and Leofric and a white horse 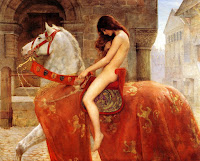 the time is as good as any - so let us travel to the legendary times, well almost, of Leofric, Earl of Mercia, and his strongly-willed wife known as lady Godiva or Godgifu of Mercia, although not in the written word, but  obviously looking at  the 'corralled' iconography below. (John Collier's painting above)

in his
there is a bit of nudity, so be forewarned  if you must.

...the history of this Anglo-Saxon Mercian Earl and his wife can be read on wiki, but we are more after the equestrian art that resulted during the XIX and XX centuries as a consequence of this mythic ride through equally  mythic Saxon Coventry (named after a convent where Saint Osburga lived in the VIII century, destroyed  during the future  King Canute's invasion of England in 1014, and which was  re-built  by earl Leofric and dedicated to St. Mary in 1043AD and the town grew around the convent and castle after the Norman Conquest).

I should note that the story is very old, really first 'recorded' by the medieval English monk Roger of Wendover in his Flores Historiarum (ended at 1236AD).
Fray Roger wrote that she had luxurious and long hair, and while in saddle  she arranged her hair around her nude body as to form a mantle that completely covered her body.
Later chroniclers added that she actually rode naked but she was supernaturally protected from the peoples' eyes, and the lonely peeping citizen became the infamous Peeing Tom.
nota bene, from the Gentleman's Magazine (and Historical Chronicle, from July to December 1826, London) - the tale of lady Godiva, Peeping Tom and the Coventry Fair 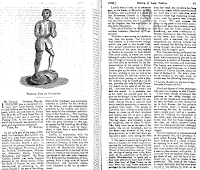 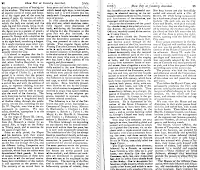 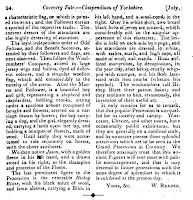 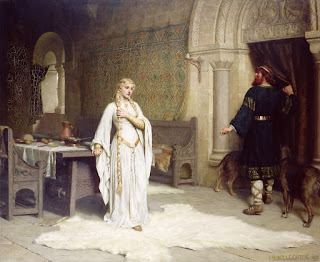 Wiki Commons has a nice gallery of these works of art - for your and mine enjoyment. 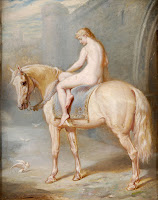 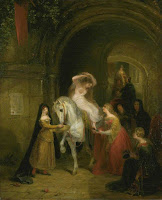 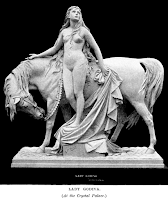 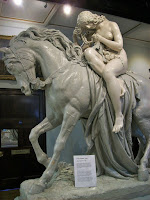 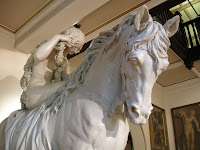 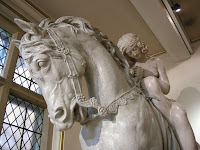 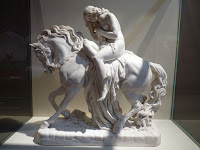 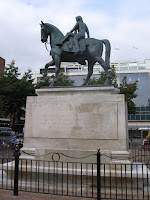 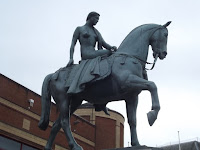