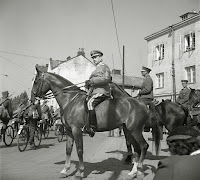 this year on November 30th the world history celebrated  the 80th anniversary of the beginning of the Soviet-Finnish War of 1939-40 or the Winter War, which was the naked and most brutal (bombing of the civilian buildings etc) aggression on Finland, and it was the most heroic war of defense and audacity, and marshal Mannerheim and his army and his people had the honor of stopping the Stalin's Red Army. (US military study of the Red Army doctrine and execution of this war).
In spite of the French, British and American outcry, the western powers of the late 1939 did nothringFinland's defense led by Mannerheim was left to their own designs and steadfastness, with some Swedish armament shipments, and due to their bravery and careful planning (like the use of fixed defenses of the Mannerheim Line, built between 1920 through 1930s) there were able to bring the war to a standstill, saving the most of the country but losing valuable Karelia to Stalin.


the author of this defensive war was the scion of the Swedish aristocratic family settled in Finland since the XVIIIc  baron Carl G.E.Mannerheim, who was the consummate cavalryman, schooled in riding at the Imperial Russian military riding schools, uhlan and chevalier guard officer, and commander of  13th Vladimir Uhlan Regiment (until 1911) and Life Guard Uhlan Regiment of His Imperial Majesty (until 1913) - both in Warsaw, Russian Poland. During the World War I's first year he commanded(?)  the Independent Life Guard Cavalry Brigade, fighting on the front against the forces of the Germany and Austro-Hungarian Empires -eg action on Krasnik. Then he commanded the 12 Cavalry Division until 1917.

In Finland he became the cavalry commander and the military leader and fought on the side of Whites during the War of Liberty (on Wiki this conflict is called the Finnish Civil War). Next year he again served as the leader, thus secured the Finnish independence and transition to from the Grand Duchy of Finland to Finnish Republic in 1919.
His leadership was instrumental in the survival of Finland during the War World Two, allying the Finns with the Nazi Germany against the mortal danger posed by the Soviet Union until 1944 and going over the Allied side, this securing the Finnish territorial integrity and survival.

It is known that he rode Filip across Asia to Pekin (today Beijing), Neptune was his horse in Finland in 1918, and later he rode Andermann that died in 1939. After that he rode Kathy.
More about Neptune and Kathy below -
Neptune - was a  medal winning Olympic dressage horse, that is Swedish officer major Gustaf Adolf Boltenstern won silver medal in dressage in 1912 Olympic Games in Stockholm, Kingdom of Sweden, and in 1918 Neptune was sold to Mannerheim. 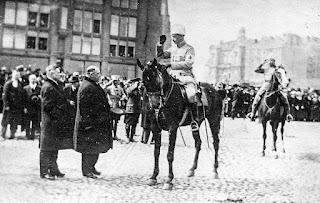 Kathy - was his horse in the 1930s until the end that is the Mannerheim funeral - . 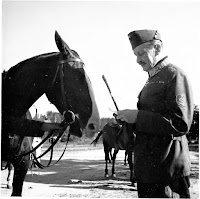 below photos of Neptune and Kathy under marshal Mannerheim: 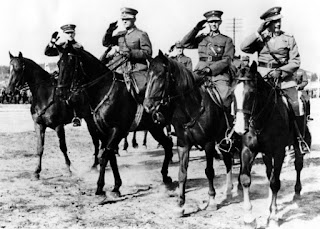 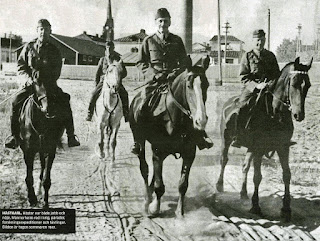 perhaps Andermann being ridden by Mannerheim 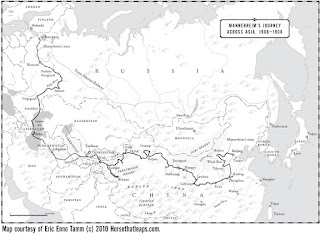 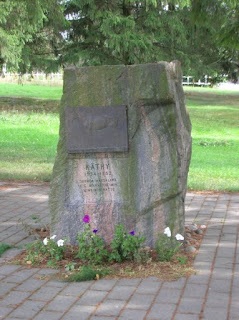